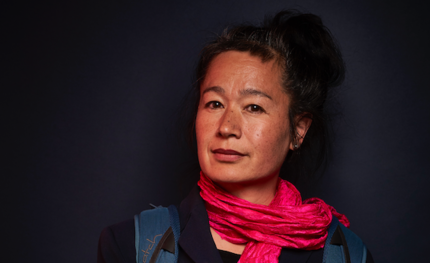 Artist and documentary filmmaker Hito Steyerl on Wednesday said she would decline one of Germany’s most prestigious civilian honors, the Federal Cross of Merit. In a letter published in the German weekly Die Zeit, the Munich-born artist, who is known for her work investigating militarization, surveillance migration, and the global dissemination of images, pointed to the government’s handling of the Covid-19 crisis as the reason behind her rejection of the award, considered the equivalent of a British knighthood or the French Legion of Honor. Previous recipients of the award include art historian Paul Dujardin and artists Neo Rauch and Wolfgang Tillmans.

Steyerl, a university professor, decried German officials’ uneven response to the pandemic, which she cast as confusing, “half-baked and unendless,” and unfavorable to the fields of culture and education while remaining relatively lax in relation to commercial interests. Contending that she was not a lockdown opponent, Steryl noted that she “couldn’t meet any students for almost three semesters. However,” she continued, “it would have been no problem for me as a director to shoot commercials or reality TV elimination competitions almost all the time. How is system relevance defined here? Not to mention culture?”

Steyerl, who is of Japanese ancestry, also accused German authorities of “diversity-washing” in awarding her the honor. The artist noted that officials should first deal with the country’s recent spike in racist and anti-Semitic rhetoric. Steyerl has a history of calling out the German government: In 2019, she condemned the German government for supplying arms to Turkey and for its complicity in the offensive military action Turkish forces carried out in a Kurdish-held area of northern Syria. The artist additionally demanded that German federal institutions stop showing her work until the sale of weapons ceased.