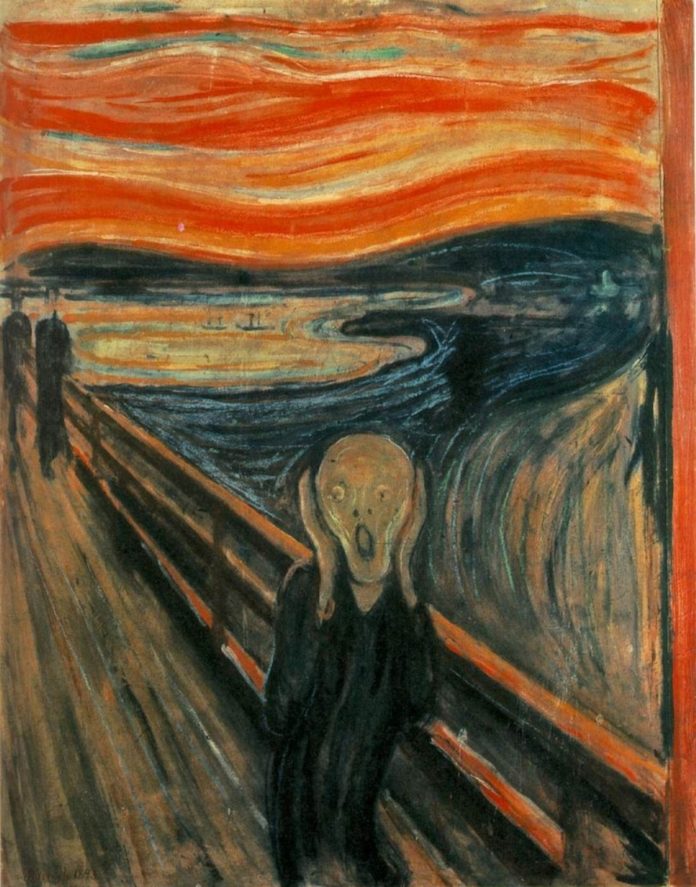 It is art’s most recognizable face. It has the emotion of anxiety. We will introduce you to the facts that you probably didn’t know. 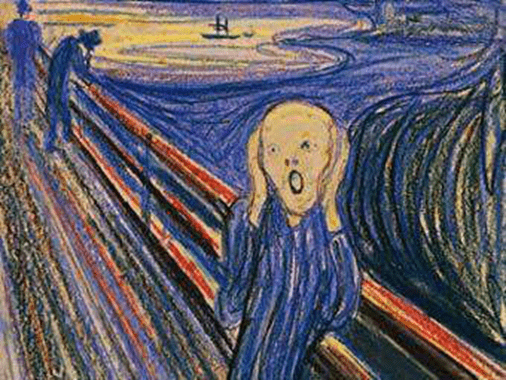 There are two paintings of The Scream (one at the Oslo National Gallery and one at the Munch Museum), two pastels, and some engraving. The 1895 pastel was auctioned for £74 million, it’s one of the most expensive pieces of art ever bought.

The first version of Munch showed was a painting. The second version was the lithograph called ‘The Scream’ printed in the German language under a picture. The printed pictures were crucial to establishing his transborder reputation as a painter.

In 1994, thieves climbed into a window, took a picture from the  National Gallery in Oslo, and fled. Fortunately, 3 months later, the painting was found and returned to the museum. In 2004, armed militants broke into the Munch Museum and stole another version of The Scream and artist’s «Madonna» (also known as «Conception» and «Loving Woman») 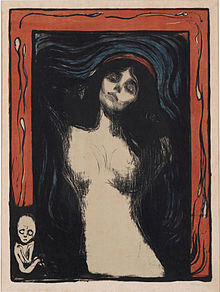 Both paintings remained missing until 2006, out of fear they may have been damaged in the operation, and destroyed. 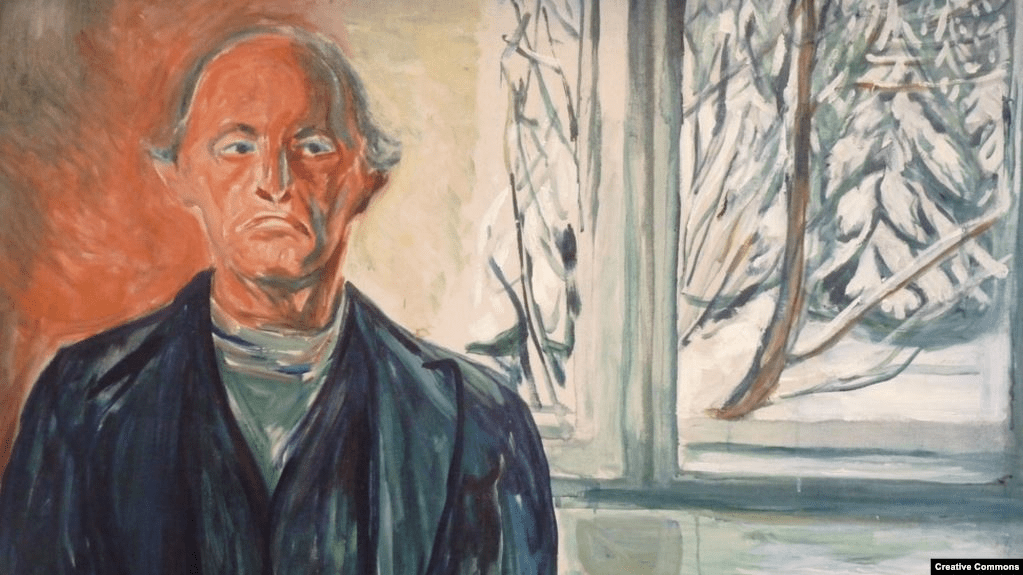 He wanted people to see how paintings change over the years. How they naturally become old, maybe cracking somewhere or paint crumbled. He wasn’t afraid to leave them in the air or near an open window in the sun. Pictures must be able to fend for themselves.

5. This drawing  of Despair from 1892 made before The Scream, and probably introduces the life part of isolation Munch felt just before the ‘scream ripped through nature’ 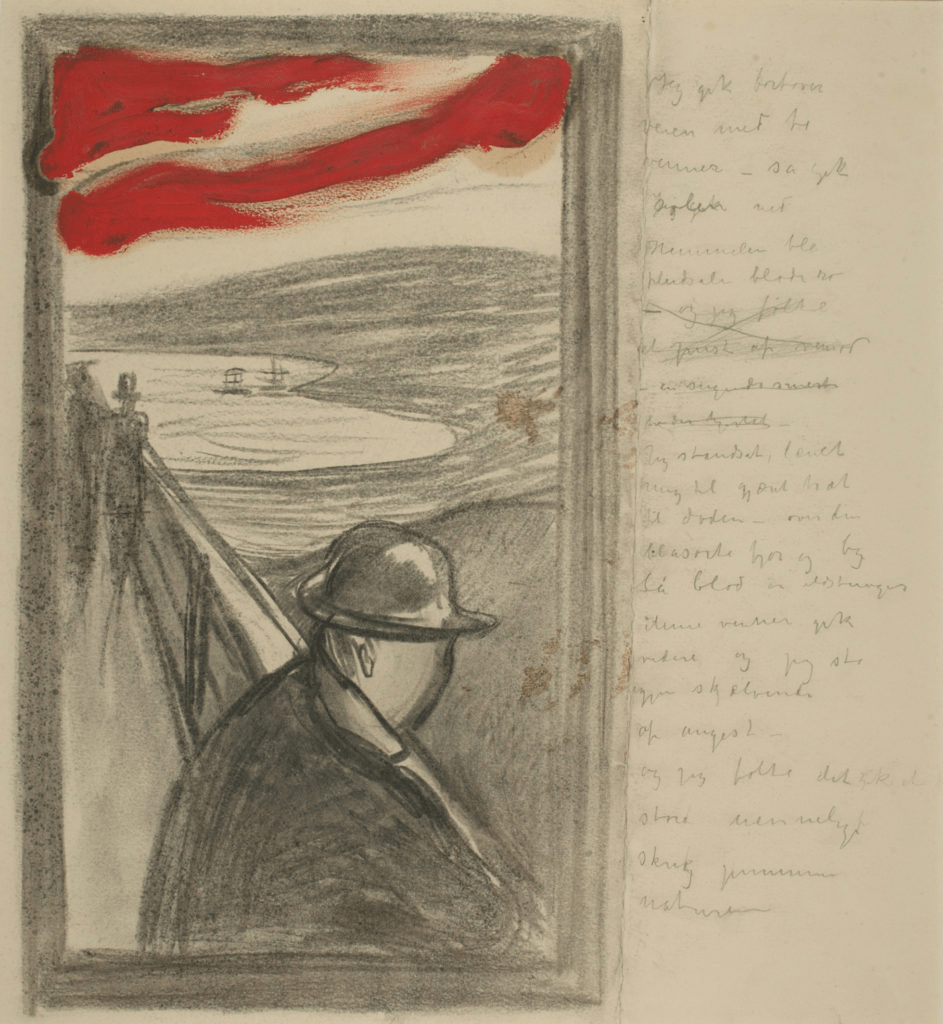 Munch recalls this experience “ I felt tired, so leaning against the fence. My friends are gone. I was trembling with anxiety”. «The Scream» is the most powerful and recognizable painting by Munch.

The original name of the picture was supposed to be ” The Scream of Nature. ” It was printed in the German language under the picture.

The figure is trying to close itself from external noise and from a hectic world. The figure has no gender.

Only “The Great Wave” by Japanese artist Katsushika Hokusai (1760–1849) can compete with “The scream”. But definitely not in popularity.

People keep talking about this picture. Use in songs, drawings, caricatures, psychology, cartoons, and Halloween masks to film. 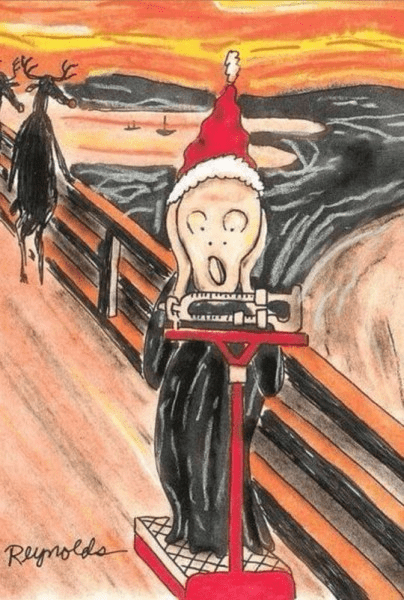 There is a belief that all versions of “Scream” are cursed. Mysticism is confirmed by real cases. Dozens of people who had contact with the canvases felt ill, have been quarreling with love people, felt into a severe depression, or suddenly died. All this was created unpleasant fame for the paintings. Once an employee of a museum in Oslo accidentally dropped a canvas. After some time, he began to have terrible headaches, seizures became stronger, and in the end, he committed suicide. Museum visitors are still looking at the picture with apprehension. 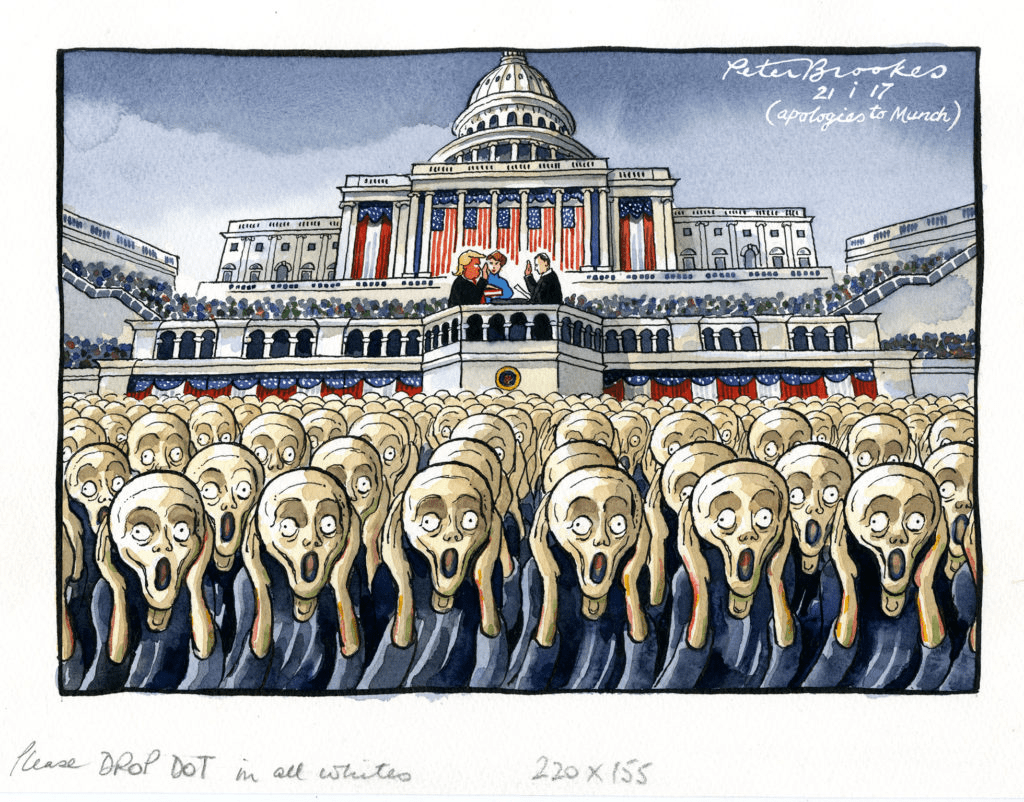