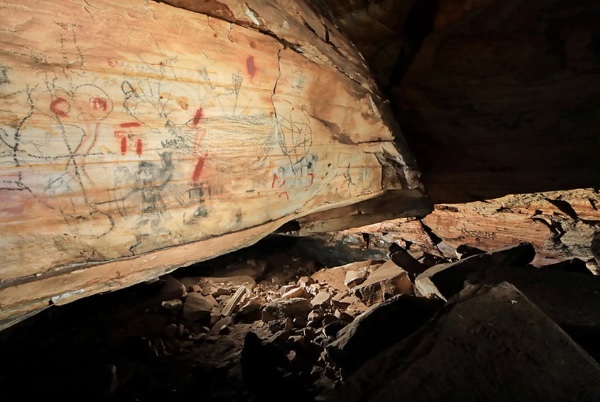 The latest National Trust for Historic Preservation list of endangered sites includes a cave of ancient pictographs in Missouri and the Hamptons home of painters James Brooks and Charlotte Park.

The National Trust for Historic Preservation has published its annual report highlighting the most “endangered” sites in the US. The list includes 11 architectural and culture heritage sites that are threatened by neglect, encroaching development, climate change and other factors.

Some of the sites identified in the report include a school on the US island territory of Guam that was designed by the Modernist architect Richard Neutra, which has been unusable and vacant since 2013, and the home and studios of the Abstract Expressionist painters James Brooks and Charlotte Park in East Hampton, New York, a deteriorating 11-acre property that was abandoned after Park’s death in 2010.

Another site listed is the Picture Cave in Missouri, a 43-acre cavern that contains Osage burial sites and hundreds of stylised pictographs dating from around 915 to 1066. The site has been heavily vandalised and looted, and last year it was sold for $2.2m to a limited liability company, prompting concern from the Osage Nation that the paintings could be modified and that public access to site will be restricted.

Since its founding in 1949, the National Trust for Historic Preservation, a private non-profit organisation that raises funds for the conservation of hertiage sites, has identified 300 at-risk sites, with less than 5% of the sites being lost.

“These places give us a better understanding of the complex history of our nation and allow us to explore the ideas that continue to challenge us,” Paul Edmondson, the president of the organisation, says in a statement. “With each year’s list, we are making greater strides in our effort to expand the work of preservation to tell the full American story.”