For Mona Ardeleanu, fabrics convey emotions. At the same time, they form the border between the inner and outer world, providing protection from the cold or glances. The patterns and shapes shown create associations with canopies, lanterns, and lace doilies.

Mona Ardelenau non-hierarchically proceeds from European and Asian traditions. The important sources of inspiration for the artist are design and handicrafts. This manifests itself in artful drapery, weaving, and weaving, as well as in references to craft aids such as embroidery or weaving frames.

The works by Mona Ardeleanu fluctuate between the figurative and the abstract; they are indefinable hybrids that appear on canvas only as objects of surreal fantasy. The spontaneity of creativity contrasts with a beautiful painting.

The pieces by Mona Ardeleanu are precisely composed and executed with almost ancient virtuoso precision. Mona Ardeleanu works on a flat canvas surface, but the draperies of her fabrics create the illusion of three-dimensional space.

Outlined silhouettes, hair, and braids give the impression of physicality, Ardeleanu herself calls her objects bodies.  They usually float in monochrome painting spaces, further emphasizing their fantastic character and sculpture. However, Mona Ardeleanu is increasingly softening this strict pattern. 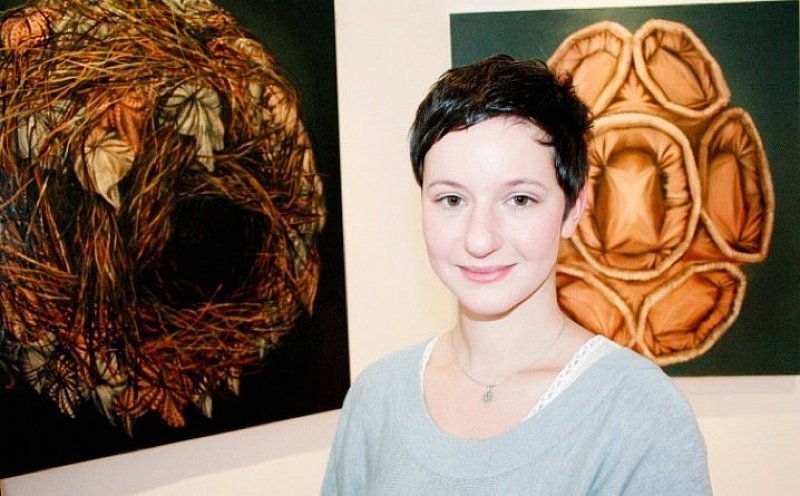 Upon closer examination, the seeming calmness and harmony of the compositions are disturbed by distortions and fractures of surfaces. Looking at them is a game of perception. Mona Ardeleanus structures only exist on canvas and therefore should not take physical laws or historical accuracy into account.

KÖNIG GALERIE was established in Berlin by Johann Koenig in 2002. The gallery currently represents 40 international emergings and established artists. They are mostly from the younger generation. Artist Mona Ardelyanu has joined the König Galerie in Berlin, where she will open a solo exhibition on April 29.

The König Galerie program focuses on interdisciplinary, conceptual, and space-based approaches in a variety of media, including sculpture, video, sound, painting, printmaking, photography, and performance.

The featured artists hold solo exhibitions at institutions around the world and regularly participate in prestigious group exhibitions such as Documenta and the Venice Biennale, Berlin, New York and others.

They have received many important prizes, orders, and outdoor projects. In 2019, artist Natasha Süder Happelmann presented an artistic contribution for the German Pavilion at the 58th International Art Exhibition La Biennale di Venezia. In addition, the König Gallery publishes a bi-annual magazine that features represented artists and their communities.