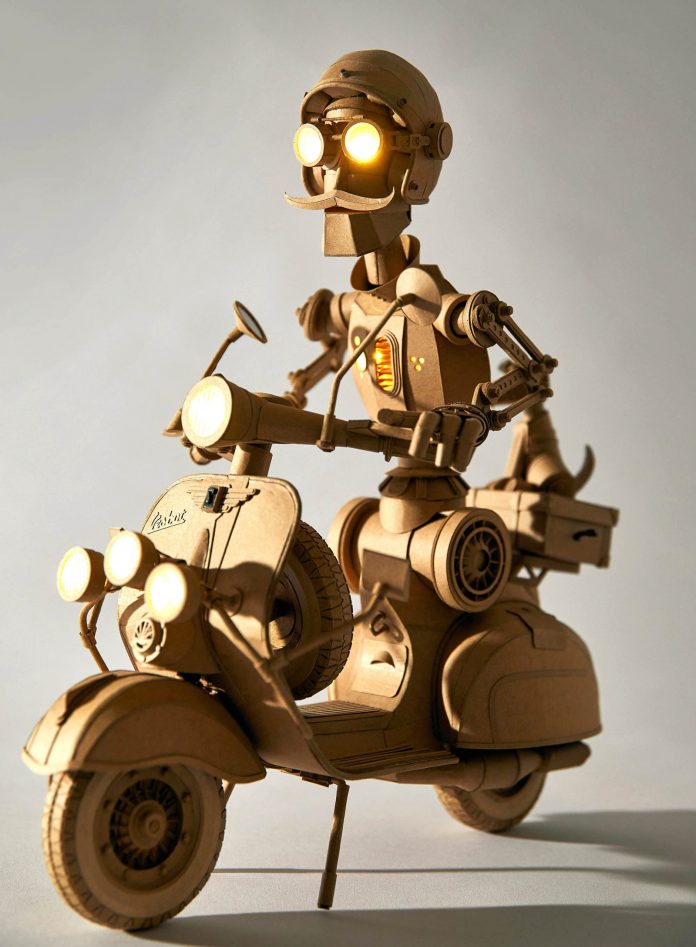 Imbued with a penchant for adventure, Greg Olijnyk’s cardboard robots are ready to zoom around on a Vesbot or dodge oncoming bumper cars. The fully operative sculptures have bendable limbs, spinning wheels, and glowing LED lights that add an ambiance to “Speedybot Dodgem” and serve as functioning headlights. Olijnyk also created a robotic dog that’s perched on the back of the scooter as an intrepid companion.

The artist’s recent sculptures are similar to his previous projects that are influenced by science fiction. He tells Colossal that he has “a fascination with mechanical shapes, girders and, of course, robots, resulting in original works that hopefully, tell a bit of a story.” Each piece has potential for movement, whether it be a figure who’s descended into a crouch or another with its hands positioned on its hips.

Based in Melbourne, Olijnyk is a full-time graphic designer and says he transitions to 3D, analog projects as a way to contrast his daily digital work. Follow him on Instagram to see step-by-step process shots and check out the playful escapades his mustachioed robots and their pets undertake next. 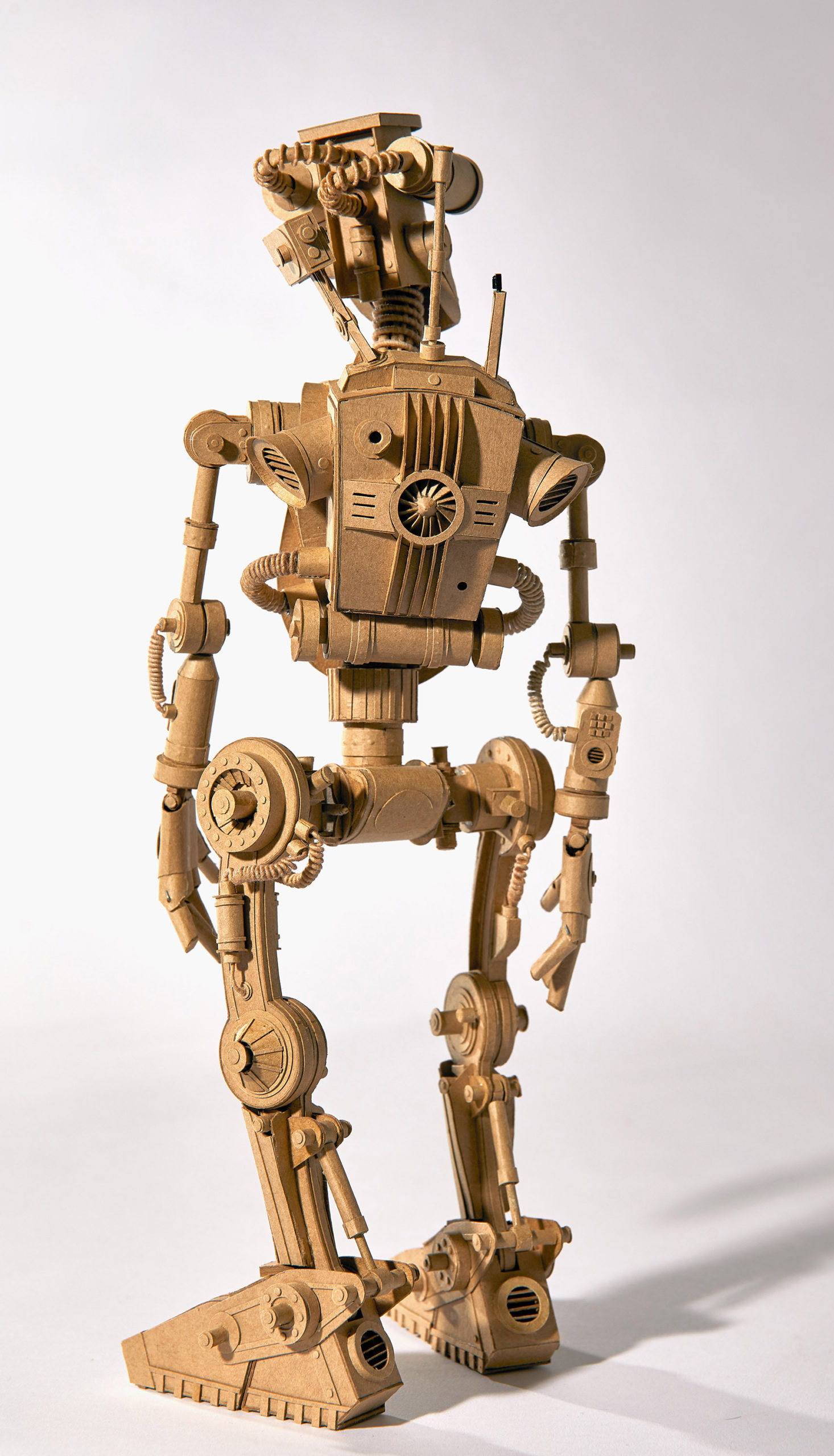