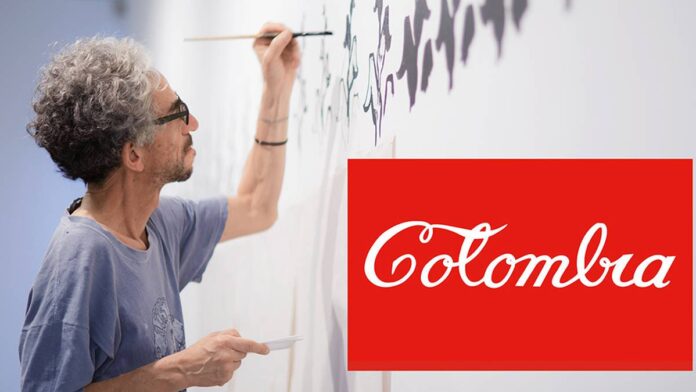 Antonio Caro, a Colombian artist whose work fiercely criticized commercialism in his home country, died at the age of 71. Bogotá Gallery Casas Riegner, representing the artist, announced this on social networks, calling him one of the most prominent representatives of Colombian art from the seventies to the present day. Bogotá-based City Paper reported that he died of heart failure.

Caro is best known for his paintings of the Coca-Cola logo and the name of the famous soda company replaced by Columbia. In these works, swirling letters are set against a monochromatic background, although in one painting owned by the Tate in London, Caro contrasts the word with the colors of the Colombian flag, making the political context for Coca-Cola’s creations explicit.

Through such paintings, Caro showed that capitalism from the United States was actually imported to Colombia. Many included Caro in the history of conceptual art, which marked a turn from aesthetics to ideas about what art was and questioned the methods of its presentation.

He was included in the landmark 1999 Global Conceptualism exhibition at the Queens Museum in New York, where his art was shown alongside works by Yves Klein, Ian Dibbets, Yoko Ono, Elio Oitichiki, the Hi-Red Center, and others.

The artist Louis Kamnitzer, who served as the lead curator of this exhibition, had written that Caro may be within the artistic movement that had been known since the 1960s as conceptualism. But it also fits into something broader and more culturally important. Сaro is in a sense a visual guerrilla.

Caro was born in 1950 in Bogota, where he worked throughout his career, and was also known for works such as Aquí no cabe el Arte (Art Does Not Fit Here) 1972, in which he wrote the names of the band members of the Guajibo community and university students killed by police during protests.

Antonio Caro began showing work in the late 60s in Bogota. Antonio Caro’s idea-based works are rooted in the social issues of his country. The conceptual artist became an important figure in global art.

Antonio Caro’s idea-based works are rooted in the social issues of his country. He has developed humorous and highly distinctive visual language with an emphasis on text and other graphic elements. 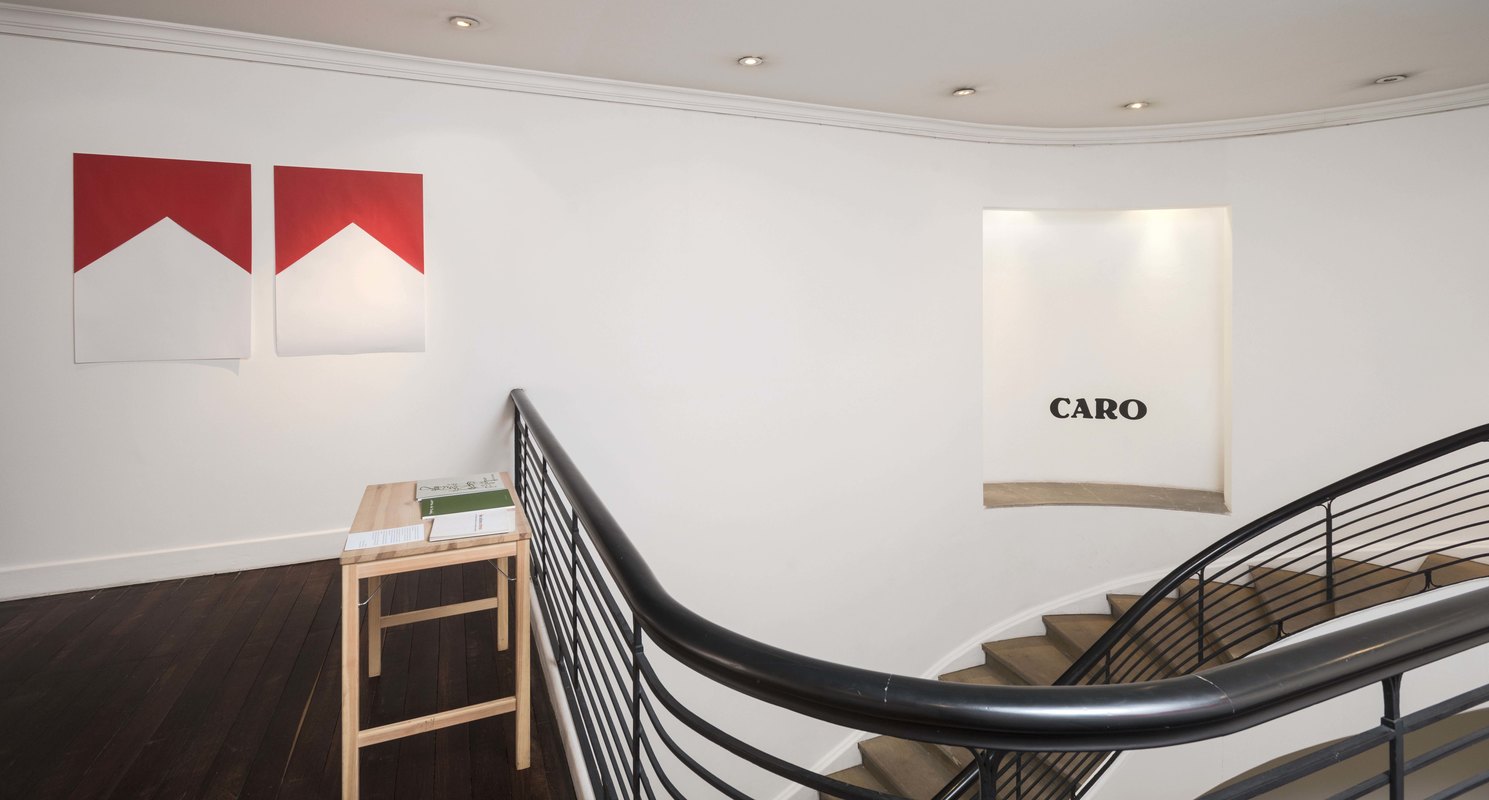 Some of his most famous works use and use typography from iconic international advertising brands such as Coca-Cola and Marlboro to comment on the social and political conditions of his native Colombia and their relationship to the imperialist and capitalist power hierarchies that are now taking over their reality.

Although the conceptual artist initially gained notoriety as a conceptual artist, over the years his practice has resisted categorization, easy commercialization – thanks to his choice of materials such as salt, achiote, cardboard, and scraps of paper – and has consistently questioned the label of political art through its distinctive the use of sarcasm, wit and a critical sense of humor.

Antonio Caro was not only Colombia’s great master of conceptual art. He was a locomotive, a great rebel, and a great example for his entire generation and for two or three more generations.

His Colombia, written in Coca-Cola letters, is a classic of Latin American art. This link is as great and powerful as Botero’s work, it has appeared on the covers of specialized magazines several times and has been exhibited in places like Georges Pompidou.

Antonio Caro studied at the Fine Arts Department of the National University. He entered with one of the best results on admission. But to compensate for this historic surge, he says, he took on the responsibility of becoming one of his worst students and ended up getting kicked out of college. He said that they should never have let him in as he was blind and had no fine motor skills.

His work was conceptual. His early accomplice was another great rebel of Colombian art: Bernardo Salcedo. Antonio Caro said that he completed his education. In 1976, his Columbia caused a scandal at the National Hall.

He received an honorable mention, and his name began to sound everywhere. He was a cool guy who only made noise with his presence. A few years after his Columbia, he was not admitted to the National Salon, and in order to remedy the situation, the Belarc Gallery invited him to take part in the exhibition.

The gallery was opposite the National Museum. Antonio Caro filled the walls of the Gallery with the eloquent phrase “Protect your talent”. At some point, he said goodbye to his guests in the middle of the inauguration, he went to the museum, where the National Hall was also opened, and asked the photographers to follow him because he was about to do a plastic action, and his undeniable talent closed the defense with a loud slap in the face of art critic Herman Rubiano for not letting him into the Salon.

But in addition to the stories Antonio Caro could create in an adventure novel, there is an unforgettable genius in his works. Will your phrase “Everything is very expensive” will exist and function for generations, or do you think that someday something will become very cheap? Because Antonio Caro will always be there. His most recent work was a fine performance at the Casas Riegner Gallery.

He made silk-screen printing in blue of laundry soap with the inscription “Soap Blessed Soap”. He wrote this on a display case in the gallery, and outside with soap and a hose, he invited everyone to shake his hand. 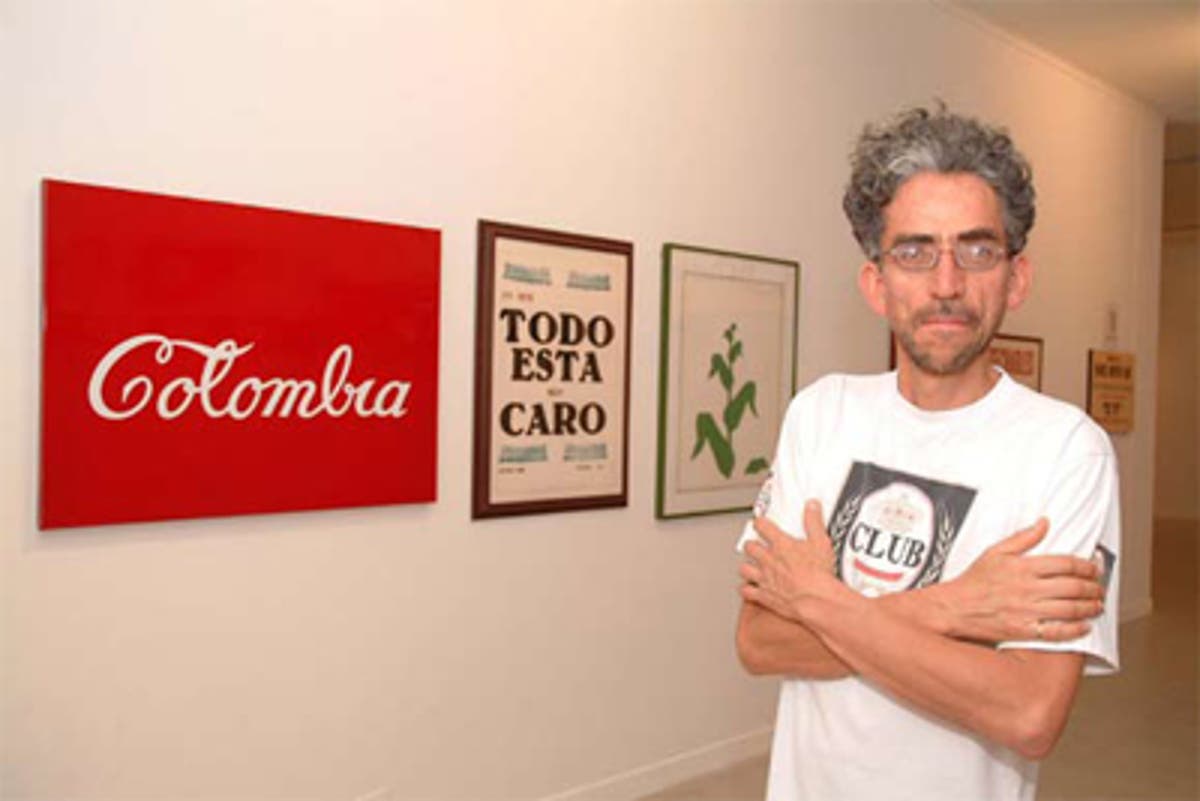 Antonio Caro (b. 1950, Bogotá, Colombia) was a contemporary artist known for his conceptualizations and iconic visuals, which often contain political commentary about his home country. Since 1970, Antonio Caro has built a career that, according to the classification of history and criticism, is a true example of conceptual art in Colombia.

Since then, Caro’s writings have encouraged a critical look at the social and political conditions in his country in terms of their academic and generally accepted historical connotations. Antonio Caro’s work is achieved through the use of informal procedures in traditional artistic practice, including photocopying, public installations, lectures, posters, and materials related to indigenous cultural traditions such as salt or achiote.

The vast majority of his work uses text as a tool to convey powerful messages but instead takes on paradoxical nuances of a political nature as a means of production and dissemination. Caro’s art can be categorized as politically charged pop art. In 1998, Caro received the prestigious Guggenheim Fellowship.

The reasons for his death are not yet known, but the last time we saw each other was a few weeks ago because of his invitation to perform for YouTube, which was recorded at Casas Riegner. He was still in good spirits, the usual heartburn, but he looked sluggish and wore slippers because his legs were swollen. Antonio Caro was unapproachable and his personal life has always been mysterious. And to ask about his health would be something of an irreparable wrong.

His remains will be covered at the Casas Riegner Gallery in Bogota. His death is a terrible blow to Colombian art. Long live Antonio Caro!