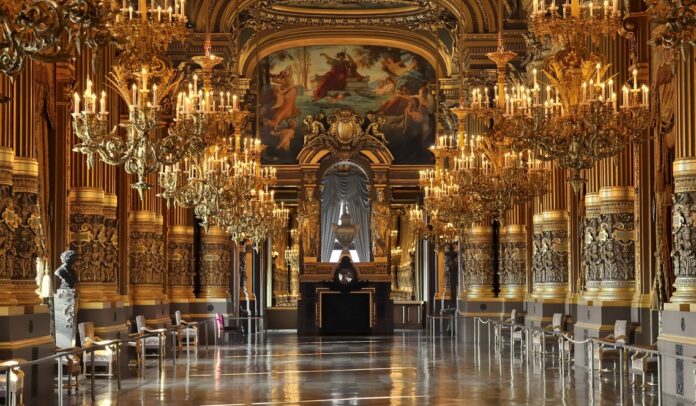 For the past year, opera lovers worldwide have had little choice but to revisit favorite productions and performances via their screens at home, but the singers, musicians, and dancers at the Paris Opera have continued, all while making their peace with pandemic life. Three members of the company described their experiences. 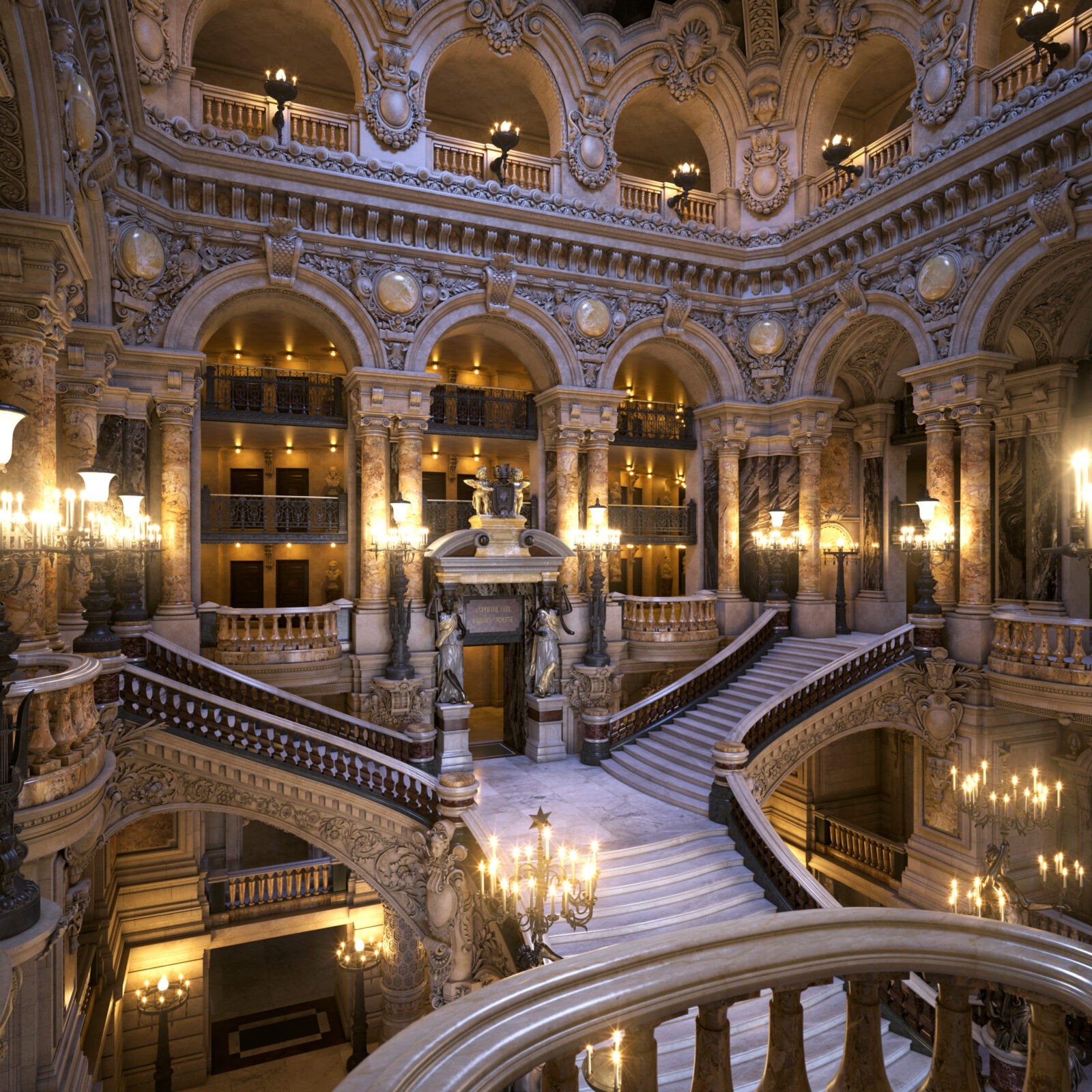 For José Luis Basso, chorus master at the Paris Opera since 2014, not even France’s penchant for strikes had prepared him for the government-ordered lockdown imposed here on March 17 last year.

“From one day to the next, we found ourselves stuck at home,” he recalled in a telephone conversation. “It was dramatic. A singer needs to practice and vocalize every day, and that’s not so easy in a city like Paris where you have neighbors and building rules. So out of a certain despair, they did these little videos as a way of expressing their anguish about being without work.”

For the most ambitious video, Mr. Basso, who rehearses and sometimes directs the group, brought together 52 of the chorus’s 110 members to record individual videos of “Nessun dorma” from Puccini’s “Turandot.” The performances were spliced together, renamed “To Say Thank You” and dedicated to health and other frontline workers. Then, in September, following a temporary reduction of infections in France, the chorus was called back to the company’s two theaters, the Palais Garnier and the Opéra Bastille.

“At first there was real fear, almost hysteria, about passing on the virus,” Mr. Basso said, “but people are more relaxed now. No operas were programmed in the fall, so we began preparing for the new productions of ‘Aïda’ and ‘Faust,’ which involved a lot of work since the chorus plays a big role in both operas.”

Despite the second wave of infections, which began in the fall and continues, “Aïda” and “Faust” have now been staged and streamed, with all but the lead singers wearing masks. “At first we didn’t know what masks to use,” Mr. Basso said, “but eventually we opted for two — one for walking around the theater and another for singing that allows projection of the voice and understanding of words.”

Yet, with some medical experts saying that we must learn to live with Covid, even when “normal” opera performances resume, masks onstage and in the orchestra pit may not be disappearing soon. “I’ve asked myself,” said Mr. Basso, 55, who in June returns to the San Carlo opera house in Naples, Italy, to become chorus master, “in the future will our choral work have to be like this?” 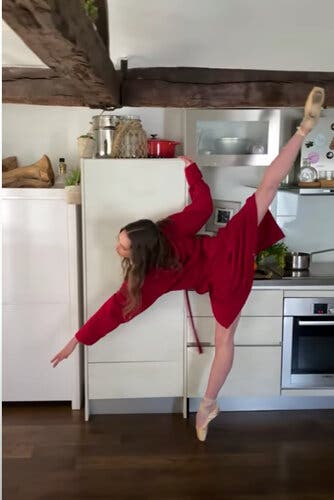 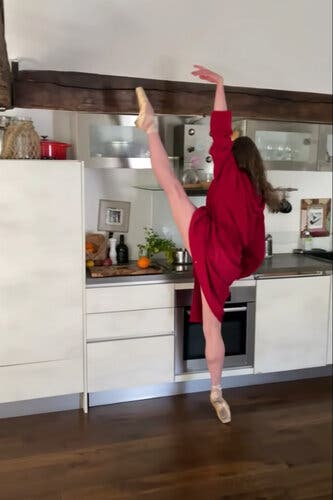 Valentine Colasante, 32, a prima ballerina at the Paris Opera Ballet, was greatly relieved when lessons from her usual teachers resumed, albeit online, as soon as the lockdown began. “This enabled us to keep up our routines,” she explained in a telephone interview, “with morning classes for coaching, dancing, muscle strengthening, and in the afternoon more specific exercises. This also meant we were in good physical condition when we could resume work.”

That came in September when the ballet corps returned to its home at the Palais Garnier, although it is still not allowed to perform before a full house. Rather, as with opera productions, performances of “La Bayadère” in December, the annual gala in January and “Le Parc” this month were recorded for rebroadcast. “One is very aware that there’s no one there,” Ms. Colasante said, “But you try to adapt like everyone else who’s having to work online.”

Covid precautions have also required wearing masks for rehearsals and for the gala’s “Ballet Parade.” “It’s the only solution we have if we want to keep on training,” she said. “When some very intense effort is called for, we can remove the mask, but we keep them on most of the time. It’s restricting, but it means we can return to the Palais Garnier to train. We are artists and we have to be ready when things return to normal.”

Like members of the Paris Opera chorus and orchestra, the ballet company found its own way of saying “merci” to health and other frontline workers. In this case, some 60 dancers were invited to improvise at home — in kitchens, halls or gardens — to a passage from Prokofiev’s ballet “Romeo and Juliet.” Using smartphones, they recorded themselves or, as in Ms. Colasante’s case, were recorded by a partner. The movie director Cédric Klapisch then edited their moves into a charming four-minute, 39-second video.

“Everyone was very enthusiastic about doing this as a sincere homage to health workers,” said Ms. Colasante, who appears briefly in a red dressing gown. “I think we all wanted to convey our emotions, to share what we were living through, to tell a story with our bodies. And I have my own four minutes as a permanent record for myself.” 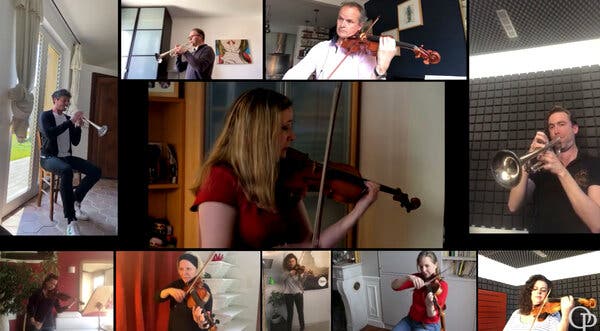 With last March’s lockdown coming soon after a lengthy strike at the Paris Opera, “we were already spending too much time at home,” Nicolas Chatenet recalled. Still, resigned to a new stoppage of perhaps three months, as the opera’s first solo trumpeter he decided to make good use of the time “to do what I couldn’t do when I was in the orchestra.”

So when orchestra members decided that they, too, would make a video dedicated to health workers, he was eager to participate. “We wanted to do something that would convey musically and emotionally how we at home were feeling about those who were working,” Mr. Chatenet, 35, explained.

The question of what to play was resolved when the orchestra welcomed a short piece called “Storm” that Mr. Chatenet had composed in 2014 for a brass ensemble. After a colleague orchestrated and trimmed the score, there came the challenge of recording 71 instrumentalists live on smartphones.

“I thought we’d have to help the sound, but we were astonished that it sounded really good,” he said. Images of nurses, doctors, hospital wards and ambulances were then spliced into the final video called “After the Storm.”

In the summer, restrictions on movements were relaxed, and Mr. Chatenet joined the opera orchestra for a live Bach concert in September and two concerts of Richard Strauss and Schönberg in October before a limited audience and under the baton of the company’s outgoing music director, Philippe Jordan.

The orchestra’s main scheduled event for the 2020-21 season, however, was Wagner’s “Ring” cycle. When a planned stage production directed by Calixto Bieito was canceled by Covid, the cycle was broadcast on the radio, again conducted by Mr. Jordan. Mr. Chatenet’s bad luck was to catch the virus at the music conservatory where he teaches, and he was forced into isolation just when his trumpet should have been sounding the “Ride of the Valkyries.”

His chance to rejoin his orchestra came last month with “Aïda.” “It was strange to be together again,” he said, “to recapture the feeling that we had when we played together every week.” But even though Mr. Chatenet never stopped practicing, the break brought an unexpected plus. “We have a 7-month-old baby,” he said, “so it’s given me a lot of time to get to know her. I was pretty lucky about that.”

Despite the fact that the world’s major theaters are closed for quarantine, famous opera productions are more accessible than ever. The management of the Paris Grand Opera has followed the example of Vienna, Berlin, Bavaria, and New York’s Metropolitan Opera, placing performances in the public domain.

On March 23, the company presented Wolfgang Amadeus Mozart’s opera Don Giovanni, about a cunning seducer who has no principles whatsoever – he seeks to defile as many girls as he can, changes masks, lies and kills. The production premiered in Venice in 1787. The image of Don Juan here is not at all as heroic and romantic as in Byron’s poem or Hollywood cinema.

Audiences can also see Gioacchino Rossini’s ballet production of The Barber of Seville (April 6-12), Jacques Offenbach’s Tales of Hoffmann (April 20-26), Georges Bizet’s Carmen (April 27-May 3), and listen to a cycle of Pyotr Tchaikovsky symphonies performed by the Paris Opera Orchestra. Stay tuned to the theater’s official website for updates.

You can also explore the grand halls of the Grand Opera, founded in 1862, remotely, thanks to the Google Arts & Culture app – the spacious concert hall and marble staircases, the halls decorated with murals, gilded columns, and sculptures, and the ceiling decorated by Marc Chagall. In addition, audiences can learn more about the history of the building’s construction, see archival photographs of the theater’s artists, and view an online exhibit devoted to the genius dancer and director of the Grand Opera, Rudolf Nureyev.

Drake Is the Surprise Angel Investor Behind the Resurgence of Luna Luna, a 1987 Art Carnival With Rides by Haring, Basquiat, and Dalí

‘A Face Is Not Just a Face’: Is It Finally Time for the Gay Gaze of Unsung Portraitist Gilbert Lewis?