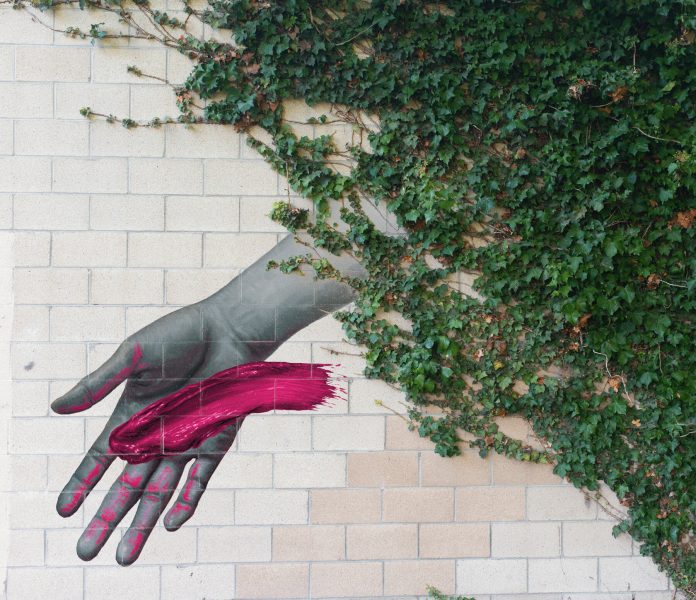 Hawaii-born artist Sean Yoro, aka Hula, pairs his illustrative murals of partial figures with bold brushstrokes that hover along building walls. Part of his Undertones series, the monochromatic pieces often feature singular hands and torsos as they reach toward or attempt to grasp the impasto-style strokes.

One especially illusory piece forgoes the bodily element and instead focuses on a singular blue stroke that seems to float through the air and cast a shadow on the brick wall behind it. “Each large scale brushstroke represents the unique passions we all hold within and what we can do with that energy once we tap into it,” said a statement on the artist’s site.

Yoro is one half of Kapu Collective, a collaborative art-and-design group concerned with environmental issues and sustainability, that he formed with his twin brother. Smaller versions of Yoro’s works are available in the collective’s shop. If you want to see the process behind some of his stylized projects, head to Instagram.