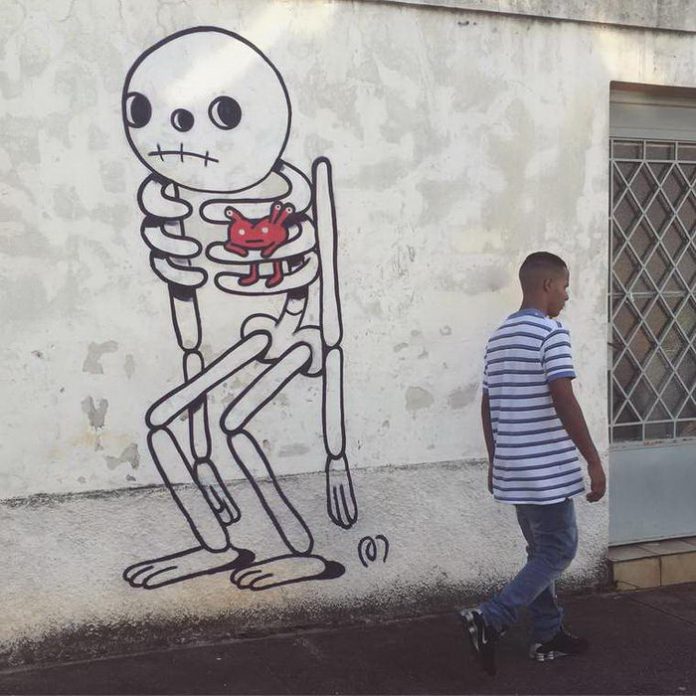 The Brazilian street artist Muretz paints completely atypical graffiti on the walls of the giant city of São Paulo. His heroes, who are most often skeletons, guys perfectly adapted to the urban space, playfully engage the curiosity of passers-by. Mauro Golin lives in Sao Paulo. The artist often goes to the streets of the city and creates new works, having previously developed sketches in a notebook. The composition is planned so as to fill the entire allotted space.

Unlike many colleagues in the workshop, who use complex colors and shapes, aggressive inscriptions in their practice, Muretz prefers black and white colors, simple but effective strokes, and rounded lines. Simplicity, purity, and meaningfulness are what characterizes his recognizable author’s style.

With laconic expressive means, the artist depicts various scenes from everyday life, conveys the emotional states of his characters.

Wall art by Muretz can be seen on the streets of not only his native São Paulo but also in London, Barcelona, and Madrid, although recently, Muretz has begun to experiment more with small-sized studio images. Today his work is featured in magazine publications, newspaper articles, cartoons, children’s book illustrations, and television shows around the world. We suggest looking at a selection of photos to get acquainted with a promising multidisciplinary artist from Brazil. 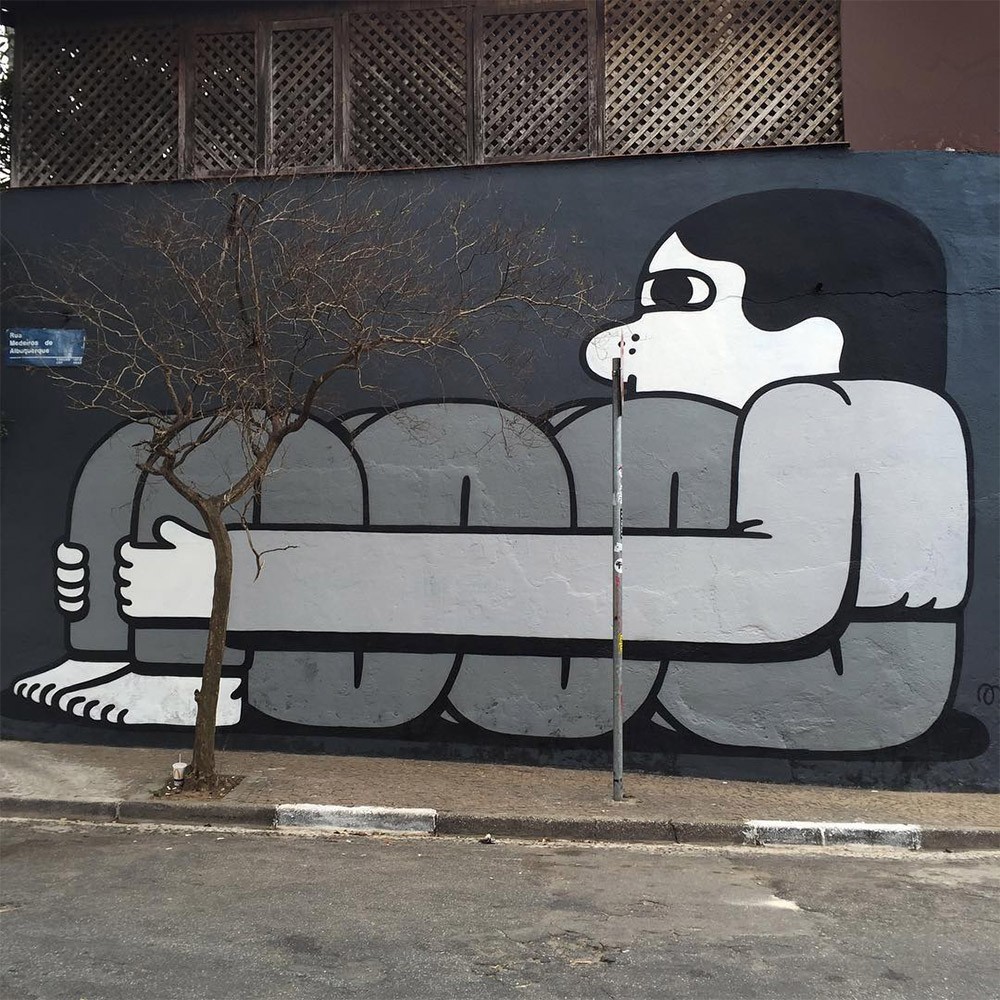 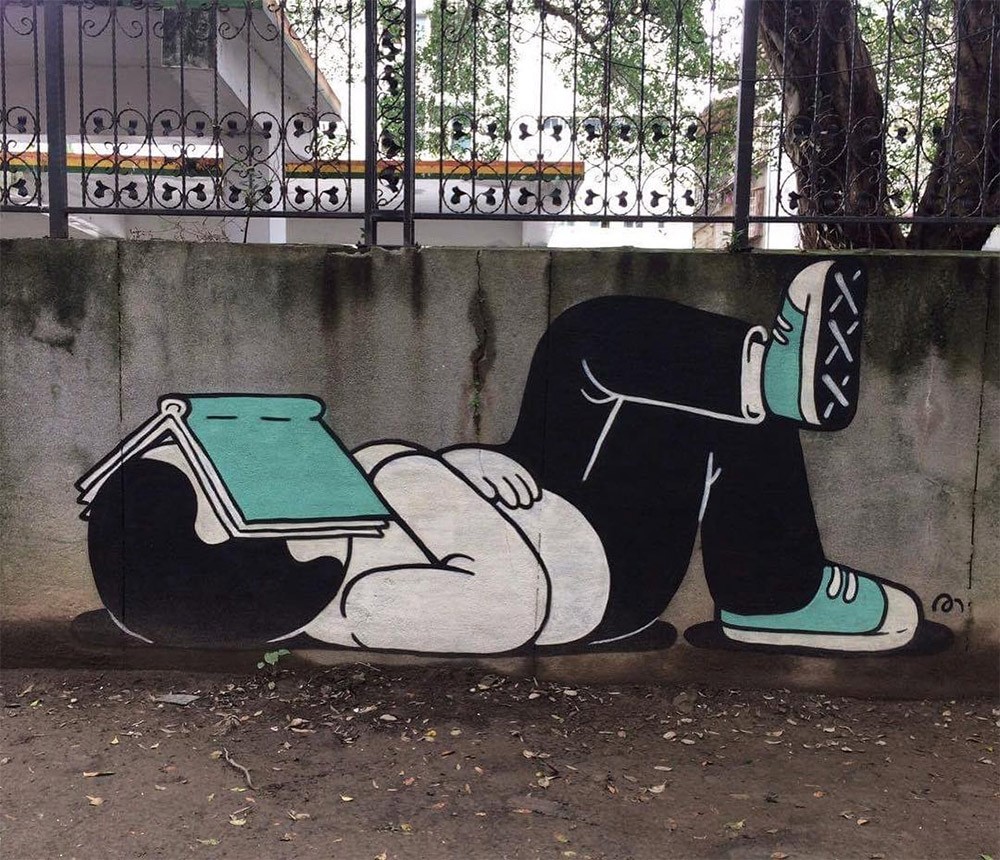 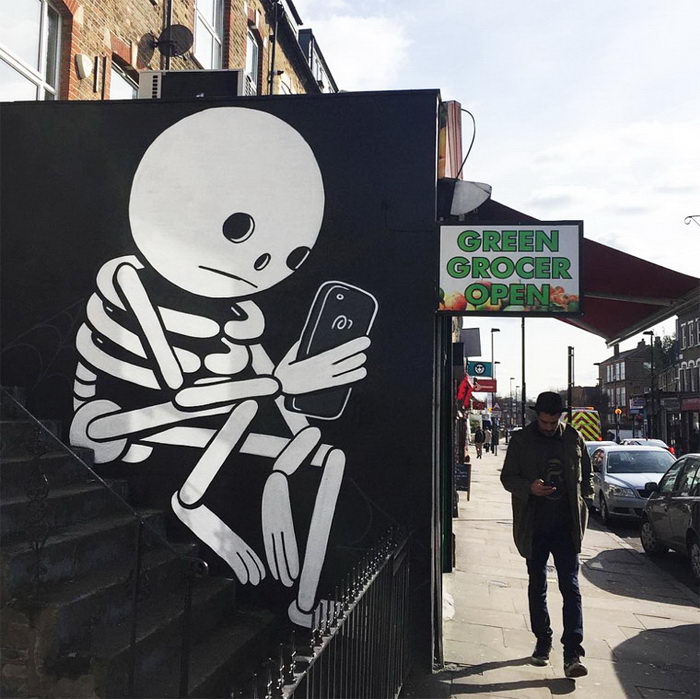 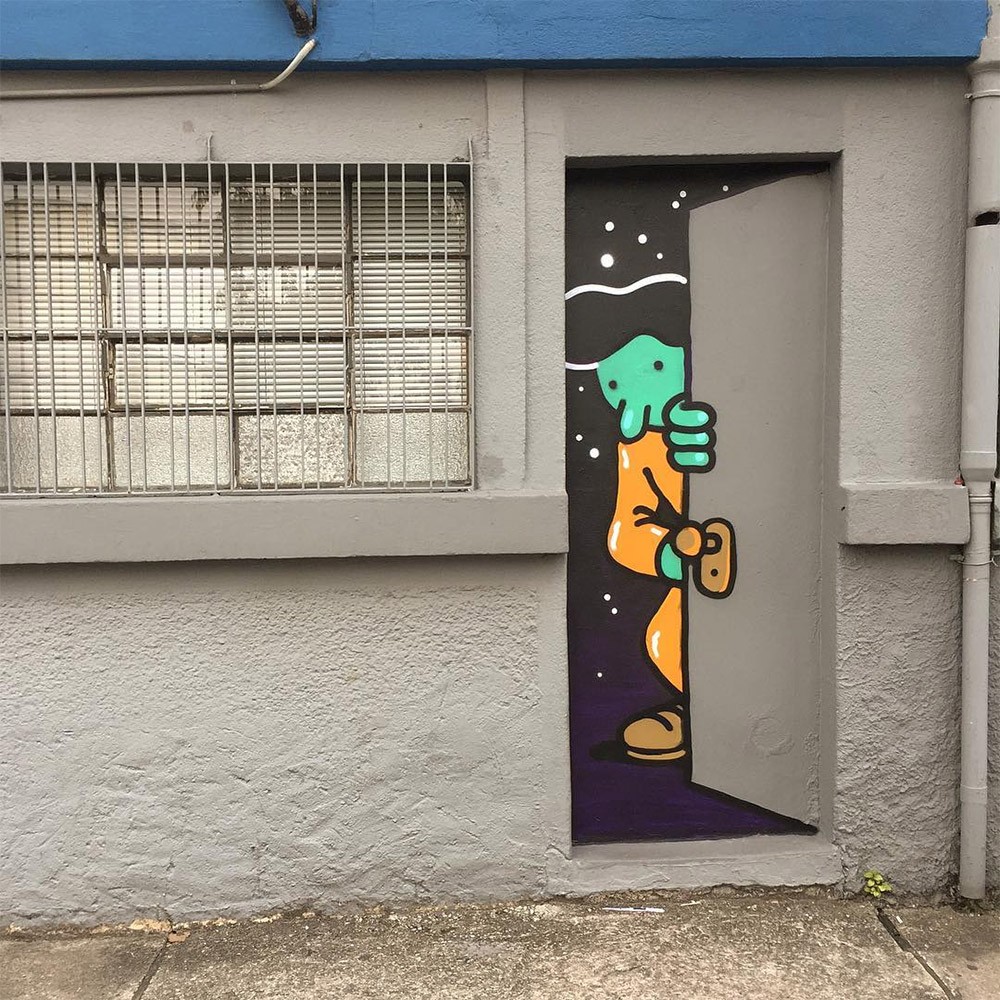 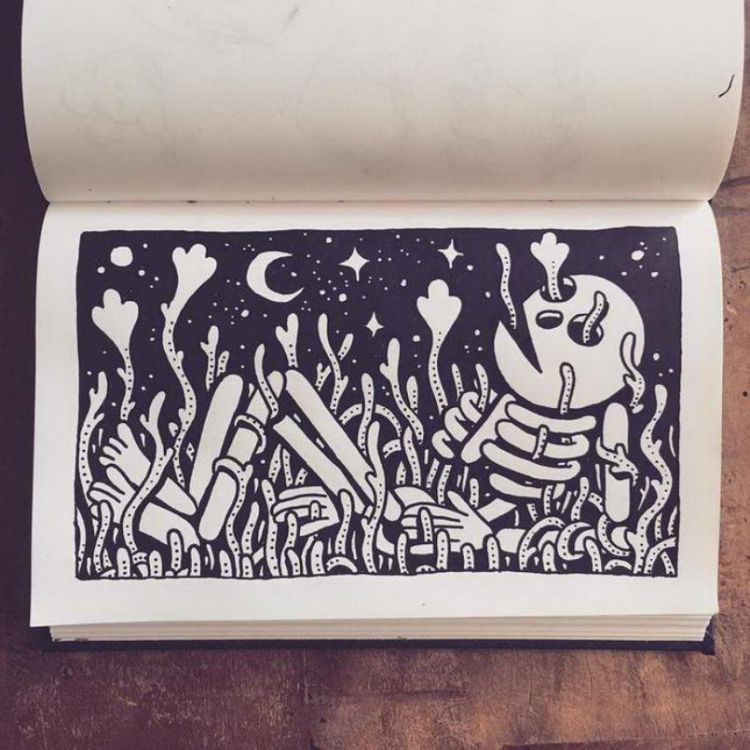 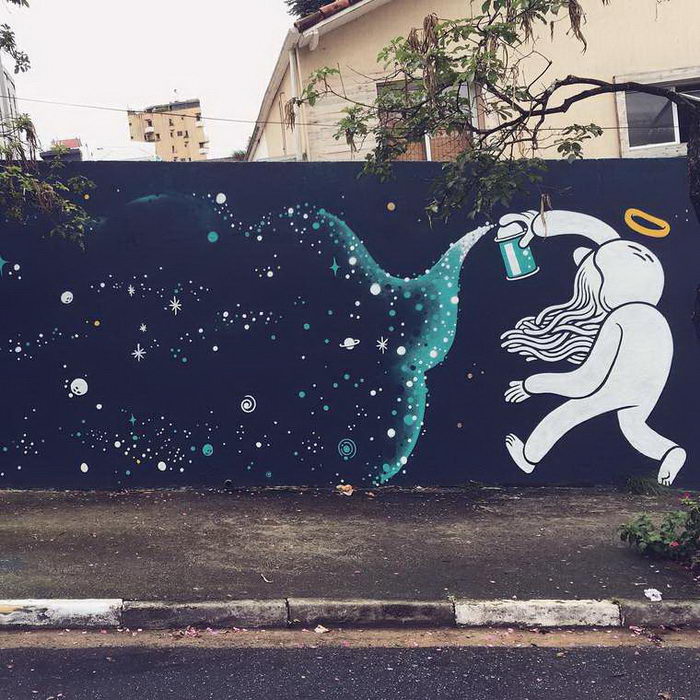 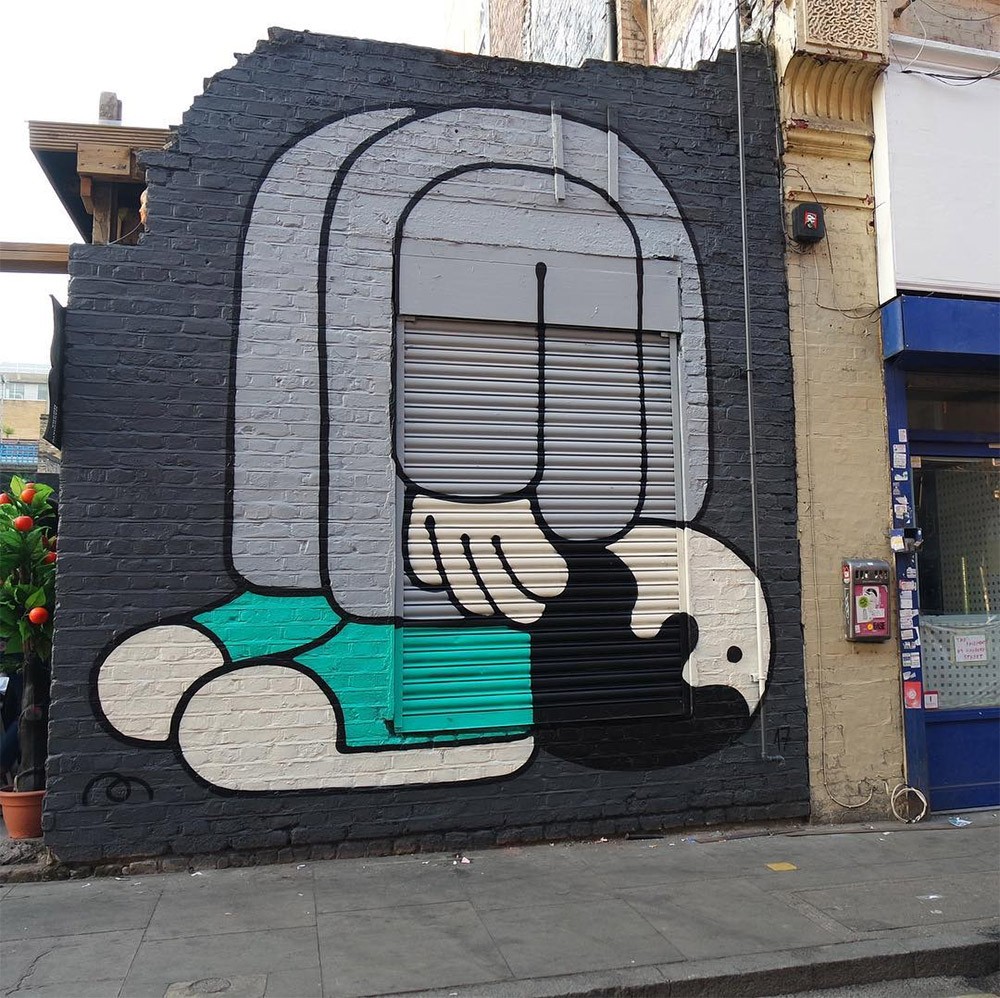