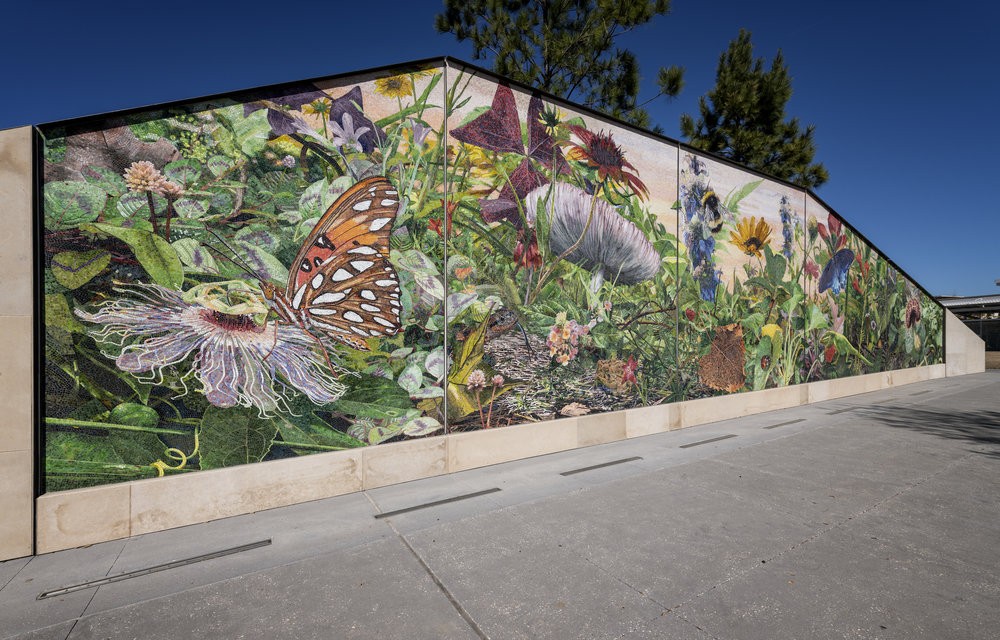 Dixie Friend Gay calls nature his main muse. Monumental mosaics of the American artist are inhabited by motley birds and insects, snakes and lizards, and hundreds of different plants and flowing water streams of thousands of pieces of smalt create a full effect of presence.

Most of Dixie Friend Gay‘s works sing the beauty and diversity of nature. In particular, the nature of her native American south. Born in Oklahoma in 1953, Dixie grew up on a ranch but has lived in Texas for many years. The artist created her first large-scale mural in 2002. The huge mosaic, which decorated the walls of the George Bush airport in Houston, is dedicated to the picturesque local bays. The work on this project took quite a lot of time: it took a year and a half of continuous work of four masters to produce a million and a half smalt elements alone. 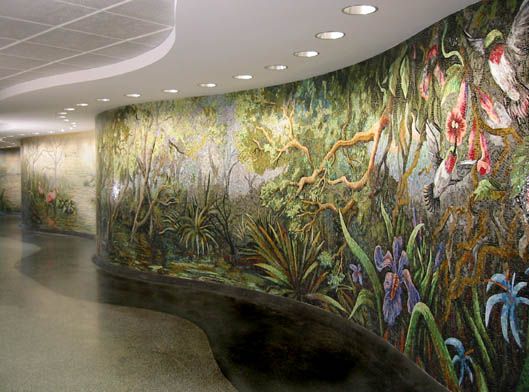 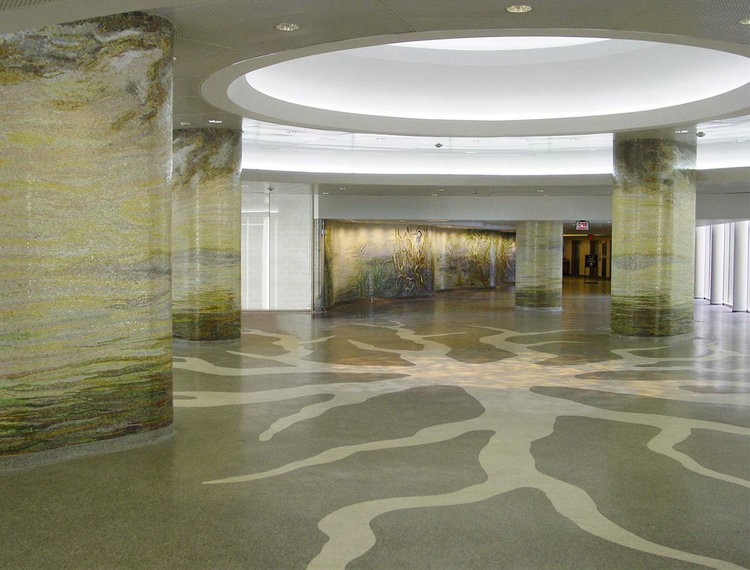 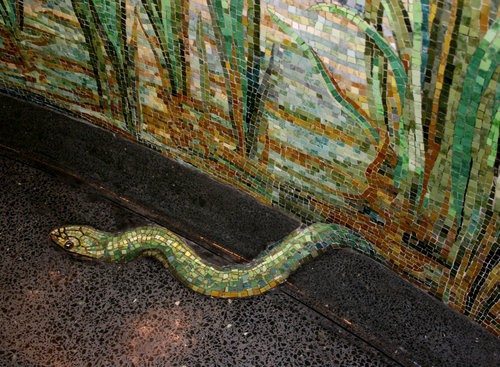 With the loud announcement, Dixie Friend Gaye began to receive more large orders. Her breathtaking mosaics can be found at the universities of Huntsville and Galveston, the Department of Social Services in San Antonio, Indianapolis, Dallas, and Miami airports. 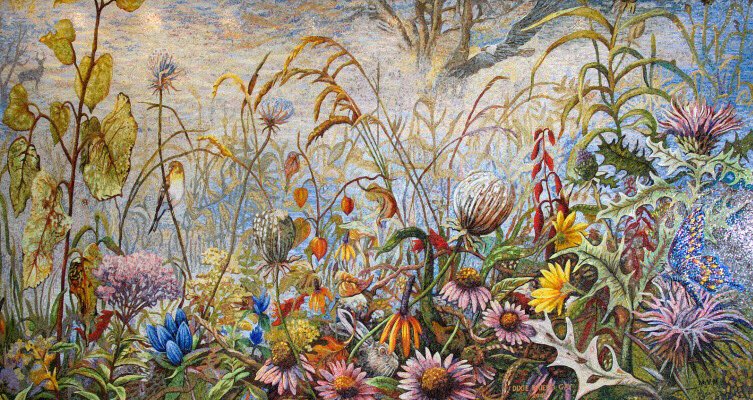 One of Gay’s latest monumental works, Wild Wonderland 2018, is set in the open air at Midtown Park in Houston. Each mosaic is preceded by serious preparatory work: Dixie studies local flora and fauna, and in some cases, historical documents and photographs. 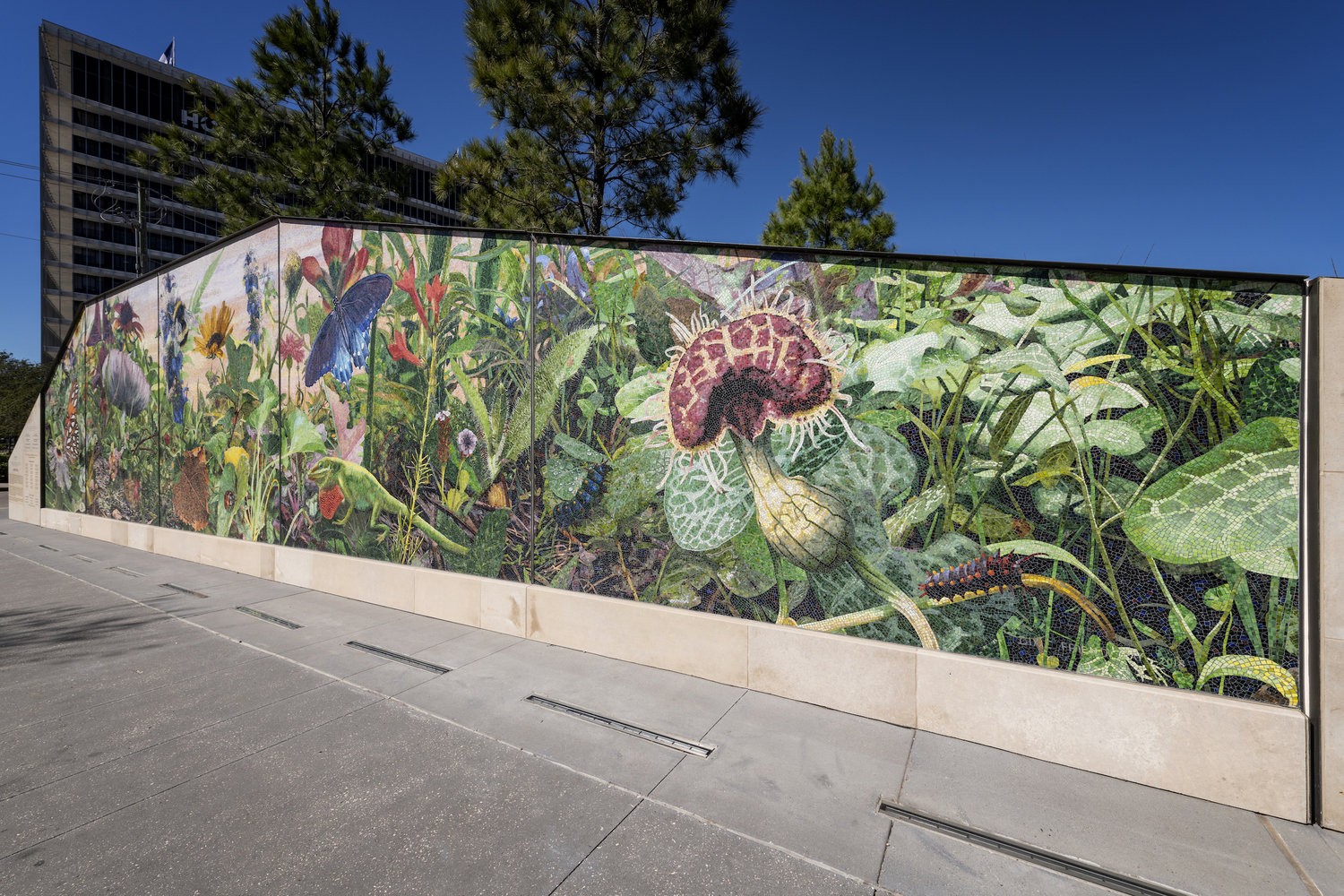 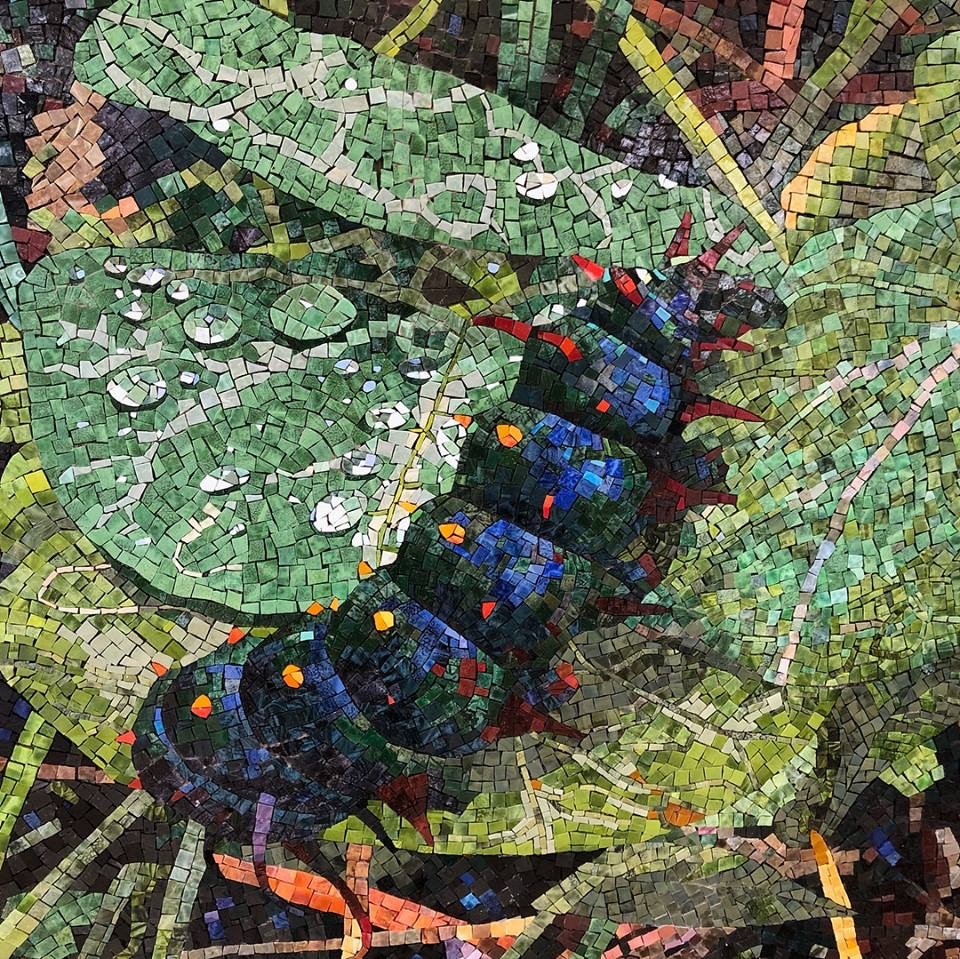 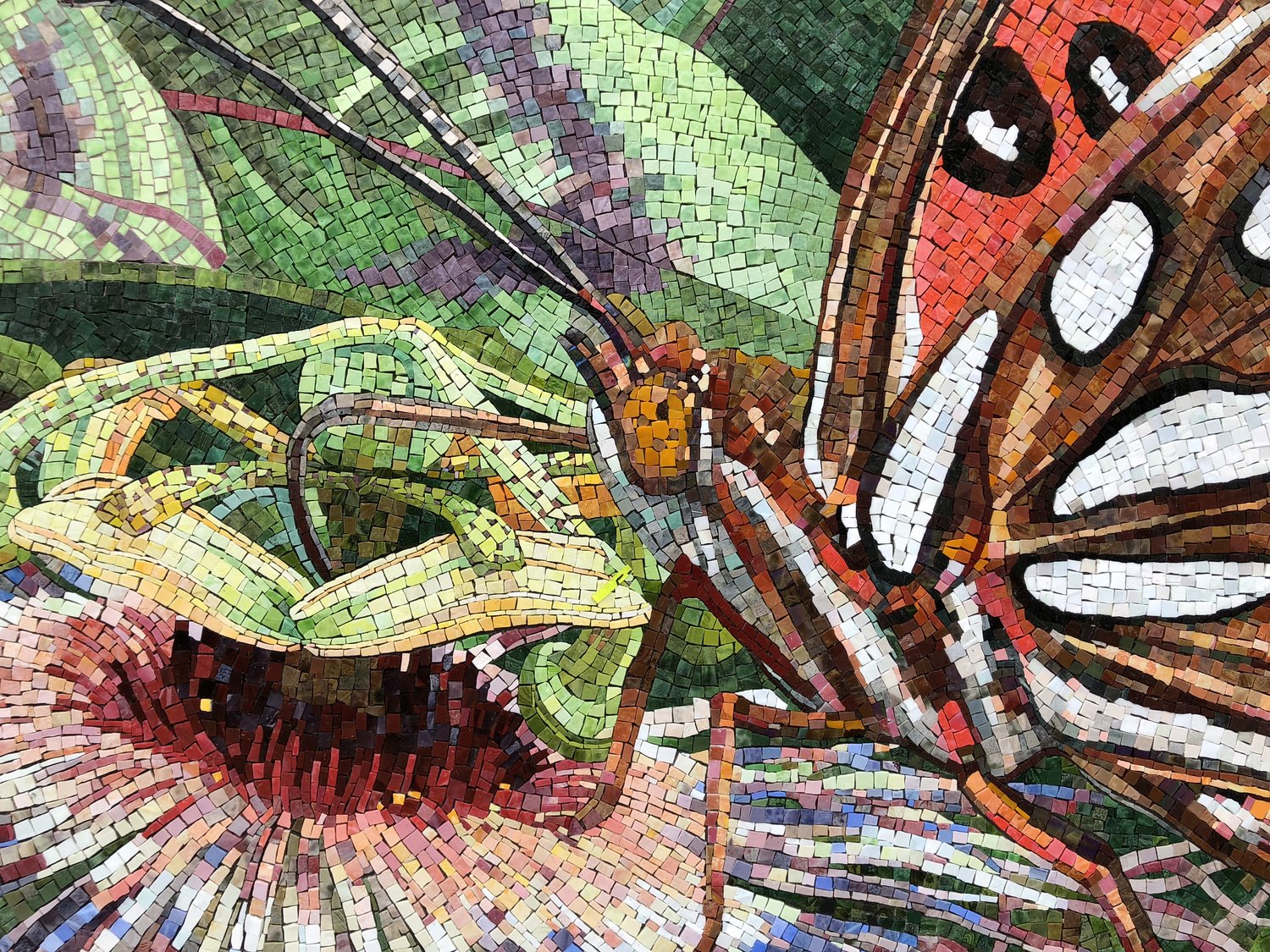 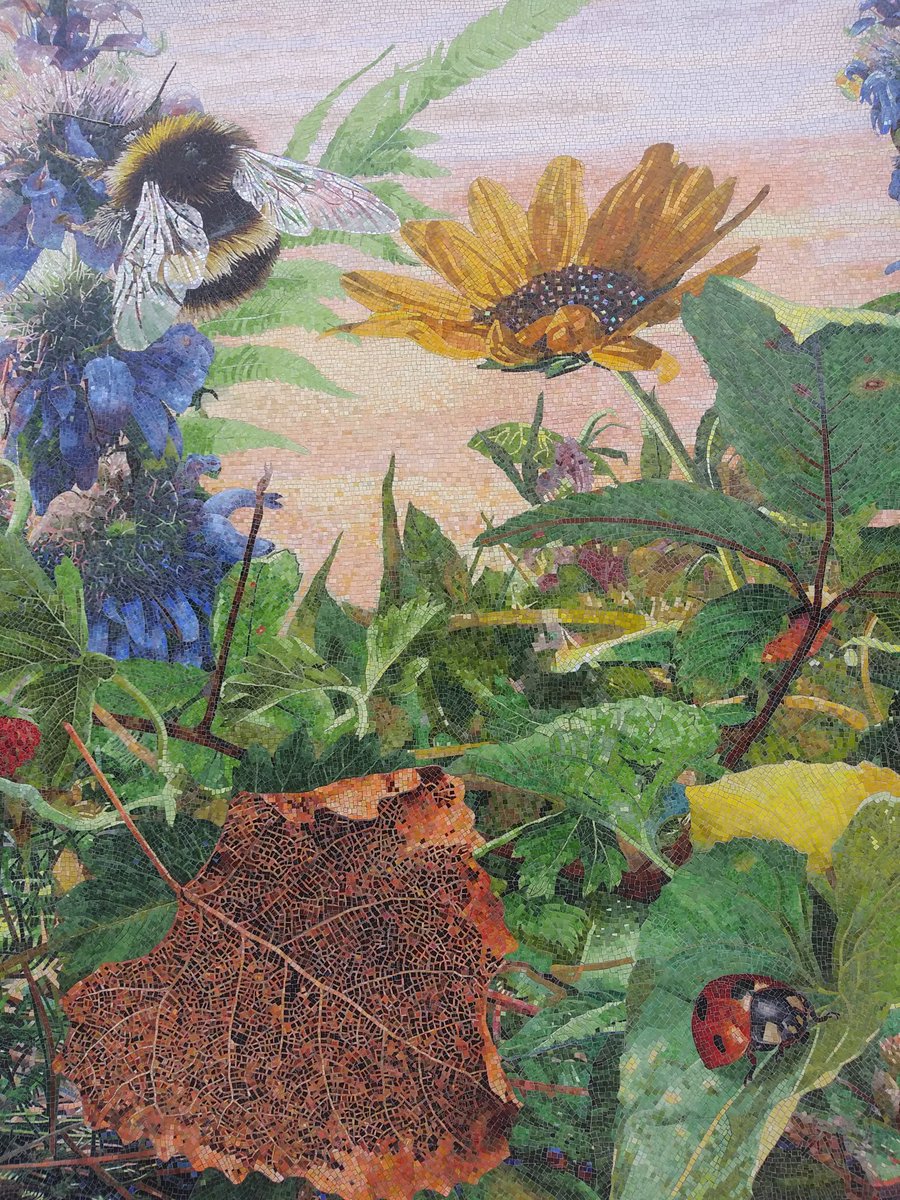 Dixie Friend Gay says, “In 2017, Hurricane Harvey flooded my Houston home and studio. Gypsum plasterboard, insulation, furniture, and appliances – everything was destroyed and disabled. The ducts, streams, and rains that fed my garden and my art devastated my private space. Snakes, lizards, frogs, spiders, and insects settled in the house. But wildlife is still my muse – its mystery and primitive energy have become an integral part of my art. 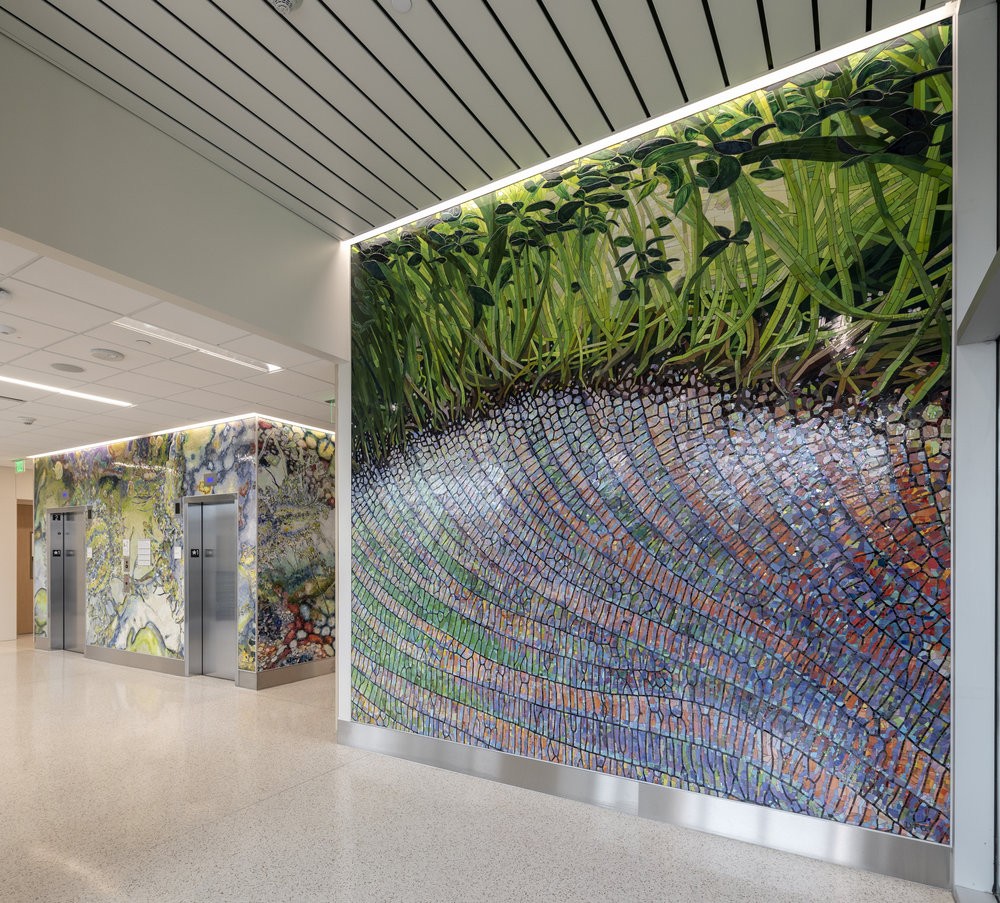 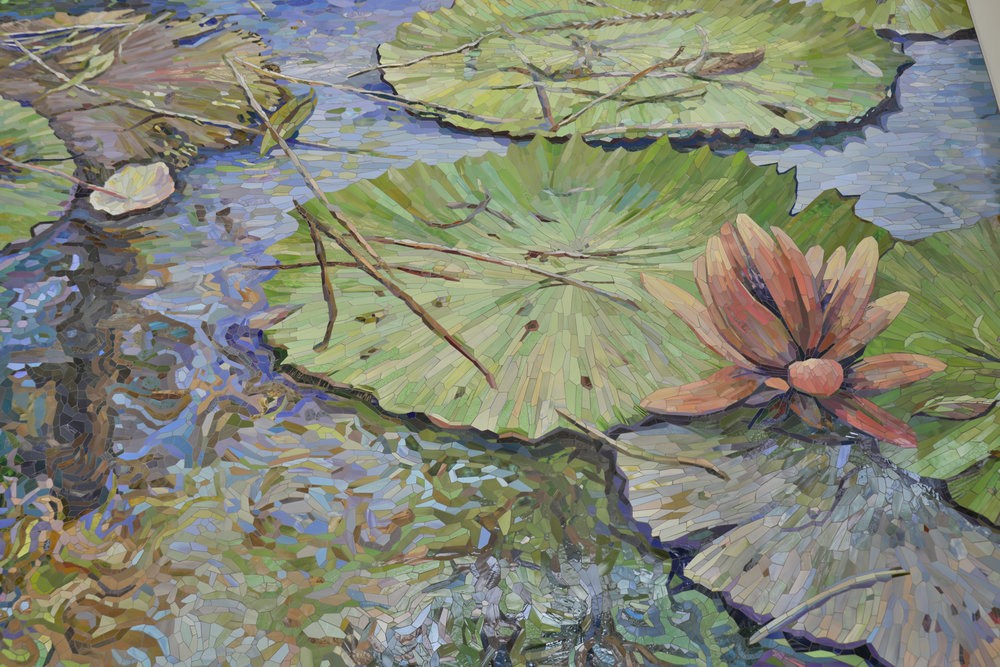 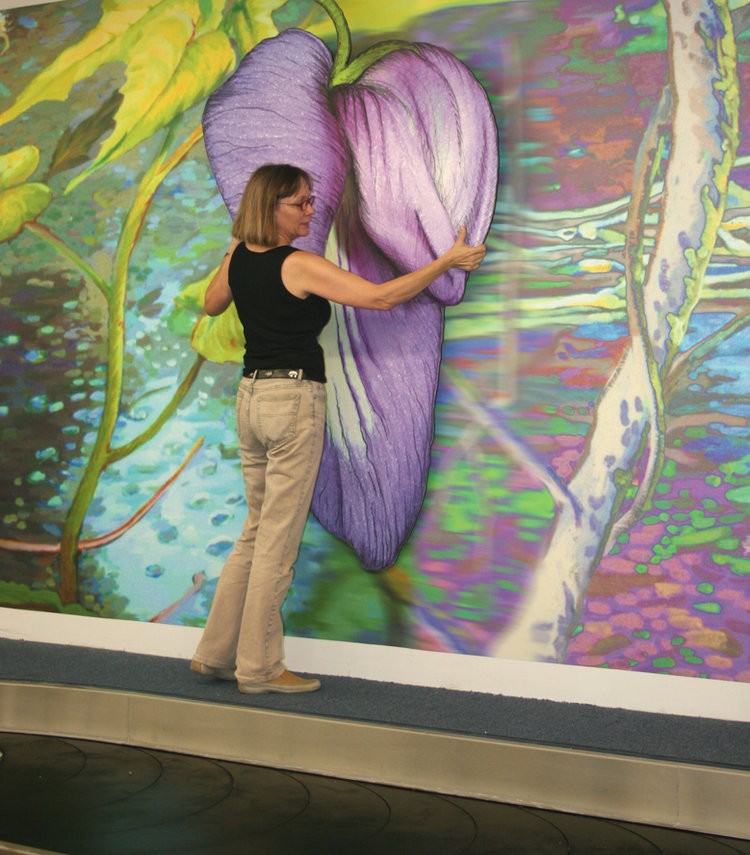 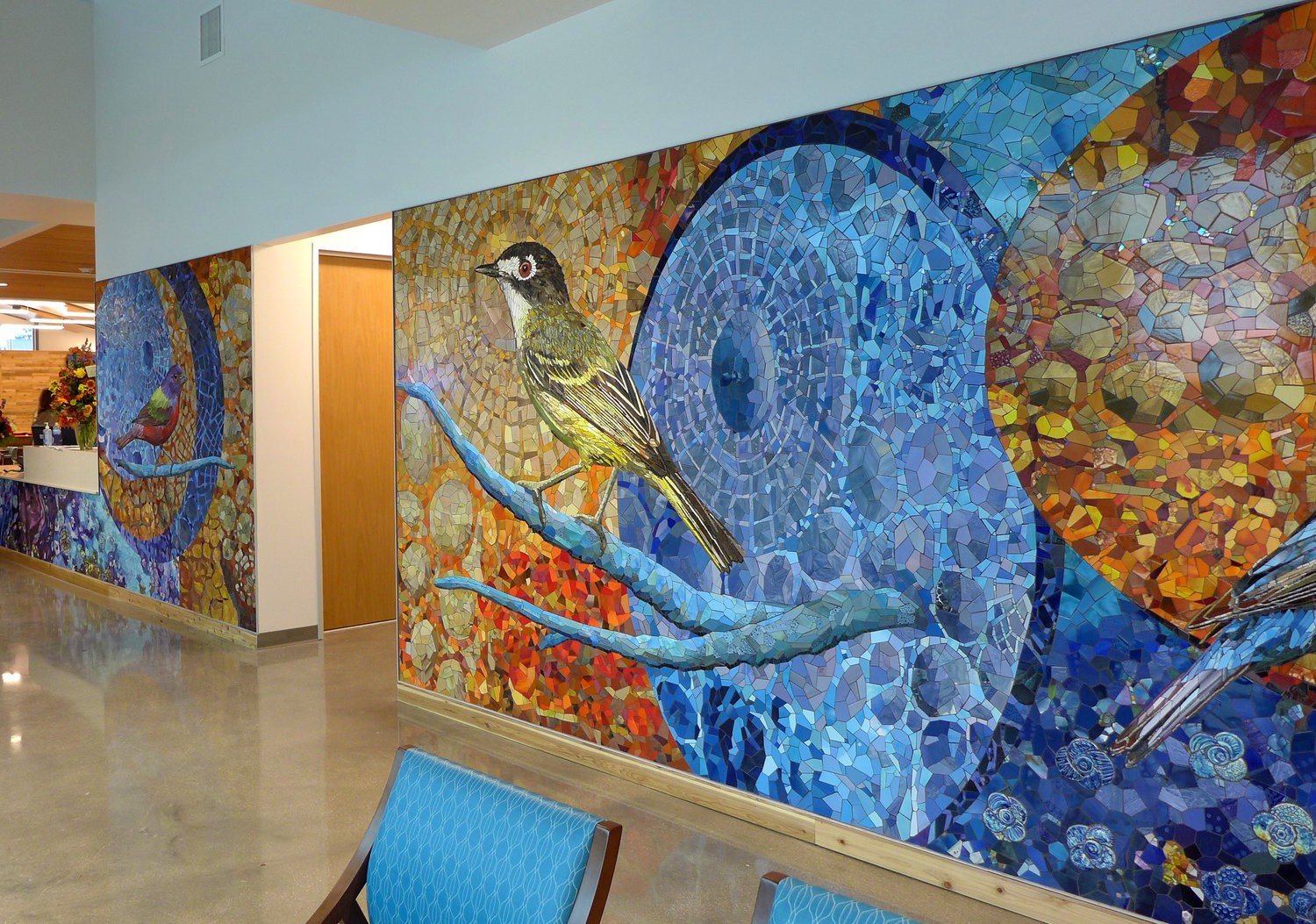 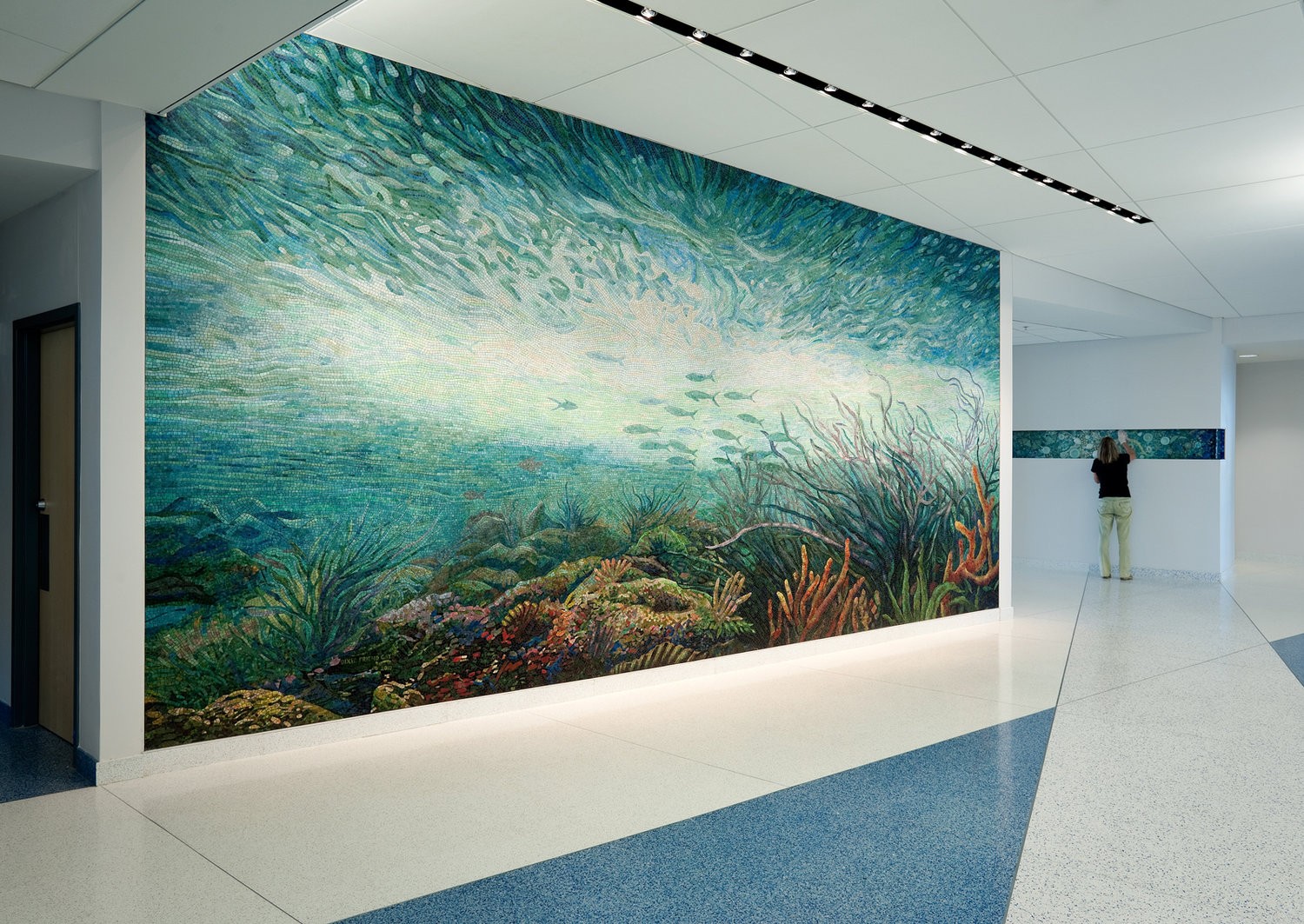 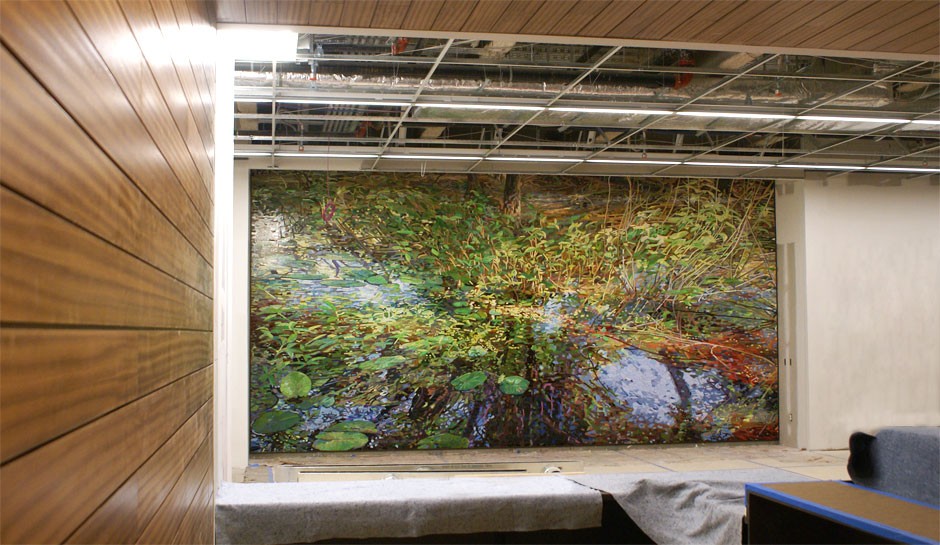 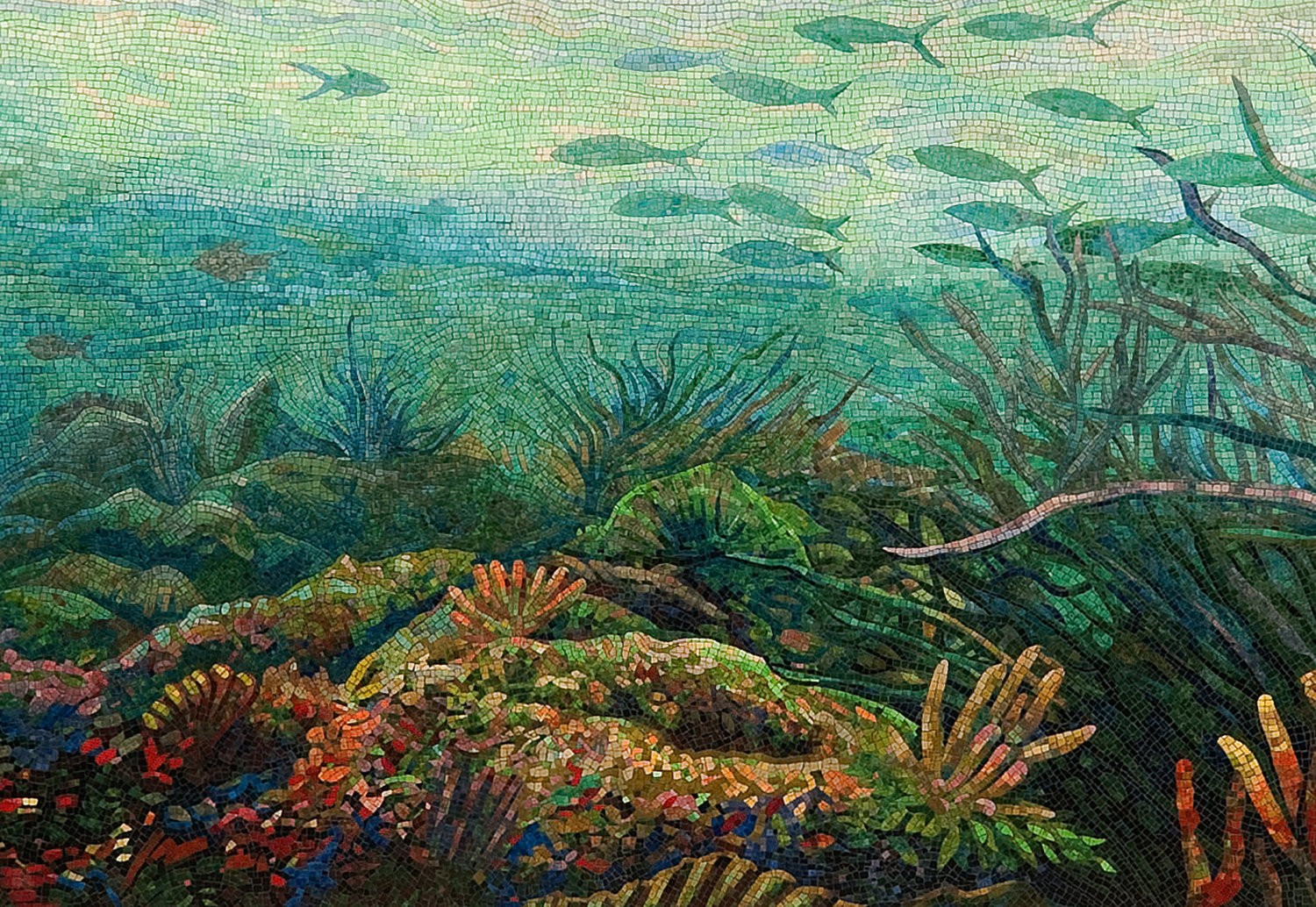 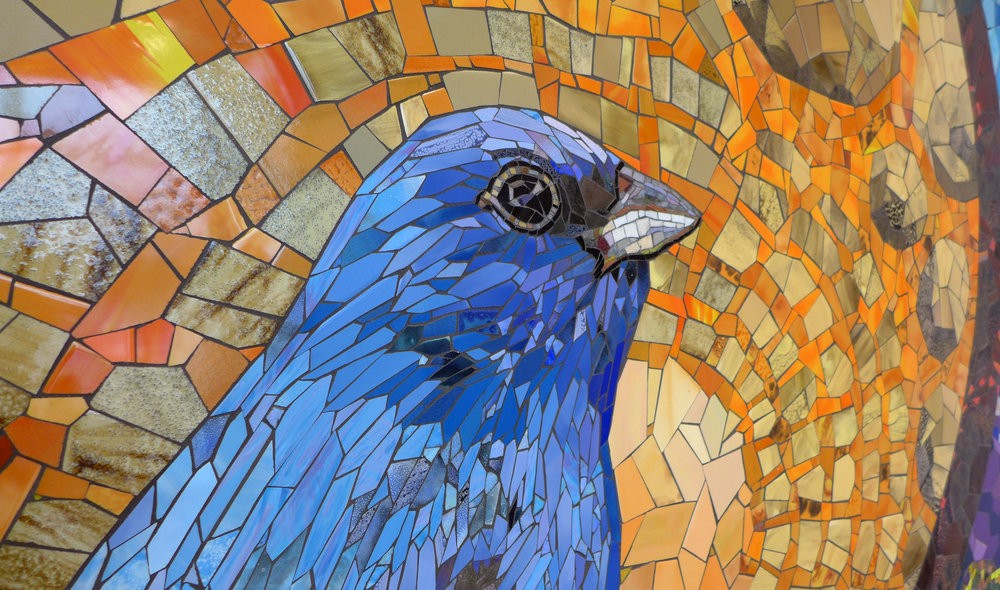 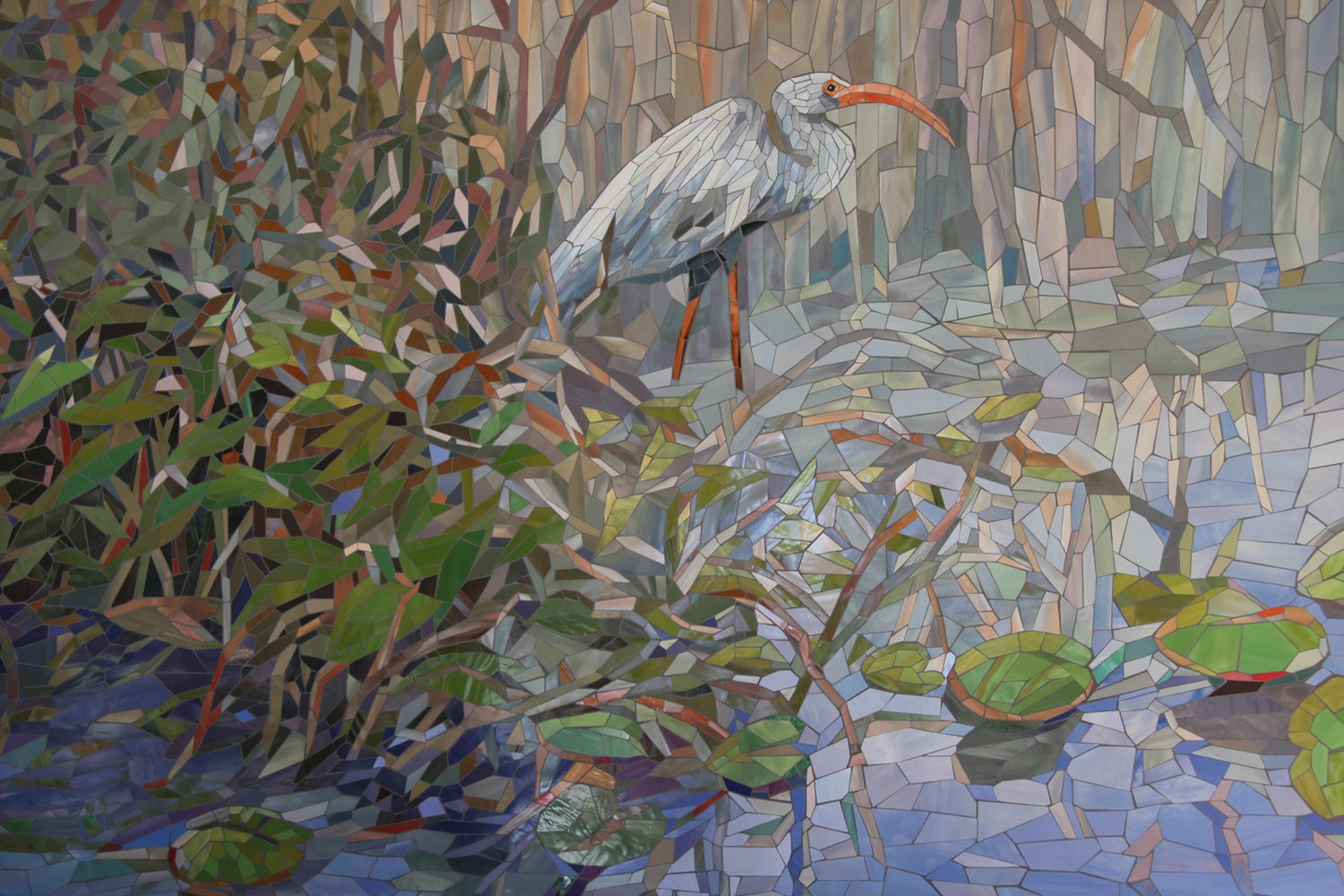 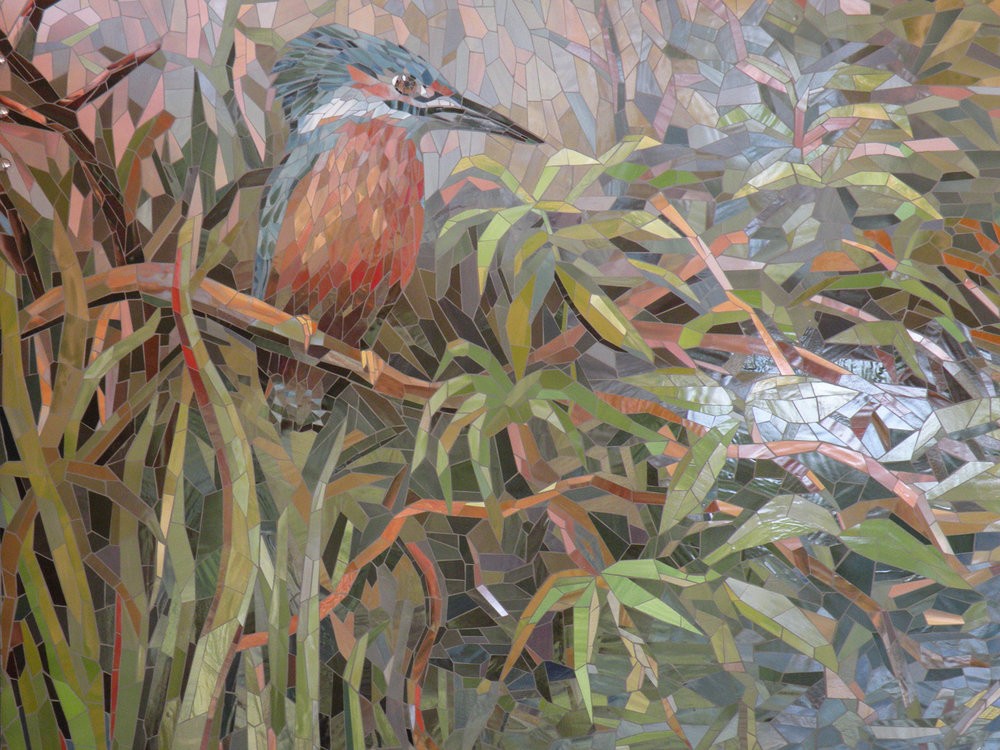 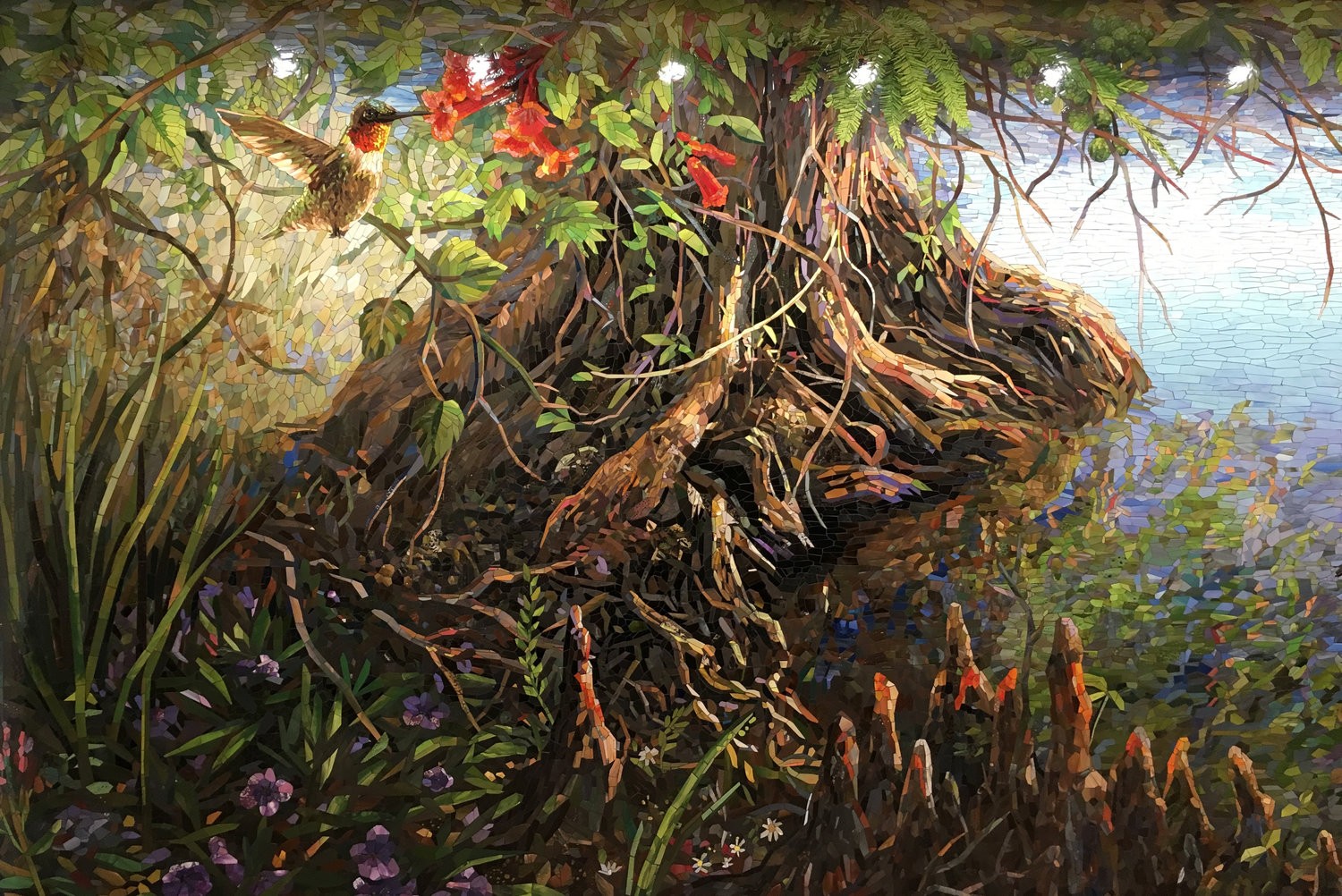 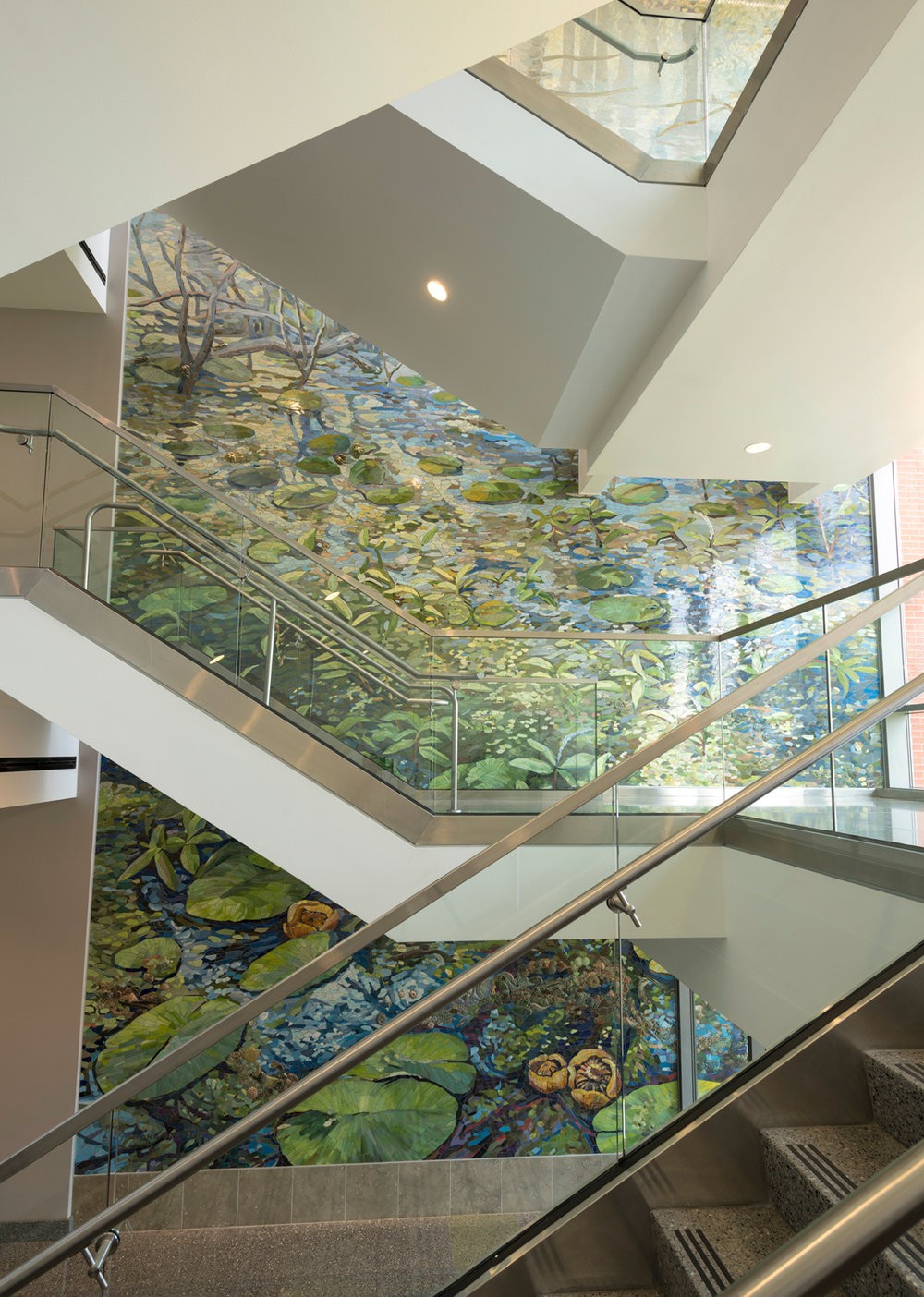 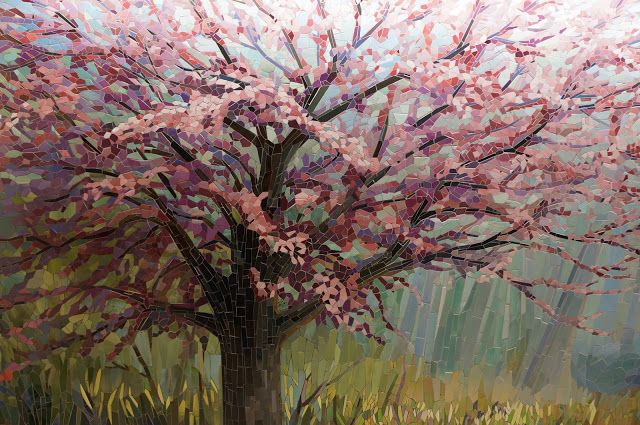 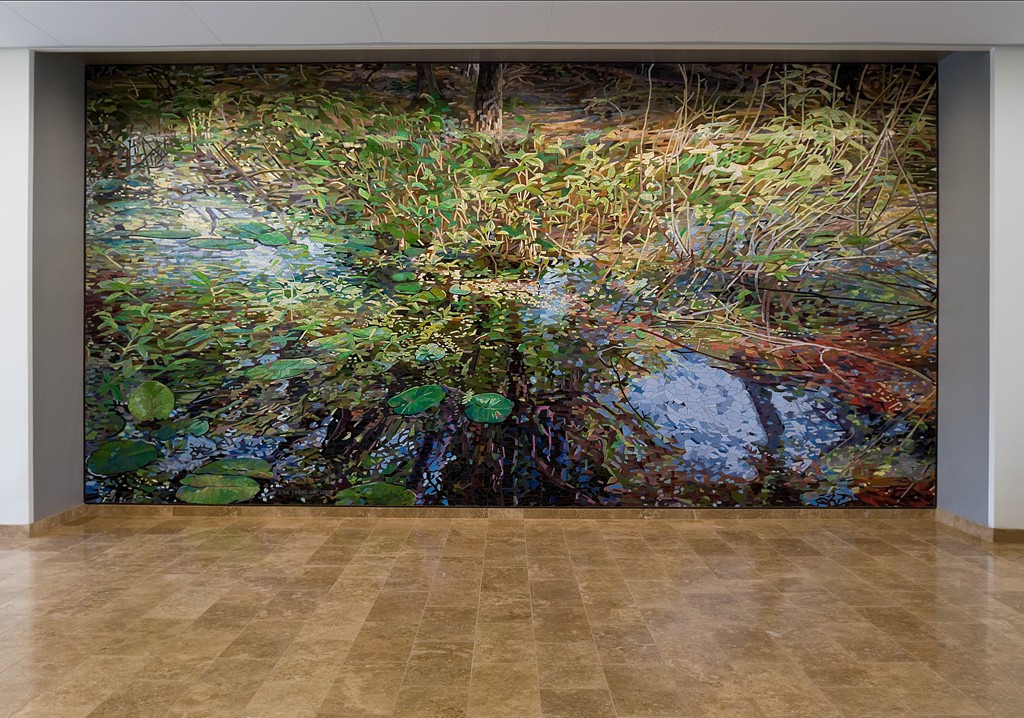 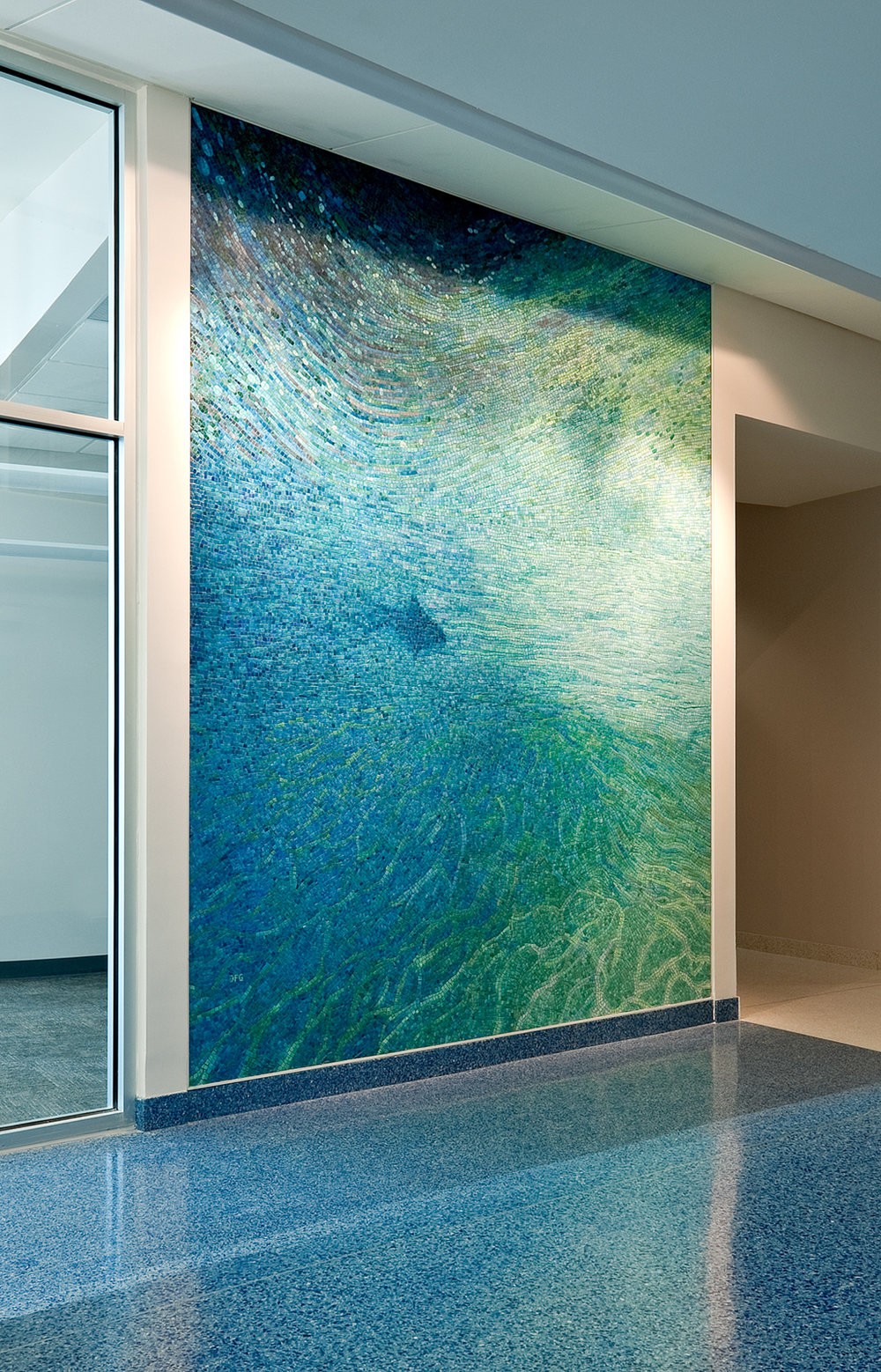 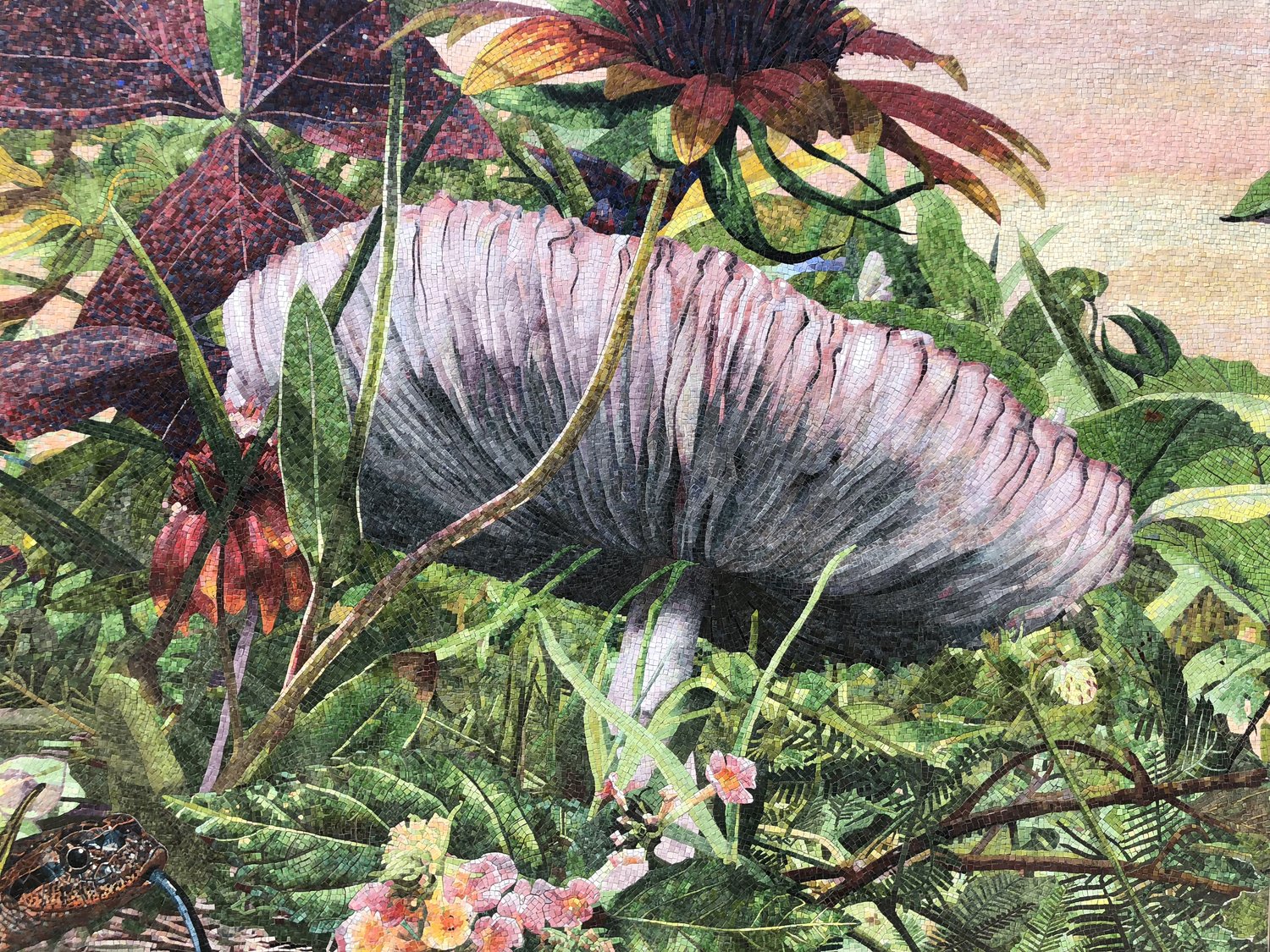 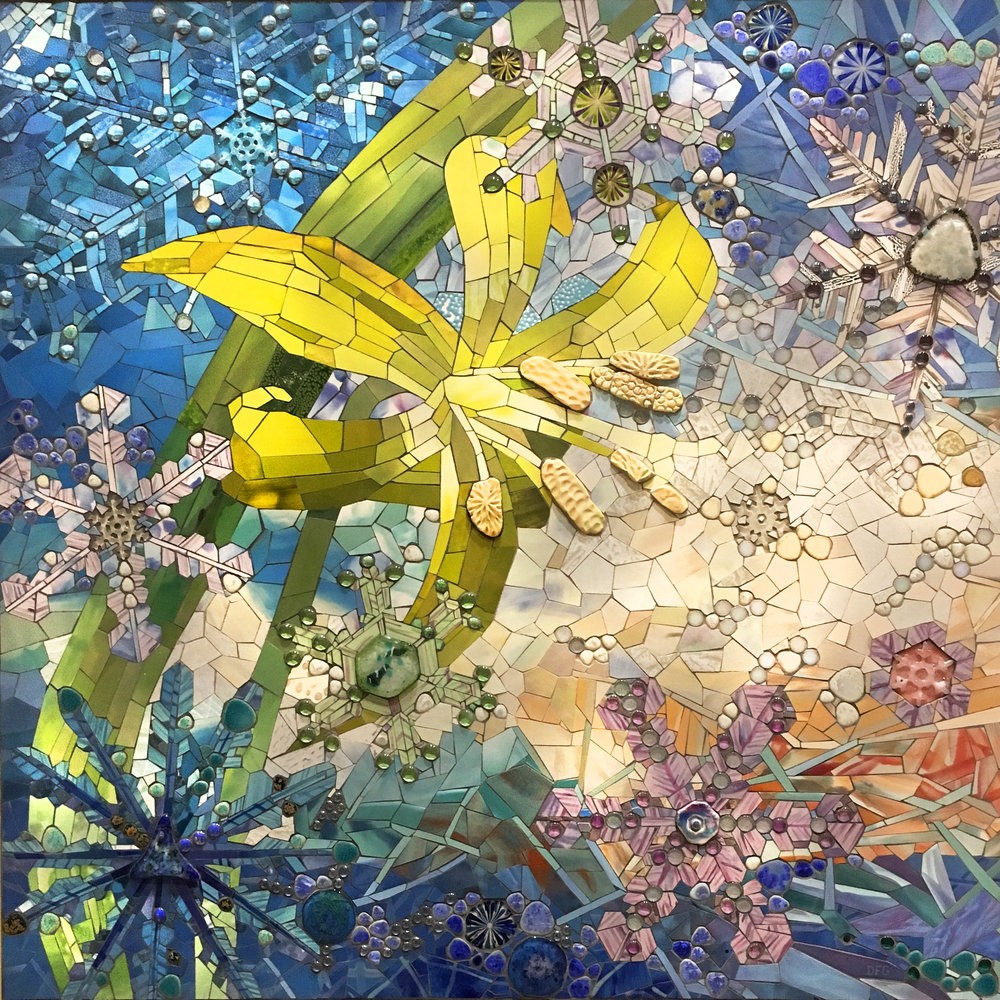 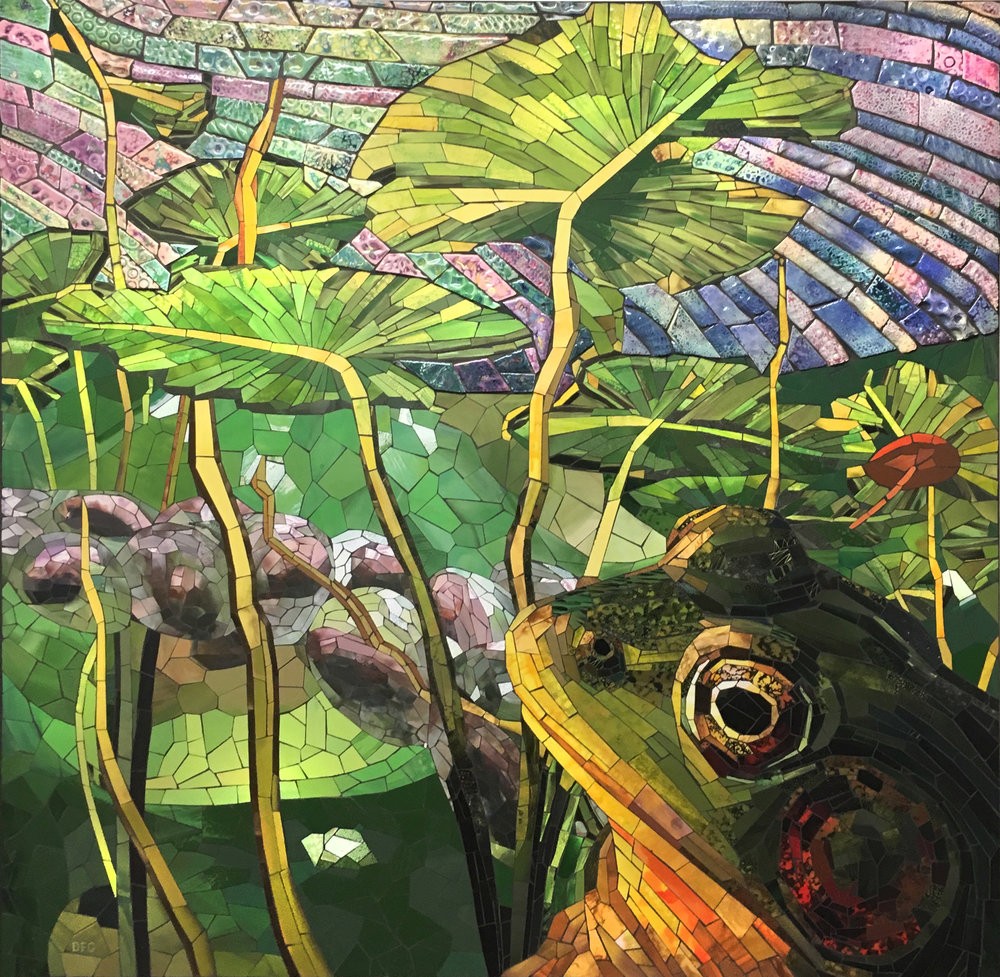