The Woodmere Museum, housed in a six-acre 19th century stone mansion in Chestnut Hill, is dedicated to the arts and artists of Philadelphia. The building and grounds, together with the core of the collection, are gifts from Charles Knox Smith (1845–1916), who acquired the estate in 1898 with the intention of turning it into a showcase for his great art collection. Woodmere Museum in Philadelphia opened its doors to the public in 1910.

The Woodmere Museum has housed in a beautiful 19th century stone Victorian mansion on six acres in Chestnut Hill in Philadelphia.  The building, grounds, and core of the permanent collection are donations from Charles Knox Smith (1845-1916). It was his desire was to create a very vibrant art center, to awaken the spirit, understanding, and knowledge of art in the city of Philadelphia and surrounding areas.

An avid collector of contemporary art in his day, Smith was a major civic leader and served on the General Council of Philadelphia (the predecessor of the current city council). The story of his life, born of modest wealth, is an American dream.

Smith’s first job was as a grocer’s boy, but eventually, he built a successful mining company that operated in Mexico. He has lived in various parts of metropolitan Philadelphia for most of his life and acquired the Woodmere estate with an ambitious desire to provide spiritual encounters with art in the context of natural beauty.

Woodmere continues to respect Smith’s vision of uniting art and nature and has acquired important pieces of street sculpture by Harry Bertoia, Dina Wind, and Robinson Fredenthal in recent years. The collection of Woodmere Art Museum in Philadelphia consists of over 8,000 works of art, and nine galleries offer exhibitions and programs for adults and children.

Woodmere Museum is accredited by the American Museum Alliance, and only about three percent of museums nationwide have this recognition. Woodmere Art Museum in Philadelphia is designated on the National Register of Historic Places as an important structure that contributes to the historic character of the Chestnut Hill Historic District.5 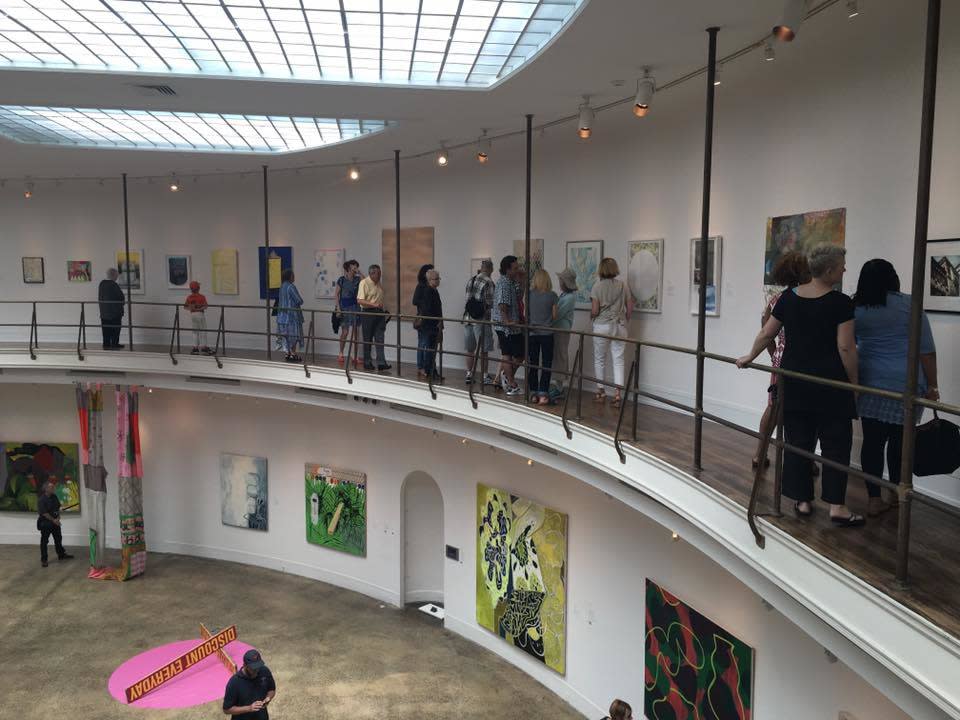 He was born in 1845. The defining political and social event in Smith’s life was the Civil War, and his collection is based on the social context of Philadelphia after the Civil War. Several artworks tell stories directly related to the war, such as the unusual marble bust of Sarah Fisher Ames, Abraham Lincoln (AD), which is one of the greatest treasures in the Smith collection.

Other works of art such as The Fatal Wound of Sir Philip Sydney by Benjamin West (1806) and Lady Jane Gray at Execution by Edward Harrison May (1864), tell stories of nobility and self-sacrifice.

Smith was a devout and devout man, and he collected landscapes by such great American artists of the 19th century as Frederick Edwin Church, Jasper Cropsey, and Edwin Durch Lewis, which expressed the cycles of day and night, life and death, and spiritual nature.

Woodmere  Museum founder Charles Knox Smith (1845–1916) collected world-class paintings and sculptures and transformed his estate to showcase and share his art. Since 1940, the bulk of Smith’s collection has been displayed in our Founder’s galleries, which were originally the living room, sitting room, and staircase.

In June 2012, these spaces were refurbished, focusing on Smith’s original architecture and design. The project included the restoration of Woodmere’s 1890s Edison Ceiling, named for the installation of modern electric lighting. Smith was proud of this feature, which allowed him and others to browse the collection at night.

Additional renovations included refinishing of woodwork, restoration of historic crystal windows, and rearrangement of the collection. Woodmere Museum is very grateful for the support of the William B. Dietrich Foundation for making this reconstruction possible and helping us preserve these important historic sites.