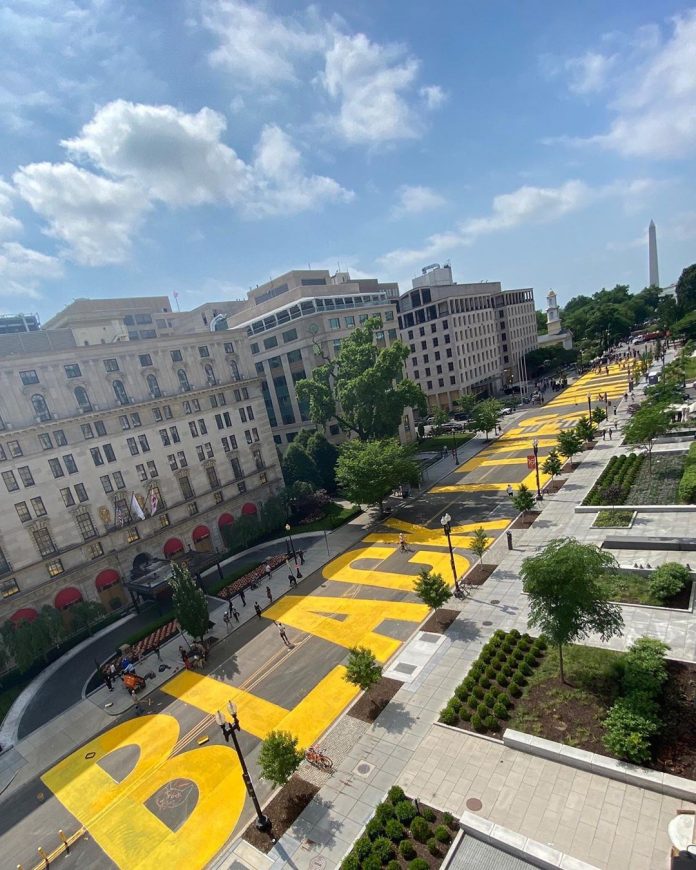 In a show of solidarity, a massive tribute to Black Lives Matter has been painted on the street leading to the White House in Washington, D.C. Completed in permanent street paint, the message features bold, yellow letters that span more than a block of 16th Street and marks a historic moment in the United States after weeks of protests.

Mayor Muriel Bowser commissioned the banner-style piece, which city workers and volunteers began at 3 a.m. Friday morning ahead of weekend demonstrations. The new message is just two blocks north of Lafayette Square, where police charged peaceful protestors and released tear gas and flash-bang shells to clear the crowd for a photo-op for President Trump earlier this week. It sits at the foot of St. John’s Church.

Update 2: An earlier version of this article erroneously attributed the mural to a single artist. 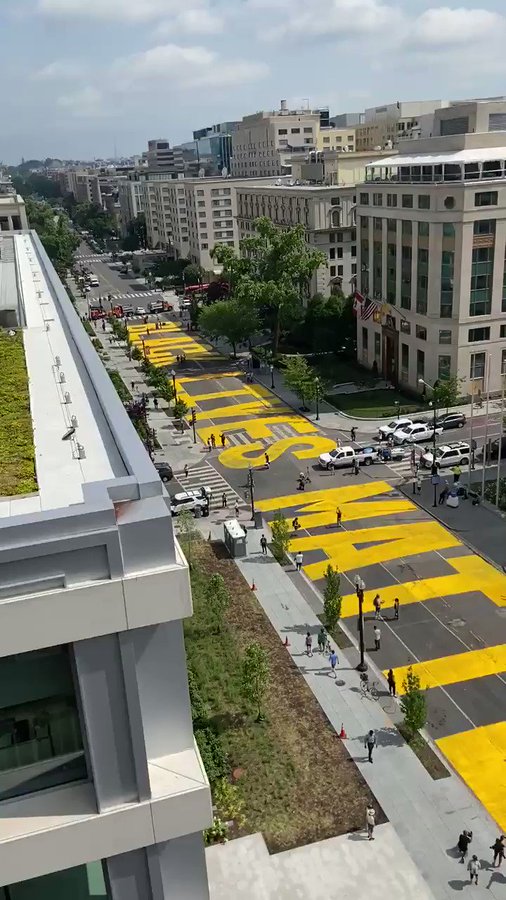