Home News A New Show Looks at the Idea of Twins in Art, Showing... 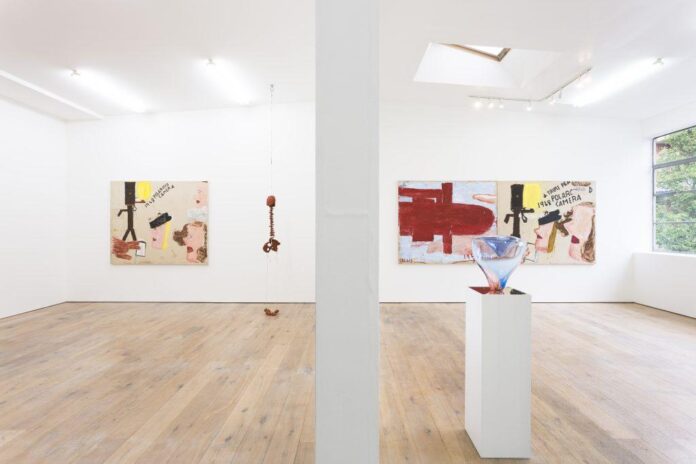 Twinning is in. From Gucci’s “Twinsburg” collection that just had 68 doubles walking the runway in Milan, to the white-hot market for Otis Kwame Kye Quaicoe’s twin figures, to the obsession with the eerie doppelgänger DNA uncovered by testing the twin stranger subjects found by Canadian photographer François Brunelle, it feels like doubles are everywhere.

So it is at Sid Motion Gallery in London, where eight artists have responded to a prompt to execute the same idea twice, and the two resulting versions of the show, “Same Same,” are hung in adjoining rooms.

Curated by gallery founder Sid Motion and artist and curator Rose Davey, the idea for the  group show stemmed from a lecture Davey gave at the Slade School of Fine Art in London on the art of repetitive making. Davey was inspired by a 17th-century double portrait of a pair of elaborately clothed women, The Cholmondeley Ladies, who appear to be identical at first glance, but on closer viewing are revealed to have many subtle differences. The works on view in the exhibition are also doubles, but instead of appearing identical, they all look quite different—but stemmed from an identical concept. 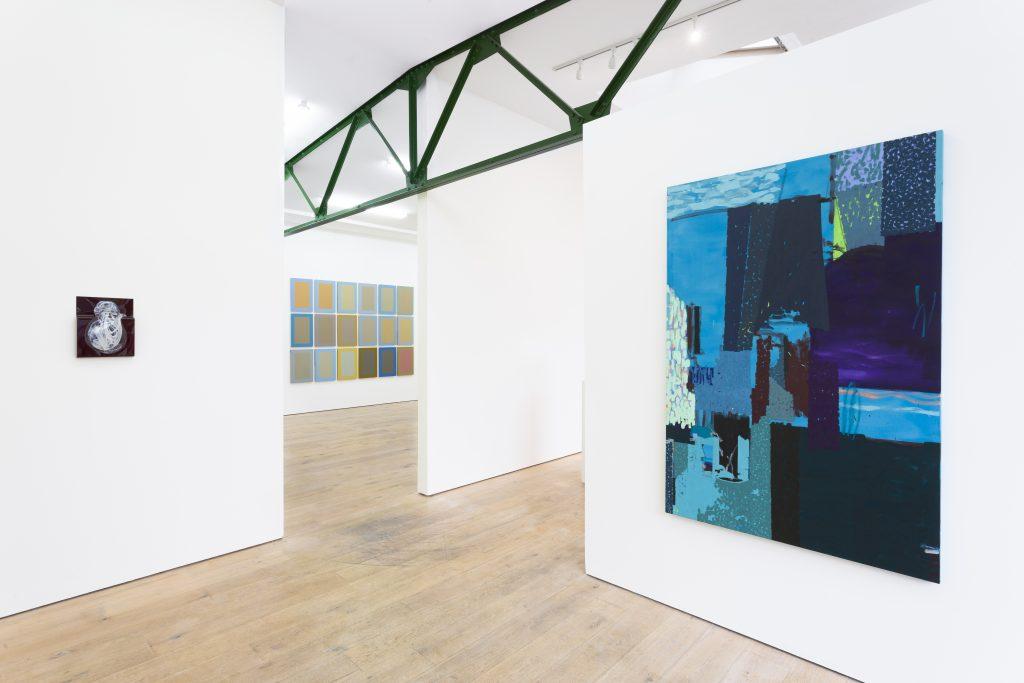 Of the 17th-century image that inspired the show, Rose Davey wrote in her exhibition text that “it is an immediately arresting image that illustrates how repetition can warrant a work iconic.” On the other hand, “the strategy of [making work] again is not always considered a positive move. Making something multiple times can be viewed as capitalizing on one’s success” and “an artist labeled as ‘successful’ can often be accused of cultivating a production line to meet demand.”

In the group show, artists are asked to return to the concept that inspired an earlier work and make it again—in a sort of collaboration with their past selves. Highlights of the exhibition include a pair of dark and mysterious works that dance between figuration and abstraction by recent Slade graduate Remi Ajani, and star artist Rose Wylie’s remixed polaroid camera. The other artists who responded to the exhibition’s prompt are Gabriele Beveridge, Rose Davey, Mary Ramsden, Genevieve Stevens, Tessa Whitehead, and Gary Woodley.

“Arguably, all artists attempt the same thing again and again; a continuous quest for visual solutions born from restless curiosity,” Motion and Davey said in a statement. “‘Same Same’ aims to highlight the productivity of process, since it is the artist’s failure to reach an enduring conclusion that keeps them making.”

“Same Same” is on view through October 22 at Sid Motion Gallery, London.

Art Industry News: Johnny Depp Rakes in $3.6 Million for His Paintings in Just a Few Hours + Other Stories