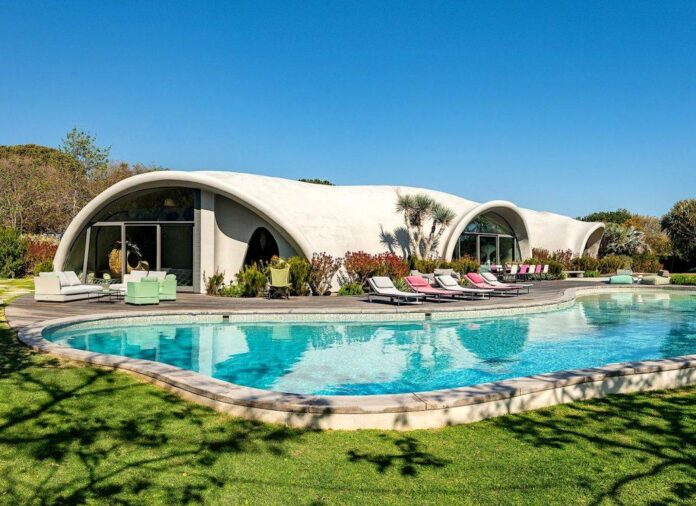 In the 1990s, Nicolo Bini wrote his thesis at UC Berkeley on low-cost housing technologies. But the Italian-born, Australia-raised Bini went on to do high-end work for mansion-dwellers such as Usher and Cara Delevingne. Yet there is humility in all his work, whether it’s a seaside celebrity retreat or the disaster-area shelters he has proposed for Pakistan and Ukraine.

Both ends of the spectrum involve Binishells, a construction technology invented in the 1960s by his father, Dante Bini, who, with some 1,600 structures globally made from his design technologies, is the largest dome-builder in history.

Relaunching the brand in 2009, and relocating it to Beverly Hills, where there’s an openness to innovation, the younger Bini, now 55, debuted his own Binishell this year with a white, curvilinear, cave-like bungalow in Malibu, custom-built for Robert Downey Jr. and his wife. Looking like a sea creature that the Jetsons gifted to the Flintstones, the abode was constructed by inflating a gigantic neoprene bladder with air, then covering it in a thin coat of reinforced spray-on concrete. 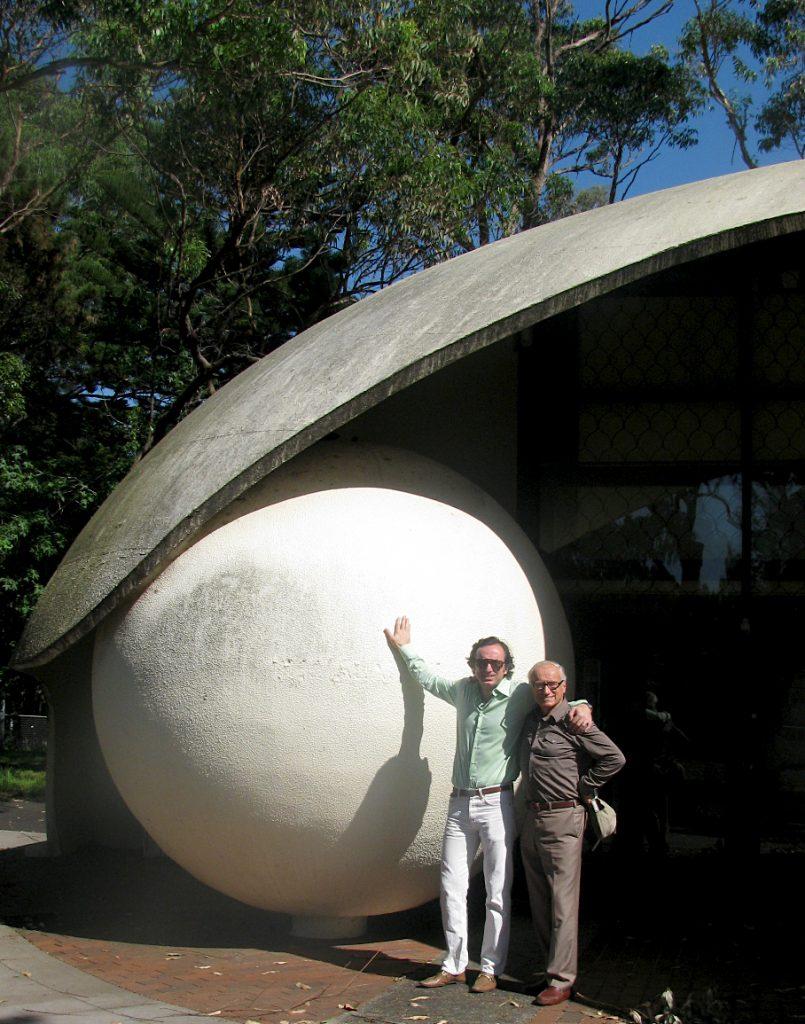 Nicolo Bini and his father, Dante Bini, at the Binishell school in Narrabeen, Australia. Courtesy of Nicolo Bini.

The amorphous doorways, windows, and rooms might seem loony were it not for the serious philosophy behind them. “Whether it’s Newton or Einstein or Plato,” Bini told Artnet News, “in history when we come across these incredible challenges, we always look back to nature for answers.” Climate change, homelessness and disaster relief can be solved by observing how plants and animals live and protect themselves. Crustaceans, eggs and nuts all use strong yet thin outer shells to protect what’s inside. Right angles are rare. Some of the most affordable and easily built structures are rounded, using the efficient load-bearing power of curves. Why, Bini asks, have telecommunications and transportation changed radically from the mid-1800s, yet construction has budged but little, engendering huge costs, huge waste, huge energy inefficiency—and I-beams? 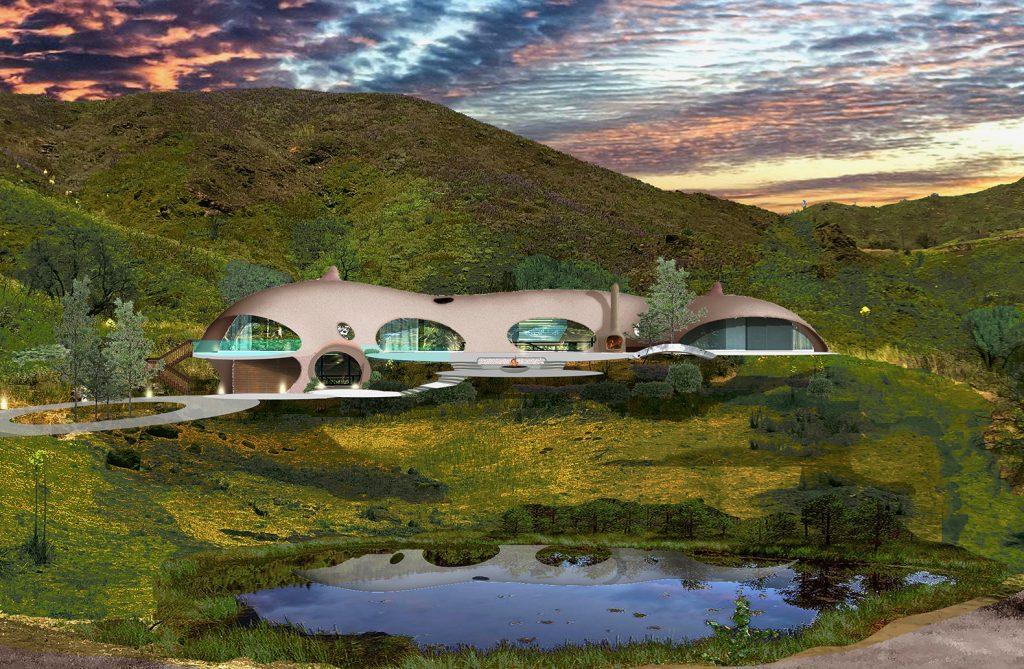 A rendering of the Binishell wellness retreat in Azores, Portugal. Courtesy of Nicolo Bini.

A complete revolution is needed; Binishells, he believes, are the answer. They can be quickly erected with locally sourced materials and a minimum of specialized machinery. They are better adapted to the terrain and to climate extremes, Bini said. “Instead of forcing the ground to accommodate the house, the house accommodates the landscape,” he explained, referring to a Malibu house currently under construction for Darin Olien, the wellness guru and producer/co-star (with Zac Efron) of the Netflix series . This structure goes further than the Downey home; it will operate off the grid, eschewing fossil fuels. Bini is the architect for the interior of the house, too—a Binishell first.

The celebrity commissions are a boon to Bini and his visions, especially after an uphill 13 years of trying to bring his family’s technology to the turgid world of construction. “We did a lot of experimentation, most of it coming into failure time after time,” said Bini. The Downey house proved it could be done, building codes and all, and the Olien project will finesse even more aspects of the designs.

Affordability comes next. “My father’s technologies were not necessarily more affordable than standard constructions,” noted Bini. “My focus is now on that.”