Home News COPY OF MICHELANGELO’S STATUE OF DAVID will alight at the Dubai Expo... 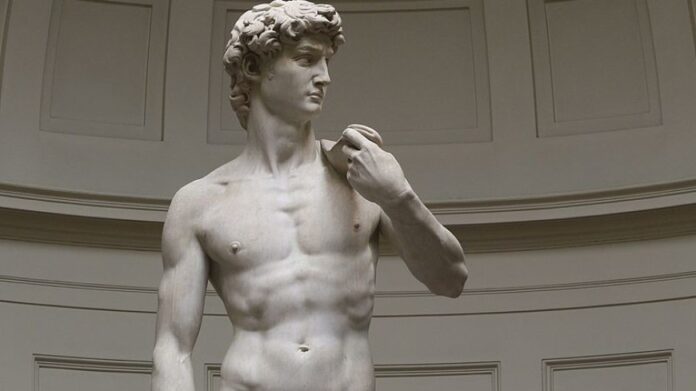 Italy will create the world’s most accurate copy of the statue of David by Michelangelo. It will become the main symbol of Italy at the World Expo in Dubai, which opens on October 1. Work has already begun in the Gallery of the Academy of Fine Arts in Florence. There is a masterpiece of the Renaissance. Cecilia Hallberg, director of the Florence Academy of Fine Arts, said that the sculpture should be the most accurate copy of any that exists, and work has already begun on its fabrication. 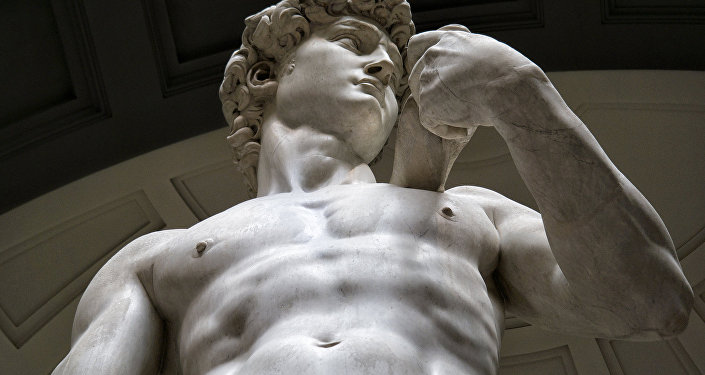 In 1504 the sculpture was installed in the center of Florence in the Piazza della Signoria and soon became the symbol of the Florentine Republic.

In 1873, the statue was moved to the Florence Academy of Fine Arts. This was done to protect the sculpture from the effects of precipitation and wind.

According to the idea of the organizers, thanks to the stairs that will rise to different heights of the building, viewers will have the opportunity to see the statue for the first time from almost all possible angles.

The David will be staged in the octagonal “Theater of Remembrance” in the center of the Italian pavilion. Thanks to the stairs there, viewers will be able to see the statue for the first time from almost all possible angles. Also on the walls of the “Theater of Memory” will be projected videos that will tell about the beauty of nature in Italy, the skill of its artists and craftsmen, the talent of engineers and scientists.

The statue of David was sculpted by the young Michelangelo from a huge block of Carrara marble. In 1504 it was installed in the center of Florence and became a symbol of the Republic. The height of the sculpture is five meters 17 centimeters, its mass is 5.6 tons. In 1873, to protect it from rain and wind, David was moved under the roof of the Academy of Fine Arts of Florence.

The sculpture will be printed on one of the largest 3D printers – its digitization for this purpose began in December 2020. The sculpture is currently being produced in Italy, after which it will be delivered to Dubai.

The height of the sculpture will be 5.1 meters. The statue of David by the outstanding Renaissance master Michelangelo Buonarroti is in the Gallery of the Academy of Fine Arts in Florence. 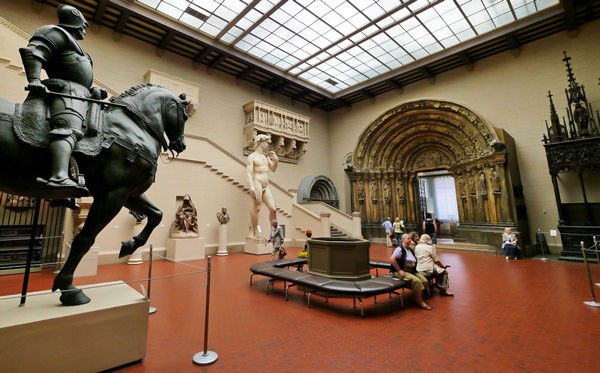 The sculpture, made from a monolithic block of valuable Carrara marble, is 5.17 meters high and weighs more than 6 tons. “David” is recognized as the standard of male beauty of the Renaissance and one of the most significant masterpieces of world art.

The statue depicts a nude young man of powerful build (young King David), ready for battle against a dangerous enemy. His proud head with a mop of hair, frowning eyebrows and firmly pressed lips testify to his indomitable will.

Naturally, sending perhaps Michelangelo’s masterpiece to Dubai was out of the question, so the idea arose of creating the world’s most accurate copy of the remarkable sculpture using the latest science. The Italian commissioner for the Expo, Paolo Glicenti, and the author of the national pavilion project, Davide Rampello, approached the director of the Accademia Gallery with this proposal.

Undoubtedly, Michelangelo’s David is the most famous Italian sculpture in the world, one of the pinnacles of Renaissance art and perhaps the symbol of Italy itself. For 500 years the statue has not lost any of its power of attraction, not without reason millions of people from all over the world come here every year to see this masterpiece with their own eyes. So when the coordinators of the Italian pavilion at the Expo gave us the opportunity to take part in this project, of course, I agreed,” Hollberg said in an interview.

The director of the Academy Gallery recalled that in March 1999, a team from Stanford University (USA) first made a three-dimensional scan of the statue of David. Over the past 20 years, however, the world has made a real technological leap, and today we are using fundamentally new devices and technologies to create a new manuscript. It is very important for us to accurately imagine the current state of the statue, to preserve and restore it in the best possible way. We may even learn something completely new about it – nothing can be ruled out. And all the data collected as part of the project on David will be stored in the museum’s electronic archive: we won’t give them to strangers,” Hallberg says. 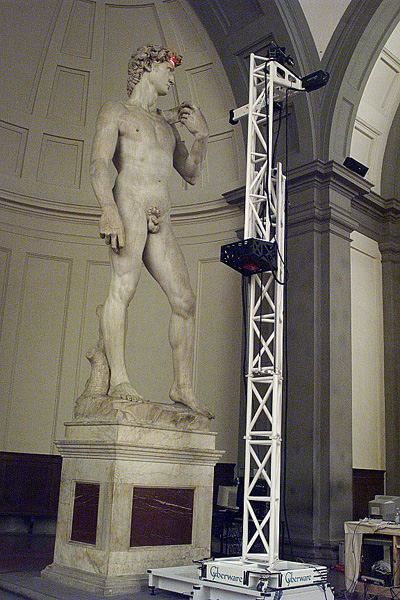 The process of creating a double of David can be divided into three stages. In the first of these, taking place now in the gallery, scientists at the University of Florence and the Swedish company Hexagon with the help of laser scanners form an accurate digital model of the world famous sculpture. For these policies they are using equipment used in particular by specialists from the Italian Air Force and the North American space agency NASA. It makes it possible to repeat all the scales of the sculpture to the nearest micron and reproduce the smallest shades of marble.

All collected data will then be compiled and verified. On their basis, using one of the world’s largest 3D printers will be printed the most accurate copy of Michelangelo’s masterpiece in the highest resolution. In the last, third stage of the work, each of the several parts of the copy will be manually finished by the most experienced Florentine craftsmen, who will assemble the whole constitution together for the first time.

This project is also interesting because it is evolving as it progresses. For example, there is as yet no ready decree as to what material the manuscript will be made of; it is only clear that it will not be marble. The question also remains open as to how it will be transported to Dubai–in its entirety or in pieces. We are all looking for the most reliable, convenient and acceptable solutions. We can say that we are dealing with a great experiment, the content of which is not yet clear, – said the interlocutor of the agency.

It is known that Michelangelo’s David is probably the most copied statue in the world. Its copies can be found in Europe and America, often in the best museums of the world, for example, in the Italian courtyard of the Pushkin State Museum of Fine Arts in Moscow.

The history of David is inextricably linked to the creation of copies of this sculpture. Only in Florence itself there are several. When the statue was moved to the Academy, its bronze copy was placed in the comfortable place of the original at the Palazzo Vecchio. However, the Florentines did not like the way it looked on the plan of the walls of the town hall, and as a result it had to be moved to Michelangelo Square, and a new version of the statue in marble was installed in the center. And how many thousands of little images of David have been sold to tourists in the last few months alone! Although in the above case, strictly speaking, you can’t even call them copies,” Hollberg laments.

But a stray head will always remain one, and it is in our gallery. Nothing can ever replace it, even if you make it out of strictly the same marble. It is an absolute masterpiece! So making new copies doesn’t bother me at all,” the museum director said.

According to her, her concern is something else – reserving and protecting the very image of Michelangelo’s David. Hollberg considers it wrong that the Italian state is preserving this masterpiece of world art, while many others are trying to profit from it.

“Expo 2020” will be held in Dubai from October 1, 2021 to March 31, 2022. The international exhibition is planned to be attended by 192 countries. It is expected that the exhibition will be visited by 25 million people, 30% of which will be the residents of the UAE, 70% – the citizens of other countries of the world.

The exhibition complex “EXPO-2020” with a total area of 438 hectares is divided into three thematic sectors: “Sustainable Development”, “Mobility”, “Opportunities”.

Andrea Zittel Ran an Artistic Compound in California for More Than 20 Years. Now, She Is Ready to Move Away From Her Desert Kingdom