Home News Ever Wanted to Sleep in a Giant Acorn? See the Wildest Winners... 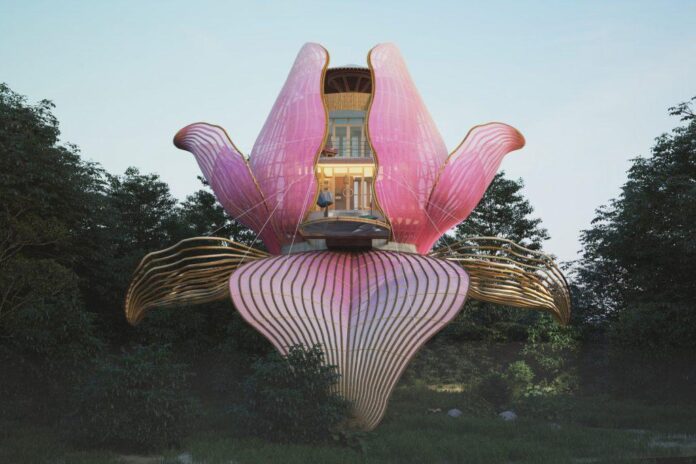 Planning a trip? Soon you will be able to count rock-candy cottages, a dragon’s egg deep in the forest, and even a floating avocado among your options for travel lodging. Each of these accommodations, and more, will hit Airbnb next year courtesy of their new OMG! Fund, which just awarded $100,000 each to 100 mind-bending architectural proposals from potential hosts, allowing them “to build the craziest places on earth.”

The winners from 20 countries were announced on Monday. The were chosen for their originality, but also feasibility, attention to interiors, and sustainability. Airbnb received well over 10,000 entries, and kept tabs along the way. Some 1,214 applications proposed treehouses, and 7,931 involved solar panels, while 961 were inspired by music, 777 were inspired by fruit, and 509 stemmed from mushrooms.

Some were niche and personal, but nature proved an overarching muse. Ignacio R. of Chile, who submitted an idea for a “Floating Avocado House,” said: “I have spent most of my life on our family farm—the happiest memories of my childhood come from there. It has something so special that just resonates with me. That’s why I have this dream, this calling, of sharing it with more people.”

“What an incredible journey it has been to be a part of the OMG! Fund judging process,” Wolfe remarked on Airbnb’s blog. “As a builder myself, I can’t wait to watch these ideas come to life. These are more than just places to spend the night—each one offers an entire experience!”

But travelers are the real winners in this game. Per the contest’s terms, all 100 architecturally unique spaces will be available for rent from Airbnb’s OMG! category by Summer 2023. So pull out your planner, and take a sneak peek at the winning getaways below. 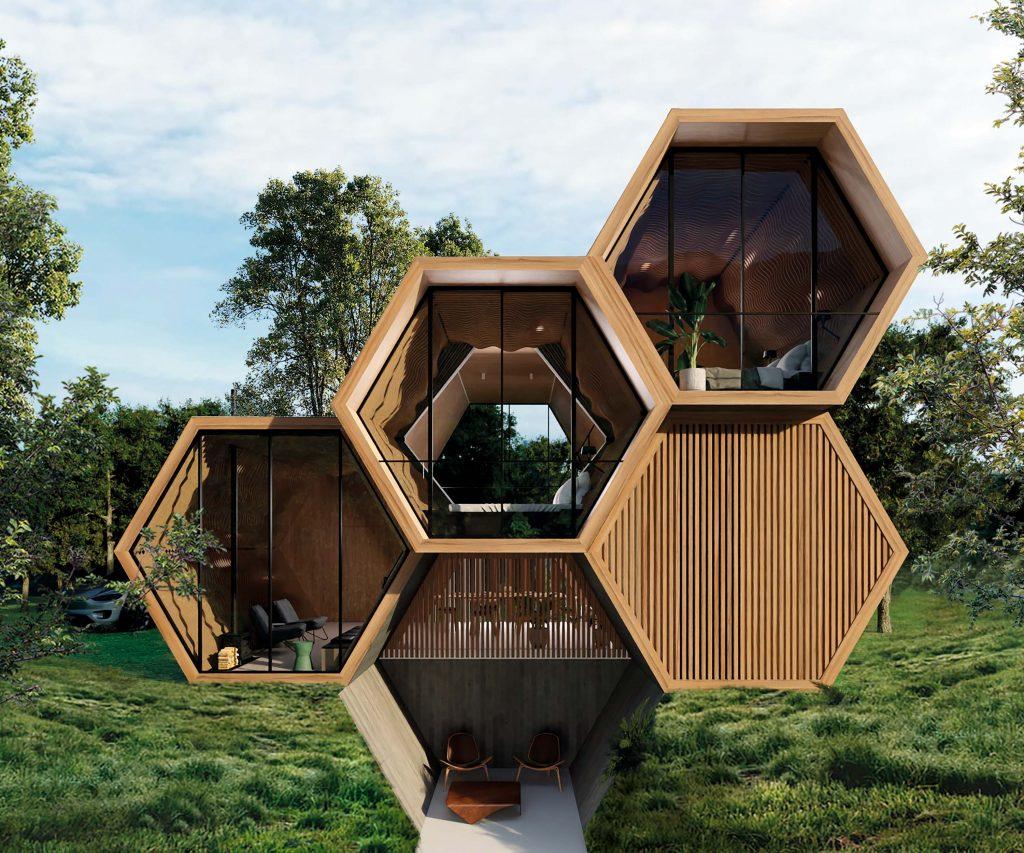 Sustainable Beehive House in the Rainforest, by Esteban A. in Costa Rica. 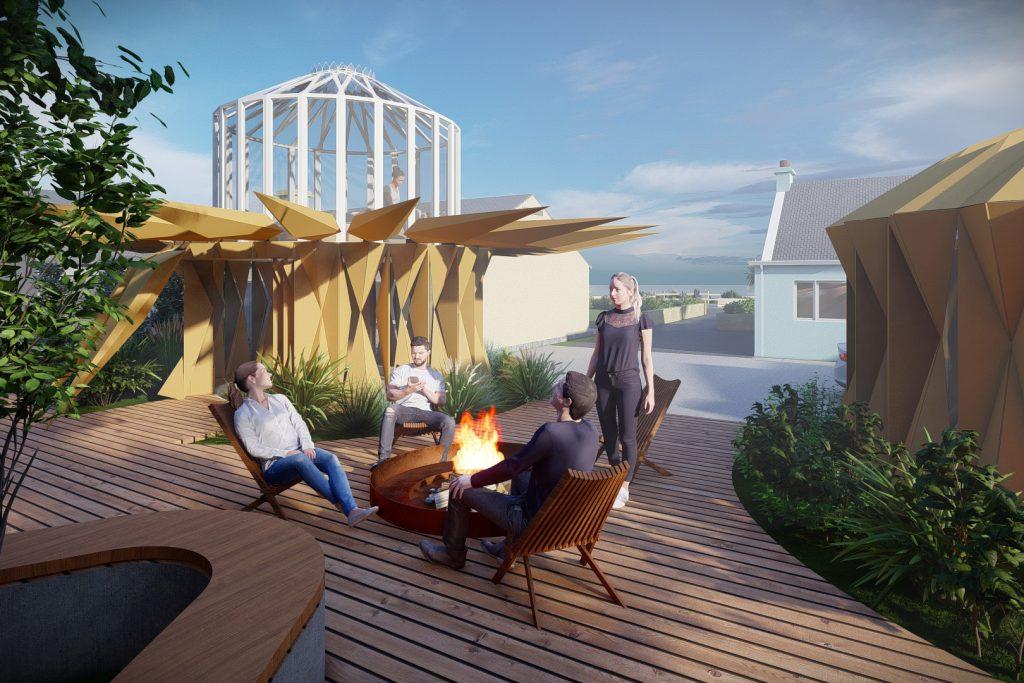 Building That Blossoms Like a Flower, by Pol G. in Ireland.

Giant Camera Atop a Georgia Mountain, by Matthew F. in the U.S. 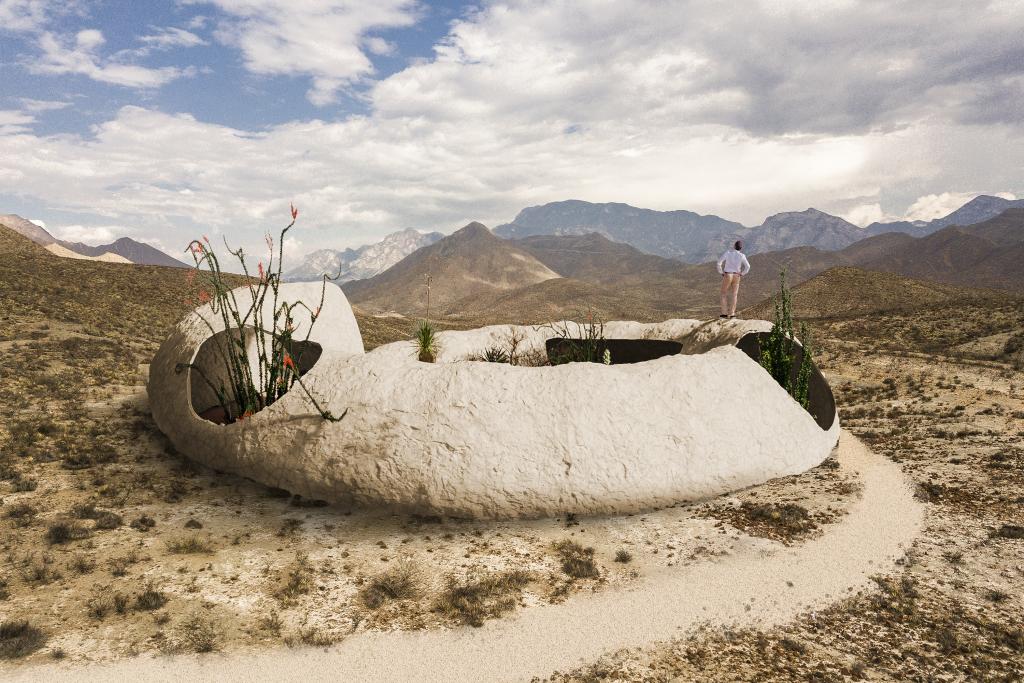 Livable Giant Fossilized Snail in the Desert, by Diego A. in Mexico. 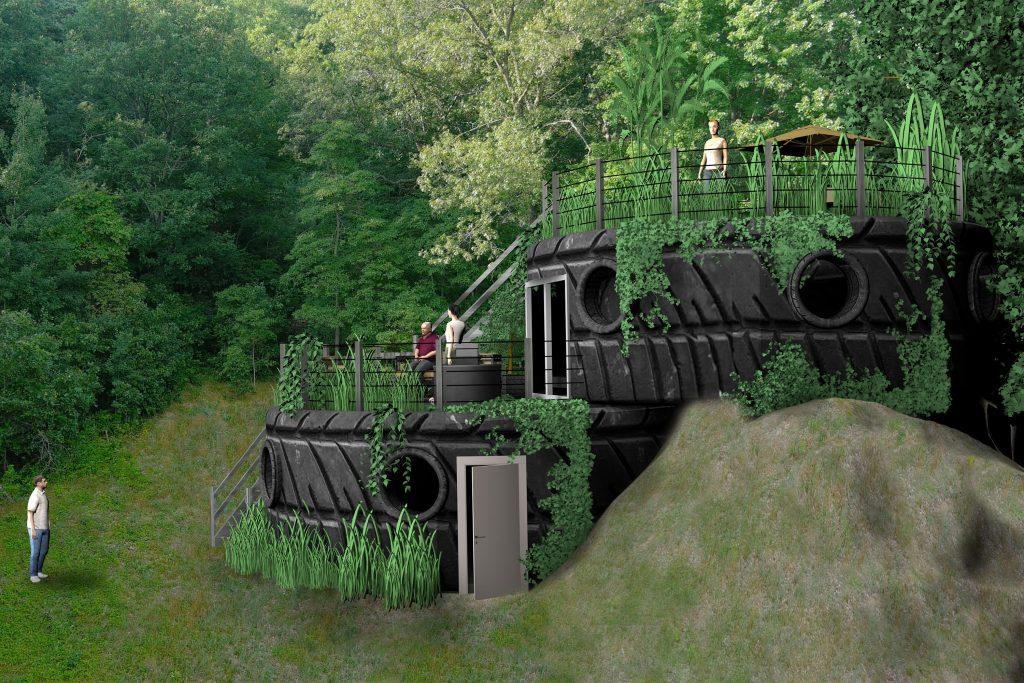 Tire-Shaped House Made of Junkyard Tires, by Kim S in the U.S. 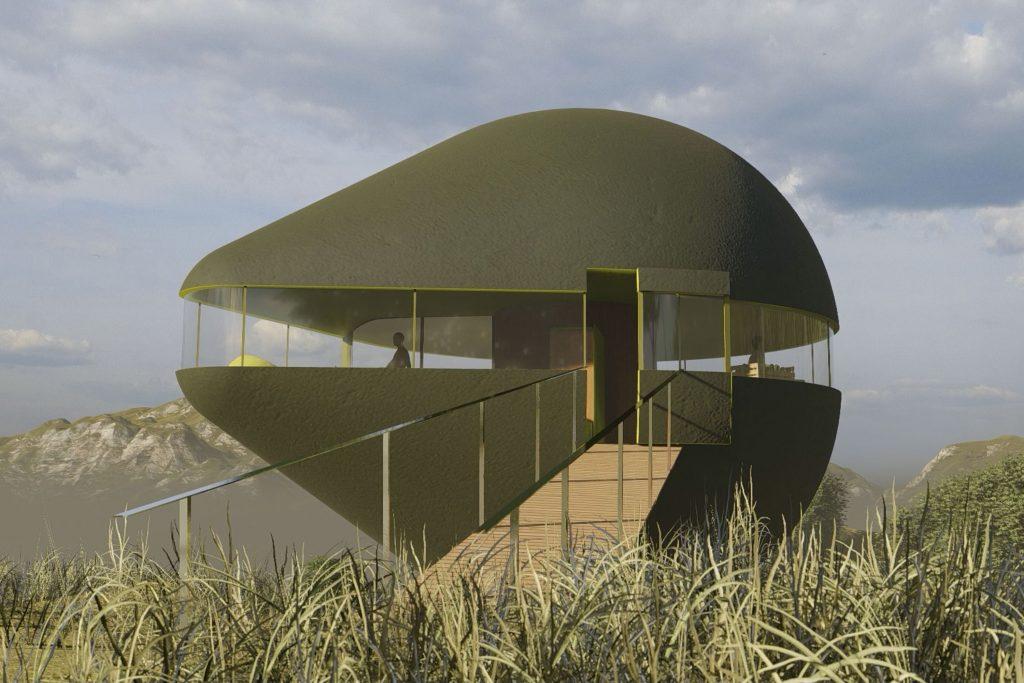 Floating Avocado in an Avocado Farm, by Ignacio R. in Chile. 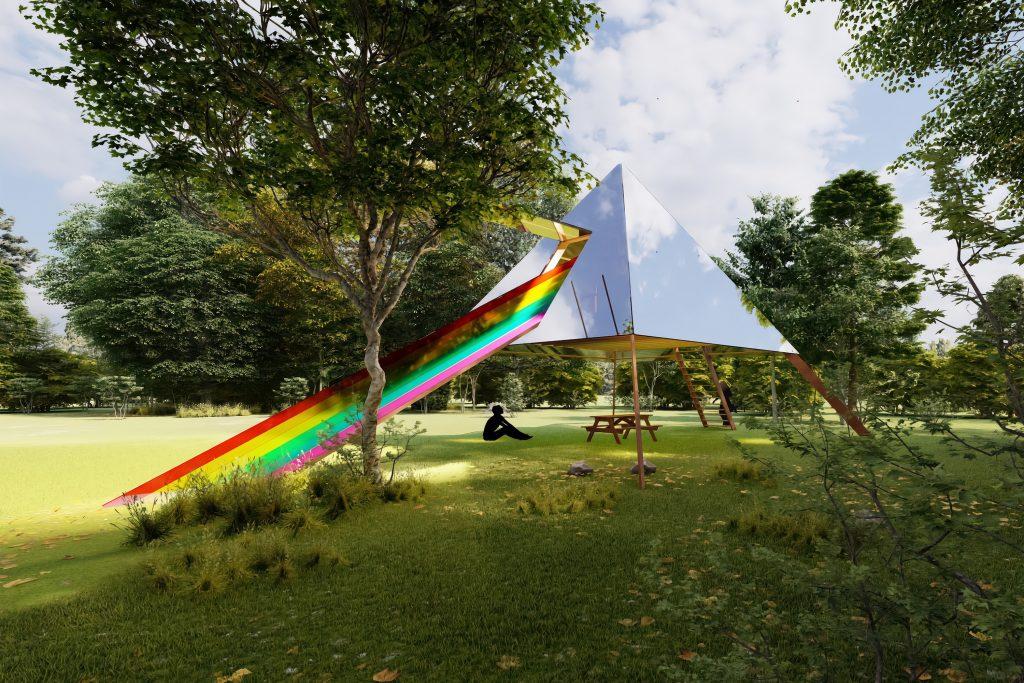 The Ultimate Music Lover’s Hideaway, by Madeleine T. in the U.K. 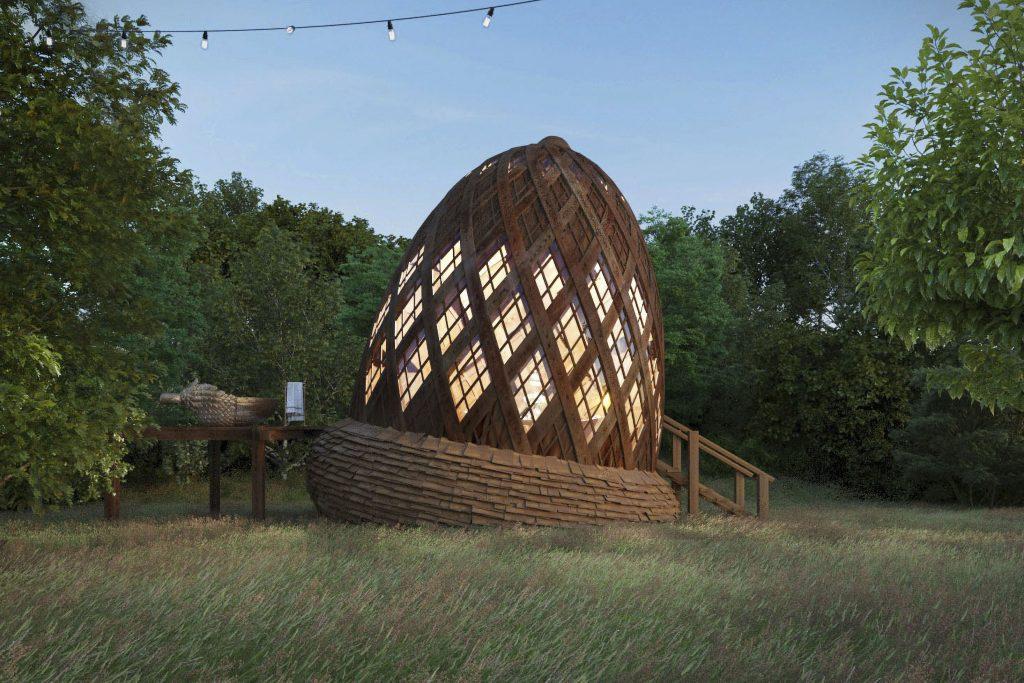 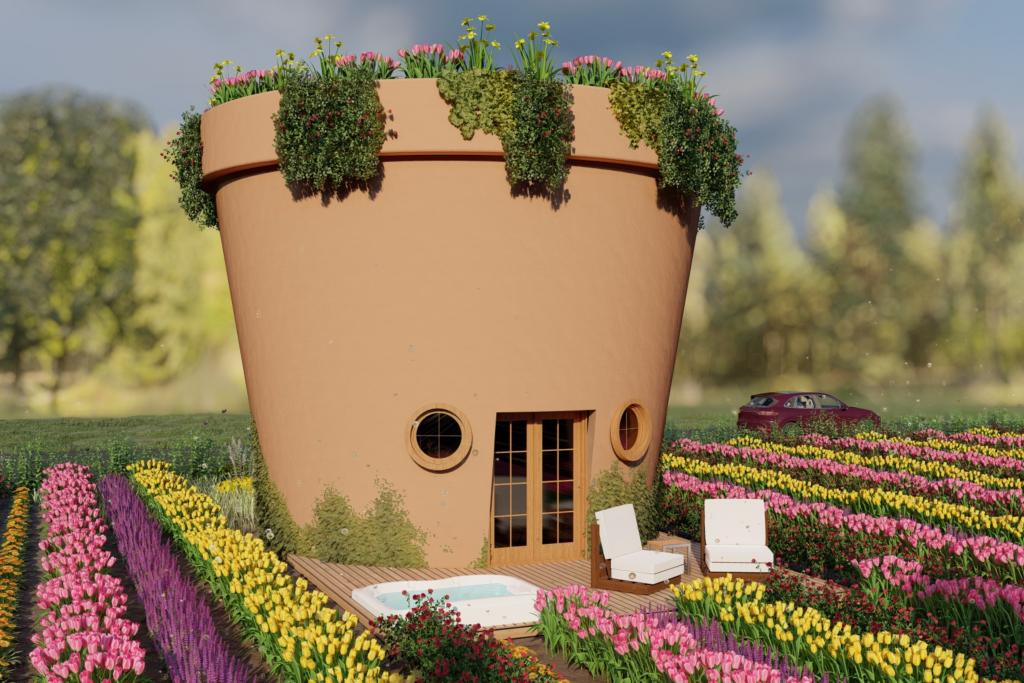 Giant Flower Pot on a Farm in Idaho, by Whitney H., in the U.S.