Home News From an Alice Neel Survey to a Moving Show on Still Life... 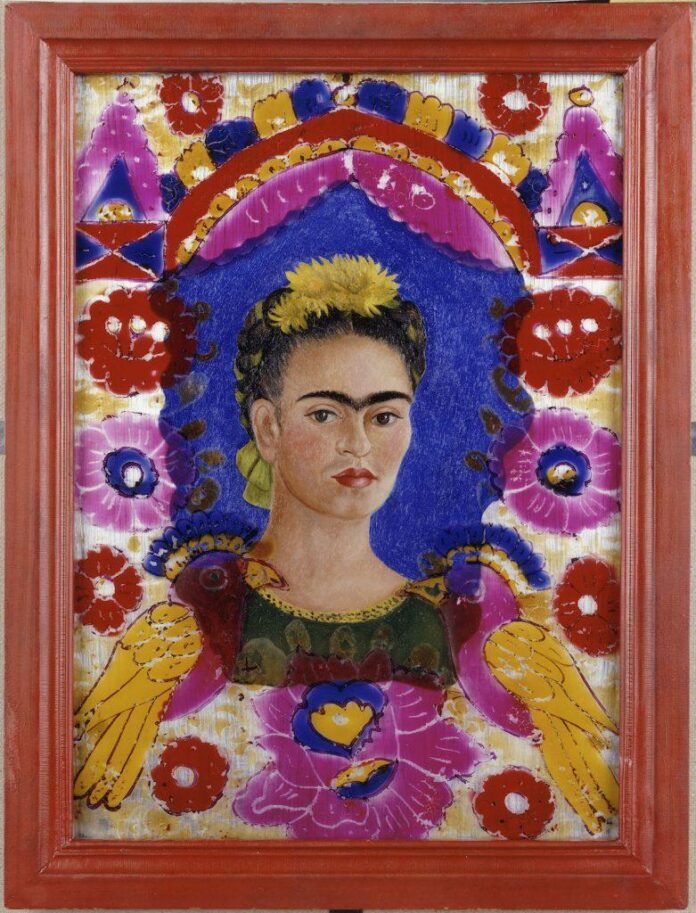 As the debut of Paris+ prepares to unfold in the Grand Palais Éphémère, the city’s museums are presenting a rich variety of visually and intellectually stimulating exhibitions. Our round-up of nine shows confirms how artists continue to reinvent the wheel while drawing inspiration from artists born decades and centuries before them. 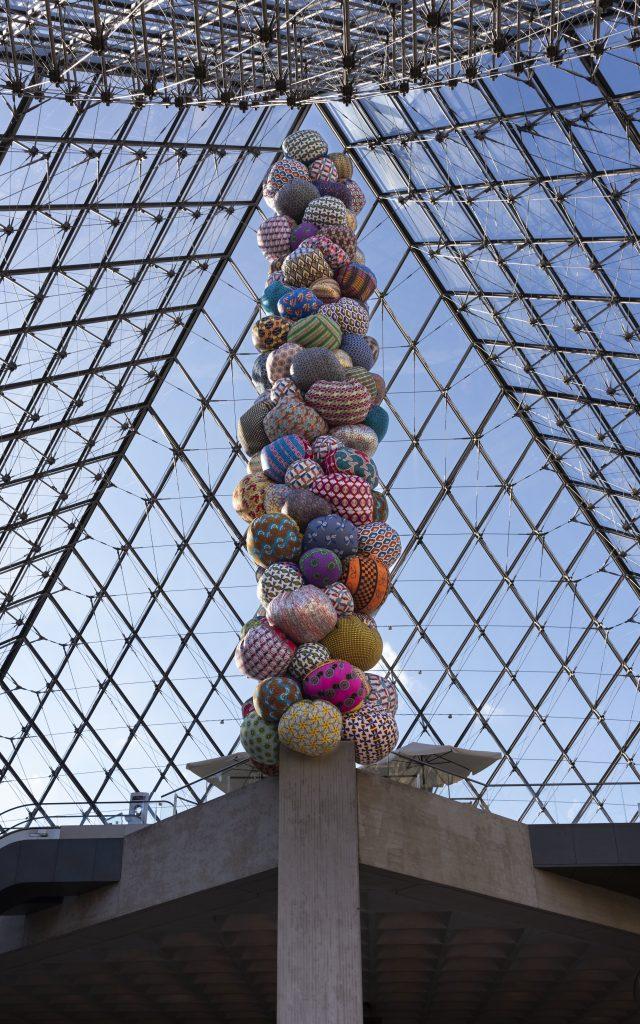 Soaring into I. M. Pei’s glass pyramid at the Louvre is a towering sculpture of fabric-covered balls by Cameroonian artist Barthélémy Toguo. Alluding to migrants that have perished on their voyage (the piece is titled ), the commissioned work exemplifies how curator Laurence Bertrand Dorléac has sought to extend what the genre of “still life,” or nature morte, can encompass today. “Things – A History of Still Life” assembles an incredible diversity from Bottle Rack (1914/59) by Marcel Duchamp to Georges de La Tour’s painting of Mary Magdalene in front of a candle. 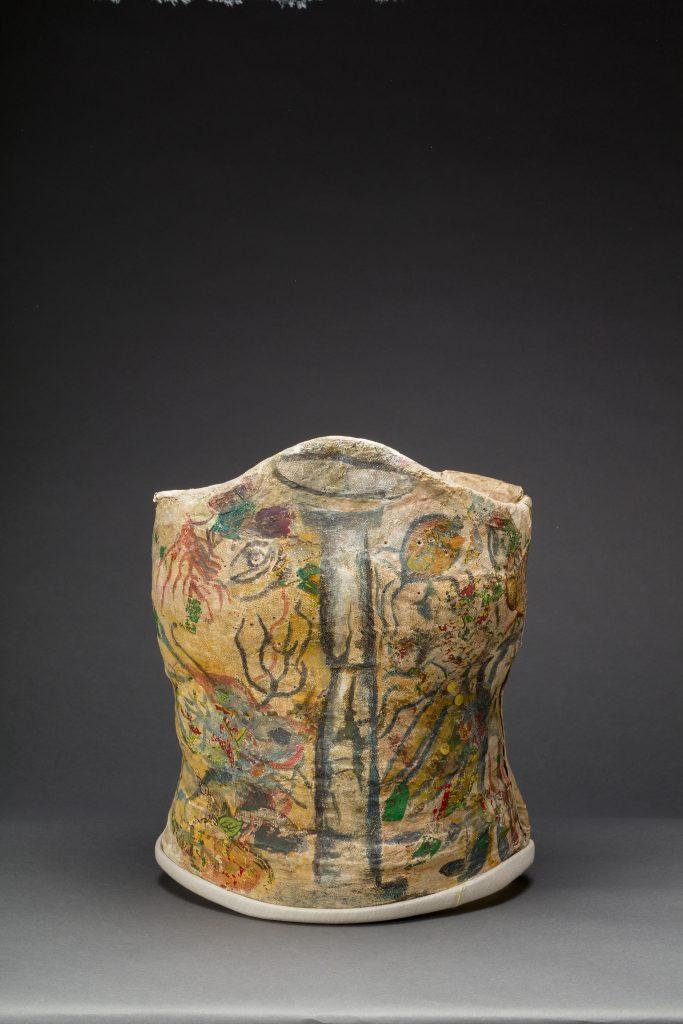 Taking us behind the scenes of Frida Kahlo’s life, this insightful exhibition explores the intimate issues that informed and created the Mexican artist’s unique identity. On show are more than 200 objects from the Casa Azul, the house where Kahlo grew up, including black-and-white family photos, hand-painted orthopaedic corsets that she wore due to her disability after contracting poliomyelitis, a prosthetic leg, boots, and traditional Tehuana dresses. Kahlo’s husband, the Mexican muralist Diego Rivera, placed these personal items under seal after she died, and they were not discovered until 2004. Also on view are several self-portraits and a portrait of Kahlo by Dora Maar taken during Kahlo’s trip to Paris. 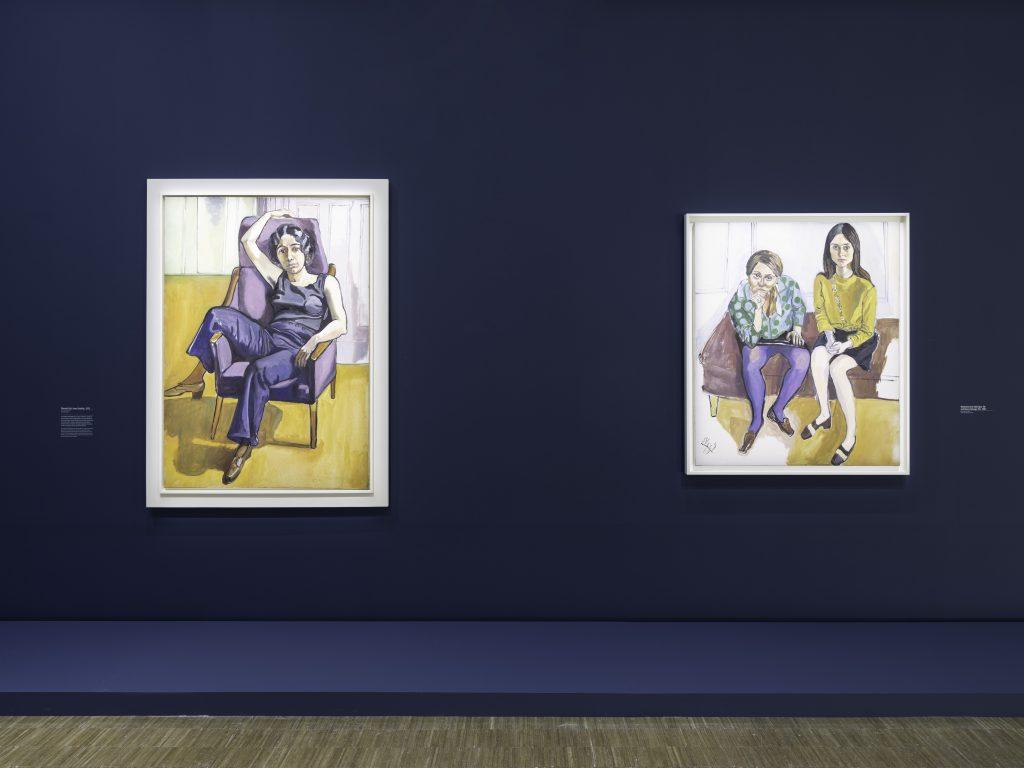 Mixed-race and homosexual couples, unemployed people, and pregnant women all fell under the unflinching gaze of the 20th century artist Alice Neel—a radical feminist who was also a member of the Communist party. Yet as her figurative painting went against the prevailing vogue of abstraction, pop art, minimalism, and conceptualism, Neel’s oeuvre was largely overlooked during her lifetime. This exhibition seeks to elevate her place in the history of art cannon. 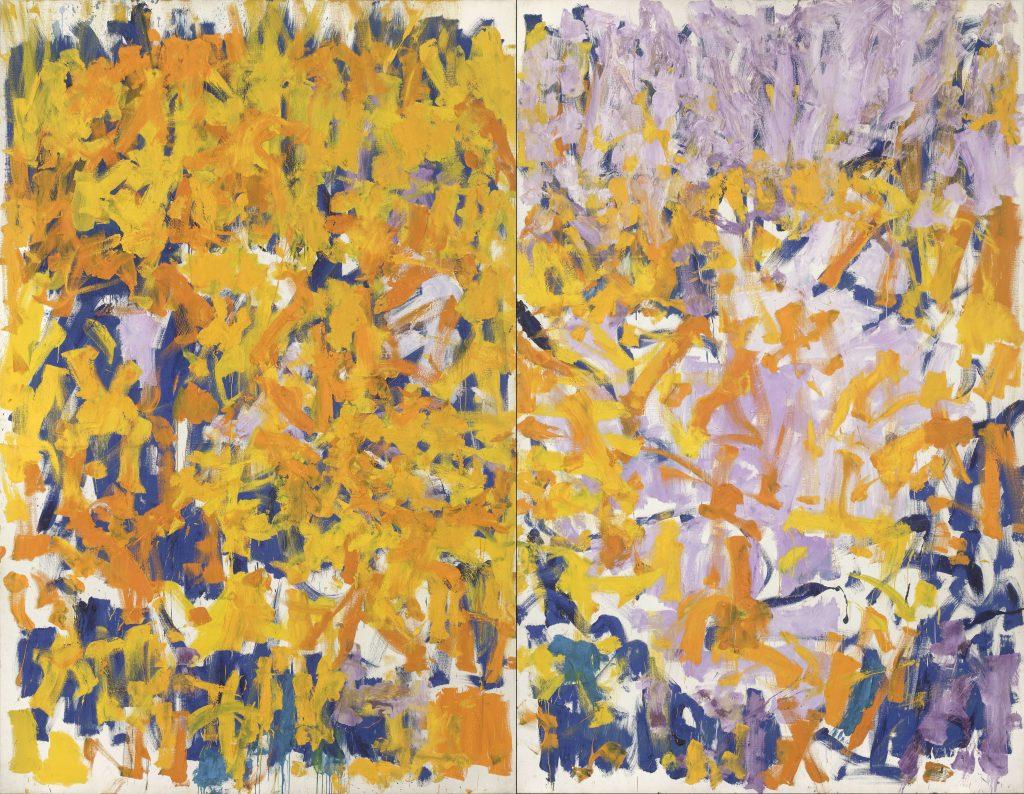 American artist Joan Mitchell once said that she “admired the late but not early Monet.” It is indeed with the fabulous paintings from Monet’s late period of his garden in Giverny that Mitchell’s vibrant works made with thick brushstrokes, many decades later in Vétheuil near the Seine, are juxtaposed. What’s immediately striking is how the two artists shared a similar chromatic sensitivity in their palettes and a dedication to inventing new ways to depict landscape—Monet spoke of “impression” and “sensation,” while Mitchell sought to express “feeling.” 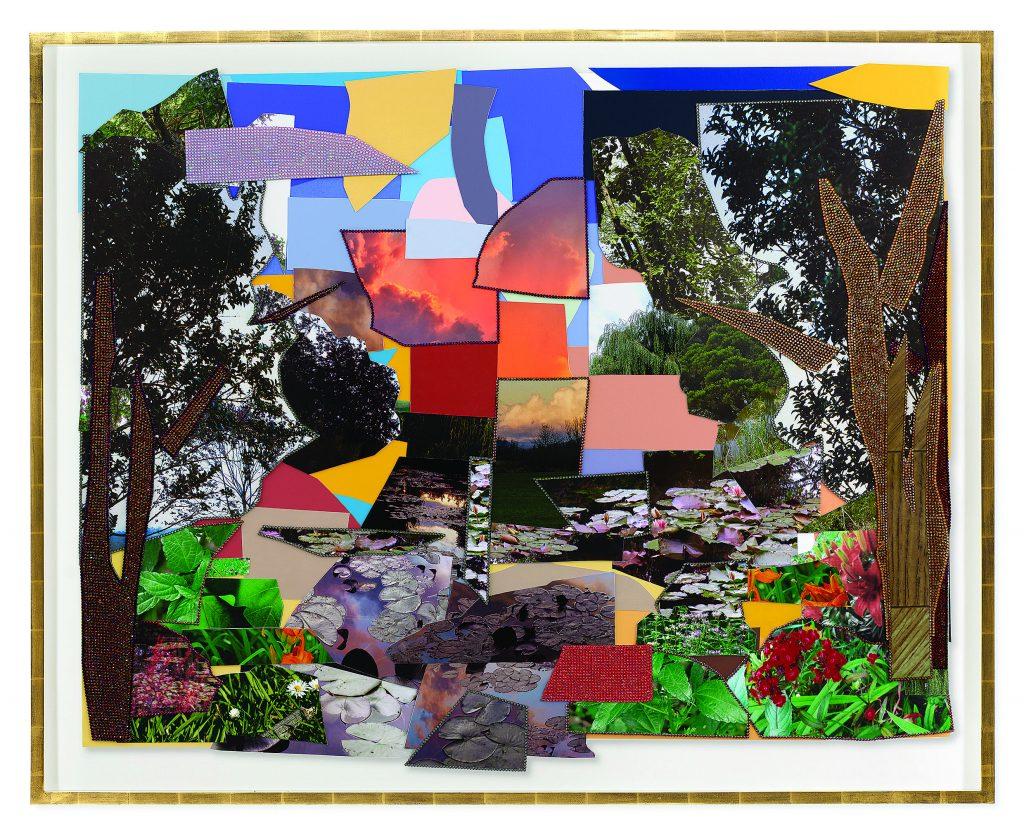 In 2011, American artist Mickalene Thomas was an artist-in-residence at Claude Monet’s home in Giverny. For this exhibition, she has revisited that experience and interpreted the Impressionist artist’s house with her own visual language—a rich collage composed from photographs of Monet’s garden as well as printed and painted elements delineated with Swarovski crystals. Another work referring to Le Déjeuner sur l’herbe features three Black women in a celebration of pride and female power. A video work shows Thomas reclining nude, interspersed with fragments of Amedeo Modigliani’s famous nudes and abstract images, as a voice narrates the hardship of growing up as a mixed-race woman.

In the nave of the Musée d’Orsay is Kehinde Wiley’s magnificent monumental bronze sculpture of a young man collapsed across the saddle of a galloping horse. Another sculpture portrays a resting male figure, ivy meandering over his body—the pose is duplicated in a richly detailed painting of a figure clad in a Louis Vuitton top, jeans, and white Nike sneakers, lying upon a rock in a landscape. Through revisiting stereotypes of Western art, Wiley majestically re-contextualizes classic pictorial forms while dwelling on violence, suffering and peacefulness. 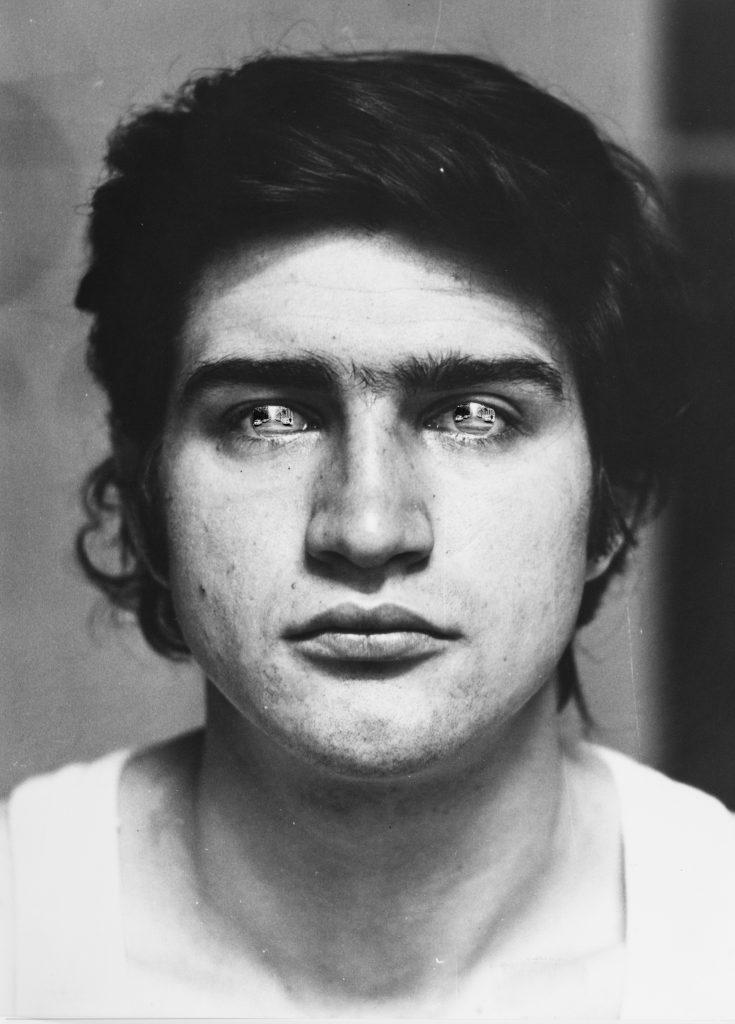 The title of this show is taken from the work Rovesciare i propri occhi (To reverse one’s eyes), 1970, depicting a young Giuseppe Penone—who was the youngest member of Italy’s Arte Povera group—wearing mirrored contact lenses he had custom made. Spread across two venues, the exhibition features seminal works by Arte Povera artists, such as Michelangelo Pistoletto’s Sfera di giornali, a ball made of newspapers that he rolled in the streets of Turin, and his mirror paintings. It also looks at the work of lesser-known photographers who influenced or exhibited with the Arte Povera artists, thus bringing a wider context to the radical Italian movement. 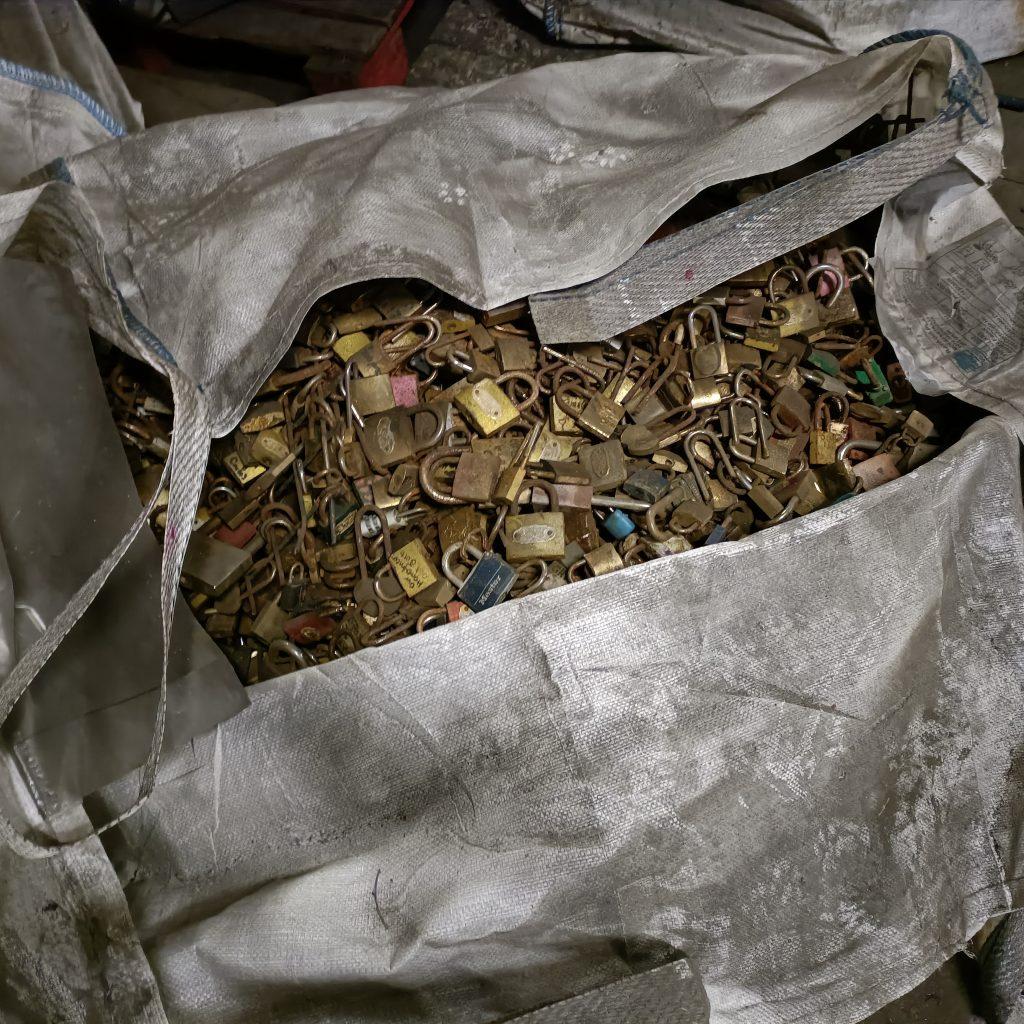 Entropy and man’s quest to overcome it and failure to do so lies at the heart of Cyprien Gaillard’s double exhibition. From the restoration of the Eiffel Tower to the removal of love locks from the Pont Neuf because they were weighing down the bridge, Gaillard’s gaze is turned to Paris and the attempts to spruce up the city ahead of the 2024 Olympic Games. The second-part of the show, at Lafayette Anticipations, is focused on literally trying to make a clock sculpture work again. 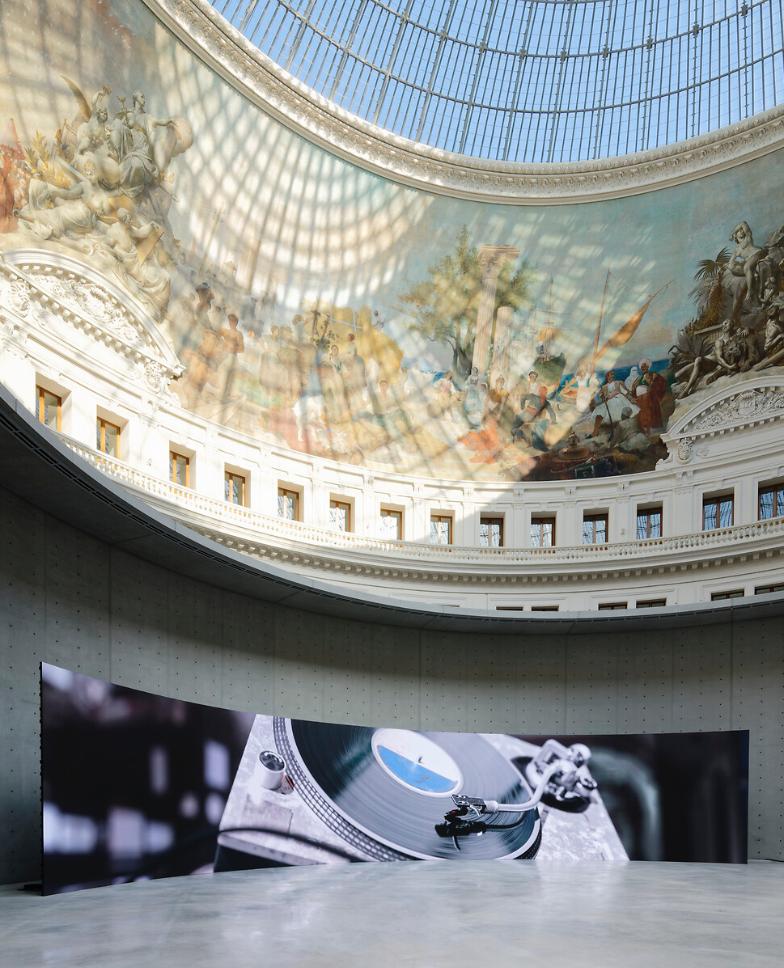 Projected onto a vast, curved screen in the rotunda of the Bourse de Commerce is Anri Sala’s Time No Longer (2021) – an elegy to African-American astronaut and saxophonist Ronald McNair who never fulfilled his dream to record music in space as his space shuttle exploded seconds after takeoff. As with ‘Ravel Ravel Unravel’, which the Albanian-French artist unveiled in the French Pavilion of the Venice Biennale in 2013, it is a mesmerizing exploration of recomposing sounds and images. Other new works by the artist are on display in the vitrines while older videos are on show in the ground-floor gallery and basement.