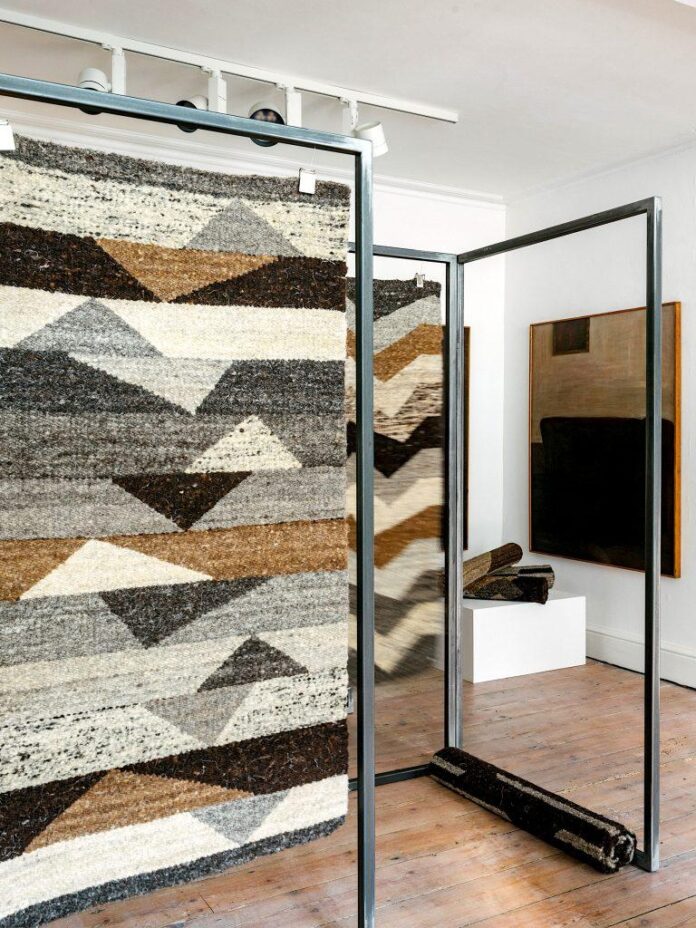 Weaving has set the rhythm of Rachel Scott’s daily life since the mid-1970s when she noticed that her stair carpet was becoming increasingly threadbare. Using some balls of raw Welsh wool, a makeshift spinning wheel, and an old bedstead as a loom, Scott began her first weaving project. “Making things by hand for me is the only way and has been since I was a child,” said Scott, who is now in her 80s. “What else would I do with my time?” 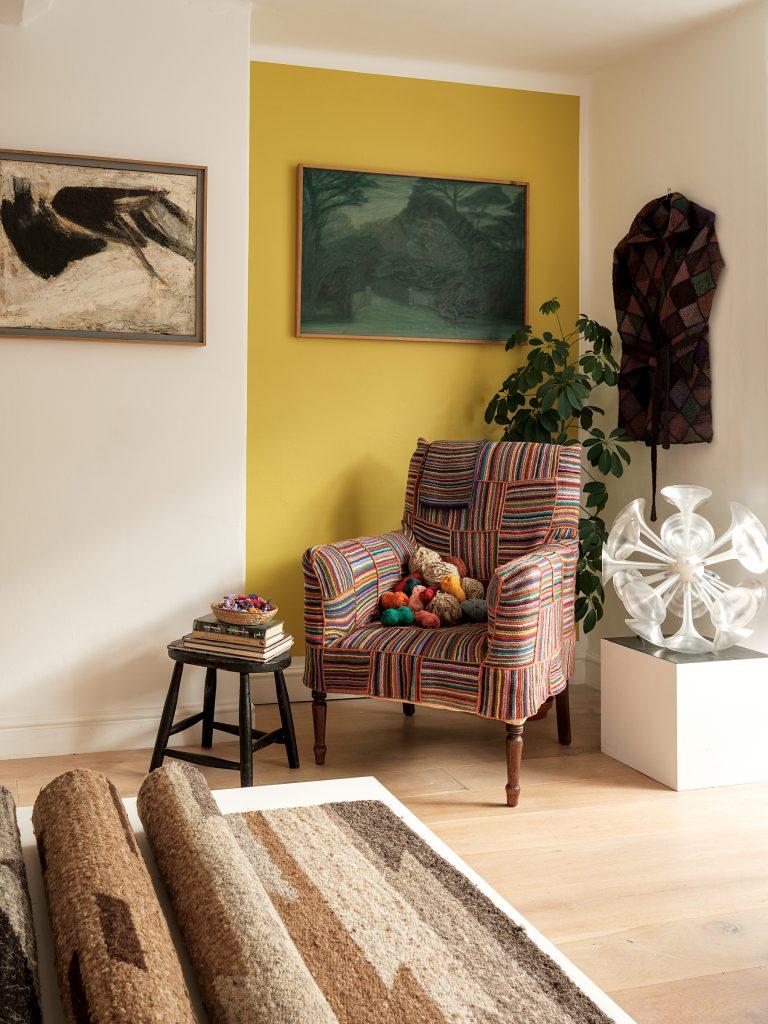 A selection of Scott’s handmade works—including rugs, early paintings, and clay sculptures—are on display until February 11 at Make, Hauser & Wirth’s contemporary craft space in Bruton, Somerset, in the U.K. The items, many of which are available to purchase, have been chosen by the gallery’s curator and director, Jacqueline Moore, who hand-selected objects from the London home Scott shares with her husband, the renowned abstract artist Frank Bowling.

Scott first met Bowling at the Royal College of Art, where she studied painting between 1959-64. Upon graduating, she was elected a member of the London Group, an artist-led collective established in 1913. In the 1970s, as the mother of two young children, her attention turned to pottery and patchwork. She began making pinch bowls, plates, and small ceramic figures in clay. 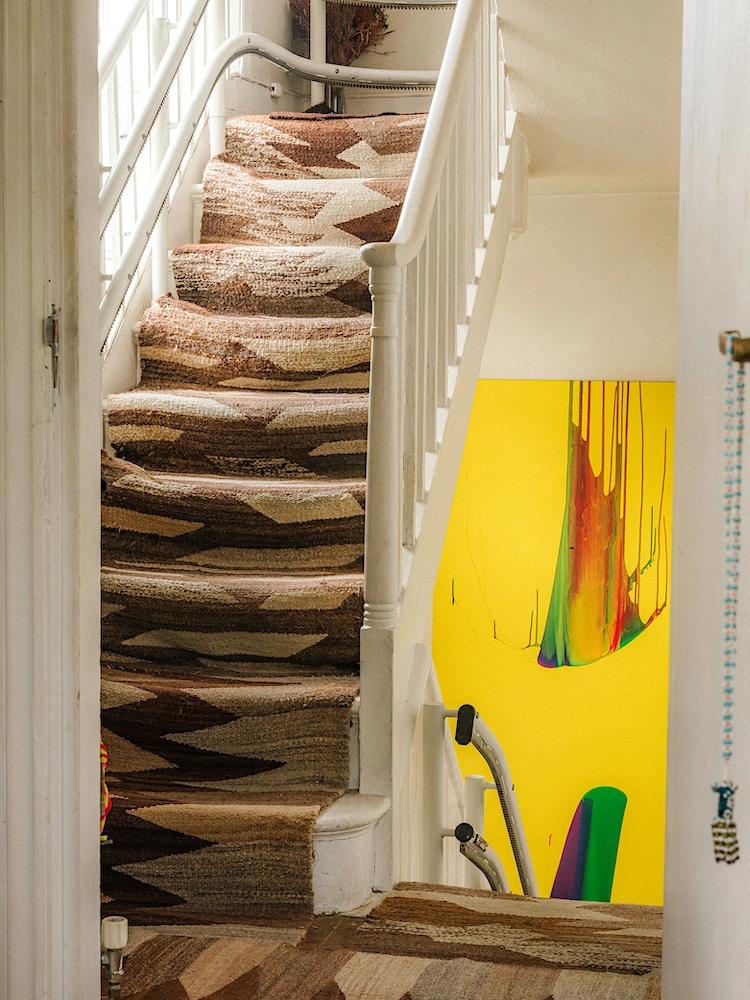 The stairs in Rachel Scott’s home. Courtesy of Hauser & Wirth.

In 1979, Scott stopped painting completely and instead dedicated her time to making “useful” objects for the home: patchwork clothes and furniture covers made from unwoven lambswool sweaters and hard-wearing braided rugs made from “old sheets, nappies, and goodness-knows-what”—and geometric rugs made from undyed wool taken from native British sheep.

Scott’s rugs are directly inspired by an exhibition on Native American woven blankets she saw at the Institute of Contemporary Arts in London in the 1970s. The design is also dictated by her chosen raw material. “For me, it all has to be diagonals,” she said in a video for Design Milk that appears on her website. “I wouldn’t ever attempt to do a curve, because the yarn isn’t fine enough for a curve.” 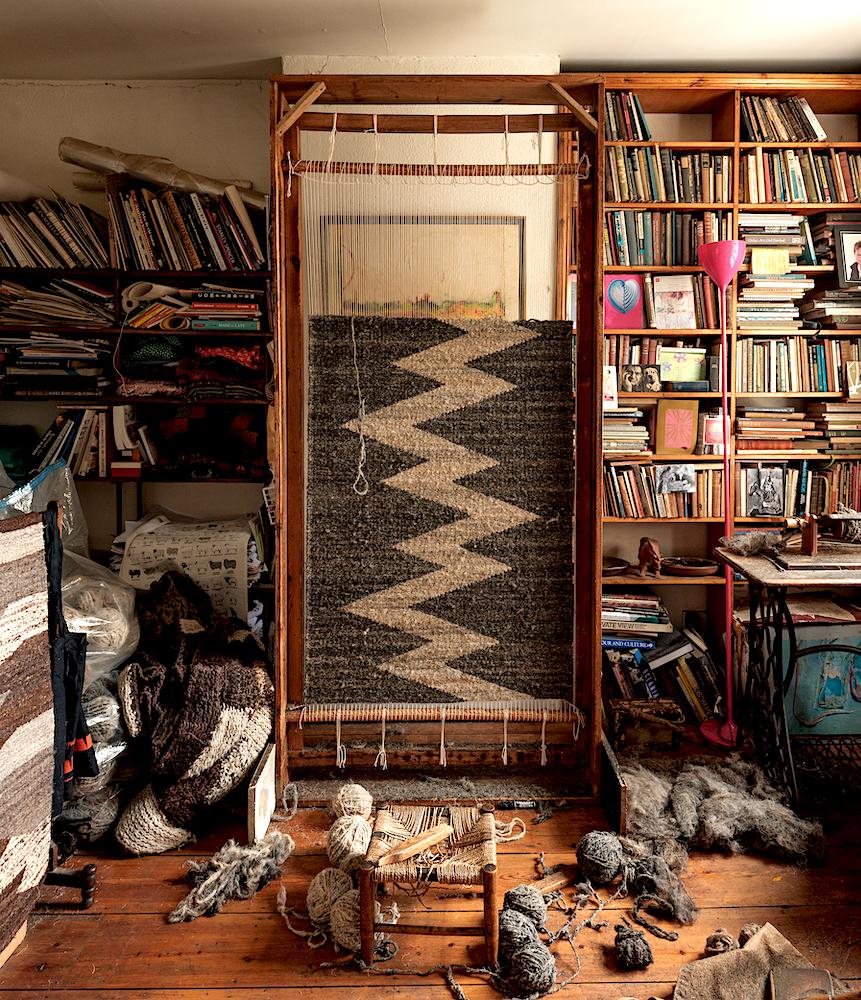 A rug on the loom in Rachel Scott’s home. Courtesy of Hauser & Wirth.

Scott spends her mornings at the loom in the top floor studio of her Pimlico flat. Her evenings are spent carding and spinning wool for the following day’s weaving. She sets a steady pace, creating between 20 and 30 rugs a year. “What I’m making now is very similar to what I was making 35 years ago, really,” remarked Scott. “I don’t want to have to think of new things to do every day: other people can do that. As long as what I’m making is useful to somebody, I think that’s fine.”

TOP 5 Renaissance Paintings You Should Know