Home News Scorpio Artists May Be In for a Creative Reckoning This Season +... 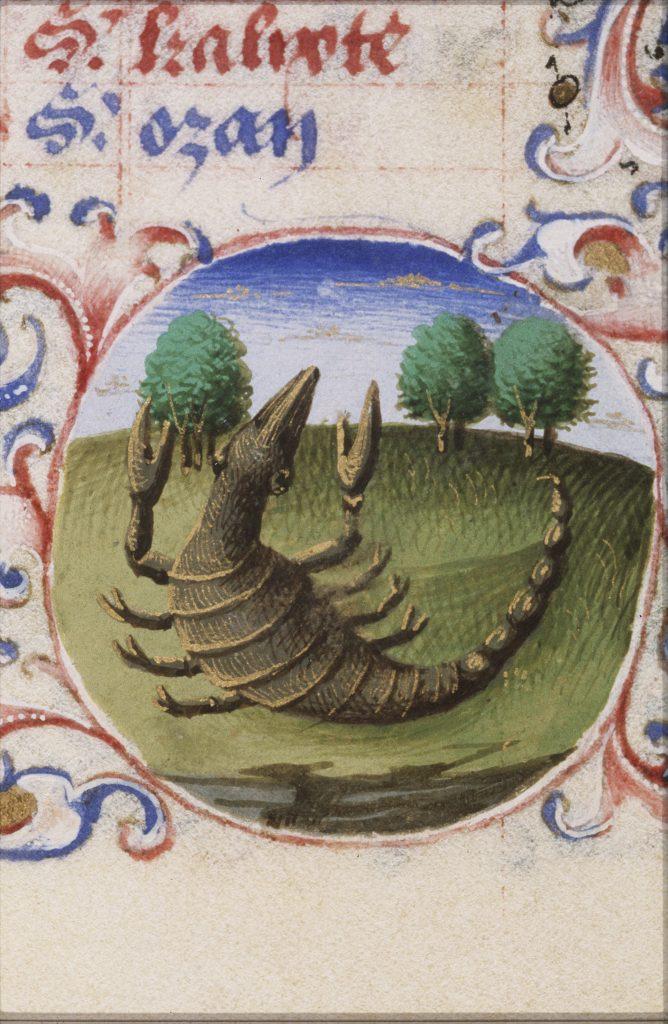 Scorpio season is officially in full swing! The eighth sign in the zodiac calendar, Scorpios are recognized for their passion, intensity, and perhaps most of all, their distinct air of mystery. Scorpio (October 23­–November 21) is a water sign that was originally said to be ruled by Mars, the planet of action, aggression, and war, but in modern astrology it is ruled by Pluto, the planet of the subconscious and renewal. Represented by a scorpion, an ancient symbol of death and rebirth, Scorpios can teach everyone a thing or two about our emotions and desires. This Scorpio season is a time to recharge, step into your power, and work with your intuition, not against it.

We spoke with astrologer Danny Larkin about what Scorpio artists—and everyone else—can expect this Scorpio season. Along with being an astrologer, Larkin is also an art critic and performance artist, as well as the author of , a guide to the sign published by Sterling Ethos. For our readers, he is offering a special sale on all in-person and virtual readings when you schedule a reading and mention this article—and Scorpios get an extra 10 percent off. 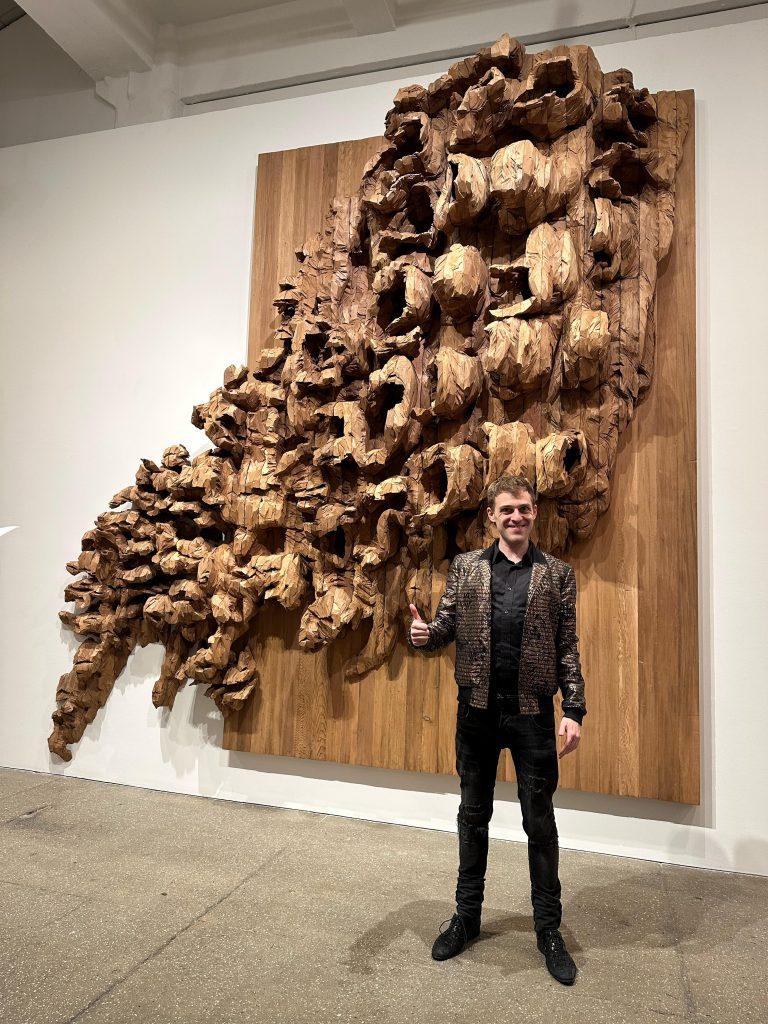 Who do you consider the quintessential Scorpio artist? Why?

Johannes Vermeer might seem like a painfully old-school answer, but he fully developed many of the Scorpio gifts. Of course, his paintings can still mystify art historians, but that’s exactly what Scorpio artists excel at—leading viewers deep into a mystery. In Dresden, a recent cleaning uncovered a new detail in (1657–59). For some reason, the painting within the painting in the background of cupid stepping on a mask, allegorizing love overcoming deceptions, was later turned into a blank wall. Something about this cupid was “too much” for the owner at the time. But that’s exactly what makes Vermeer a great Scorpio: he challenged his audience to step outside their comfort zone and kept them guessing with his symbols.

What do you think are some of the innate qualities or strengths of the Scorpio artist?

Many Scorpio artists keenly understand how to make work with this uncanny sense of mystery. For example, every work by Scorpio Surrealist René Magritte is a visual riddle that viewers are invited to solve. Not all Scorpio artists are as cerebral as Magritte, but there is often a knack for dynamic symbolism with many layers to unpack.

Are there any difficulties or shortcomings that Scorpio artists might have?

Sometimes Scorpios take it too far and come off as inscrutable. For example, when Georgia O’Keeffe was once asked why she liked the desert, she demurred, saying to her interviewer, “I don’t want to tell you because you will get interested.” Like O’Keeffe, Scorpio artists can risk seeming inaccessible. It can get in the way of promoting their work and building an audience in a competitive marketplace. It’s a tricky balance, because art with a clear, obvious meaning will never feel genuine to Scorpio. But it certainly does well on Instagram. The key is to draw the viewer into an enticing enigma, instead of alienating them with utter incomprehensibility.

Is there a medium or genre for which Scorpios might be naturally well suited?

Scorpio artists are often drawn toward the subversive, pushing the envelope of whatever medium they work with. Think about these Scorpio artists: Pablo Picasso twisted perspective into Cubism; Rodin rejected smooth figures and cast figurative sculptures with rough textures; Harriet Powers departed from the 19th-century African American quilting tradition by creating scenes with highly unorthodox iconographies that are completely unique in art history. If an emerging Scorpio artist is trying to pick a medium, they would be wise to head toward one where they feel competent at bending the rules and challenging its orthodoxies. A Scorpio artist will never excel at painting by numbers.

If Scorpios find themselves stuck or in a creative rut, what can they do to get out of it?

Scorpio painter Lee Krasner once observed, “All my work keeps going like a pendulum; it seems to swing back to something I was involved with earlier, or it moves between horizontality and verticality, circularity, or a composite of them. For me, I suppose that change is the only constant.” When a Scorpio artist needs to get unstuck, they may wish to think about their own pendulum. Maybe it’s time to swing back to an idea in an earlier body of work. Trust that the creative process will swing back to the current conundrum at a later moment—but with a fresh perspective.

What is the ideal environment for Scorpios to work in? Is there anything Scorpios should keep?

The Scorpio Dadaist Hannah Höch once set up shop in the former guardhouse in a defunct airfield in a Berlin suburb. She remarked that it was “the ideal place to sink into oblivion.” Scorpio artists need to own the fact that they thrive in odd spaces. Their studio may be in an unusual part of town or arranged in a way that might confuse others. With the word “oblivion,” Höch was referring to her process of tuning out the outside world and focusing on her work. Scorpio artists need to give themselves permission to set aside judgment—whether others’ or their own—and just be 100 percent authentic to what gets them off social media and the news cycle and into their own imaginations and creative process.

What’s the best way to support Scorpio artists? How do you give Scorpios feedback on their art in a way they will be receptive to?

The Scorpio Impressionist Claude Monet once lamented, “I’m never finished with my paintings; the further I get, the more I seek the impossible and the more powerless I feel.” Like Monet, many Scorpio artists struggle to believe that their work adequately conveys the impossible perplexity they feel in their guts. Scorpio artists need some reassurance that this bit of mystery is already there, and to have faith that it might be just enough. In their pursuit to develop work that is as deep as possible, Scorpio artists sometimes can be too ambitious. They might create works that try to accomplish too much. A single poem, a single painting, sculpture, or new media work can only achieve so much. So Scorpios need some coaching on defining what is enough, lest they create overwrought work that gilds the lily.

Is there anything Scorpio artists specifically should expect or look out for this Scorpio season?

With the recent eclipses in Scorpio, many Scorpio artists may be reckoning with a difficult revelation about their creative process. Scorpio artists try so hard to be good in their careers—often making many painful sacrifices. A messy situation might have revealed that a key piece of the puzzle has been missing for quite some time. It can be incredibly painful and shame-inducing when we realize we’ve had it all wrong. But sometimes, we simply don’t know what we don’t know until we learn it and finally know it. Scorpio artists need to be on guard against spiraling into some shame-induced paralysis. My advice is: Learn the hard lesson of this eclipse season. Get creative. Make the adjustments. Move forward to the next task or project with this new perspective. Let go.

How about for everyone else—anything we should all look out for this Scorpio season?

With eclipses on October 25 and November 8, we are in for a dramatic month—conflicts with other people may frequently come up. Everyone’s chart is a bit different. The best generic advice I can offer is to calmly talk things out in person once things get complicated. Although it can feel cathartic to send charged texts or long e-mails, they are often misconstrued. Don’t squander your time carefully crafting lines that will be misunderstood. Get to the gym or do some other exercise to cool off. Schedule some time to speak in person when things feel less charged. Eclipse energy can fool us into thinking that a blowout or excessive confrontation will heal a rift. That sentence sounds logical. However, in the heat of the moment, when we swell with self-righteous indignation, it can feel totally legitimate to give someone a piece of our mind and let the chips fall where they may. Consider the value of walking away and asking for some space to cool off before engaging. Successful adult relationships thrive when we troubleshoot in good humor and embrace the ongoing process of fine-tuning and adjusting our patterns. And when we scream and yell, folks shut down, get defensive, and lose the creative spark of forging the compromises that move the dynamic forward. 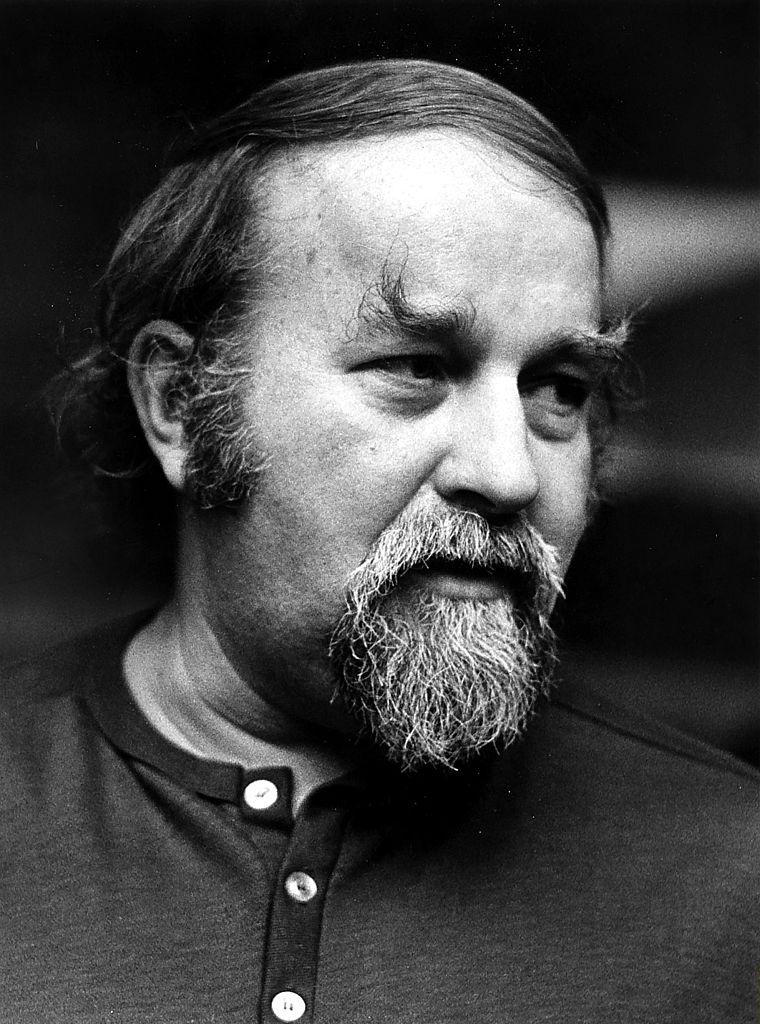 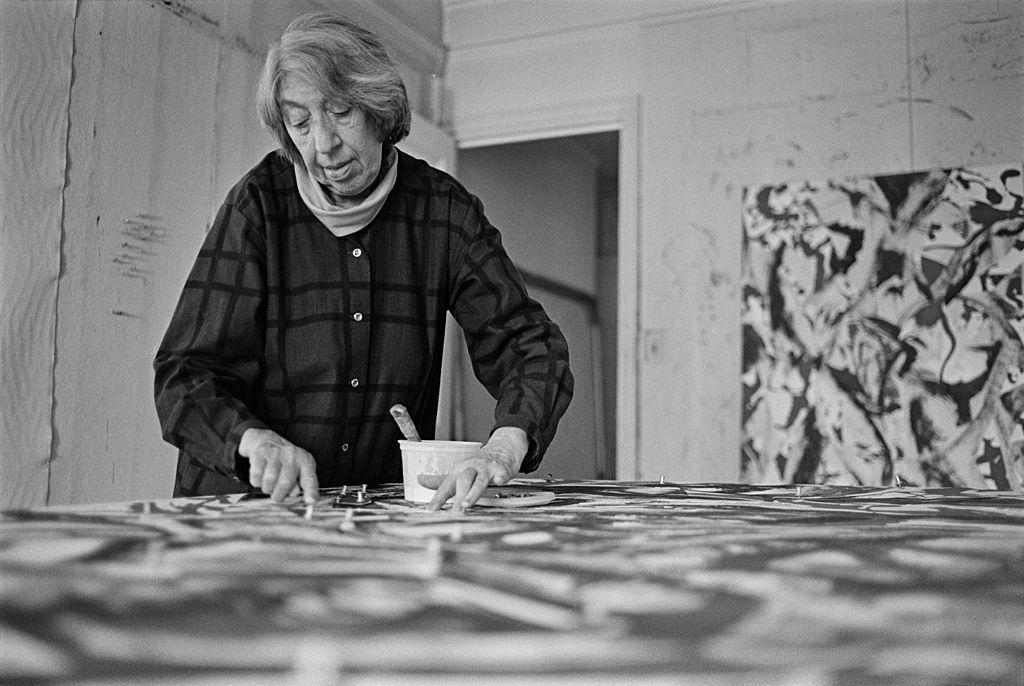 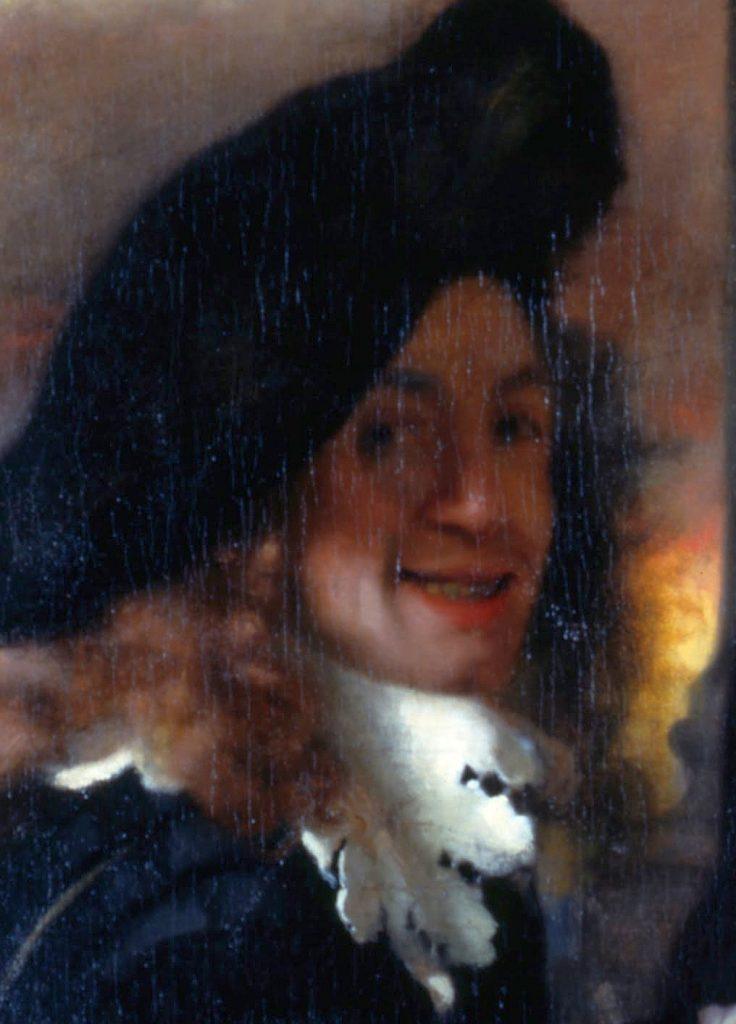 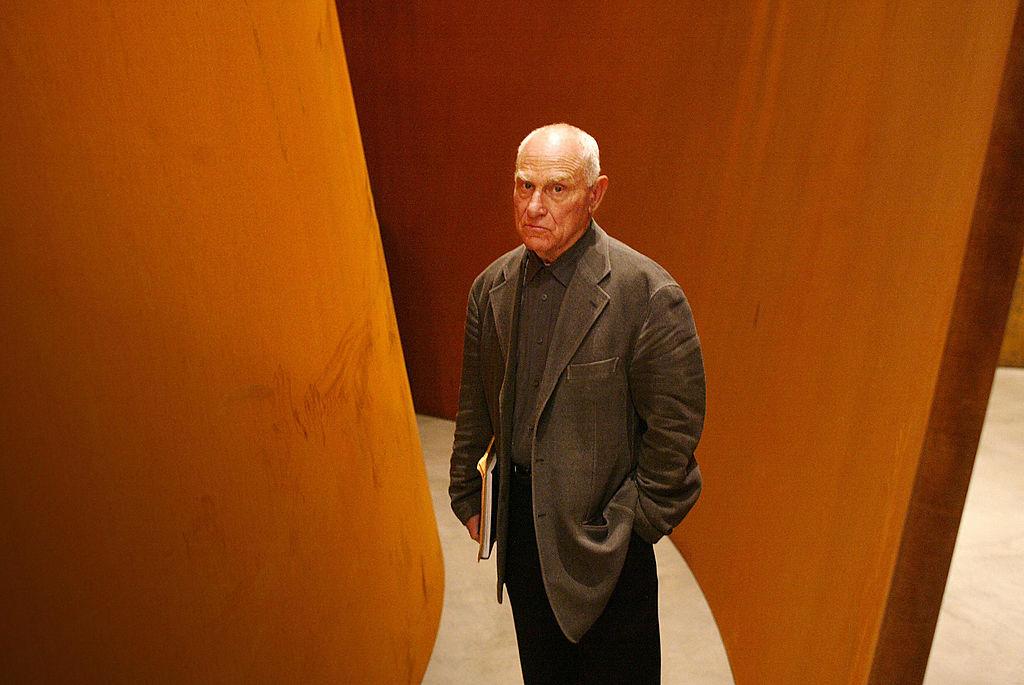 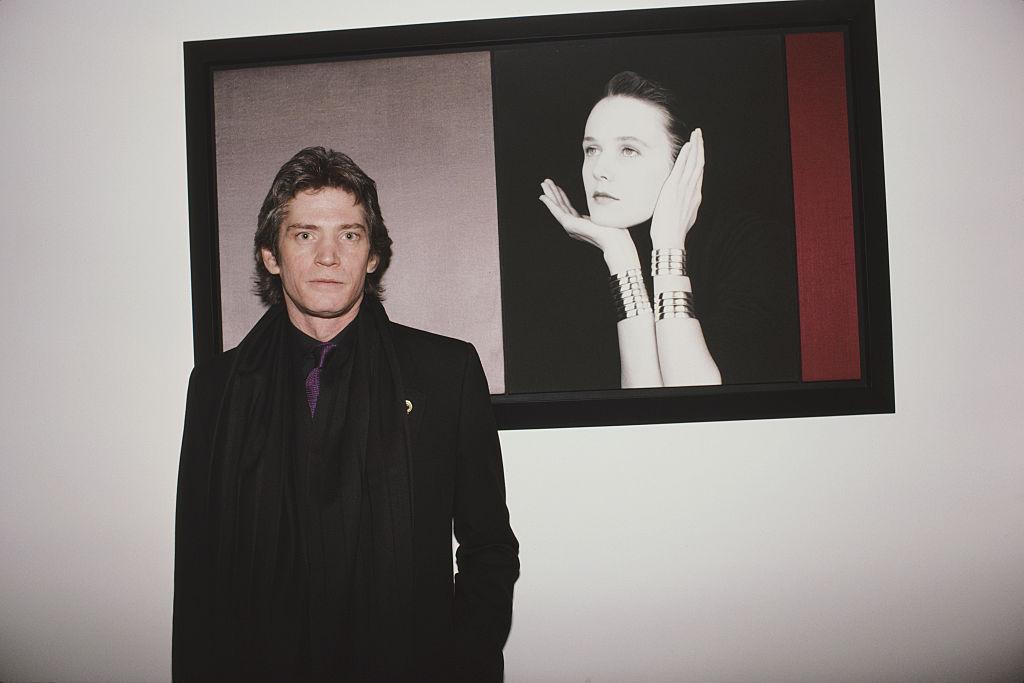 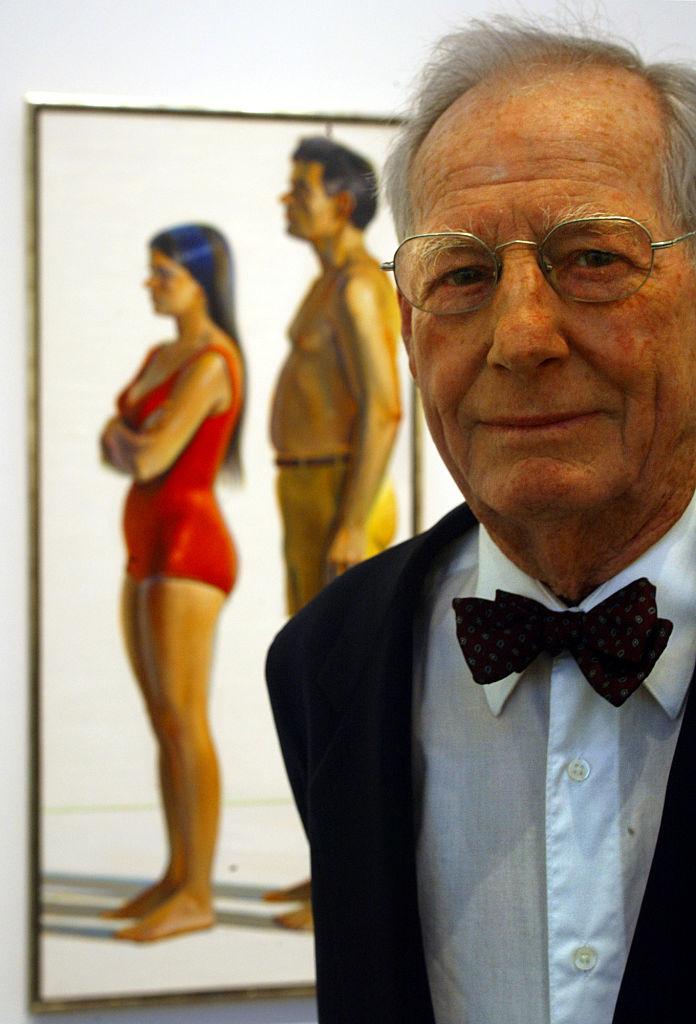 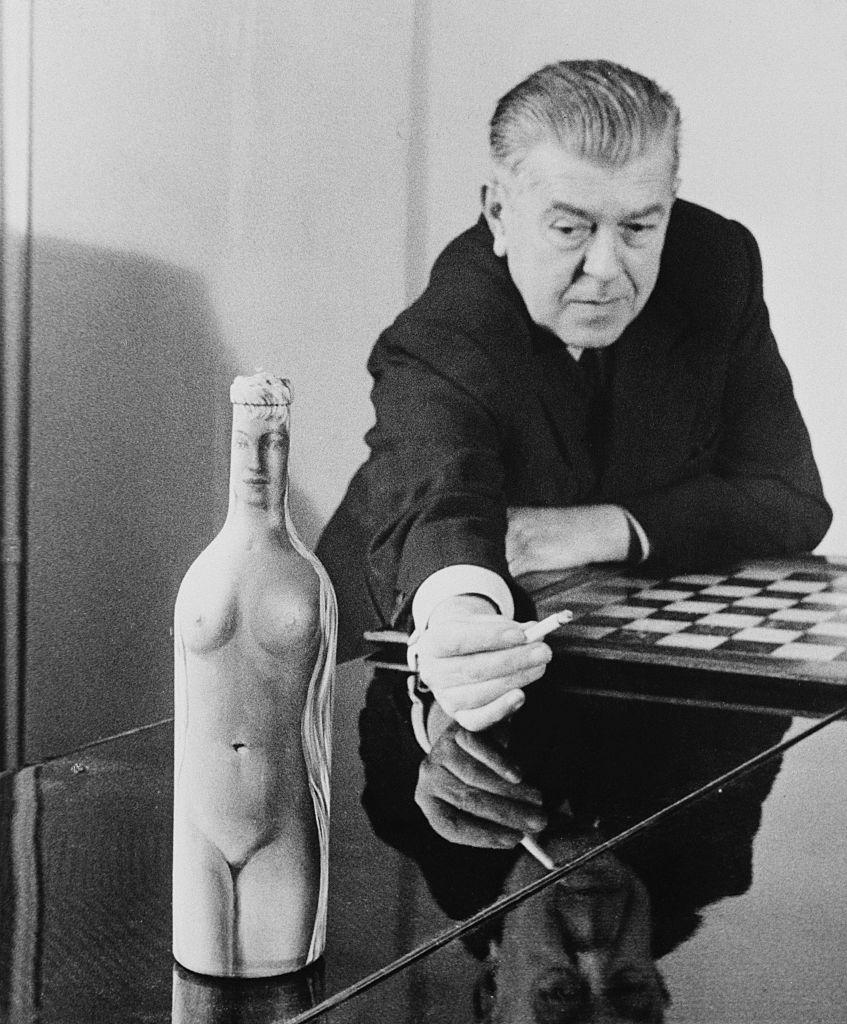