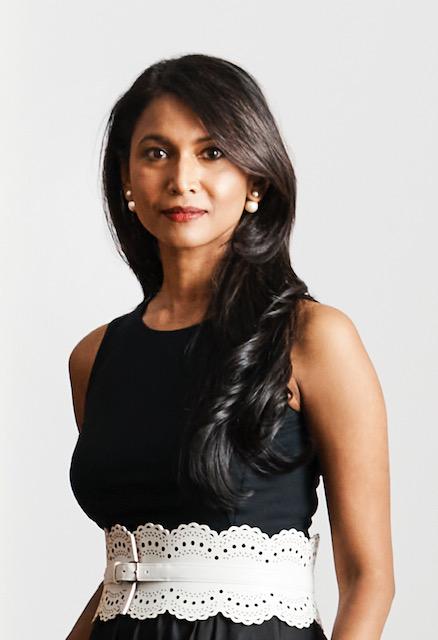 Sukanya Rajaratnam, a partner at Mnuchin Gallery in New York, is stepping down after 15 years at the blue-chip dealership to pursue initiatives focused on equity and philanthropy in art and education.

Born in Sri Lanka and educated at Cambridge University in the U.K., Rajaratnam brought an outsider’s perspective to the program focused on the white, male titans of postwar art. She organized the first New York surveys in decades of Black artists and female artists including Sam Gilliam, Ed Clark, Alma Thomas, Mary Lovelace O’Neal, and, most recently, Lynne Drexler.

“It felt like it was time,” Rajaratnam, 48, said in a telephone interview. “Fifteen years is a big, round number.”

Her departure at the end of January arrives at the start of a year when the gallery’s founder, Robert Mnuchin, turns 90, and its long-term viability has been a subject of art market speculation, including rumors that it may be closing.

“Absolutely not,” Mnuchin said of those rumors. “We are forging full steam ahead, but maybe in a little bit different direction when she goes.” Its upcoming exhibitions will focus on Joan Mitchell and Indonesian artist Christine Ay Tjoe in February; in April it will stage a five-decade survey of John Chamberlain. The gallery’s other partner, Michael McGinnis, remains at the helm as well.

“We have been good friends and we continue to be good friends,” Mnuchin said of Rajaratnam. “She’s been tremendously right about introducing the new body of art to the gallery. She deserves full credit.” 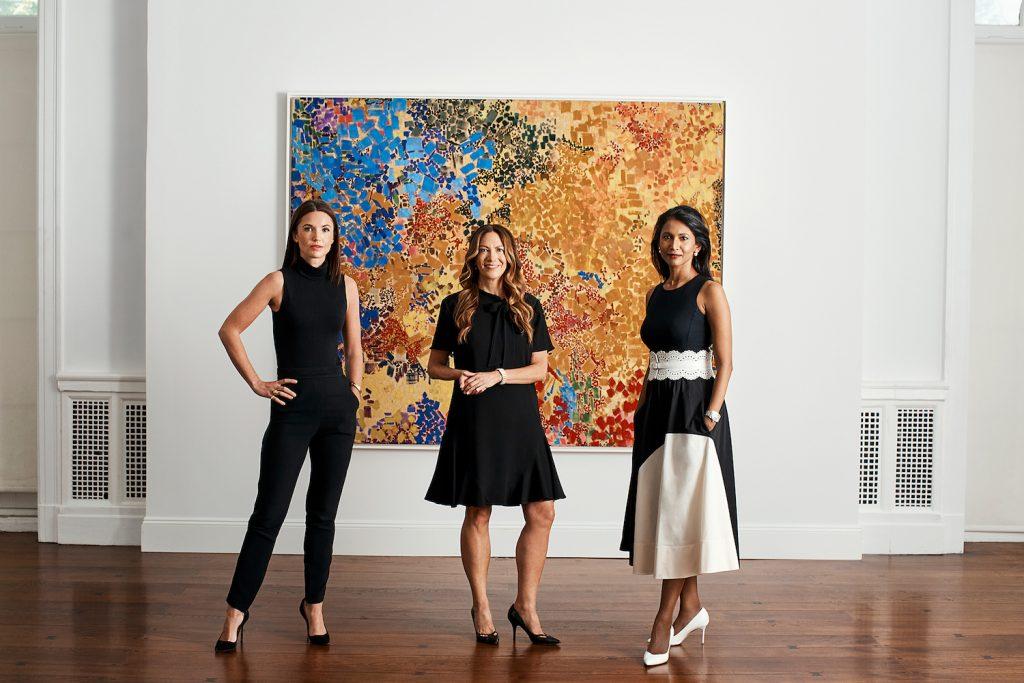 Rajaratnam joined the gallery in 2008. At the time, it was a partnership between Mnuchin and Dominique Lévy, a former Christie’s private-sales executive. In 2013, when Lévy left to form her own gallery, Rajaratnam was promoted to become partner of the renamed Mnuchin Gallery.

During her tenure, Rajaratnam enabled collaborative exhibitions with prominent living artists, including El Anatsui, Sean Scully, and Cindy Sherman, in partnership with their galleries. In 2016, she was a force behind a five-decade survey of David Hammons, organized with the contribution of the artist. (One work from that show made the news when it was yanked from the exhibition to be sold at Christie’s auction.)

The decision to leave the gallery has been long coming, Rajaratnam said. Then the pandemic intensified her desire to leave a legacy behind.

“I am interested in philanthropy, but between being a mom and being full-time, hands-on at the gallery, I’ve had very little time to do that,” she said.

She plans to set up a scholarship fund at Cambridge University for women from Sri Lanka and wants to sponsor at least one woman through undergraduate studies every year.

Cambridge “changed the course of my life,” she said. “It opened every possible door for me. My trajectory would have been so different. I came from such a conservative family. I would have been married at 18 and would have been a grandmother now. I want to give back and give back in a meaningful way.”

Rajaratnam grew up in Colombo, the capital of the Democratic Republic of Sri Lanka, one of the nations in the British Commonwealth. Her formative years were marred by a civil war, which stripped her family of its financial resources due to its status as part of the persecuted ethnic minority. As a result, she had to be home-schooled, which along with curfews turned out to be a blessing in disguise. She was admitted on scholarship to Cambridge, where she studied economics and discovered Western art. 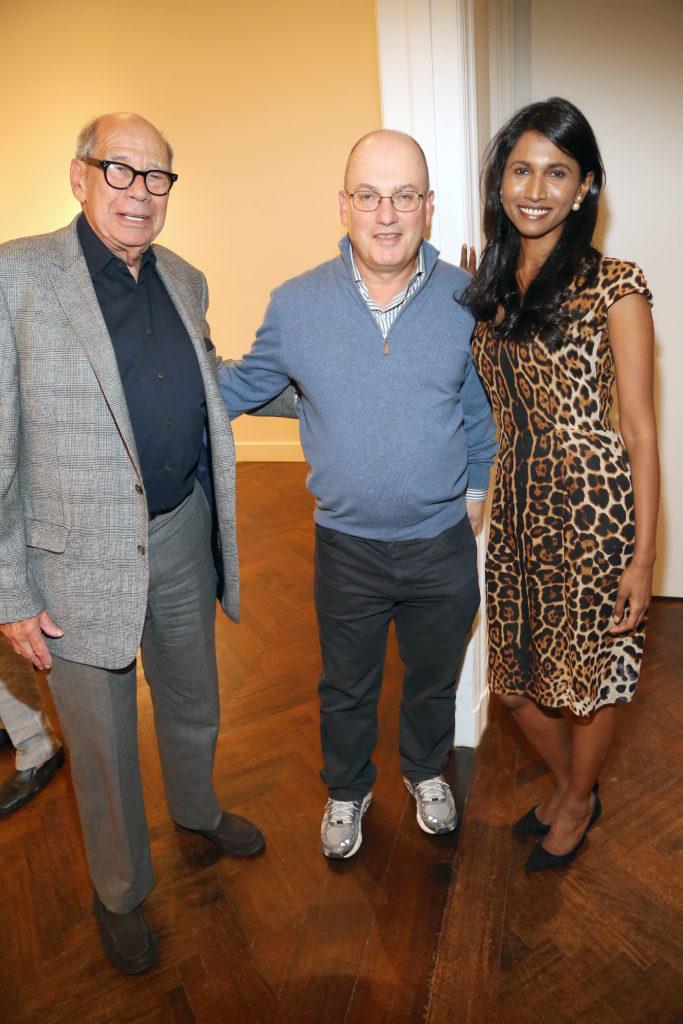 After graduating, she moved to New York to work in the investment banking division of Chase Manhattan Bank. Five years later, she quit the high-paying career to become an unpaid intern in Christie’s postwar and contemporary art department in 2005. She honed her art-speak by writing evening sales catalogs “from cover to cover,” she said.

After three years, she was ready to do sales herself. An opportunity came up with L&M Arts, where Mnuchin—a former Goldman Sachs partner—was a co-founder. He hired her on the spot as a junior sales associate.

Mnuchin had a reputation for secondary-market sales of artists like Willem de Kooning and Mark Rothko, often to billionaire clients like Mitch Railes and Steve Cohen.

“My work has always been about creating equity and opportunity,” Rajaratnam said. “I did shows of artists who’ve been, for various reasons of bias, overlooked. I hope I made a tiny dent at this.”

She hopes to continue this work on an institutional level, helping museums make their holdings and exhibition programs more inclusive.

“I know it’s going to be exciting and deeply meaningful, and not just to me but other people,” she said.