Home News UK museums to temporarily close next out of respect for Elizabeth II’s... 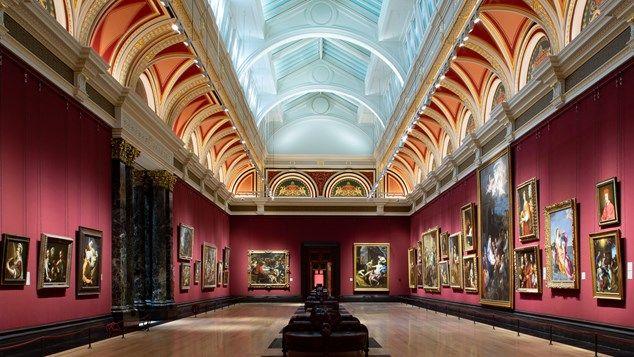 Nearly all UK museums will be closed on Monday 19 September for the state funeral of Elizabeth II. Museums are describing this as “a mark of respect”. Many shops and other facilities will also be shut.

This is despite official guidance that the funeral should cause “minimum disruption”. A royal source told the Daily Telegraph: “While we appreciate people wanting to commemorate the life of Her Majesty Queen Elizabeth appropriately and respectfully, it is up to individual organisations to decide how they do that, balancing it with the need to cause minimum disruption to others.”

Following the Queen’s death in the afternoon of Thursday 8 September, most museums opened as usual the following day, with the exception of London’s National Gallery. Announced at very short notice, the National Gallery’s closure was disruptive, with intending visitors finding closed doors on their arrival. At the British Museum, which has remained open, its director Hartwig Fischer instructed that “senior staff will wear black ties and arm bands during the period of mourning”.

The Queen’s Gallery, adjacent to Buckingham Palace and run by the Royal Collection, has understandably remained closed since 9 September for the mourning period. The collection’s other sites—Windsor Castle, the Palace of Holyroodhouse and the Royal Mews—are also closed. Reopening dates have not yet been announced.

This week, London’s West End has been packed, with many thousands of people thronging outside Buckingham Palace or joining the lengthy queue beside the Thames for the lying-in-state at Westminster Hall. Museums in central London have remained open, as normal. Tate’s website advises that “the area around Tate Britain and Tate Modern is particularly busy” during the mourning period.

Museums are also offering support to those spending many hours queuing to pass through Westminster Hall, where the Queen’s coffin is currently in place. Tate Modern, which lies on the queue route, is keeping its doors open 24 hours a day to provide toilet facilities (the galleries will be closed outside normal opening hours). The Southbank Centre is opening similar facilities.

On Monday, most UK museums will be closed for the day, and this is being flagged up on their websites. In London, they include the National Gallery, Tate, British Museum and Victoria & Albert Museum (the Royal Academy of Arts is now always closed on Mondays).

Outside the capital, most museums will also close for the funeral day. These include the National Galleries of Scotland in Edinburgh and the National Museum Cardiff.

Although Monday is a bank (public) holiday for the UK, major museums are normally open on such occasions, other than at Christmas. Arguably closing all day for the funeral is a missed opportunity for central London museums, with all the crowds in town.

Bag Bonanza! New York Auction Houses Are Hosting Handbag Sales Featuring Hermès, Gucci, and a Chanel Bag in the Shape of a Robot