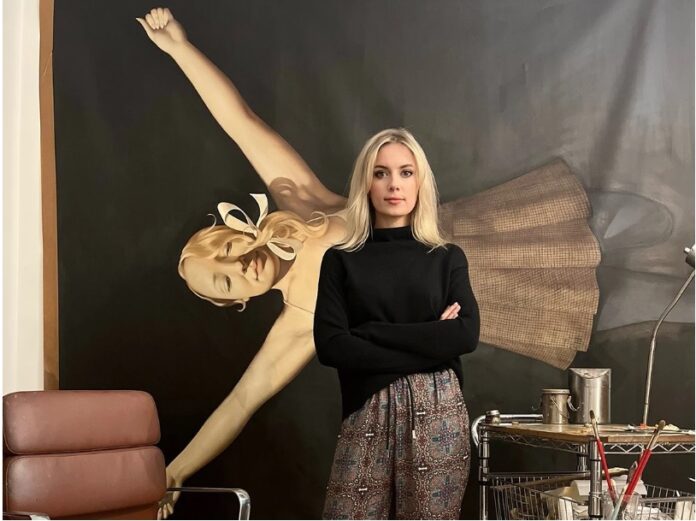 With her market on the rise, painter Anna Weyant has joined Gagosian, the mega-gallery empire with 19 locations worldwide. At 27, she is the youngest artist currently on the roster of Gagosian, where she will have a solo show in New York this fall.

The representation is exclusive, meaning that Weyant will no longer be showing with any of her previous galleries, including Blum & Poe and 56 Henry, the enterprises that helped propel her to larger fame within the art world. She had her first show with Blum & Poe just last year at the gallery’s Los Angeles space.

A Gagosian spokesperson declined to comment on reports of their relationship.

Weyant’s paintings of women in muted tones have been closely watched within the art market. Tinged with an obscure kind of darkness, these surreal images hint at tortured psychological states. She has cited as her inspiration Dutch Old Master paintings, which likewise feature women in contemplative states, as well as more contemporary artists like the painter John Currin.

“She conveys an understanding of her work’s roots while eliciting an immediate and emotional response,” the gallery said in a statement.

At Gagosian, she will be on the same roster as figures like Currin, Theaster Gates, Michael Heizer, Nam June Paik, Nathaniel Mary Quinn, Jenny Saville, and Jordan Wolfson.

Her jump to Gagosian is unusual for an artist of her age. In the early stages of a career, most artists will begin at a smaller gallery before graduating to a midsize one and then, finally, if they’re lucky, ending up at a blue-chip mega. But Weyant has effectively short-circuited that trajectory, joining one of the world’s biggest galleries before she even turned 30.

The move coincides with a spike in the prices for her paintings. Signs of her market rise were evident at Sotheby’s Hong Kong last month when one of her still lifes sold for $513,900, more than 10 times its estimate.

Whether her work will continue to dominate at auction will be tested in the New York marquee auctions later this month. Weyant paintings will feature in sales at both Phillips and Sotheby’s, where they are estimated to bring in at least $100,000.