Home Art 3 facts about a masterpiece of impressionism that you probably did not... 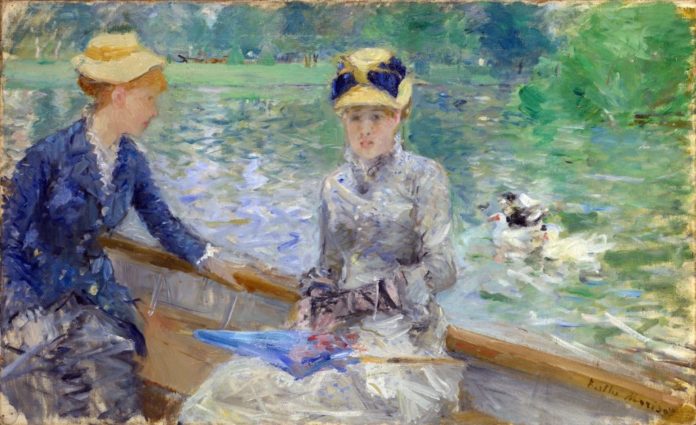 Berta Morizo, one of the few famous women artists of the Impressionist movement, had a special gift to capture the complexity of the inner feelings of their figures.

Compared to Monet’s sun-drenched rocks and Renoir festive gatherings, “Summer Day” has a special gift to capture the complexity of her inner feelings. Morizo (Jour d’eté) (1879) is a more emotional seasonal counterpoint. 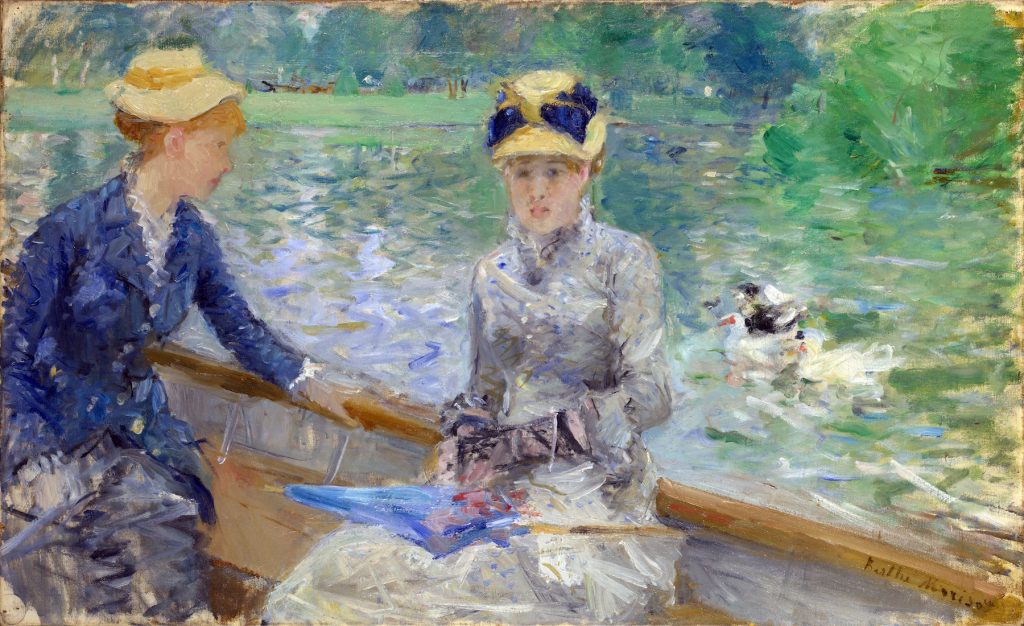 On a summer day, two women dressed in the latest fashion are depicted sitting in a boat sailing on a lake covered with shimmering green and blue spots. The painting was created in the Bois de Boulogne, Morizo’s favorite place.

In this image one can feel an overt spontaneity and, despite the picturesque setting, there is a slight anxiety in Morizo’s painting. Here are 3 amazing facts that will illuminate this summer creation of the artist even more.

The blue and yellow colors were unusual for that time

Bright colored strokes form an energetic pattern that moves the eye over the canvas, imitating the water movement. Although one may not realize it today, the color palette of “Summer Day” was somewhat unusual for its time.

In the mid-1800s tube paints were rare – product development allowed artists such as impressionists to paint outside their studios. But many of the colors used today simply were not widely available. For example, azure blue, which Morizo uses, was introduced as a pigment only in the 1860s. Therefore, the azure color was still a visual novelty, as was the yellow cadmium. Moreover, the earth tones that Morizo adds here and there were completely out of fashion among impressionists.

The painting was painted on a panel

“Summer Day” is unique in that it is one of the few paintings that Morizo painted in the open air. It should be noted that this is quite a rarity, as women of those times spent most of their lives at home. Mauriceau’s work, like that of Mary Cassat, is largely focused on the lives of artists in the home sphere.

It has survived a 100-year battle for ownership

The ownership of Morizo’s masterpiece has been hotly contested for over a century, and it was claimed by both the National Gallery of London and the city of Dublin. But why the centennial war, you ask?

The story is centred around the dying wishes of Hugh Lane, an Irish collector, former owner of a painting. Lane was a supporter of Irish art and one of the leading collectors of French impressionism of that time. Disappointed with a series of setbacks in managing his gallery in Dublin, the collector decided to bequeath his collection of 39 paintings, including “Summer Day”, to the National Gallery in London rather than to his homeland.

In 1915, Lane died, after which his paintings were sent to London. However, it soon turned out that the man had actually added to his will an instruction (although unconscious), which transferred the ownership of the paintings to the city of Dublin.

It is worth noting that the final fate of the paintings is not decided to this day.