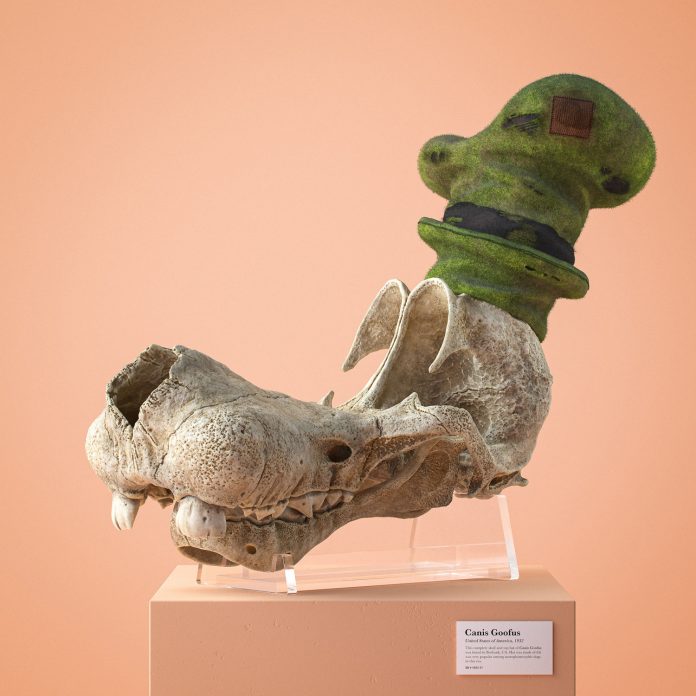 A Prague-based artist is memorializing some of his favorite cartoons with a series of convincing fossils that provide an unconventional look at the skeletons of animated characters. Filip Hodas’s Cartoon Fossils series features preserved skulls of Spongebob, Tweety Bird, and other familiar characters, accompanied by the years they first were spotted on television and their zoological names like Anas Scroogius, Homo Popoculis, and Mus Minnius.

The artist’s surreal compositions mimic the fossils and assemblages displayed in history museums, although Hodas said in a statement he wanted to add to their playfulness with bright, solid backgrounds. He also embellishes his characters with hats, glasses, and even stacks of coins to amplify their fictional roles.

Initially, I wanted to make them stylized as dinosaur fossils set up in a museum environment, but later decided against it, as the skulls didn’t look very recognizable on their own—especially with parts broken or missing. That’s why I opted for (a) less damaged look and also added some assets to each of the characters.

To create each piece, Hodas used a combination of programs including Cinema 4D, Zbrush, 3D Coat, Substance Painter, and Substance Designer. Find more of the artist’s work that intertwines history, science, and pop culture on Instagram and Behance.