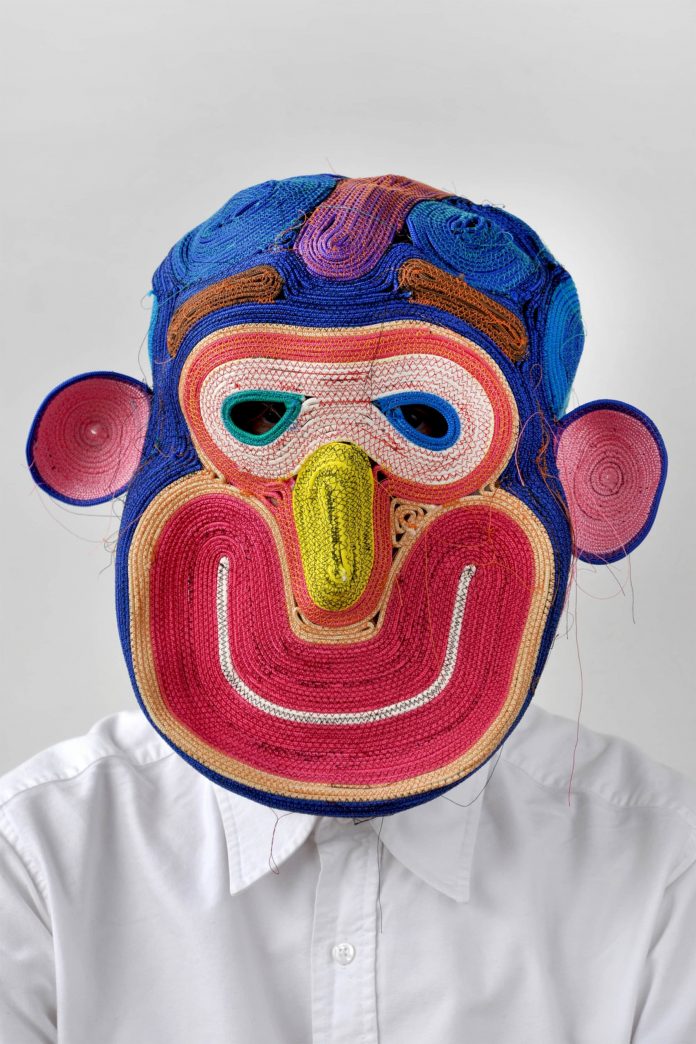 During a material experiment, Dutch designer Bertjan Pot, along with his fellow designer Vladi Rapaport, discovered a technique for stitching together lengths of brightly colored rope to create interesting face masks. Though reminiscent of tribal masks and seemingly full of meaning and individual narratives, Pot says that the faces came from a less-than-successful attempt at making rugs.

When trying to turn the rope into rugs, Pot found that the material would not stay flat. His assistant noticed the curvy samples and suggested that they be used to make faces instead. “In the end it turned out to be the most powerful application for the material,” he told Azure Magazine. The combination of colors and shapes give each mask a unique personality. Stitched elements resembling facial features cause the viewer to ascribe emotions to the characters, even if that was not the designer’s intention. As of the Azure interview in 2018, Pot had created around 250 masks, many of which have been shown along with the designer’s other work in exhibitions around the world. 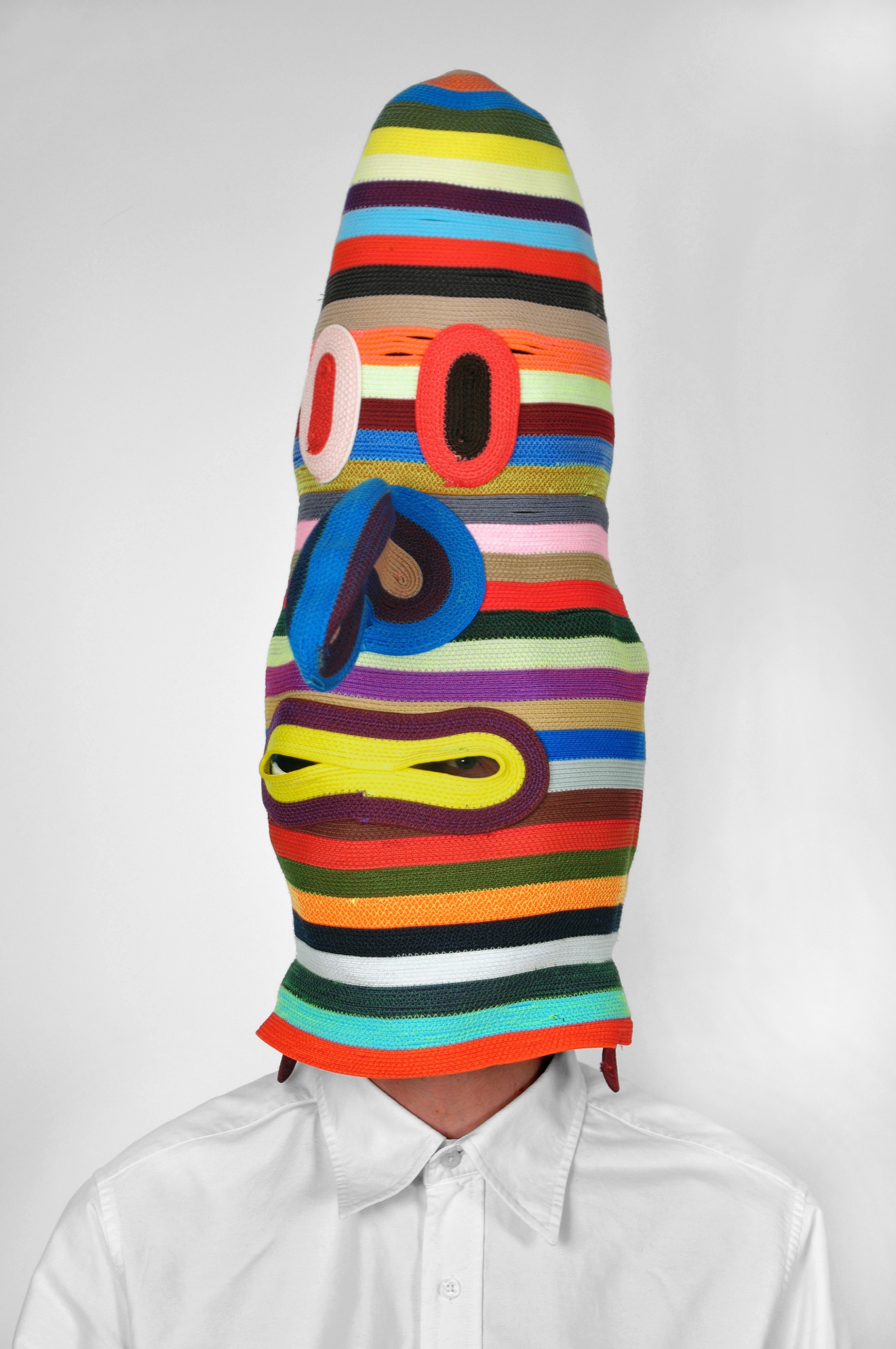