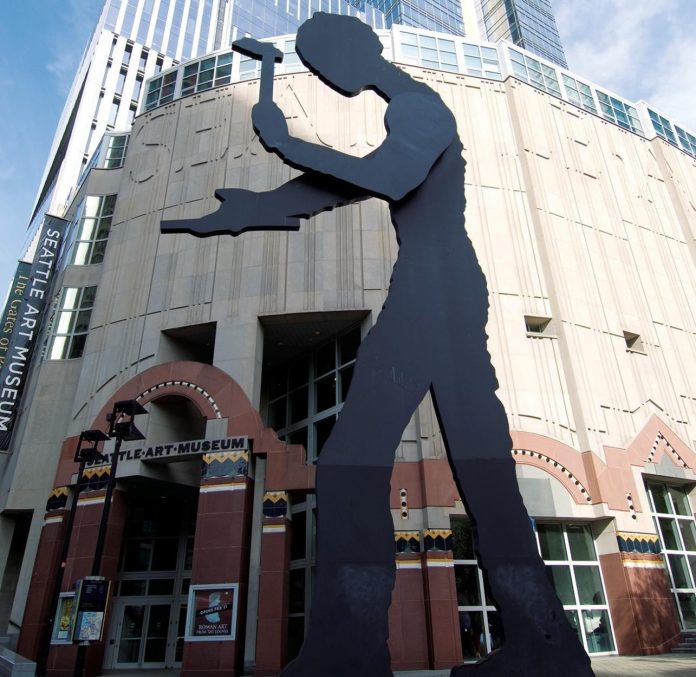 The Seattle Art Museum is located in the heart of Seattle and is easy enough to find. The museum also has a website to find out what exhibitions are currently on display. The building is four stories of gray concrete, decorated with red and brick inserts. The top is glass. In the foyer, a symbolic tree in small holes is mounted under the ceiling. Probably symbolizes modern art. Many interesting temporary exhibitions.

The main exhibition has about thirty thousand different exhibits. There are rooms devoted to the culture of the peoples of South America, Australia, Greece, the hall of impressionists. Contemporary art is extremely well represented, and not only in paintings but various performances as well. In one of the halls was shown a film about peculiar moving pictures made by pouring paint of different colors into water. I liked the very idea of such an unstable work of art, which exists only at the moment of its creation. Of the temporary exhibitions, I would note the exhibition of contemporary American photographers on the theme of urban life.

On certain days, admission to the museum is free. I got just such a day when admission was free for the elderly, I was considered for such a person and did not take money, so I do not know the cost of the ticket. The museum is worth a visit for art lovers. Of course, who has been to the Louvre or the Hermitage, the collection of the Seattle Art Museum will seem a bit poor, but the modern art there is well represented. There’s a gift store in the building, but it’s a bit pricey. So, other than art albums, souvenirs are better to buy elsewhere. In front of the museum is a very original moving sculpture. 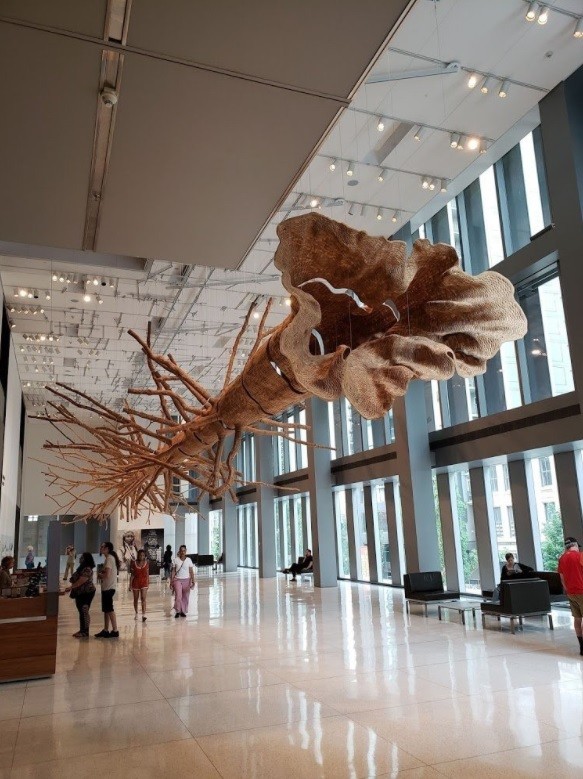 During the troubled times of the Great Depression, Seattle Fine Arts Society president Richard Fuller and his mother Margaret Fuller McTavish decided to donate $250,000 to build a building for the future Seattle Art Museum. The City of Seattle provided a parcel of land on Capitol Hill in Volunteer Park for this purpose. In 1933, the monumental Art Deco structure, designed by Carl F. Gould, was completed, and the Art Museum opened its doors to visitors on June 23. The Art Institute’s collection formed the basis of the museum’s collection. 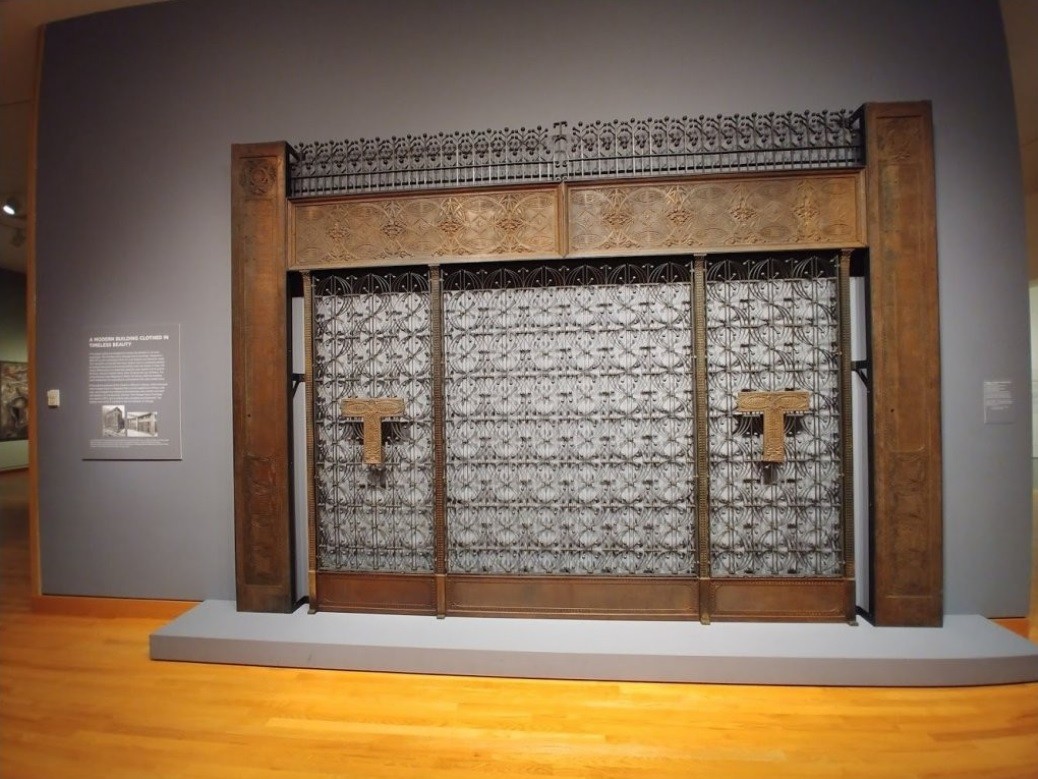 In 1991, the Art Museum moved to its new home on Park Avenue in downtown Seattle, and in the Capitol Hill building, the Museum of Asian Art was opened by Art Museum management in 1994. Since 2006, the museum has also occupied several floors on the west side of the building known as the Russell Investments Cente. The Seattle Art Museum also operates the Olympic Sculpture Park on the city’s waterfront, which opened to the public in 2007, as well as the Dorothy Stimson Bullitt Library and the McCaw Foundation, a library specializing in Asian art.

Today, the Seattle Art Museum is one of the largest art museums in the United States. Its impressive collection perfectly illustrates the history of the development of world art, from time immemorial to the present day. In addition to permanent exhibitions, the museum regularly holds temporary exhibitions, as well as thematic lectures and seminars, various general educational programs and workshops, both for adults and children.

A 15-foot sculpture of the Man with a Hammer graces the entrance to the Seattle Art Museum. This moving steel statue shows respect for Seattle’s working class.

The majestic museum, which used limestone and sandstone in its construction, is a lasting memory. The museum’s richest exhibits consist of 23,000 pieces, including Egyptian motifs and carved African wood figurines, paintings by medieval painters and masterpieces by contemporary American artists. On the second floor of the museum are galleries that tell the story of travel. Some of the museum’s exhibits are on display at the Seattle Asian Art Museum, Volunteer Park on Capitol Hill, and Olympic Sculpture Park. 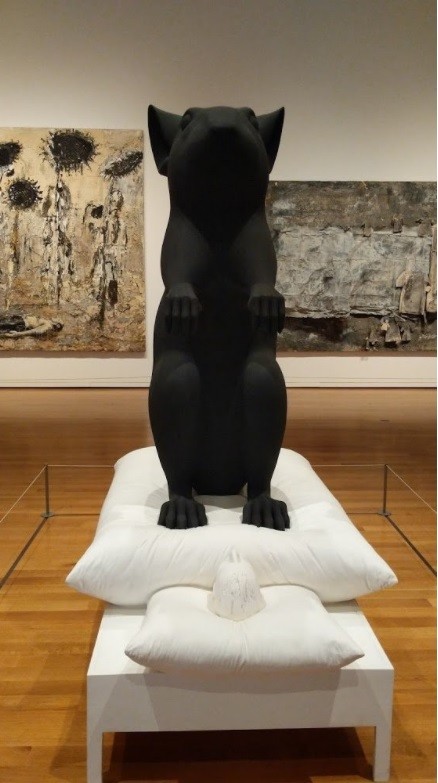 Across from the museum is Benaroya Hall, sprawling on the square of one city block. Today, the Seattle Symphony Orchestra plays beautiful tunes here. One of its halls, the Taper Auditorium, world-famous for its excellent acoustics, seats up to 2,500 spectators. 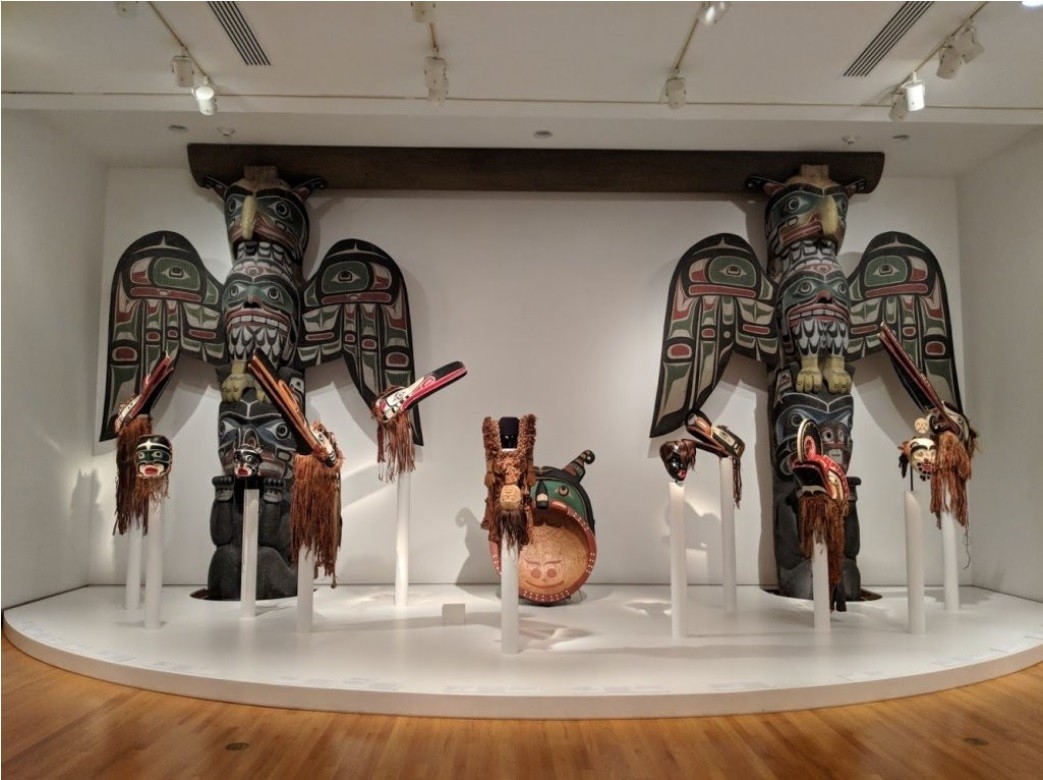 The return of looted art

The museum returned a painting by Henri Matisse to the heirs of 1930s French-Jewish impressionist and post-impressionist art dealer Paul Rosenberg, who had been robbed by the Nazis during World War II, asking that the family sue to reach a legal settlement that included another art dealer. So in October 1997, the Rosenberg family filled out a lawsuit in District Court to recover the Odalisk painting (1927 or 1928). This was the first lawsuit against an American museum regarding property of Nazi looting during World War II. Then Museum Director Mimi Gardner Gates mediated an 11th hour settlement that returned the artwork, after which the museum sued the gallery that sold it the painting in the 1950s. Author Hector Feliciano said it was only the second time in the U.S. that a museum has returned looted art. 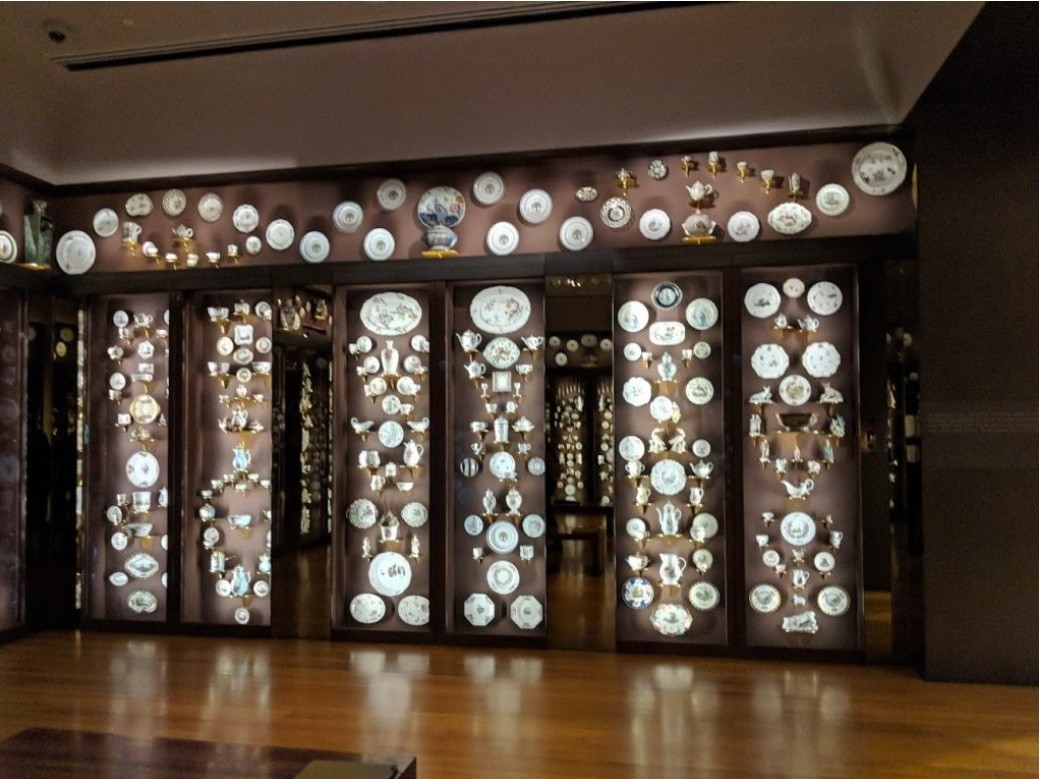 In 1933, the McCaw Foundation Library of Asian Art was founded. As of 2011, it contained 15,000 book volumes and subscribed to 100 periodicals. It specializes in Asian art. 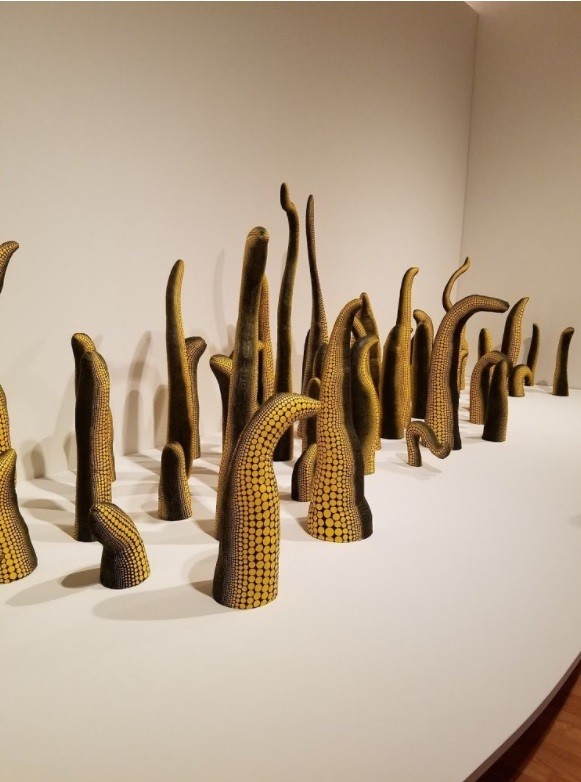 A gift at the center of the medium

The museum’s main collection moved to its location on First Avenue in December 1991; in 1994 the original museum building became the Seattle Asian Art Museum. The building, a limestone-covered rectangle with a strip of tile and terra cotta around its exterior, is located on University Street, and First Avenue was completed by Venturi, Scott Brown and Associates in a $28,100,000 budget.

In 2006, the Seattle Art Museum began expanding its 1991 location in a collaborative effort with Washington Mutual (WaMu); the enlarged building was originally known as the WaMu Center. In addition to remodeling the Venturi Building, SAM is now raising the first four floors of a 16-story building designed by Portland, Oregon architect Brad Cloepfil. SAM also owns the next eight floors, which WaMu originally leased; Washington Mutual owned the top four floors. When SAM expands in the future, it may take possession of one or more of the leased floors.

Because of construction, the museum’s downtown location was closed from Jan. 5, 2006, to May 5, 2007. The expanded building offers 70 percent more gallery space, an expanded museum store and a new restaurant. In anticipation of the expansion, more than a thousand new pieces, with a total cost of more than a billion dollars, have been donated to the collection.

The failure of Washington Mutual in 2008 and the subsequent acquisition of JPMorganChase led to Northwestern Mutual’s share of the acquisition of WaMu Construction on September 9, 2009 and the renaming of its Russell Investments Center. Since 2009, Russell Investments, an affiliate of Northwestern Mutual, has been in the process of moving its headquarters there from Tacoma, Washington.

After Century 21, the Exhibition grounds became the Seattle Center, and the British Pavilion became the Museum’s Contemporary Art Pavilion. This remained in use until 1987.