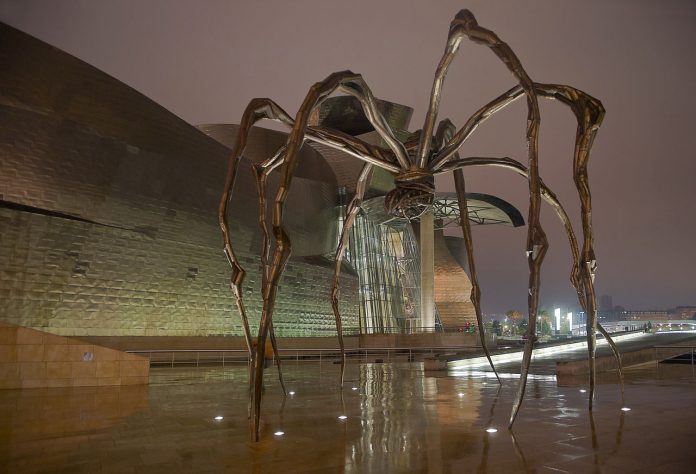 We have prepared this selection, especially for those who miss travel and art. It includes the most spectacular works of modern art scattered around the world, from the Nevada desert to the Netherlands. These works not only harmoniously merge with the landscape around but also form our understanding of art. 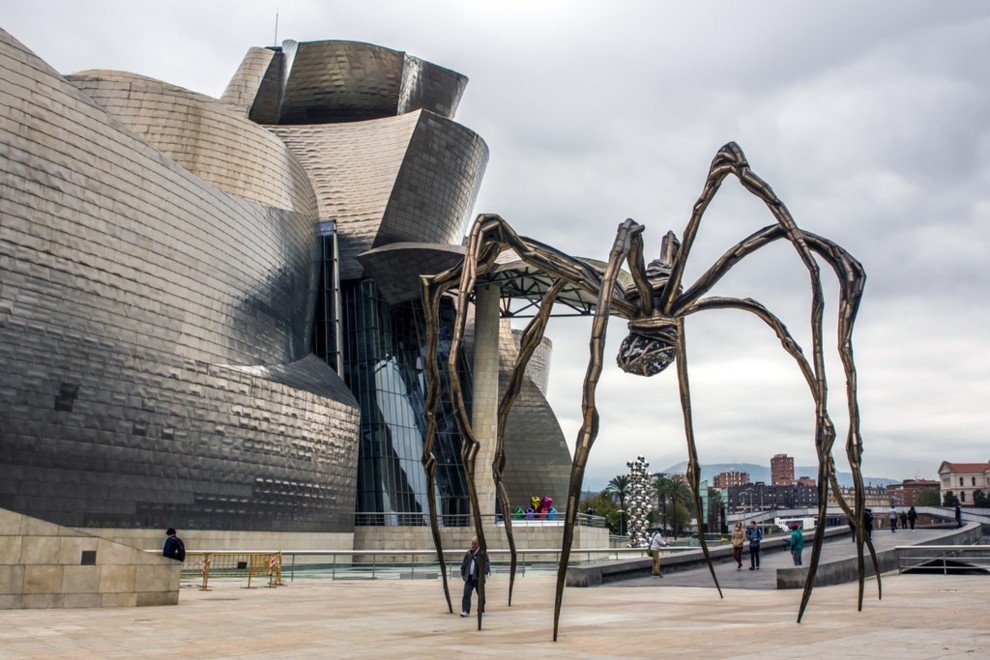 Who does not know the legendary spider of Louise Bourgeois? She said that the spider is an ode to her mother. She was her best friend. Spiders are a constant figure in the work of the French artist Louise Bourgeois, who died in 2010. This 33-foot-tall sculpture was originally created for the Tate Modern’s Turbine Hall in London. Now it is at the entrance to the Guggenheim Museum in Bilbao. The spider symbolizes motherhood. It has a bag of 10 marble eggs under her belly. It conveys a sense of protection and the presence of the mother. This ambiguous sculpture is strong and fragile at the same time. 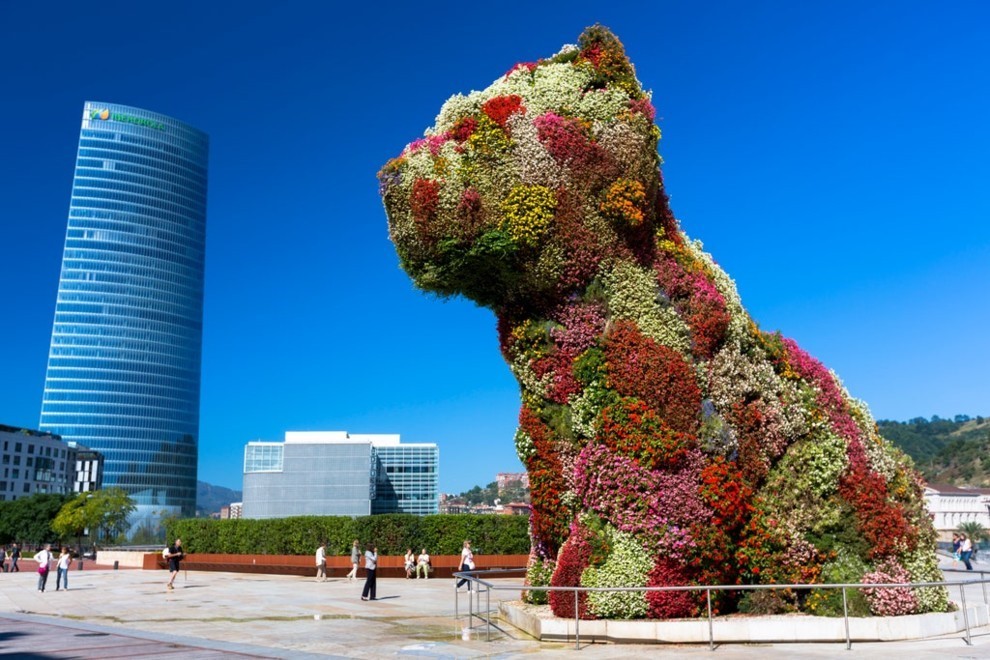 A giant but cute puppy decorated with flowers is one of the most famous sculptures by Jeff Koons. Koons used both modern and old-school technology for this monumental sculpture. The 40-foot-high sculpture is a reminder of the elegant gardens of the 18th century. You can see the puppy near the Guggenheim Museum in Bilbao, Spain. 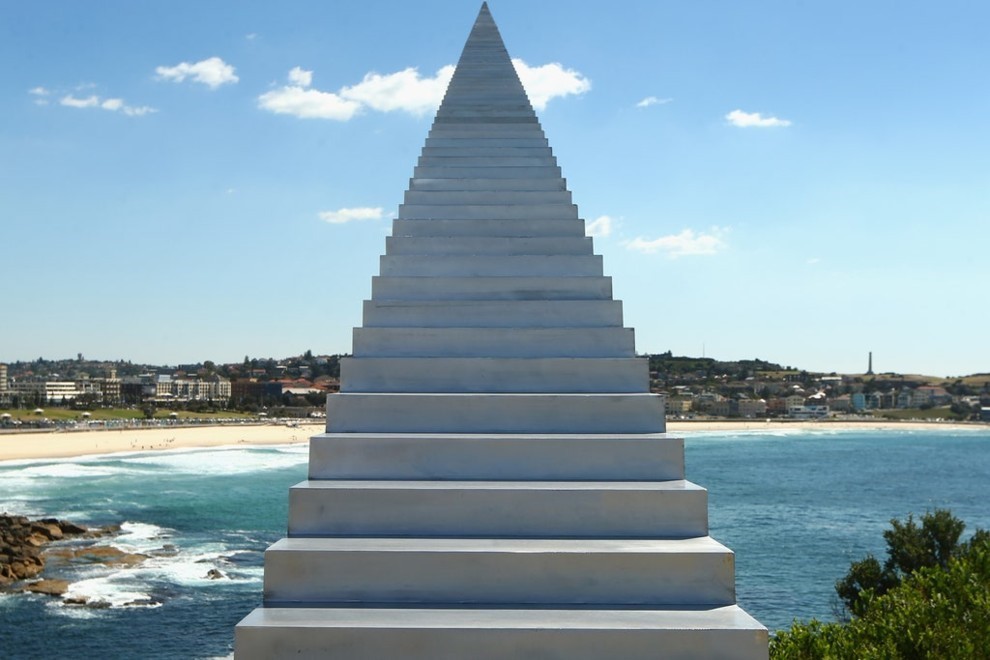 Infinity is not the limit. This giant steel staircase, which seems to rise to the sky, was created by New Zealand artist David McCracken. It was made in 2013 for the annual exhibition in Sydney. Now, the sculpture is located in Christchurch Botanical Gardens in New Zealand. 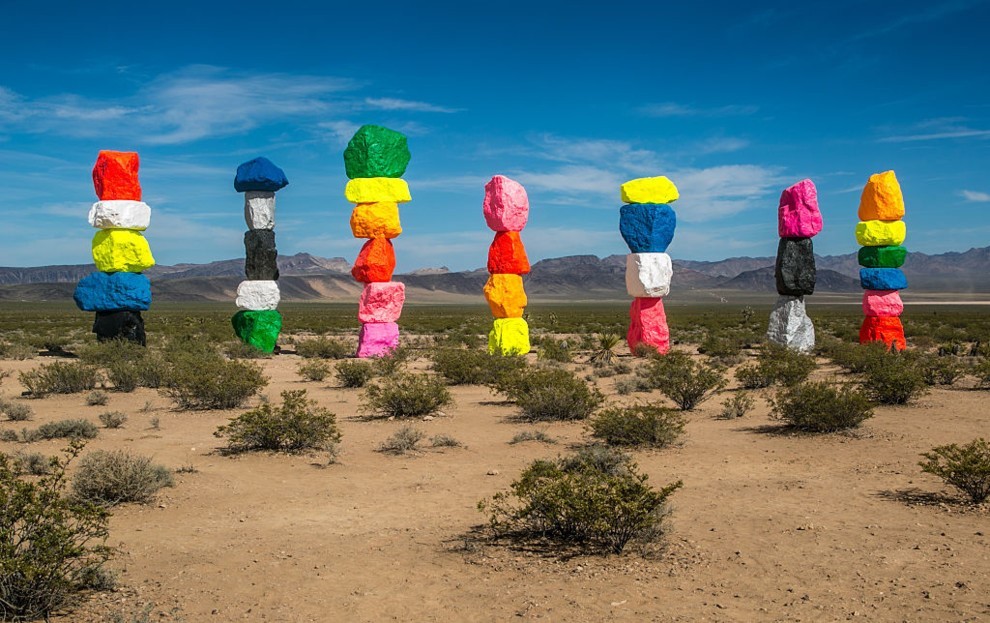 Take a trip from Las Vegas to Los Angeles through the Nevada desert, and you will definitely see seven giant multi-colored pyramids. They were installed by the Swiss artist Ugo Rondinone.

World-famous American artist James Turrell explores space and light in his work. His works are organically woven into both natural and urban landscapes. Celestial Vault is located near The Hague in the Netherlands. The artist dug a giant crater through which a curved tunnel passed. The visitors can watch the sky and stars from the stone which is in the center of the crater.