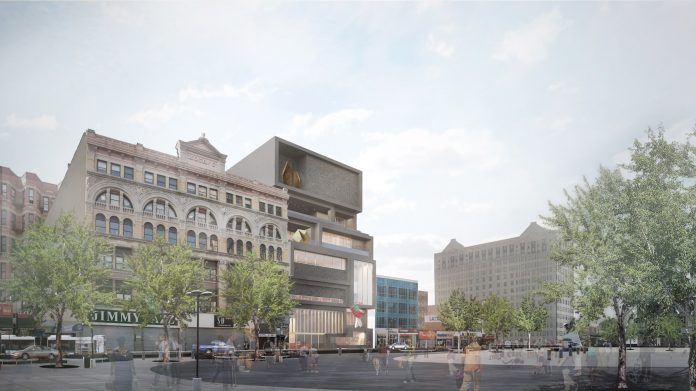 The museum which is housed in a five-story building on the main shopping street in Harlem was founded in 1967. It was created with the aim to make a center where art and material culture of African Americans would be exhibited.

Inside the building, there are galleries in two tiers. They are intended for exhibitions of temporary exhibitions, which, as a rule, are devoted to cultural and artistic themes.

There are three galleries here, which are completely provided for the work of fairly famous black artists: Elizabeth Catlett, Romare Bearden, and others.

The studio museum collects, preserves, and interprets artwork created by African Americans, members of the African diaspora, and artists from the African continent. Its scope includes exhibitions, programs for resident artists, educational and community programs, and a permanent collection.

Since its opening, the Studio Museum has earned recognition for its role in promoting the work of artists of African descent.

Every year since 2001, the Studio Museum in Harlem has hosted an eight-month annual photography program for high school children or the GED program, which allows them to receive extensive education in the field of imaging.

The program aptly called Expanding the Walls, has been disrupted this year by the coronavirus pandemic. Instead of gathering for seminars and excursions, the children participating in the program had to confine themselves to stay home, and lessons had to be conducted remotely.

However, on 30 July, the Studio Museum opened an online exhibition featuring photographs of this year’s fifteen teenage participants, Hearts in Isolation: Expanding the Walls 2020.

As you can imagine, developing artists who are limited by space, but at the same time, paradoxically, they are given a unique opportunity to go beyond their life experience.

Jean Espinoza’s work “A View of Honesty” presents the viewer with an image that instantly resonates emotionally. Espinoza, surrounded by kitchen paraphernalia, looks towards the camera lens with an expression of resignation and fatigue.

“New Heights” April Riley is taking things in a different direction. He prompts the viewer to take a closer look at the view they can see every day.

According to Thelma Golden, director and chief curator of the Studio Museum in Harlem, the community is a key element of the Expanding the Walls program.

This year, during the twentieth phase of the program, students and mentors are faced with an unprecedented set of new challenges that have changed the definition of this principle. At a time when homes can seem isolated, the software has created a critical space for the community, and the camera has become a tool for students to face unexpected circumstances.

At a time when quitting or exiting the news, the cycle is physically and conceptually impossible, art and creativity are perhaps the only practices that can bring lasting satisfaction.

For these and other reasons, exhibitions such as Expanding the Walls are more important than ever to New York’s survival. 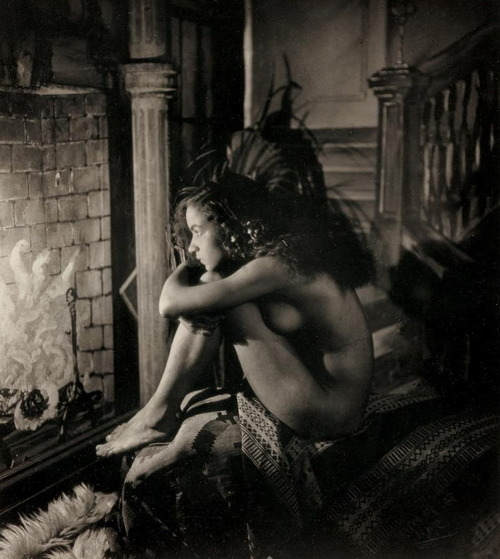 People like James Van Der Zee are always a pleasure to write and remember. If you imagine for a moment the situation and racial attitudes towards African Americans in the late 19th and early 20th centuries in America, it is not difficult to imagine how difficult the photographer’s path to his goal was. 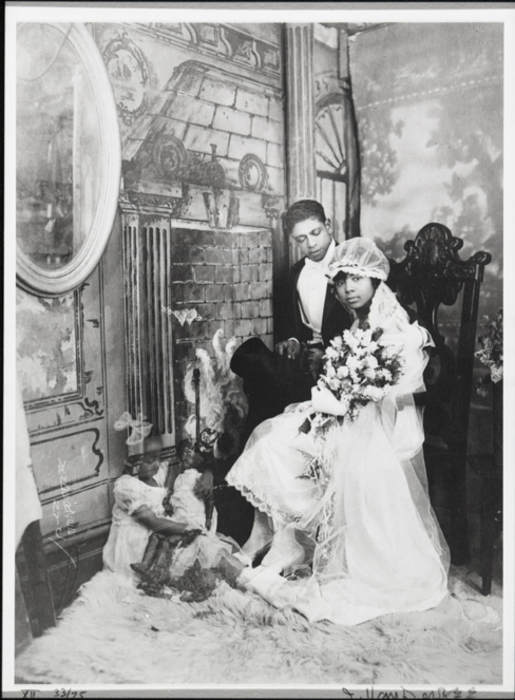 The photographer’s work is more of a fairy tale about the beautiful life of African Americans in the early 20th century. They are staged and theatrical. In his works, he tried to bring the African American into a new ideal world, into new ideal beautiful conditions.

When creating one studio photo, it took a lot of time to prepare the props and select the costumes. People had to sit and stand in an unusual way. Van Der Zee tried to discover and show the beauty of every person, beyond racial conventions and prejudices. And the people in Van Der Zee’s photographs look happy.

The photographer has lived a long, difficult life full of deprivation, but at the same time filled with meaning. Three years were not enough for him to live to be a hundred years old and mark the century. The seemingly unremarkable photographer with his photographs, his relationship to people has done so much for the African American people! 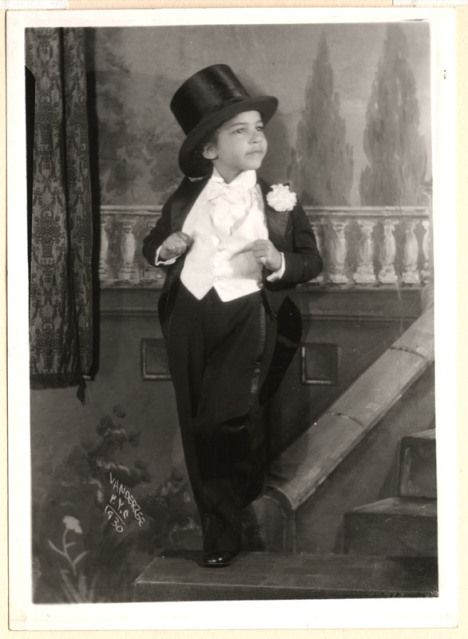 At the Studio Museum in Harlem, you can admire the work of James Van Der Zee.

An idea that became a studio museum

The group of founders believed that the African American community should include the museum in their daily experience and reflect their interests. In September 1968, the museum celebrated the opening of its first exhibition, Electronic Reflections II, featuring the work of artist Tom Lloyd.

The first director of the museum was Charles Inniss. Since then, directors have been Edward Spriggs, Courtney Callender, Mary Schmidt Campbell, Kinshasha Holman Conville, Lowery Stokes Sims, and its current director Thelma Golden.

From 1970 to 1978, Gilbert Cocker, the museum’s first chief curator, created a registration system for the SMH art collection, which was later housed in the State Chancellery building. It arranged for the preservation and cleaning of WPA murals at Harlem Hospital, which was performed by Charles Alston.

It has curated several major exhibitions. The studio museum initially focused on workshops and exhibition programs that were designed to give artists the opportunity to practice, create, and display their craft.

This idea led the museum’s trustees to launch the Artist-in-Residence program. The proposal for a studio section of the museum was written by African American artist William T. Williams, who considered it important for black artists to work in the Harlem community and also exhibit their work in that community.

Williams and sculptor Mel Edwards physically cleaned up and prepared a former industrial loft at the museum’s original site at 2033 Fifth Avenue (125th Street) for conversion into an artists’ studio. The first artist to work in the studio on the top floor was the printmaker and sculptor Valerie Maynard.

In 2001, Rogers Marvel Architects designed the building’s entrance pavilion, exhibition space and auditorium, and other facilities.

In 2010, the Museum Program “Artist-Residence” celebrated its 40th anniversary. It has helped cultivate the artistic practice and careers of more than a hundred artists, and the museum has also fostered the careers of many museum professionals.

Former Assistant Curator Naeem Keith, now Deputy Director of the California African American Museum, has hosted many new exhibitions during her tenure, including one on Afrofuturism.

In 2015, award-winning architect David Adjaye – whose firm Adjaye Associates designed the Smithsonian Institution’s National Museum of African American History and Culture. It was commissioned to design a new home for the museum’s studio in Harlem. It would allow the museum to expand its exhibition schedule. 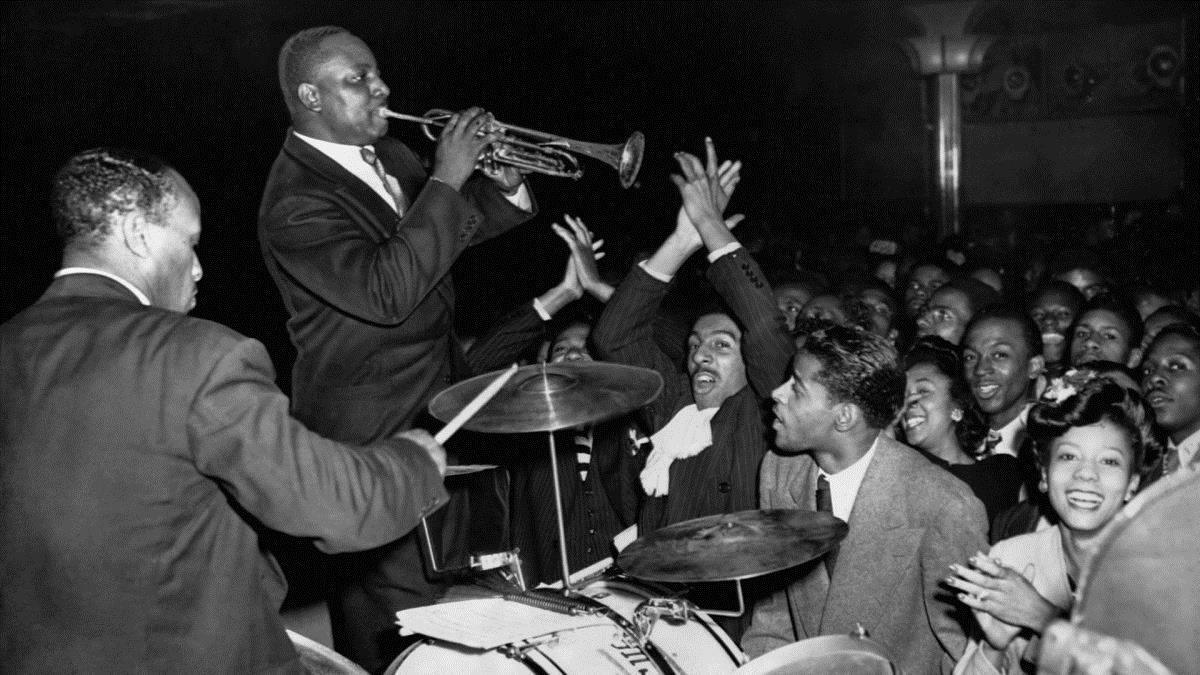 The territory of present-day Harlem was once inhabited by Dutch farmers, and until the beginning of the 19th-century Dutch cattle grazed here, and cheesemakers cooked Dutch cheeses.

Over time, the land ceased to be fertile, Dutch farmers abandoned it, and in the place of pastures, apartment buildings grew, in which the owners were in no hurry to move in – the area was still in the suburbs.

Soon housing prices in Harlem fell, and houses still found their owners – blacks, and not only from other areas of New York but also from the southern territories of America and the Caribbean.

In the 20s of the last century, Harlem finally became the capital of black culture and gained fame as a ghetto. However, the so-called Harlem Revival also occurred during this period.

This era in the life of the region is characterized by an outburst of proper Negro literature and art, which resulted not only in the emergence of iconic works of literature and music but also laid the foundation for a whole trend in world musical culture – jazz.

But when the Great Depression began, the area turned into an open slum. Due to the massive emigration of Puerto Ricans, it became known as Hispanic Harlem or El Barrio.

Harlem owes its revival in the 90s of the last century to the then-mayor of New York, Rudolph Giuliani, who coped with the riots and rampant crime in the area. Since then, Harlem has become, if not prestigious, then quite a decent area, surrounded by a halo of romantic glory.

Today young people of creative professions settle in Harlem, shops of novice designers are opening. The main street in Harlem is King Street.

And, although on the maps of the city it is called prosaically – 125th, no one is surprised that the locals named it after Martin Luther King, a fighter for the rights of African Americans, a dreamer and Baptist preacher, who was killed in 1968.

It is from this street that you should start your acquaintance with Harlem.