Home Art The rise and fall of TikTok artists 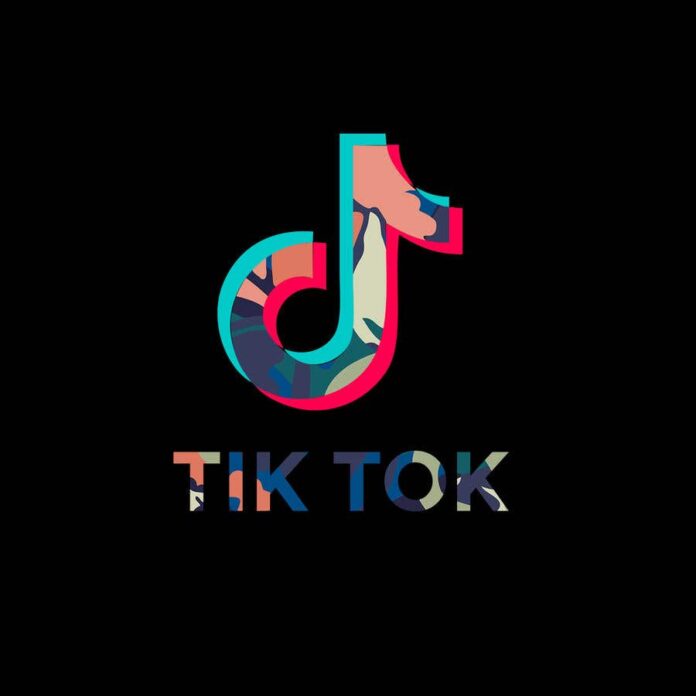 TikTok is a social network for creating and watching short videos. It is rightfully ranked among the top downloaded apps in the world with more than 1 billion users in 150 countries.

The main section of TikTok – recommendations – is formed based on the analysis of your actions in the application and algorithms gradually begin to show relevant content.

The Uffizi Gallery has doubled the number of young visitors thanks to its TikTok account, and American artists are earning thousands of views and dollars through the app.

Once the traditional art community got used to the fact that art is now on Facebook and Instagram, a new channel for promotion – the social network TikTok – started stepping on its heels. The app, which specializes in short videos, is now at the peak of popularity among teenagers, but not only them. The audience is gradually maturing: in China, where TikTok is from, in 2019 already 60% of the app’s users were aged 25-44. The rest of the world is catching up, too. Artists and art institutions have realized that the new social tool can and should be used.

In April, in the midst of quarantine in Italy, the Uffizi Gallery launched its TikTok account. The management wanted to dispel the idea among young people of the museum as a boring place where exhibits gather dust. And they succeeded: from June to August 2020, the number of visitors under 25 years old doubled to 34-45% of their total number (in the summer of 2019, there were 18-28% of such visitors). Many went to the museum after signing up for Uffizi’s TickTock account. These are two interconnected concepts, according to museum director Eike Schmidt. And this correlation works in all directions: after Marina Socrates, the star of TikTok, posted her video from the Uffizi, the number of subscribers to the TikTok account of the Uffizi Gallery increased by 50%. And after model Chiara Ferragni uploaded a video to her TikTok in the background of Botticelli’s The Birth of Venus, the following weekend 27% more young people came to the gallery than usual.

At this time in the U.S., young artists via TikTok are collecting not as many likes as money. For example, 21-year-old Colette Bernard had been unable to find buyers for her art for a long time, but after her art performance video got half a million views on TikTok, sales of her works brought $10,000 for five months. For an art student, that’s even more help.

Another artist, classical sculptor Kelsi Landin, was in her 30s moonlighting as a pizza delivery person and a construction worker since she couldn’t make a living from her art. But that all changed, thanks to TickTock. Videos of how she sculpts became popular. Now she has over 700,000 subscribers. Sales through the online store linked to the account brought several thousand dollars a month – enough to keep her busy with her art.

However, now all American artists from TikTok are sounding the alarm because in August Trump called the Chinese app a threat to national security (saying that the personal data of millions of Americans could get to the Chinese authorities). Now there is talk of Oracle and Walmart buying out the U.S. segment of TikTok. If the Chinese company ByteDance surrenders to the Americans together with a 20% stake and the technology, then the problem of data leakage to China will be eliminated, and American TikTok will live its own life.

The geniuses of montage and optical illusions

The king of editing and optical illusions. He started with short 6-30 second clips for YouTube, and with the advent of TikTok, he fits perfectly into its format.

A self-taught videomaker combines beautiful footage and non-existent phenomena in a montage.

An art director and illustrator who creates videos with fun design performances.

A group of Russian video enthusiasts make low-budget remakes of excerpts from popular movies. Despite the seeming simplicity and absurdity of the videos, you can see the serious work of the creative team.

Alexander Ivanov, a VFX artist from St. Petersburg. He creates ironic videos with the effect of augmented reality.

An account of a group of digital artists. Some of the videos consisted entirely of CGI-graphics, some – with elements of AR. And somewhere even neural networks worked.

Tricks and tutorials with photos and videos

Popular DIY photographer. Shoots simple but spectacular tricks to create conceptual photos and videos. A must-have if you like to shoot on your phone.

Another DIY photographer/videographer. He shoots funny videos with tricks and optical illusions.

The 22-year-old Canadian Lexon Millington will give the world’s fashion brands a head start in terms of content. Bright, stylish and visually pleasing videos about the love for vintage fashion of the 70s.

The brand’s account contains videos of backstages, workflow, creative director Olivier Rustin’s sketches, and challenges. In 2020 we were the first to hold a fashion show at TikTok.

Enjoy the color scheme and beautiful music accompaniment of the clips.

A popular Russian street-art artist shares his works, the process of their creation, visual creativity as well as ideas and tips on the art of calligraphy.

The creator of webcomics demonstrates both her work and the process of creating it.

A selection of digital artworks sold at auction using NFT token technology. In other words, NFT protects digital art from copying. Any author can turn his creation into an NFT-token and be sure that it is unique and impossible to copy or fake.

In TikTok, it is the uniqueness of the content and the wow effect that matters. Despite this, there are few creatives in the usual sense of concept, style and presentation in the app, unlike Instagram.

A possible reason is the age of TikTok’s audience. It is a young and not visually demanding audience. However, there is a growing trend in the number of not only creators, but also in the number of brands who make every effort to create cool content.

Student Tony Piloseno shoots relaxing tics in which he shows how he kneads paint. He now has more than 1.4 million people subscribed to his page. He started mixing colors when he started working at Sherwin-Williams, a store that sells paints and coatings. “I enjoyed this job. I love watching the colors mix, what happens in that moment… It’s hard to explain, but I enjoy it. And I love showing what opportunities it opens up.”

He recently published a video in which he revealed that TikTok got him fired. Piloseno uploaded the first video in late 2019, and when the sixth video racked up a million views, he realized that people liked that kind of content. After a while, the he suggested that the store get its own TikTok and even created a presentation outlining the content strategy. But the marketing department refused to listen to him.

A month later, he was contacted by Human Resources. Because of Piloseno’s video, the company got a lot of questions – for example, about whether you could really make paint with blueberries, as he showed in one of the videos. “They also accused me of stealing. I replied that I had purchased all the paint myself,” he said. – They made me answer a bunch of questions about when I filmed the commercials, where, whether customers were in the store at the time. No one was there while I was recording the videos.”

And at the end of July, he was fired. An explanatory letter stated that the blogger made TikTok during working hours and after work, and used the store’s equipment for this purpose. The company explained that the investigation began after a complaint from a customer.

The comments are perplexed as to how the blogger’s ideas could have been ignored and dealt with this way.

“Don’t worry, they’ll pay you $5 million for a consultation to say all the things you were going to say as soon as the competitors start running their ticktock.”

“They fired you? It’s 2020 and they still don’t understand the benefits of social media marketing?”

Now Piloseno shoots in a friend’s basement and buys paint from another store, Lowe’s. He started a crowdfunding campaign to raise money for materials and has already received more than $600.