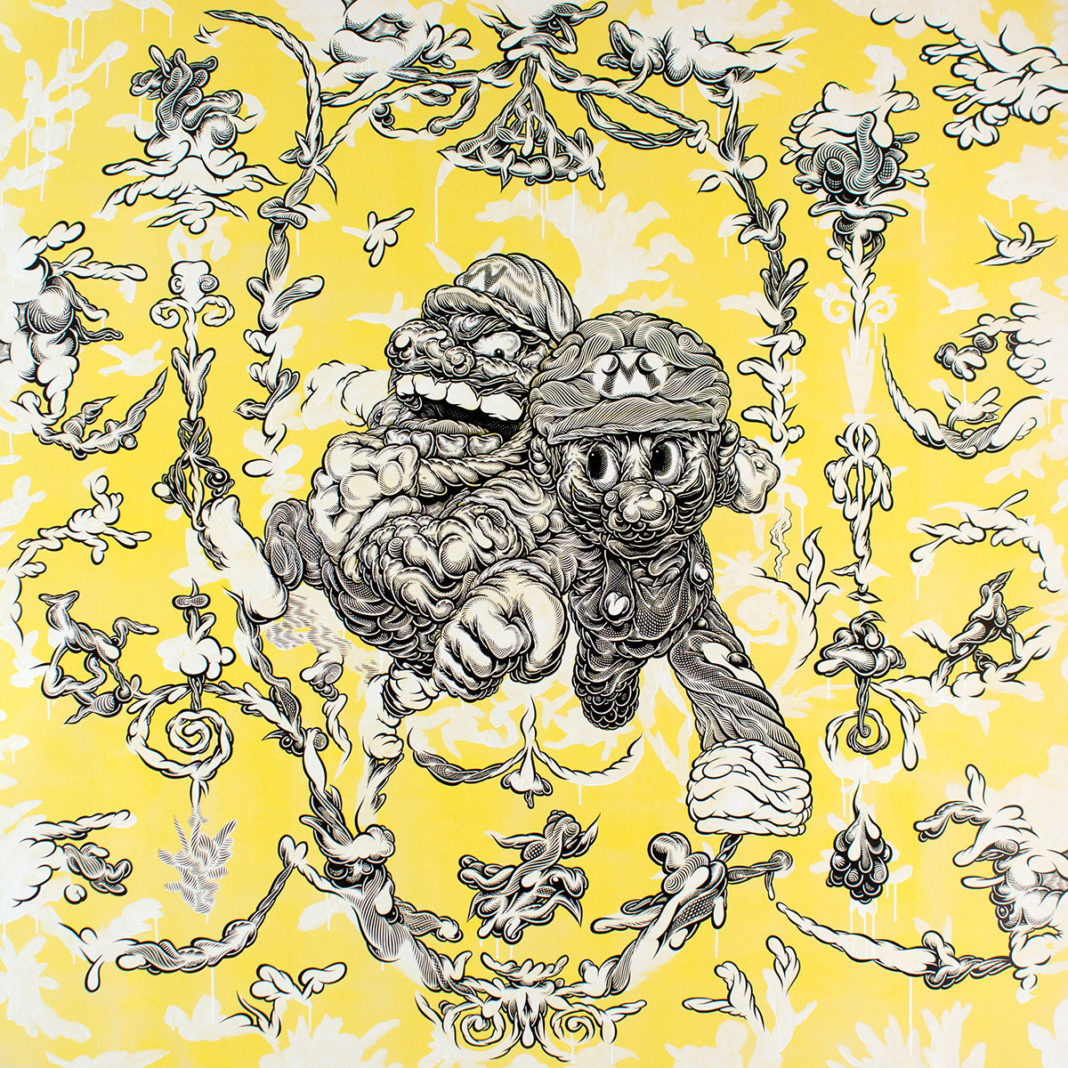 A selection of recent paintings by one of our favs, artist Mark Dean Veca.

Mark Dean Veca grew up during the Sixties in the Californian commune Livermore, the epicentre the Summer of Love, and is now based in Brooklyn, New York. He was inspired to draw by cult Bay Area comics of the time such as Zap! Slow Death Funnies and The Fabulous Furry Freak Brothers. His comic, unnerving style uses simple black lines on white to suggest volume and to create visceral detail evocative of tendons, intestines and organs.He has exhibited all over the US, Europe and Japan at institutions including The Brooklyn Museum of Art and The Bronx Museum of The Arts. 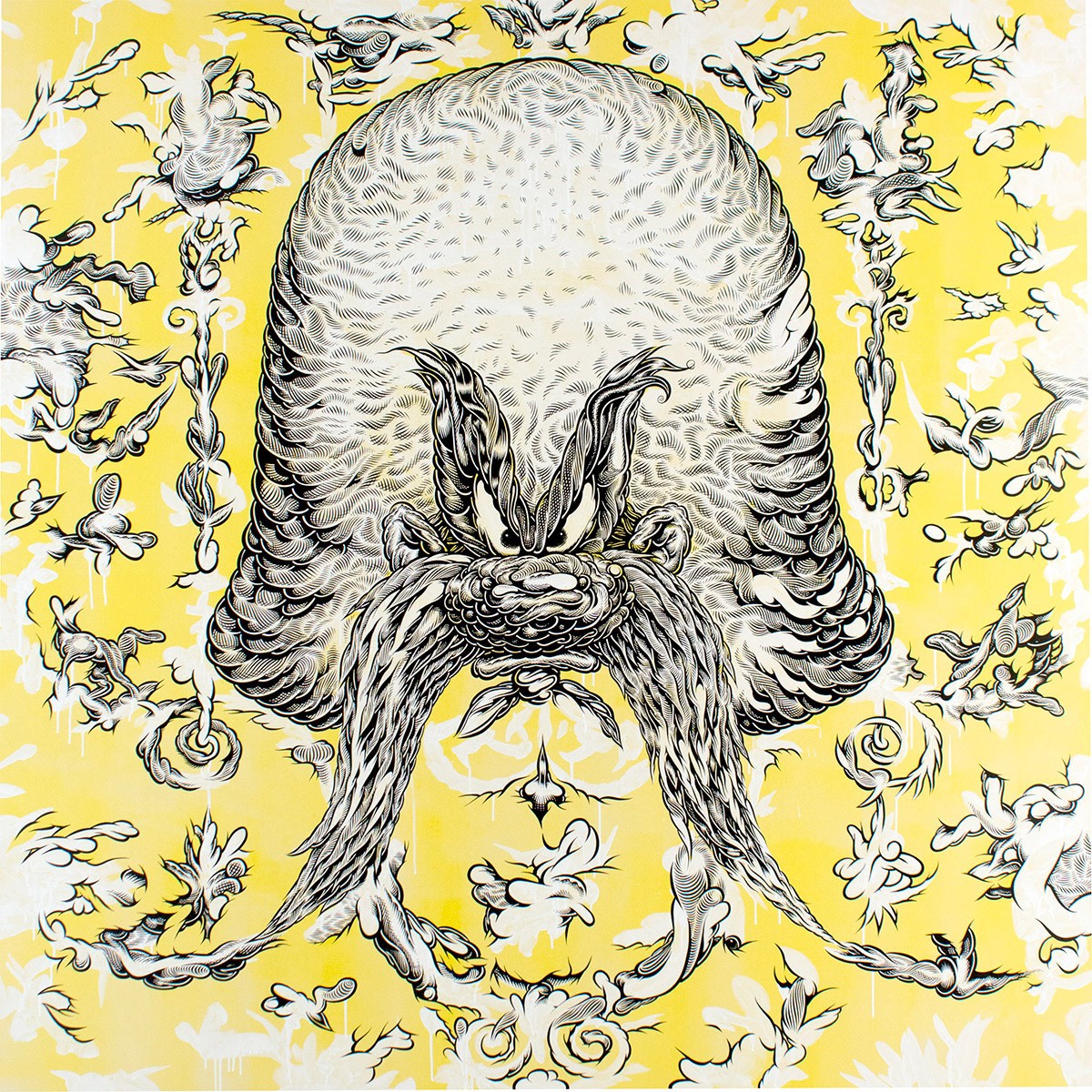 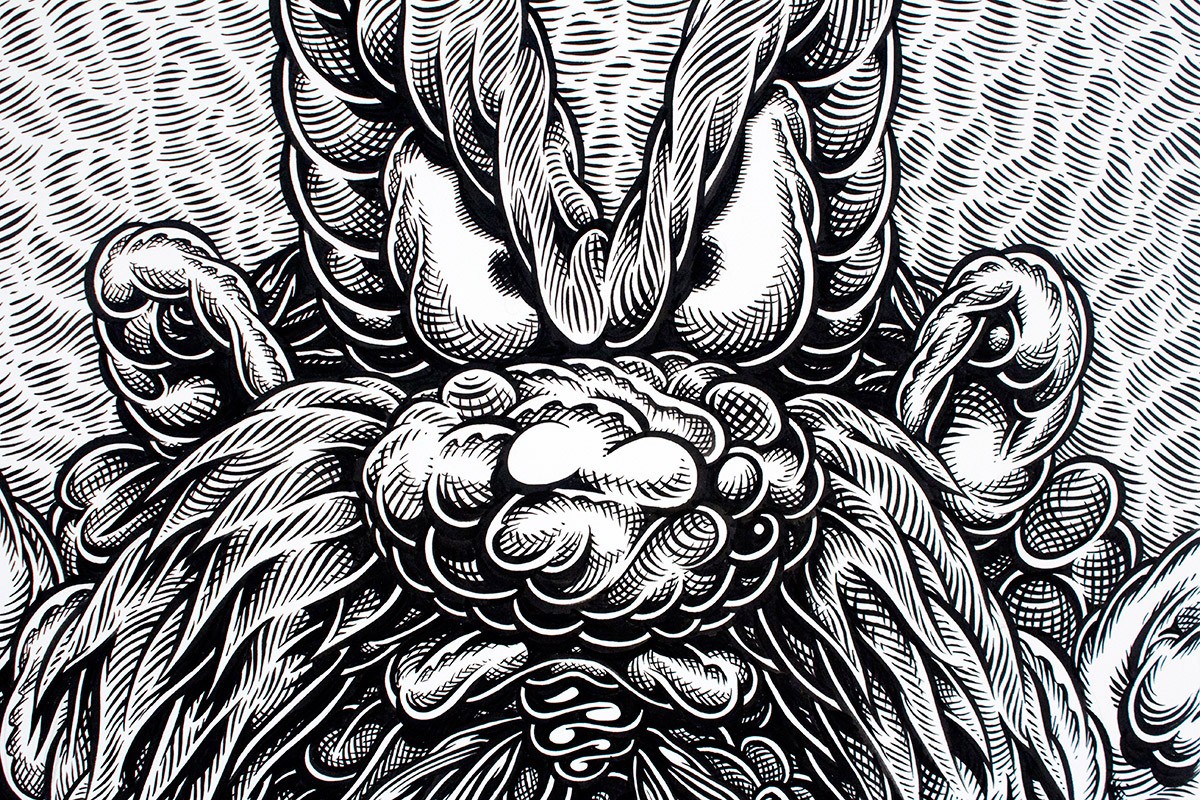 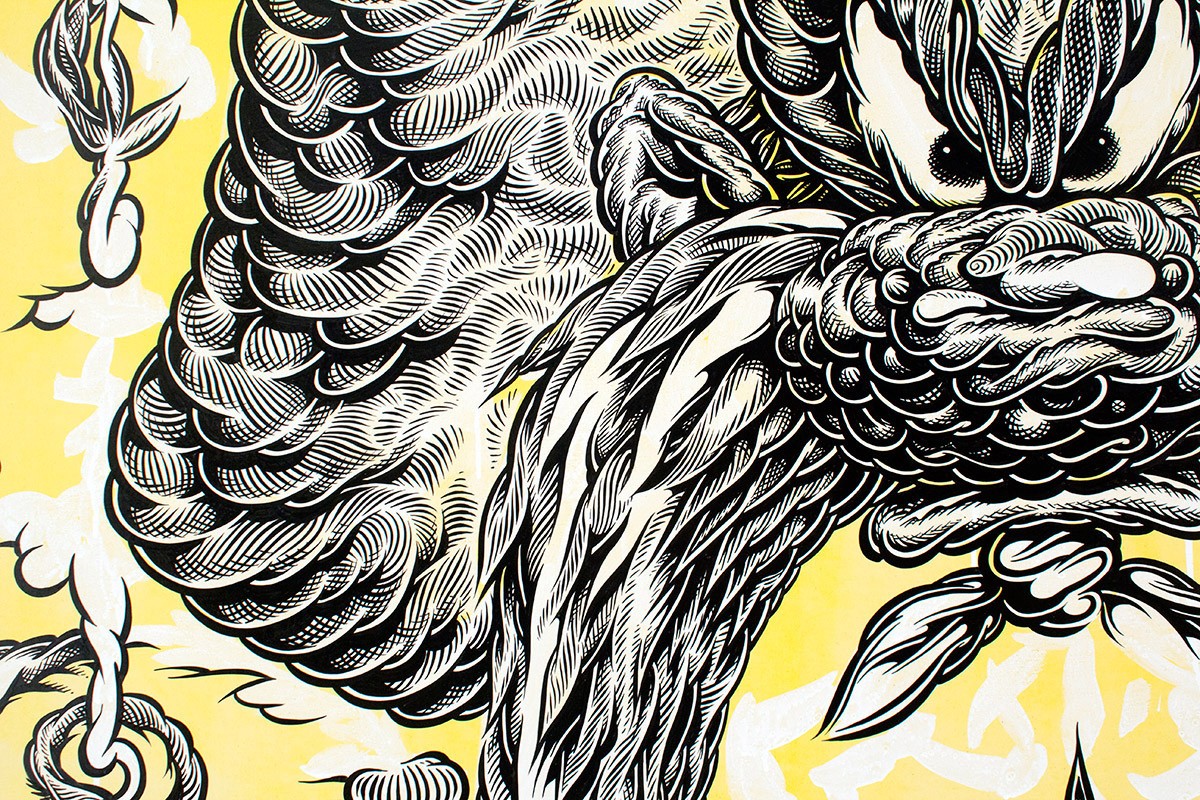 The story of Mark Dean Veca’s art is fundamentally about forging unlikely unions between experiences that are, if not opposites, certainly oppositional. Over the course of his 30 years making art, he has produced murals, paintings, drawings, installations, sculptures, prints, designs and other sundry inventions. 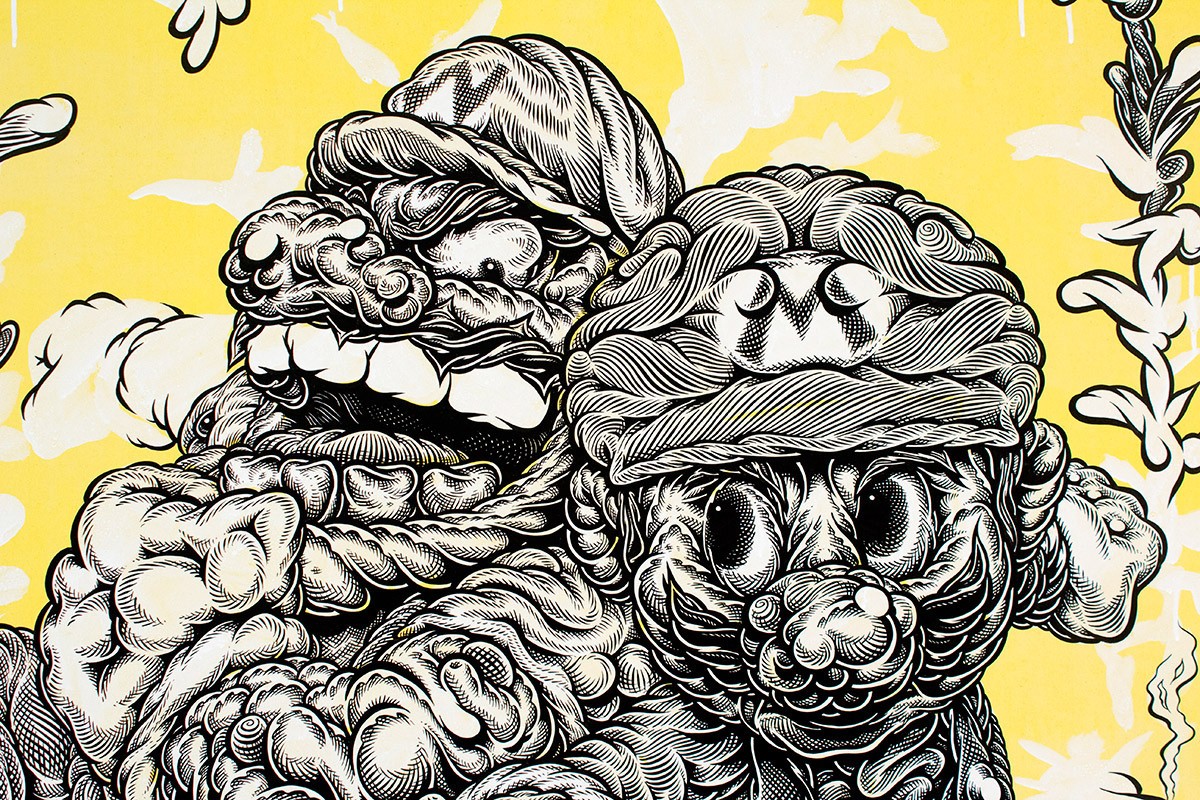 Along the way he has experimented with a range of visual styles from the loose and abstract to the obsessive and meticulous; mastering the power of the confident line, and discovering the patience required for meticulous detail and the bravado for a  super-saturated palette. And though the scale and scope of his work has expanded toward the operatic, his process has never been more intimate. An omnivorous observer of visual culture equally versed in Mad Magazine and Modernist theory, the Fabulous Furry Freak Brothers and French Regency, R. Crumb and Ed Ruscha, Mark Dean Veca’s art truly is the sum of its paradoxical parts and his particular gift lies in making gorgeous, giddy, glorious sense of those paradoxes. 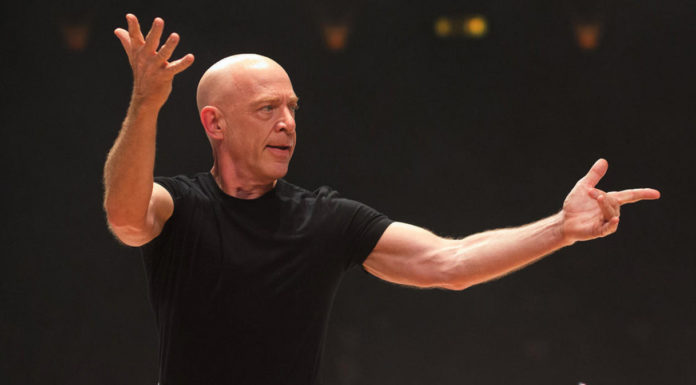 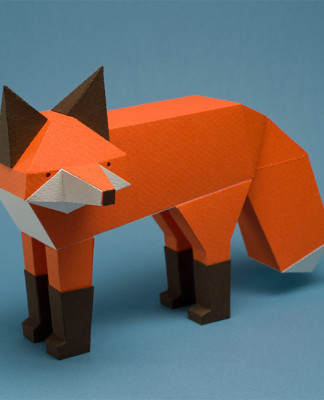 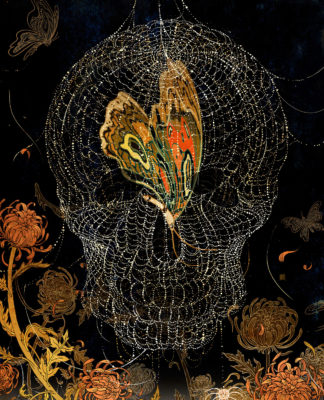 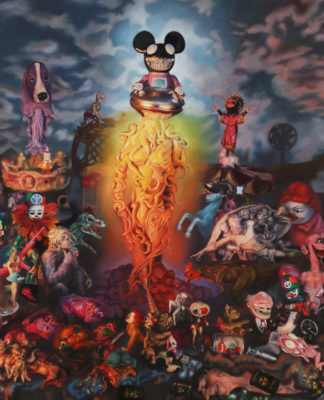 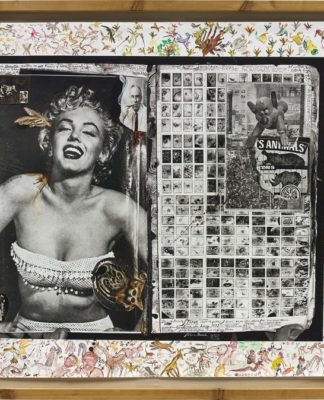