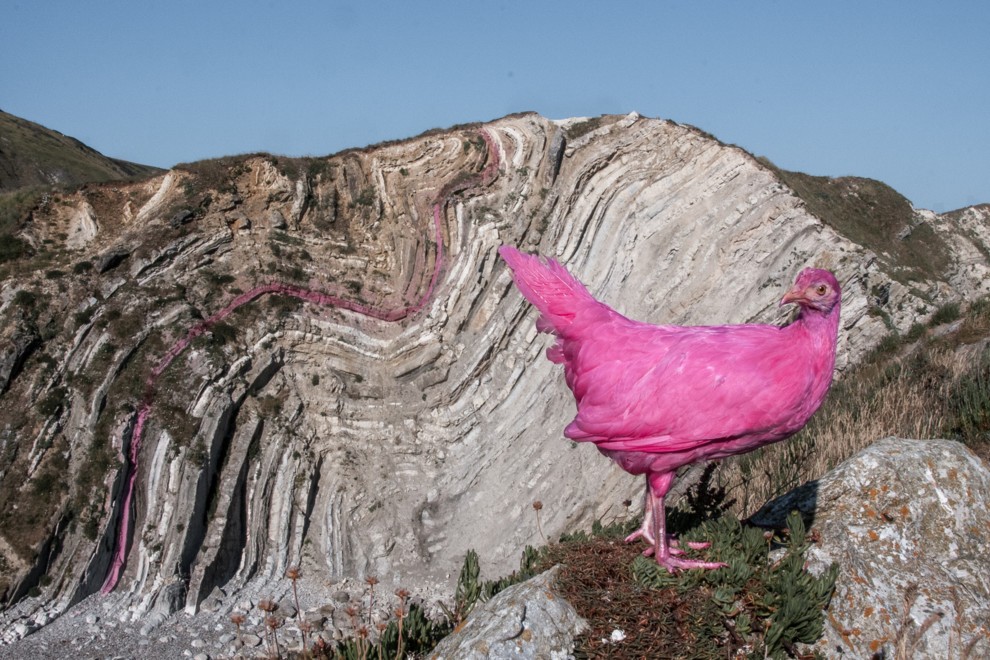 “Chicken bones are the main layer of burials that modern mankind will leave to its descendants. We decided to paint them pink,” say designers Leo Fidjeland and Linnea Våglund Nonhuman Nonsense, members of the Young Swedish Design team. On their stand, there is a scarecrow and skeleton of a chicken in a furious pink color. Pink Chicken Project – about social and environmental justice: “To modify the chicken’s DNA to make them pink from bone to feather is as violent as industrial breeding,” the designers say. Although the topic is uncomfortable, their work looks like an Instagram Attraction.

An exhibition of works by 29 young artists and designers from Young Swedish Design will be hosted by the Swedish Architecture and Design Centre until 22 March. The organizers say that this year’s theme, utopia, and dystopia, is the most radical in the 20-year history of the project. At the same time, the participants themselves play out a disaster without any taste of it – with humor, on the contrary, or a soulful message that makes a cozy monster out of a monster.

The Sexuality Education Project is a series of Kobe Huang vibrators made of non-conventional materials, such as knitwear. About gender: designer Mattis Dallmann made a chiffon handkerchief with a masculine photo print: the masculinity is transparent and it can be easily put on/off if necessary. About consumption: a nude leather armchair with cow’s wool sprouts at its seams is made of furniture industry waste. Erica Geiger’s object looks alive: you want to iron it, give it a name, and if you want to sit in it, ask permission. 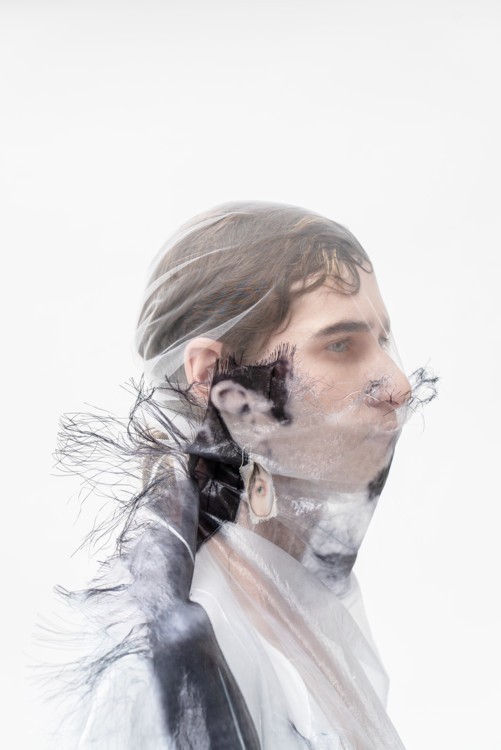 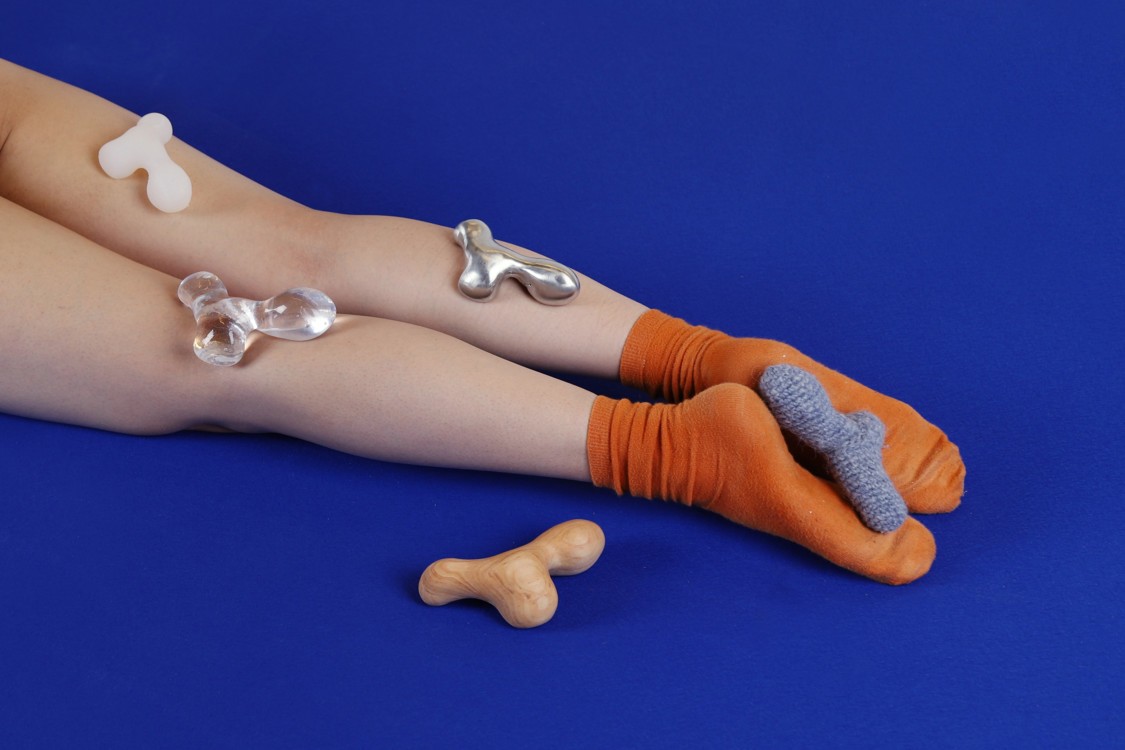 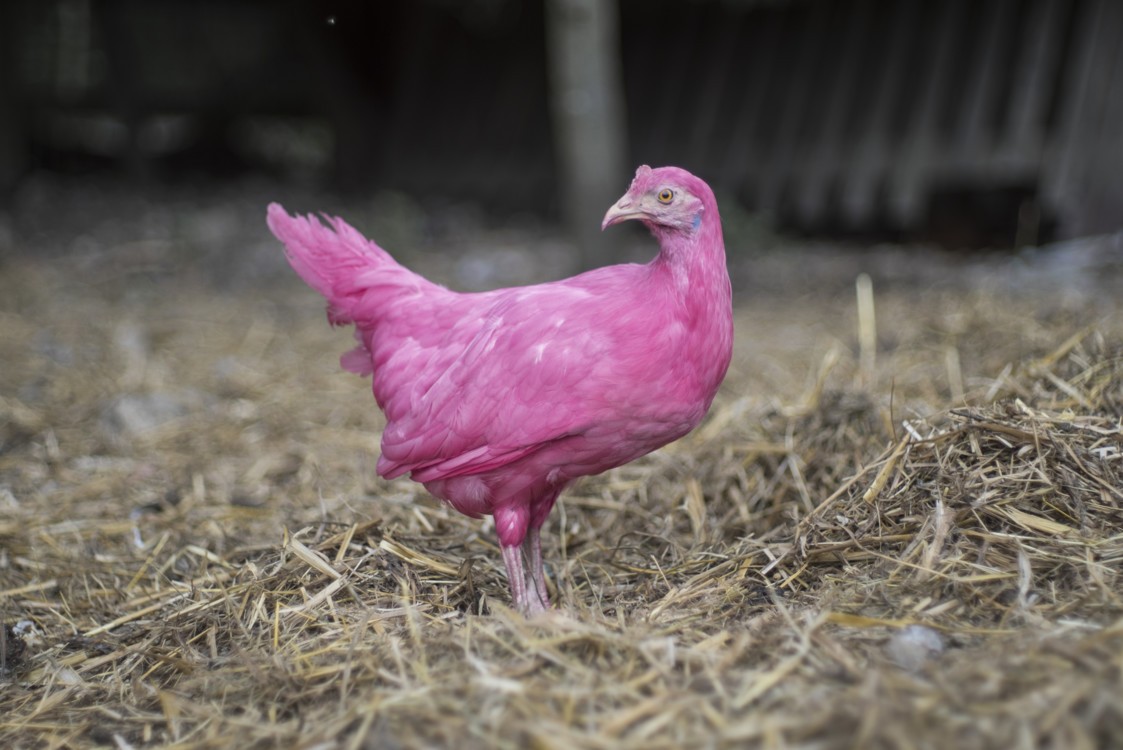 One of the trends of Stockholm Design Week is universal things that can be clothing, an interior item and even a little bit of home. An eye familiar with Majella’s archives will see little new in it. To find a new function in the ordinary subject – this technique seems eternal. Now it is conveniently filled with social meaning – both on the subject of refugees and saving resources.

The object of Sarah-Louise Evertson is a sofa bed covered with white quilted cloth. Details can be taken off and put on. In addition to a blanket jacket, there is a backpack for chemical protection, which can be fastened to the sofa as a stand for books and coffee. The project of Lund School of Architecture’s students is to find common denominators in clothes and furniture: a lantern and a rain jacket shaped like a raincoat, which protects from the sun, a jacket made of old sneakers, and a sofa upholstery made of twisted and stitched strips of denim. 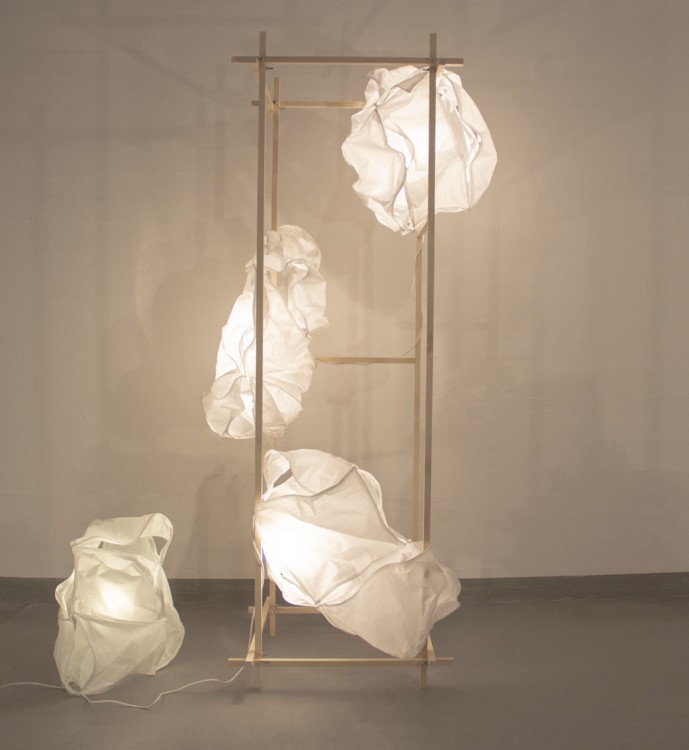 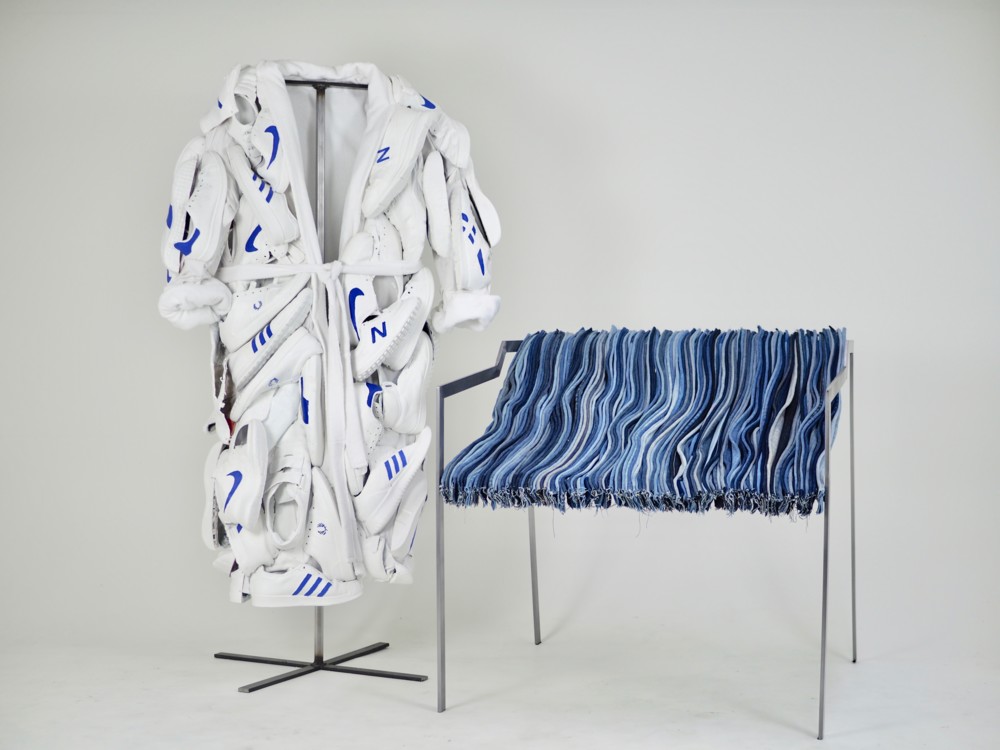 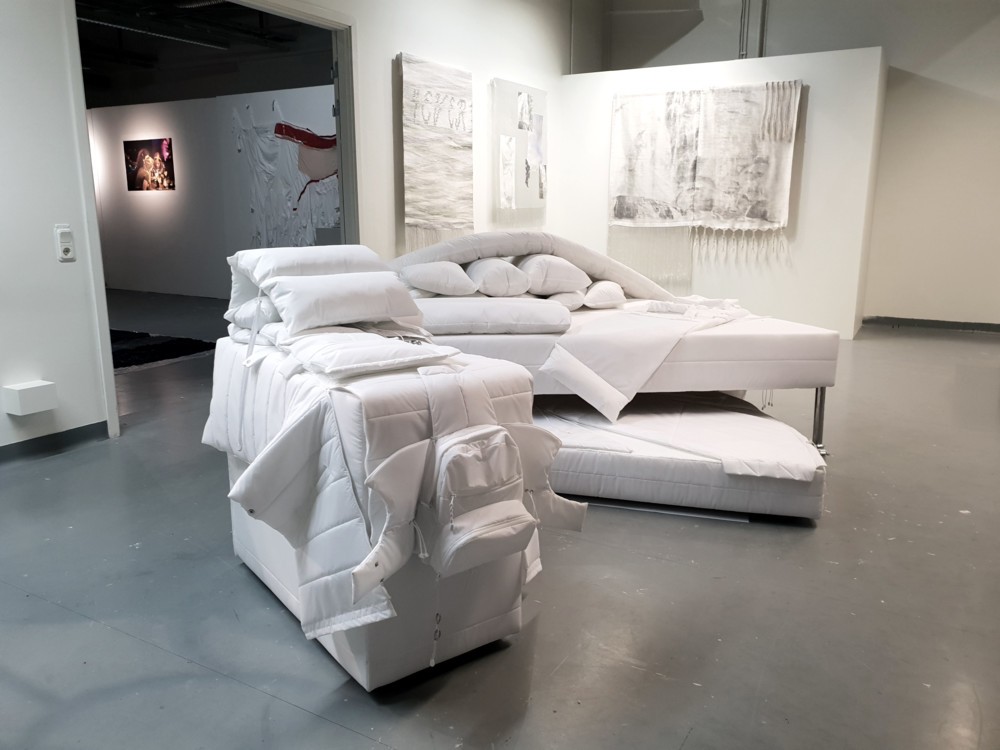 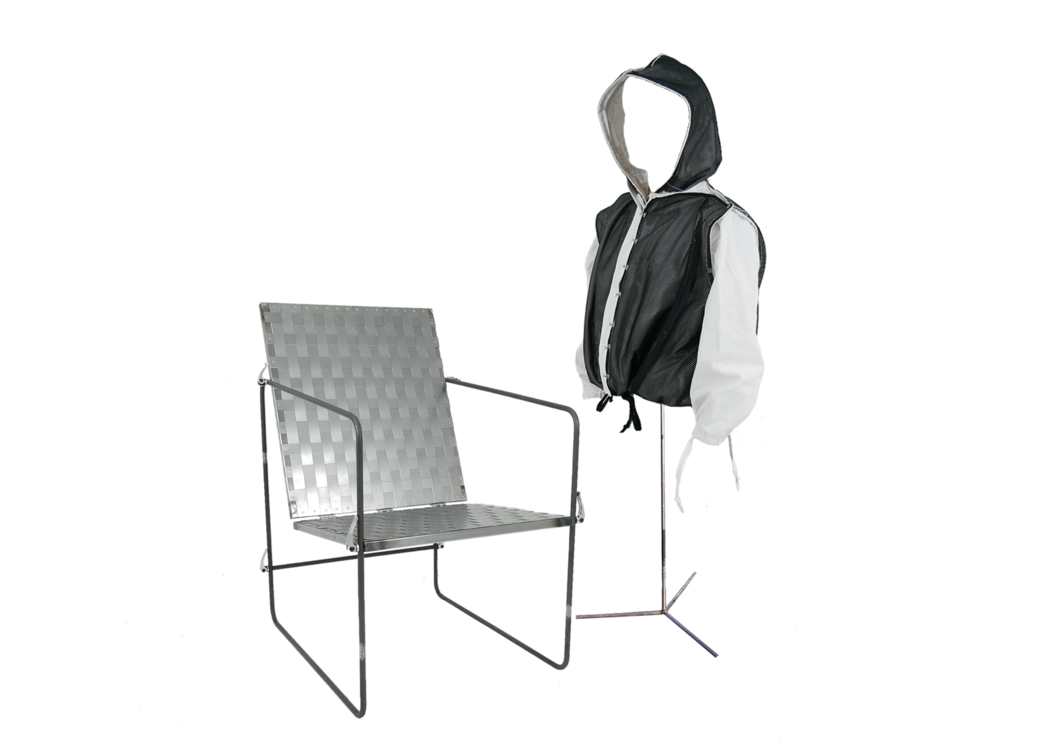 The Bukowskis gallery and Note design studios offer to train your taste for conscious consumption by playing with space. The exhibition project “Adjectives”, Adjectives is a thoughtful arrangement of space around one carefully selected antique object. A single glass vase and the curtain are enough to experience the material beauty of the object, which we are used to describing with many epithets. 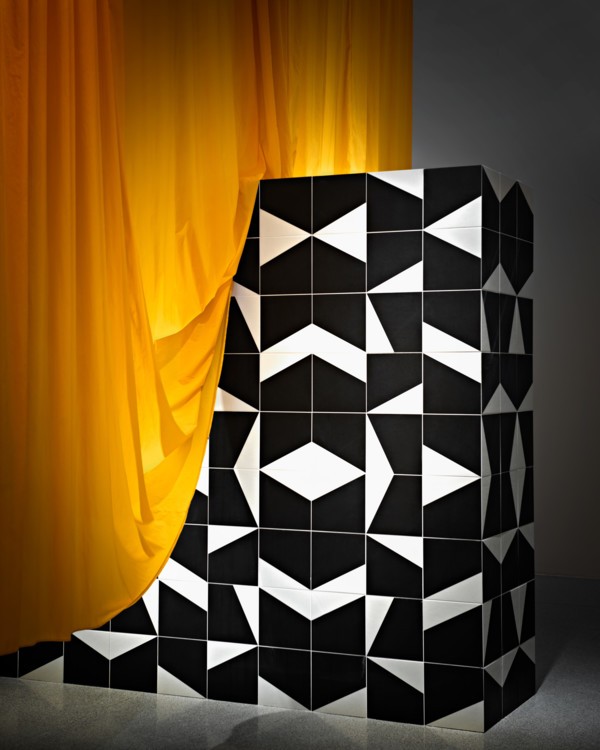 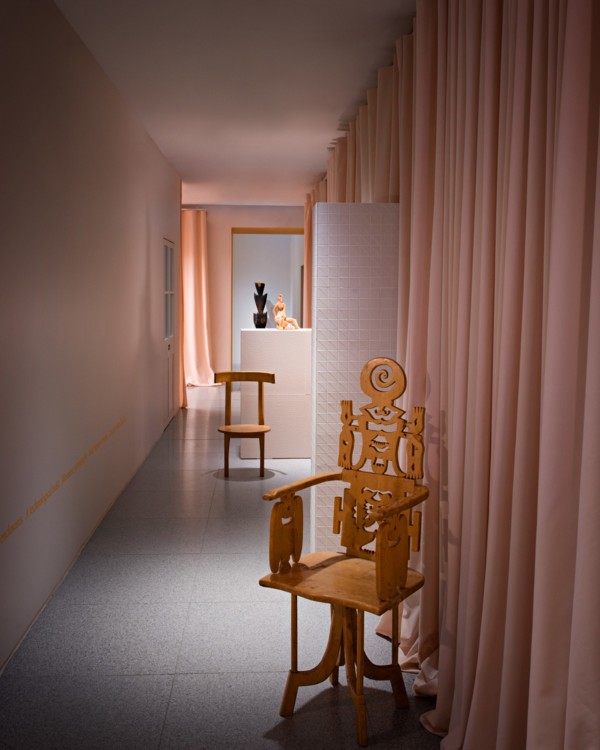 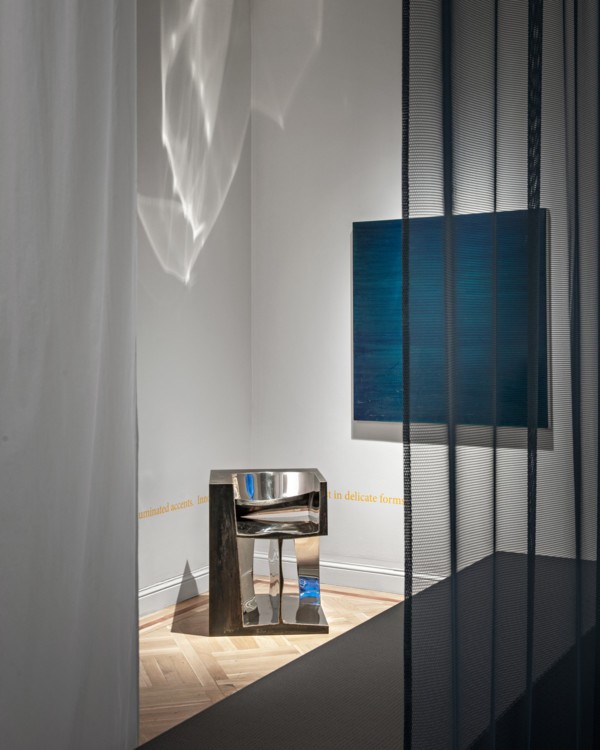 “Tabogionia” is about how joy is condemned in a situation of constant disaster. “Hopp” is a form of hope when the process is more meaningful than the positive outcome. 13 new words were invented by students of the Department of Design and Change at Linnaeus University in Sweden. The aim is to find a new language for dialogue on a topic in a less “catastrophic” way, which has filled the ossified perspective. These words are the main part of the project that the university is presenting as part of the Greenhouse platform at the main furniture exhibition of Stockholm Design Week. The students have just presented the language, but have already mastered it perfectly. In an email from Joshua, who gave a tour of the booth, along with a photo of the project – contacts of students for additional questions, because “it is right that the male voice does not dominate the female one”. 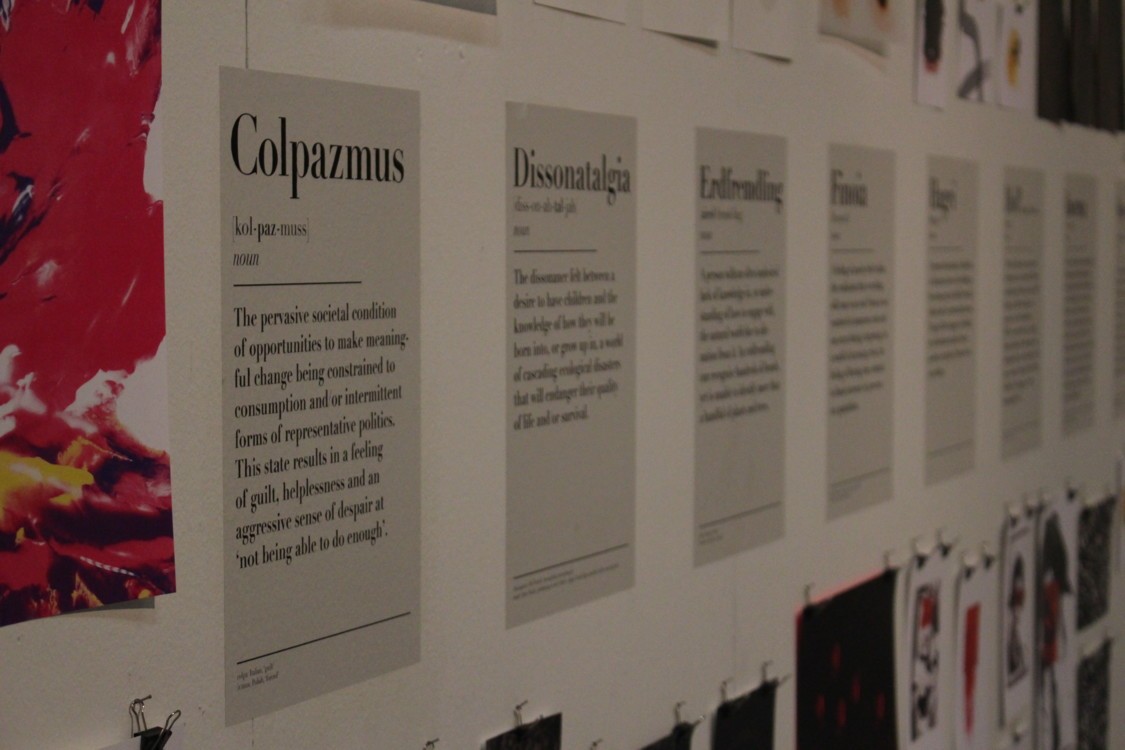 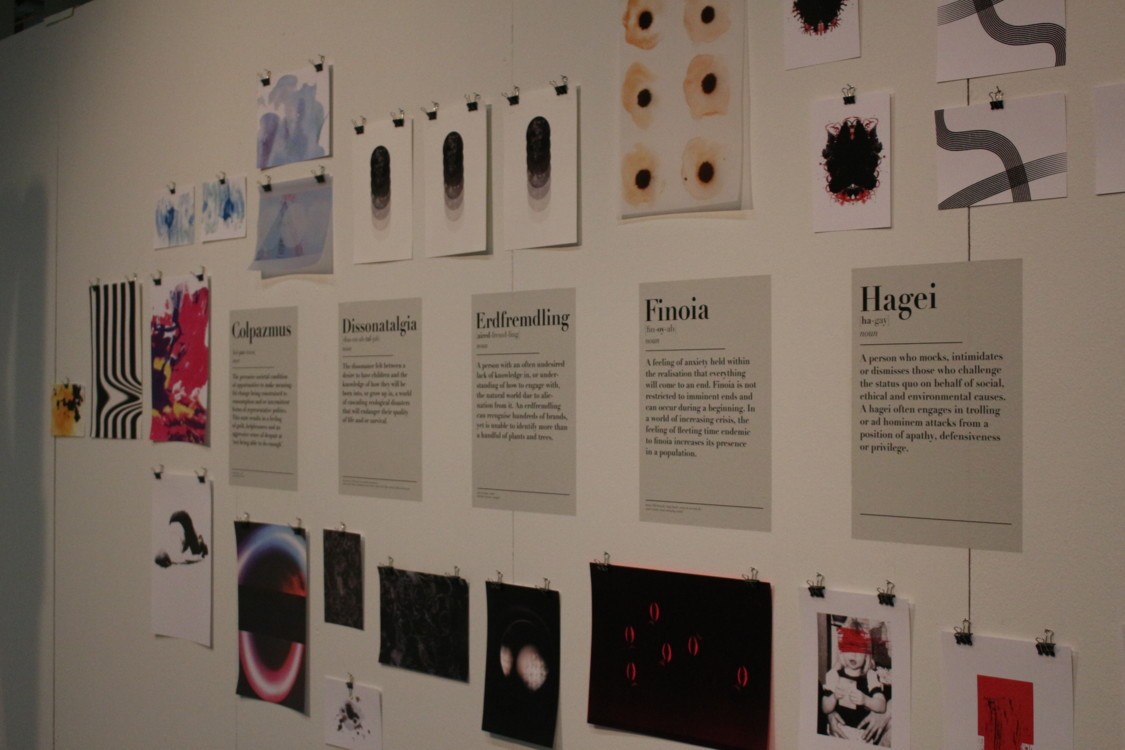 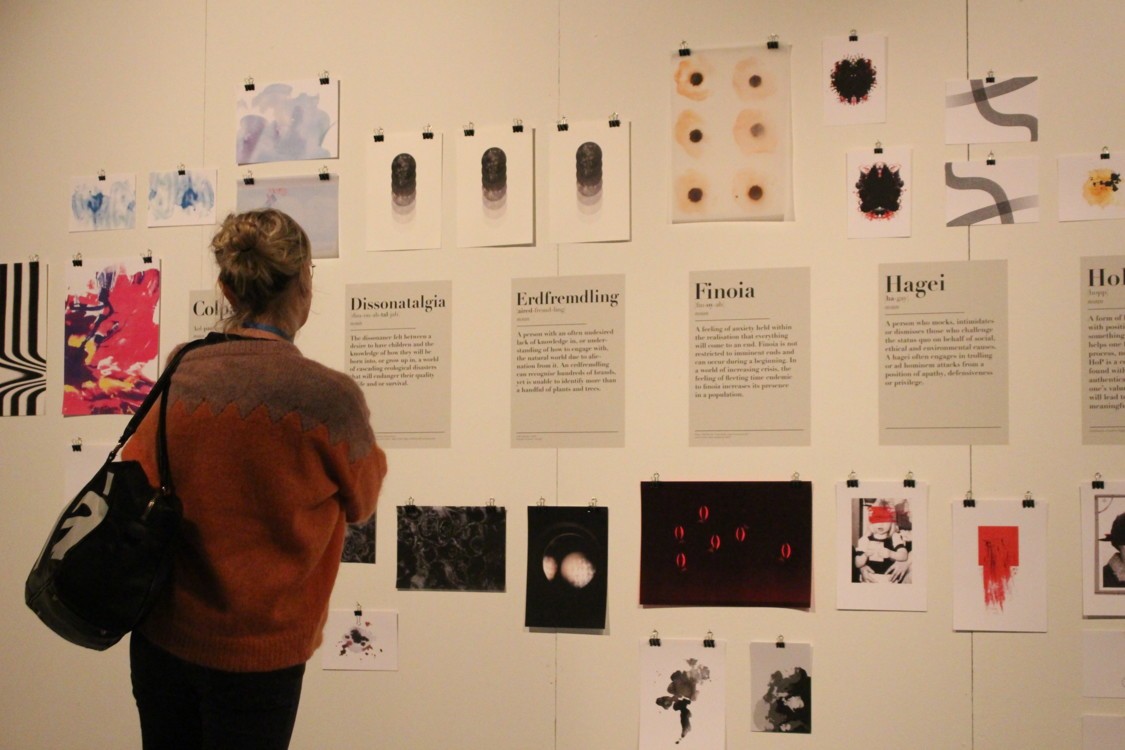 Greenhouse is a recognized scouting place for future talents, that’s why the past selection of the jury is looked at particularly carefully. The participants themselves look at familiar materials, which test new ideas of environmental justice.

Pine and leather are materials that people have used for a long time. They can serve long and old with several generations of the family. The Konstfack Students of Arts, Crafts and Design project “Cows and trees, meaning and analysis” presents familiar things. There is a variation on the Mono plastic molded chair. Instead of inventing a new object of Scandinavian minimalism, the designer implements a finished form in leather and wood and proposes to think about the fact that to get the right quality wood you have to wait from 75 to 120 years, so at least this is how long this thing should live.

Respect for the material is supposed to be two-way. Designer Miriam Sleire proposes to make all public space objects, not of concrete or steel, on which it is problematic to sit in the cold season, but wood: the material makes all objects more friendly to humans.

Fast food glass kit or jewelry stand – in a project from the Faculty of Industrial Design at Lund University, students can imagine whether disposable household plastic will be replaced by reusable glass. The title of the Transparency project is about the visual and industrial quality of glass: with this material they are ready to build the circular economy of the future. Even broken shards, inevitable waste can be used: “bricks” of glass with colored chips can be used to clad walls or stained-glass windows. 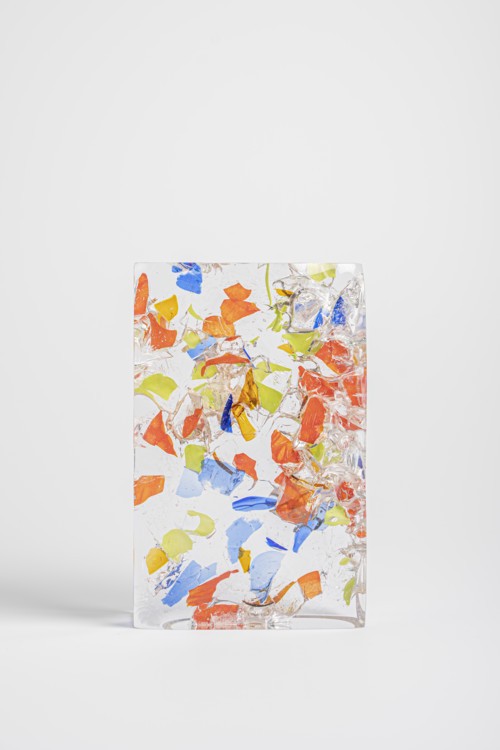 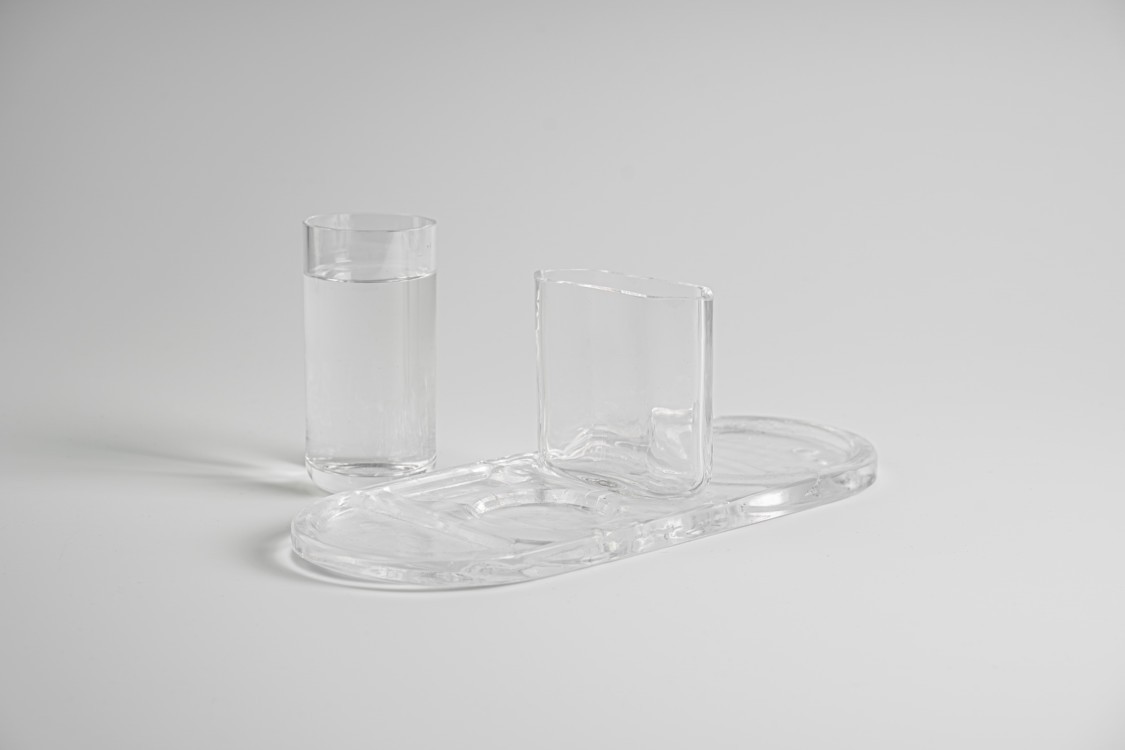 The most empathic look is “Outside Time”, a joint project of the Swedish Academy of Design and Skills HDK-Valand and the Japanese Design University in Kobe. “Beyond Time” is furniture for “adults”, whose task is not to make life easier, but to remove the stigma of old age. Among other objects,

there is a trolley for movement, which triggers a gear mechanism connected to the gramophone. The record plays when moving: you can move, dancing. “Not life, reporting years, but years full of life” – presents his object “Around the table” designer Kerstin Malkvist. A table for living together, around which sits and sits on comfortable flat cushions, is not empty and attracts strangers to sit down and share the moment with a stranger. In essence, without the ability to sympathize, we easily move down the evolutionary ruler. “Humanity is part of the ecosystem, and here our behavior is closest to the parasites. We parasitize on animals and highlight the products of life,” designer Fred Erik Deschutter describes his project for TheAgeof. The project looks at the problems of humanity through a thought-provoking perspective of settlement on Mars. The art project Fred Erik is a fantasy about the real project NASA. In the U.S. state of Hawaii in a closed building simulated the conditions of the flight to Mars, it housed six volunteers during the year. In his project, the artist presents an installation on the human body as a resource: in each box, there is a product of human activity (skin; sweat; hair), tools for its collection (pumice or blades), as well as examples where this resource can be used – for example, as fertilizer for plants that give oxygen necessary for life. The idea can be shocking, even though humans and other natural resources have been doing it for centuries. That’s why Stella McCartney’s dress on the next booth seems not to be an eco-fantasy, but to protect our own interests. It’s made of vegan silk based on spider web protein using Bolt Threads biotechnology.