The Museum of Mr. and Mrs. Mohamed Mahmoud Khalil in Cairo reopened on Sunday, 4 April, after being closed for ten years. An impressive Art Nouveau building overlooking the Nile, the museum is open to the public with free admission this month.

The museum in Cairo was reopened by Egyptian Culture Minister Ines Abdel Dayem, who described the museum as enriching Egypt’s cultural infrastructure and soft power, as the site of one of the world’s rarest art collections. The reopening is part of a comprehensive plan to develop art, archaeological and national museums in Egypt, as well as an incentive to engage the public.

The low-key opening ceremony was overshadowed by fanfare and press hype surrounding the Pharaoh’s Golden Parade. The Museum of Mr. and Mrs. Mohamed Mahmoud Khalil boasts a significant collection of Impressionist, Romantic, and Classical works, including works by internationally renowned artists such as:

The collection of the museum in Cairo also includes a range of porcelain vases and antiques from France, Turkey, Iran, and China. Although the Khalilov collection is predominantly international, there are a number of works by Egyptian artists.

The museum of Mahmoud Khalil and his wife is full of rare paintings and artwork and it is considered an Egyptian art treasure house. The collection of Mahmoud Khalil himself is considered one of the hugest art collections of one of the most important modern art in Egypt and the Middle East. The ground floor and the second floor are used to display the artworks hosted by the museum, while the underground floor is used for administration and contains a library, an information center, and a discussion hall.

There is also a great collection of statues made by famous artists like Auguste Rodin.

Politician and passionate collector, Mohamed Mahmoud Khalil Bey (1877–1953) was President of the Egyptian Senate, Minister of Agriculture, and co-founder of the Society of Fine Arts Lovers.

Mohamed Mahmoud Khalil worked to expand cultural exchange between Egypt and France by organizing an Egyptian pavilion at the Paris International Fair in 1937 and was elected a member of the French Academy of Fine Arts in 1949.

Khalil Bey met his French wife Emilien Luce (1881-1960) while studying in Paris. She loved art and collecting, so his passion for her turned into a passion for art and the acquisition of artistic treasures.

The Museum of Mr. and Mrs. Mohamed Mahmoud Khalil at No. 1 Kafur Street was a gift from Khalil to his wife, who after her death transferred the palace and its property to the Egyptian government to become an art museum.

The museum in Cairo, which has had more than one art robbery, was closed for ten years after the theft of a painting by Van Gogh known as Poppy Flowers (1887), cut from the frame and stolen in August 2010 and still missing lead. Poppy flowers were also stolen from the same museum in 1977 but recovered ten years later.

A virtual tour of the museum in Cairo is available online on the Egyptian government’s visual arts website.

On the north side of the Mohamed Mahmoud Khalil Museum, there is a huge colored window. It was painted by the French artist Lucien Matte in 1907. The house remained the residence of Mahmud Khalil and his family until 1960. Then the house, at his request, was transformed into a museum. 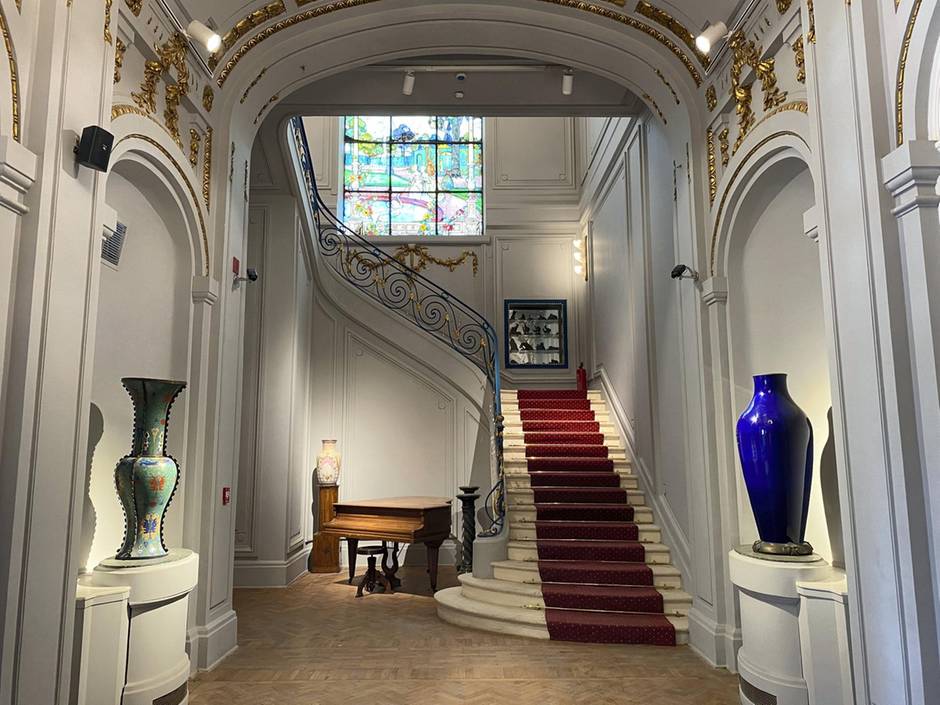 Many of his works and many other works of art by many local and foreign artists are exhibited in the museum in Cairo.

The Mohamed Mahmoud Khalil Museum has been forgotten by most Egyptians and tourists, with the exception of some art lovers who come to the museum from time to time. However, unexpectedly, the museum in Cairo attracted huge attention, but this time not because of the works of art that are stored in it, but because of the strange and mysterious disappearance of the poppy flower, the famous painting by Vincent Van Gogh.

The Disappearance of “Poppy Flower”

The famous painting “Poppy Flower” or “Vase and Flowers” was painted by Van Gogh in 1887, three years before his suicide. This is a medium-sized painting, measuring 54 x 53 cm. It was painted in oils on a piece of cloth. It contains a drawing of yellow and red poppy flowers, placed in a beautiful vase. The cost of this canvas is estimated at approximately $ 55 million.

The painting was eventually found. What’s really strange is that the same poppy flower weave was stolen from the same museum, the Mahmoud Khalil Museum, in 1977.

Who was Mohamed Mahmoud Khalil? 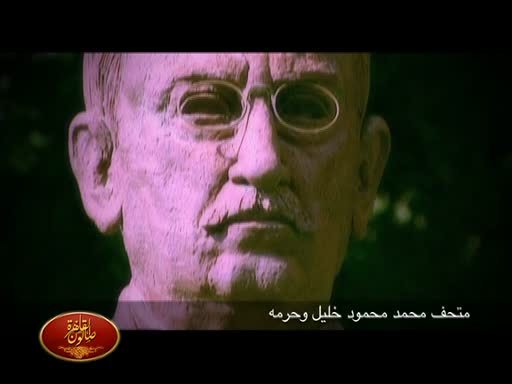 Mahmoud Khalil was a great art lover and also a unique collector of many precious and exceptional items.  Khalil was also a politician and worked for a long time as a minister and member of the Egyptian parliament. Mohamed Mahmoud Khalil was a major sponsor of youth arts and leader of the Fine Arts Lovers’ Association, which he co-founded with Al-Amir Yousef Kamal in 1924.

This is in addition to his important role in artistic and cultural exchange between Egypt and France, and his efforts have culminated in the receipt of top French medals and awards.

Mahmoud Khalil was born in Cairo in 1877, and in 1897 he went to France to study law. He married a French woman named Emeline Hiktor Luis in 1907. After that, he returned to Egypt and built his palace in 1918. He also served as Commissioner General of the Egyptian Section at the 1937 Paris International Art Festival.

Mohamed Mahmoud Khalil became the Minister of Agriculture in the government of the opposition party Al-Wafd. He became Chairman of the Egyptian Parliament from 1939 to 1940.

The famous Egyptian artist and politician, Mohamed Mahmoud Khalil was fond of France, French culture, and art, perhaps this was due to his studies in Paris, or perhaps he was also influenced by his French wife Imilin. This was the reason that he was actively involved in organizing an exhibition of French art and decor in Cairo in 1938.

Khalil was elected a reporter for the French Academy of Fine Arts in Cairo in 1948, and then he became a member of the academy in 1949.