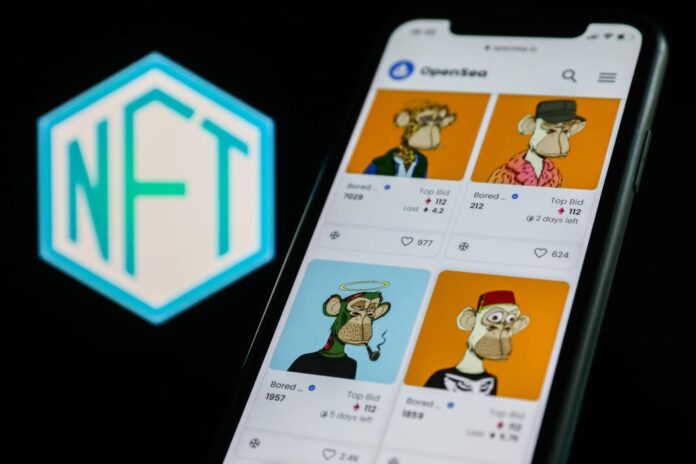 Yuga Labs, the company behind the popular Bored Ape Yacht Club NFTs, could soon be staring down its nose at a lawsuit.

The New York law firm Scott and Scott is looking to drum up plaintiffs to file a class action against Yuga Labs, alleging that the NFT juggernaut tapped celebrities to talk up the value of their tokens and lure in “unsuspecting investors” with the promise of high returns.

A slew of celebrities, including Gwyneth Paltrow, Eminem, and Madonna, acquired Bored Ape Yacht Club (BAYC) NFTs and promoted them on social media in the past year. In January, when Jimmy Fallon and Paris Hilton flouted their cartoon apes on national TV, it felt more like a bad infomercial. Many of the celebs are with Creative Artists Agency (CAA), which owns a chunk of OpenSea, a popular marketplace for NFTs. (Madonna’s manager, Guy Oseary, represents Yuga Labs and is also a Yuga Labs investor.)

If it is to be successful, Scott and Scott will need to prove that BAYC NFTs are securities like stocks, bonds, or options. Legally, anyone issuing a security has to register it with the Securities and Exchange Commission to prevent fraud.

NFTs, because they aren’t fungible, typically aren’t thought of as securities, which are. Each NFT is supposed to represent a unique object. But they can be deemed securities if they pass the “Howey Test,” a regulatory standard used to determine if a transaction qualifies as an investment contract.

According to the Howey test, an investment contract exists if there is “an investment of money in a common enterprise with a reasonable expectation of profits to be derived from the efforts of others.” Yuga Labs, in this instance, would be the actor behind the promotion of the NFTs.

“I do think that some NFTs might be securities, and the courts and the SEC will analyze the offering under the Howey test,” Alma Angotti, a former senior enforcer with the U.S. Treasury Department’s Financial Crimes Enforcement Network, who now works as a partner at the consultancy Guidehouse Inc, told Artnet News.

That litmus test was recently applied to Coinbase in an insider trading case against a former employee and his friends. Separately, the SEC is reportedly looking into whether Coinbase illegitimately let users trade digital assets that haven’t been registered as securities.

“If [Yuga Labs] was essentially selling the product as an investment that would increase in value based on efforts of the company, then a court may find it a security,” Angotti said. But if Yuga Labs are selling their NFTs—as most NFTs are sold—based on the premise they may increase in value simply because people like them, then probably not.

“But it still could be fraud if they made misrepresentations,” she said.

For analogous cases, she pointed to sales of counterfeit art objects or a case involving wine that was fraudulently sold as rare and old. In other words, it might appear like something unique and special, but in reality, it’s not.

Scott and Scott’s proposed class action would also take aim at Bored Ape Yacht Club’s native token, Apecoin. It’s likely, they’ll have a much easier time arguing that Apecoin is a security rather than BAYC-related NFT. Apecoin has been listed on Coinbase since it launched in March, and SEC Chair Gary Gensler has long argued that most cryptocurrencies are securities.

Scott and Scott has not filed a complaint yet. It’s looking for disgruntled investors who suffered losses in association with the Yuga Labs tokens between April and June. In late April, just before BAYC’s massive Otherdeed landsale, Apecoin was worth $27 before dropping as low as $3.50.

Neither Scott and Scott nor Yuga Labs responded to a request for comment.

10 Buzzy Gallery Shows Not to Miss in New York This Month, From Uptown to Tribeca