Home News Artist Jennifer Bartlett, Known for Her Intensive Investigations Into the Possibilities of... 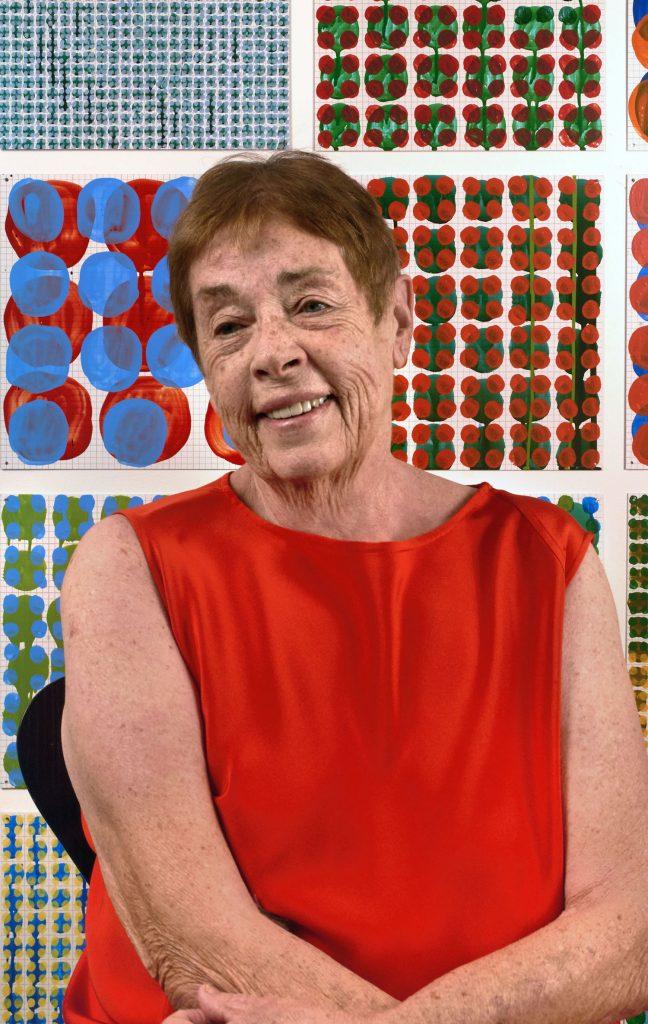 The New York painter Jennifer Bartlett, known for seamlessly blending aspects of Minimalism, Abstract Expressionism, and Conceptualism in a single work, died on July 25 at age 81 in Amagansett, Long Island. Her death was confirmed by Marianne Boesky and Paula Cooper, the gallerists who have shared representation of the artist since 2018.

Cooper called her “one of the best-known painters of her generation” in a statement, adding that Bartlett “leaves a vast and varied body of work.”

In 1968, the artist began working on the square steel plates that would become a signature element in her work. For instance, (1975-76), which was first installed at Paula Cooper, filled the entire gallery, and is now part of the permanent collection of the Museum of Modern Art in New York. 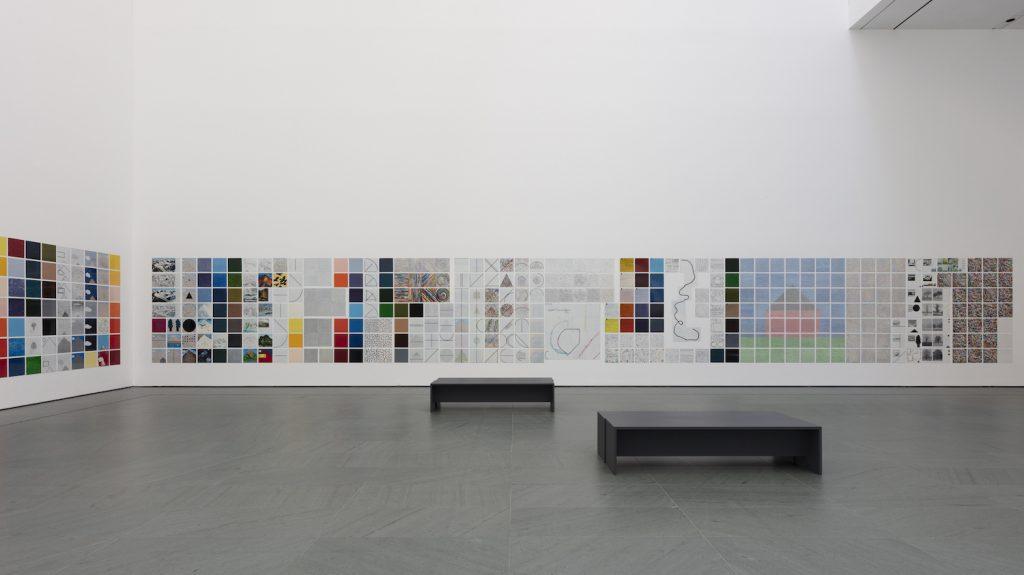 Over the course of her career, Bartlett “remained dedicated to the investigative and serial approach that was inherent to . Depicting quotidian subjects such as houses, shorelines, and domestic interiors, her work resulted in comprehensive examinations of a single motif, both figurative and abstract, and often combined a variety of media in a single work,” according to Cooper.

“Jennifer presents a strange combination of super-rational and nonrational content direct from the unconscious,” the actor and playwright Wallace Shawn, a longtime friend of the artist, told the in 2013. “She can paint an empty room or a house at night seen from the outside in a way that seems to expose the human soul or the strange irrational worms that are crawling underneath the surface. At other times, her work can have an explosive, happy quality, just with its rather obsessive mathematical side or the incredible sense of humor in her word paintings.”

For her series “In the Garden” (1980), the artist drew a single domesticated plot in the south of France from nearly 200 different perspectives—and later returned to the subject in a series of paintings. Other major series include “Swimmers and Rafts” (1979), which mixed steel plates and shaped canvases into multimedia studies, and “Sea Wall” (1985), a group of paintings of boats at shore with accompanying sailboat sculptures. 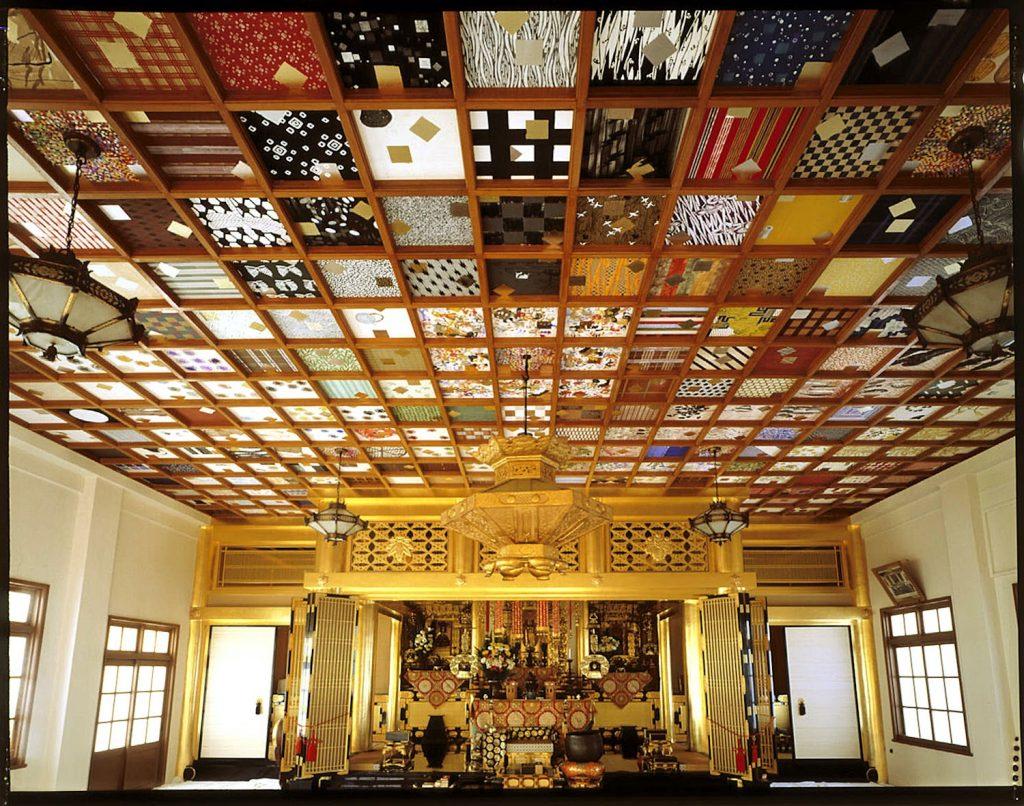 From roughly the 1980s through the early 2000s, Bartlett replaced the steel plates with large-scale figurative paintings but ultimately returned to minimal, gridded arrangements of abstract plate works in the 2010s with larger plates and denser painting.

In addition to the various bodies of art shown at galleries and museums, Bartlett also completed high-profile commissions that resulted in more immersive environments. For instance, a 1980 commission for the lobby and offices of the Institute for Scientific Information in Philadelphia remains on view at Drexel University, and a ceiling installation for the Homan-ji Buddhist temple in Choshi-shi, Japan, also still on view, inspired a subsequent series of prints on the same theme. 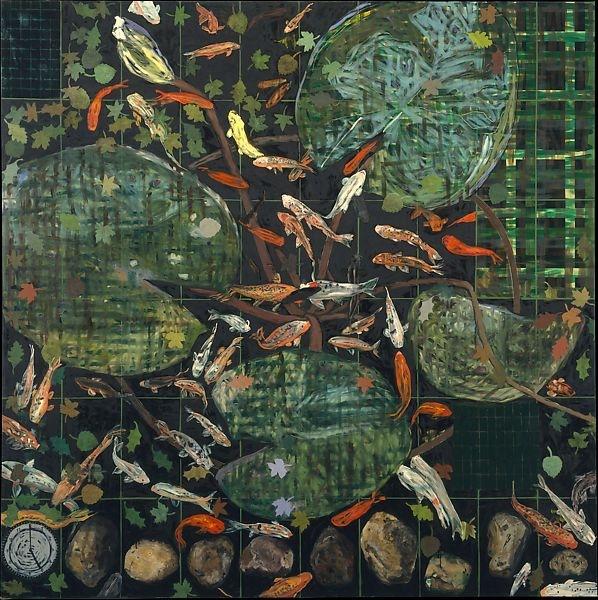 Bartlett was also a writer. Her , a conceptual study of the Egyptian queen across prose, poetry, and diagrams, was published in 1971, and , a free-form autobiography, came out in 1987.

“I have been honored to represent Jennifer and grateful for the opportunity to continue to shepherd her work forward in concert with the incredible team that has long surrounded her,” Marianne Boesky said.

The artist’s first survey exhibition was held in 1985 and traveled to the Walker Art Center, the Brooklyn Museum, and the Museum of Art at the Carnegie Institute. Klaus Ottman curated her second traveling survey, in 2013-14, which appeared at the Pennsylvania Academy of the Fine Arts and the Parrish Art Museum. In 2014, the Cleveland Museum of Art exhibited all three of Bartlett’s monumental plate pieces, , , and in the exhibition “Epic Systems.”