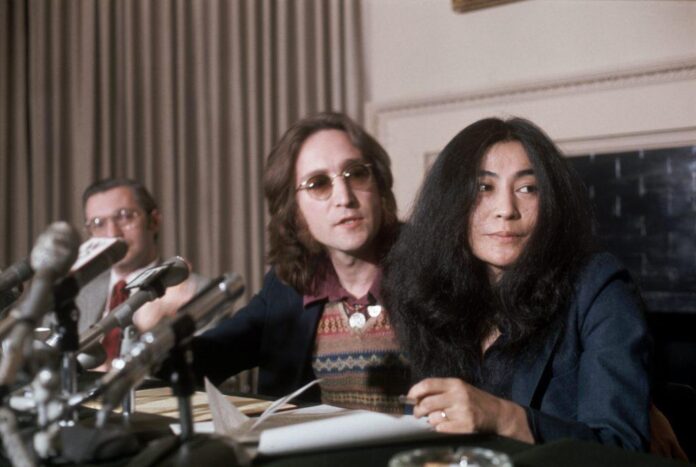 A rare original copy of featuring Annie Leibovitz‘s legendary portrait of a naked John Lennon cradling a clothed Yoko Ono on its cover is up for auction on the magazine’s digital store through December 16. Although the issue first hit newsstands on January 22, 1981, nearly a month after Mark David Chapman murdered Lennon outside the Dakota building in Manhattan, Leibovitz snapped its cover just hours before the tragedy. All proceeds will benefit a yet-unnamed gun-violence prevention charity.

Copies of issue no. 335 pop up from time to time on sites like eBay, Etsy, and Biblio, but ’s parent company Penske Media—which just acquired Artforum—recently discovered a cache of the issue in their archives. Normally copies sell for a few hundred dollars depending on their quality, but bids for this , signed by founder Jan Wenner, start at $1,000. Its condition has benefited from climate control, yet still bears light wear and tear.

Leibovitz entered Lennon’s apartment that fateful December 8, 1980, to take the musician and activist’s photo to accompany an interview by Jonathan Cott. Inspired by the nude photos she’d captured of him with Ono in 1968, Leibovitz asked the couple to disrobe. “The session took place in a bright, sunny room overlooking the park,” Ono said in 2004, per the sale’s description. “We were feeling comfortable because it was Annie, whom we respected and trusted, so John seemed not to have any problem taking off his clothes.” 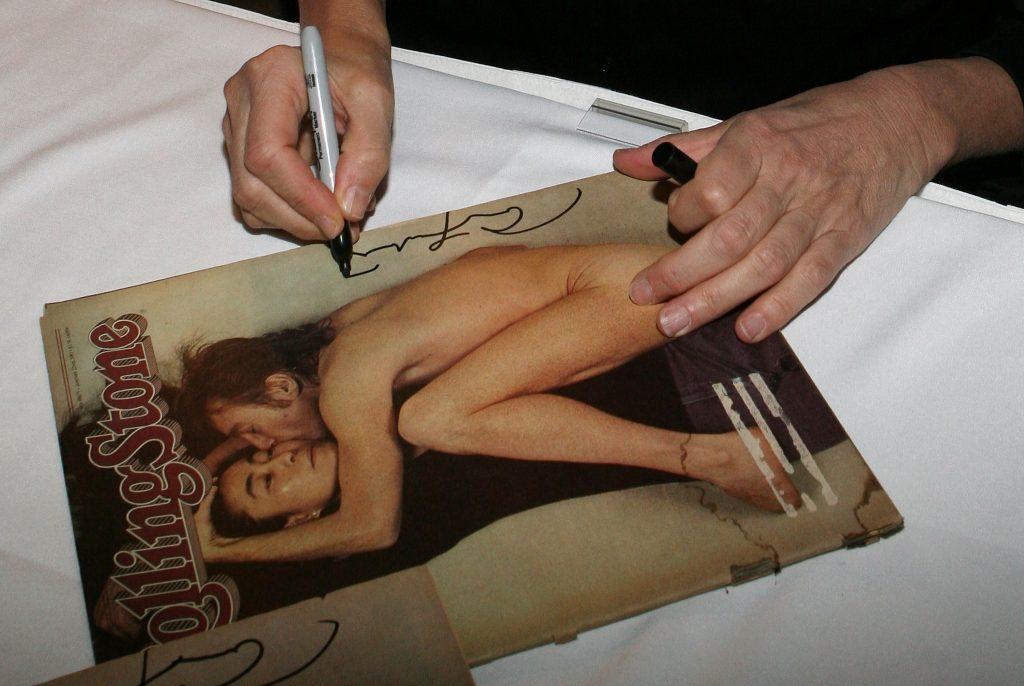 Ono, on the other hand, was more reticent. She acquiesced to remove her top, but opted to keep her pants. A dismayed Leibovitz suggested Ono stay fully clothed, perhaps already envisioning the image’s striking dichotomy, which intensifies Lennon’s display of love. “The three of us knew it was profound right away,” Leibovitz has since remarked.

Rolling Stone’s founder and then-editor in chief Jan Wenner heard of Lennon’s murder when Howard Cosell interrupted . He quickly joined mourners outside the Dakota. “I stood there trying to absorb the awesome and frightening reality that such a man, a towering man, an irreplaceable genius of my times, to whom I owed a deep personal debt, had been murdered, and that I, and perhaps all of us, were in scary, dark waters,” Wenner wrote in his memoir Like a Rolling Stone, released last September.

Wenner and his team worked doggedly over the following weeks, dedicating the issue to Lennon’s life story, honoring his long history of supporting the magazine by appearing on the cover of their debut issue, letting them publish the controversial photos, and giving them the scoop on the Beatles’s breakup in 1970. Copies quickly became coveted collectibles. In 2005, the American Society of Magazine Editors named it the best magazine cover of the last 40 years.

“It is incredibly meaningful to be able to both honor John Lennon on the anniversary of his death,” Jan Wenner’s son Gus, who has served as the magazine’s CEO since January, said in a release. “Gun-violence prevention is a cause we are passionate about at and this auction is just the beginning of our efforts to support it.”