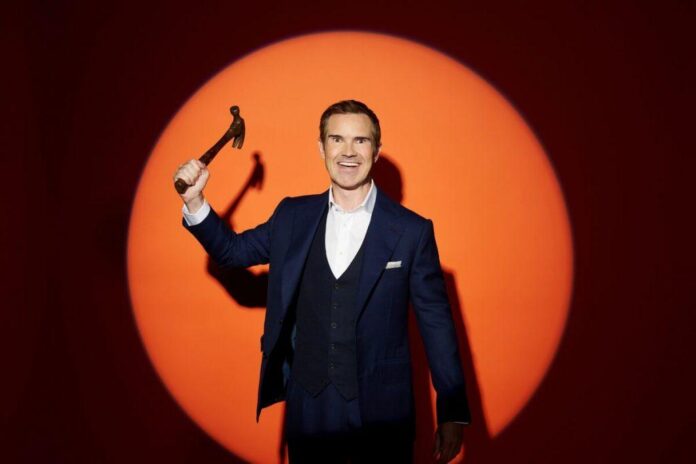 The polemical one-off TV show, Jimmy Carr Destroys, which aired in the U.K. on Channel 4 on October 25, has been universally panned by critics.

The premise saw the British comedian put “problematic” artists on trial to test if they could be separated from their art. After each debate, the live studio audience was invited to vote on which artworks to destroy.

Various commentators were invited to argue for or against the works, including writer Dom Joly,  journalist Janet Street-Porter, actor Jolyon Rubinstein and comedian Dane Baptiste.

The artists featured in the program ranged from Hitler and convicted pedophile Rolf Harris to the notoriously misogynist master of Modern art, Picasso, and one time of British contemporary art, Marcus Harvey.

Flamethrowers, shredders and paintball pellets were among the types of ammunition used to destroy the ill-favored works. Channel 4 had acquired all pieces especially for the show, including a £11,500 (£13,360) watercolor by Hitler.

In one instance, a bust made by Rachel Dolezal, who made headlines in 2015 for presenting herself as a Black woman, was thrown off a balcony. 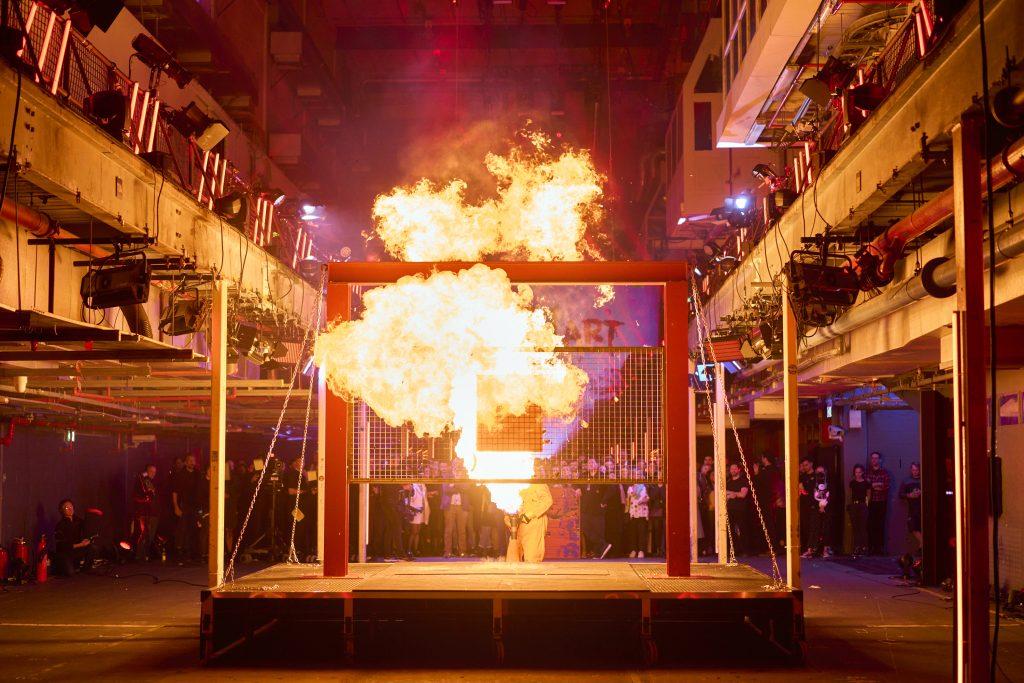 Flamethrowers were among the methods used to destroy artworks on Jimmy Carr Destroys Art on the U.K.’s Channel 4. Photo courtesy of Channel 4.

The British press was quick to criticize the show. “The sheer obviousness of its desire to stir controversy is what’s really offensive here,” wrote art critic Waldemar Januszczak on Twitter. “Pathetic!”

Louis Chilton, writing for The Independent, outlined the various off-color comments and scandals for which the host has himself come under fire, including a joke about the Holocaust in his Netflix special. He concluded that “selecting Carr to serve as arbiter-cum-executioner is like letting Boris Johnson chair a seminar on the value of honesty.”

In The Times, Carol Midgley called the choice “a naked lunge for a Twitter storm.”

Ed Power, for the Irish Times, noted the bad faith equivalence between seeking to separate great art from its badly behaved authors and excusing “terrible art from fascist degenerates,” describing the result as a “surface-level exploration of what ‘cancellation’ means, which leaves little room for nuance.”

The theatricality of the works’ annihilation, he said, “only serves to distract from some genuinely worthwhile points mentioned by the more serious participants about why discomfort isn’t a sufficient reason for destruction, or about the importance of works that depict and reveal ugly prejudices.”

“The worst part of it all was that in its various acts of destruction, the program was essentially legitimizing the mob mentality that has hijacked the arts,” wrote Ben Lawrence in The Telegraph. “As contributor Andrew Doyle sanely reasoned, any obliteration is ultimately an authoritarian act, a sign of vengeance.”

On the program, commentator Rubinstein had noted that Hitler himself was more than happy to do away with art he deemed to be degenerate.

The show is part of a series of programs of intentionally provocative shows commissioned to celebrate 40 years of Channel 4’s “iconoclasm and irreverence,” in the words of the channel’s director of programming, Ian Katz.