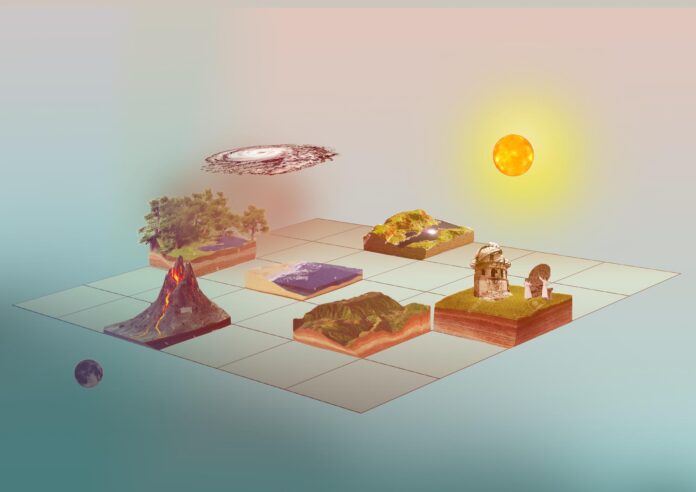 The United States Supreme Court’s decision last month to take power away from the Environmental Protection Agency is one that may, unfortunately, affect the rest of the world much more than it does the US, especially now that the carbon emissions of the second-biggest polluter globally will be significantly harder to regulate. But it can be difficult to grasp the extent of the problem of changing climates, particularly for those who don’t witness it in their immediate surroundings. Citing scientific data is one eye-opening approach; equally powerful (and worthwhile) are the stories of individuals around the world who are personally affected. With this second strategy in mind, the World Weather Network launched last month as an alliance of artists and writers creating “weather stations” (loosely defined) in 28 different countries — many of which are already seeing rising sea levels, changing seasons and more severe natural disasters due to human-caused climate change.

In Bangladesh, ahead of the Dhaka Art Summit in February 2023, artist Kamruzzaman Shadhin has worked with a group of children to help them create a puppet-show video about the monsoon season. The script, written by the show’s young performers, tells the tale of a farmer doing everything he can to bring the rains to grow his rice plants, like performing a frog wedding (a real local custom used in times of extreme drought). But the rain comes harder than expected, forcing the ants to climb up into the trees, and even the rice-plant puppet says it feels like it’s drowning. Bonna, a figure symbolising flood — and a popular given name in Bengali that literally means “flood” — shows no remorse for all the extra water she has brought, yet even as the rice plant drowns, it says, “We need you more than we know. Bonna, come again.”

“The kids are working on a longer film too,” says Diana Campbell, chief curator of the Dhaka Art Summit. “Their families are climate migrants to the north.” In the southern part of Bangladesh, near-constant flooding has been washing away crops and bringing saltwater further inland, destroying crops and livelihoods. But the extreme weather has been encroaching on the rest of the country, too, as evidenced both by the video project and devastating floods last month in the northeast.

“Bangladesh is ground zero for climate change,” says Campbell, adding that Bangladeshis “feel its effects every single day”. She sees the kids’ project (and the upcoming Dhaka Art Summit in general, which shares the Bonna/flood theme and Campbell describes as a “massive weather station”) as a means of “humanising climate change. It’s not an abstract concept”. She notes that flooding has long been a part of life there — “Traditional Bangladeshi architecture is built for floods,” with buildings including stilts or even made to float as waters rise — but the rains have gotten much more extreme. “Bangladesh used to have six seasons,” she says. “Now it has maybe four.”

On the other side of the globe, on Fogo Island off of Newfoundland, Canada, a more conventional weather station is taking shape. In concert with Fogo Island Arts, artist Liam Gillick designed a two-thirds scale model of a traditional fishing hut that local scientists, artists and others are encouraged to use for their weather-research projects over the next few years. A Variability Quantifier continues Gillick’s string of climate-related projects on an island with a deep culture of fishing in a part of the world often referred to as “iceberg alley”, near where the Titanic sank in 1912.

“I’m interested in the vernacular architecture of the island, the distinct communities and their different histories,” says Gillick. “They don’t have an official weather station on the island, but the people there are fishers who have intuitive knowledge. They’re constantly tracking what’s taking place.” He remembers seeing a local resident’s journal in which she describes her life and relationships (as any journal might) but always makes room for a personalised weather report. Just like in Bangladesh, the weather on Fogo Island is deeply important to local culture and people’s everyday lives.

For his hut, Gillick hired fisherpeople on Fogo Island to build it with locally sourced wood — “between lobstering”. He sees it as “a rig to affix things to and a site for experimentation”, a weather station that’s both scientifically useful and represents the “aesthetic of measuring weather”. He hopes it will become a gathering place for the community. (Fogo Island Arts is in charge of planning official events and visits, but Gillick encourages informal visits as well.) “A lot of the imagery around climate change is cliché,” says Gillick, adding that he’s particularly interested in the history of the maths behind climate research, how and why things are measured as they are, and how different cultural traditions of tracking weather can add to our understanding of it. “My project is a realist, naturalist take, something concrete that can be measured, more than a feeling.”

The Bangladesh and Fogo Island projects are only two of the dozens taking place over the span of the next year as part of the World Weather Network. Others include Hiroshi Sugimoto’s observations of the atmosphere over his Enoura Observatory in Odawara, Japan; Joana Escoval’s exploration of lichens as “weather reporters” in Grasse, France; Xiaoxiao Zhao’s tracking of cloud formations over Qinhuangdao, China; Yinka Shonibare’s “conceptual weather station” in Ijebu-Ode, Nigeria; and Sophia Point Rainforest Research Centre’s pairings of anecdotal descriptions of weather with scientifically collected meteorological data along the Essequibo River in Guyana.

While these projects are envisioned for their own local communities, the World Weather Network’s website will be updated throughout the year with photos and videos of events, weather data gathered and general updates on each one. This bird’s-eye view of all the various projects is something Artangel associate director James Lingwood calls “taking different weather worlds and bringing them together”. (Although Lingwood stresses that the World Weather Network has a “decentralised rhizomatic structure”, both Campbell and Gillick cited Artangel as the instigating force behind it. For its part, Artangel organised two projects in London — writer Jessica J. Lee’s “dictionary” of weather-related words in different languages and Abi Palmer’s seasonal weather reports in collaboration with her two cats.)

“Each organisation is responsible for their project, events and what happens on the network. It’s a great journey of discovery for all of us,” Lingwood says, calling the yearlong endeavour an “invitation to look and learn, then hopefully to act”.

Paula Cooper Is Now Representing the Estate of Jay DeFeo, the Still Overlooked Artist Who Did Much More Than ‘The Rose’