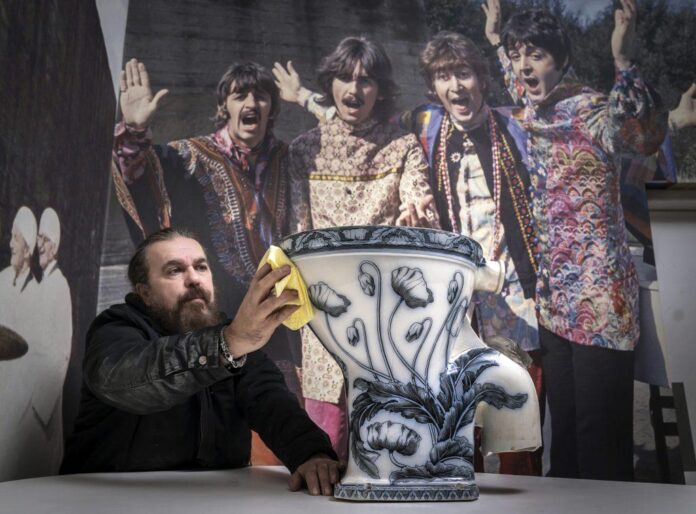 The Liverpool Beatles Museum, keeper of one of the largest collections dedicated to the Fab Four, has revealed the latest addition to its permanent exhibition. It’s a toilet, owned—and presumably used—by John Lennon.

The ornate fixture was once installed at the singer-songwriter’s Tittenhurst Park home in London, where he lived with his wife Yoko Ono, from 1969 to 1971. “It is a wonderful piece of porcelain,” Paul Parry, the museum’s general manager, told Artnet News. “Apart from being a remarkable antique, it highlights the lengths Beatles fans will go to in order to possess something ‘Beatles.’”

The artifact is on loan to the Liverpool Beatles Museum by Gary Honniball, who acquired it in 1990 for £1,000 at an auction where two of Lennon’s toilets were up for sale. In 1997, the collector had the toilet appraised on the BBC program, Antiques Roadshow, but had otherwise kept the item in storage. 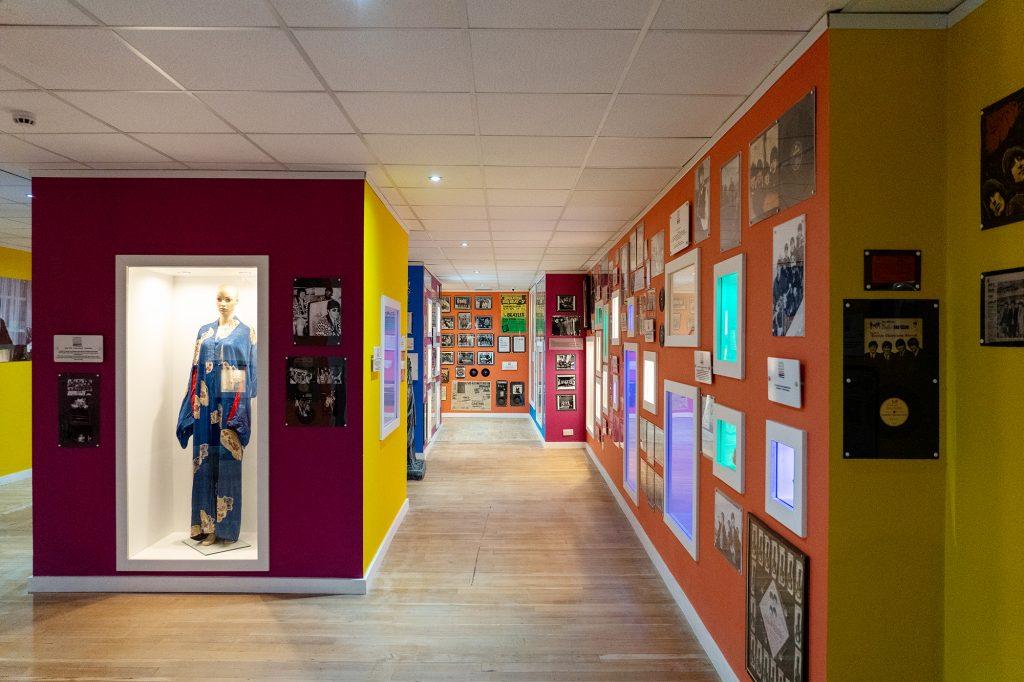 When Honniball contacted the museum to place the toilet, Parry reflected, “he seemed unsure as to what my reaction would be as it is a very unusual item and at first, I even thought he might be joking.” After discussions with museum founder Roag Best—brother to Pete Best, the Beatles’s original drummer—an open-ended loan agreement was finalized with Honniball.

The porcelain toilet is decorated with a blue floral pattern, per Lennon’s instructions to its builder to “put some flowers in it or something.” A handsome object, it would have fit right into Lennon and Ono’s lavish 19th-century mansion, which the couple painted entirely in white and decorated with handwoven Asian rugs. Elsewhere on the 71-acre property, once home to the Royal Horticultural Society, Lennon also installed a manmade lake and a recording studio, where he famously composed the song “Imagine.”

#OTD in 1969, the Tittenhurst Park photo session takes place. It would turn out to be The Beatles’ last photo shoot as a band. pic.twitter.com/zO9CgYubLF

The object was unveiled to a small crowd of 75 people at the museum on December 8—the 22nd anniversary of Lennon’s murder in New York. It joins the venue’s other exhibits, such as the original medals pictured on the cover of Sgt. Pepper’s Lonely Hearts Club Band, and the War is Over Christmas card that Lennon and Ono mailed to then-Prime Minister Harold Wilson.

Unsurprisingly, the museum’s new exhibit has touched off a bonanza of toilet humor, courtesy of the press (“Love me Loo,” anyone?). Visitors, too, have apparently been potty for a view into Lennon’s facilities—the kind of lark, Parry noted, that might have amused the Beatle who could never passed up a good quip.

“It raises a smile with visitors,” said Parry. “If John were still around, it would certainly elicit a smile from him.”