Home News 150 Artists and Culture Workers Are Boycotting a Finnish Museum Over Its... 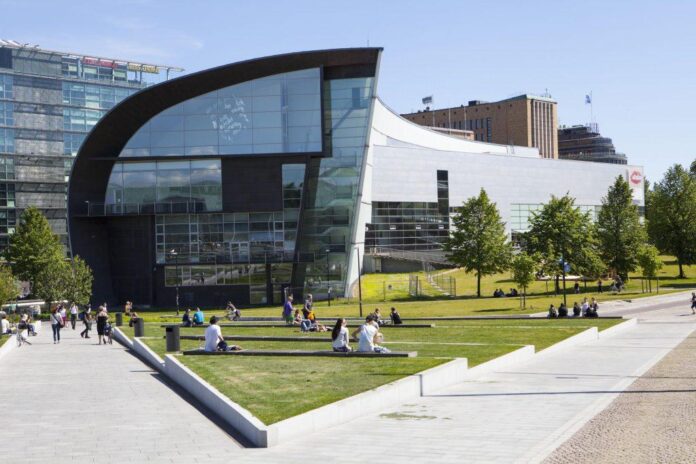 More than 150 artists and cultural workers are boycotting Finland’s Museum of Contemporary Art Kiasma in protest of the institution’s relationship with billionaire Chaim “Poju” Zabludowicz and his alleged connections to the Israeli government.

Zabludowicz is CEO of Tamares, an investment group founded by his father, whose own wealth was built through facilitating the arms trade between Finland and Israel.

Today, most of Tamares’s holdings are in real estate, though the group still owns a stake in a company that maintains airplanes for the Israel Air Force. Zabludowicz also co-founded the influential pro-Israel lobbying group Britain Israel Communications and Research Centre.

In an open letter published in October, Finnish artists Terike Haapoja and Eero Yli-Vakkuri called on Kiasma, the contemporary art arm of the Finnish National Gallery in Helsinki, to revoke Zabludowicz’s membership on the board.

“Otherwise,” the artists wrote, “[the museum] will endanger its credibility as a platform for discussions of social responsibility, and will be complicit in the artwashing of a political activity that endangers human lives.”

Earlier this month, Haapoja and Yli-Vakkuri formalized their position in a petition called Kiasma Strike. “As art workers, we expect the Kiasma Museum of Contemporary Art to refuse financial or other support from private parties involved in arms trading or manufacturing and financial investments in conflict zones,” reads a statement on the campaign’s website.

“We, the signatories, refuse to sell our labor and art to Kiasma as long as it collaborates with organizations whose leadership includes representatives of the Zabludowicz Art Trust,” the document continues. “Our stance is based on the fact that organizations Chaim ‘Poju’ Zabludowicz funds support the apartheid regime imposed on Palestine and the Palestinian people by the State of Israel.”

In a joint statement, Finnish National Gallery director general Kimmo Levä and Kiasma director Leevi Haapala said that “artists are important partners for Kiasma. We respect the opinion of the artists who made the petition and we are naturally willing to continue working with the artists after they end their work stoppage.”

The museum leaders explained that Zabludowicz sits on the board of the Kiasma Support Foundation—an independent, 11-member group that fundraises for the institution—and not on the board of the museum itself. “The National Gallery does not have decision-making power over the composition of the foundation’s board,” their statement said.

Representatives from the Zabludowicz Art Trust did not immediately respond to a request for comment, but previously told that the Zabludowicz family does not currently have any connection to military operations in Israel or Finland.

This isn’t the first time that the Zabludowicz Art Trust, which manages the world-class collection owned by the billionaire and his wife, Anita, has come under fire.

In 2014, a group of artists, activists, curators, and writers operating under the name Boycott/Divest Zabludowicz (BDZ), called for a boycott of the Trust and its subsidiaries. A statement on the group’s website demands that the trust “publicly recognize the rights of Palestinians, and desist from all activities and investments supporting the state of Israel in maintaining an oppressive system of apartheid.”

In 2021, BDZ issued a letter urging artists to de-author their works that had been acquired or shown by the Zabludowicz Art Trust.