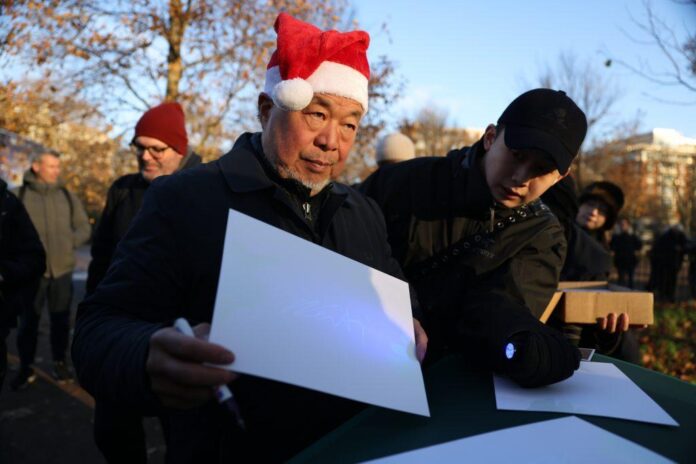 Scores of fans and supporters lined up in London’s Hyde Park in the chilly afternoon on Saturday to obtain a free artwork from Chinese artist-activist Ai Weiwei, who staged the event to raise funds for refugees.

Titled , the work involves a piece of blank A4 paper with Ai’s autograph signed in UV ink, which can only be seen under ultraviolet light. For those who couldn’t attend the free launch in London, the work is also available for sale on platform Maybe.Art for £100 ($123) until December 20, with 100 percent of the proceeds going to Refugees International. The artist has tweeted a video about the making of the artwork, signing “freedom of speech” using UV ink on a piece of blank paper.

Although Ai has previously predicted that China’s protests against the stringent Covid lockdowns would not last, the work can also be viewed as a sign of solidarity with the protests, sparked by the deaths of a fire in Urumqi. The demonstrations that spread across China in late November have been dubbed the “White Paper Movement” or “A4 Revolution,” since protesters often hold up a piece of blank paper in the streets, as a comment against state censorship.

The protests are the largest the country has ever seen since the 1989 pro-democracy protests. Demands from the public have escalated from ending Covid restrictions and endless mass PCR tests under Chinese president Xi Jinping’s zero-Covid policy, to demands for freedom of speech and democracy. 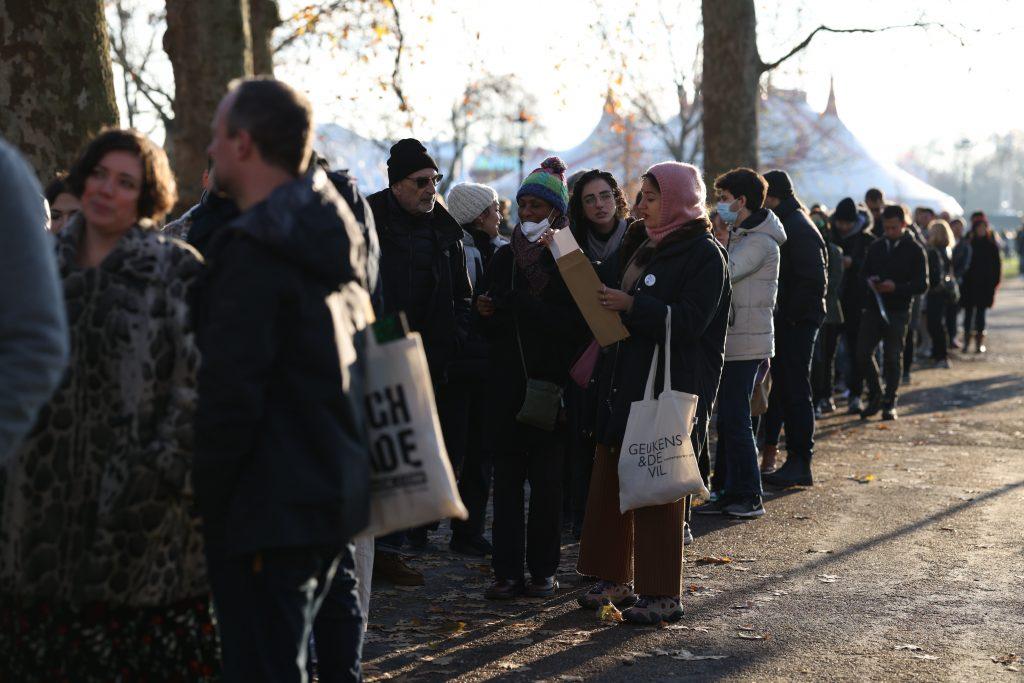 The protests appeared to be calming down, as the Chinese government has eased Covid restrictions in many places, but this does not mean there will be a peaceful conclusion to the biggest protests in the country in decades. According to experts, another wave of crackdowns on activist activities and challenges to Xi’s rule is expected. As a result, protests continue to be staged by Chinese communities overseas to keep a spotlight on the government’s actions.

On Saturday, December 10—marked by the United Nations as Human Rights Day—Ai turned up at Speakers’ Corner in London’s Hyde Park, a historic location dedicated to free speech. Sporting a Santa hat, the artist was seen handing out the artwork containing his invisible signature between 2pm and 4pm. Fans and supporters warmly welcomed Ai, and some were seen taking selfies with the social media–savvy artist.

Event organizers said they initially planned to hand out around 150 copies of the artwork, but a total of 450 versions were distributed due to the overwhelming turnout from the public. 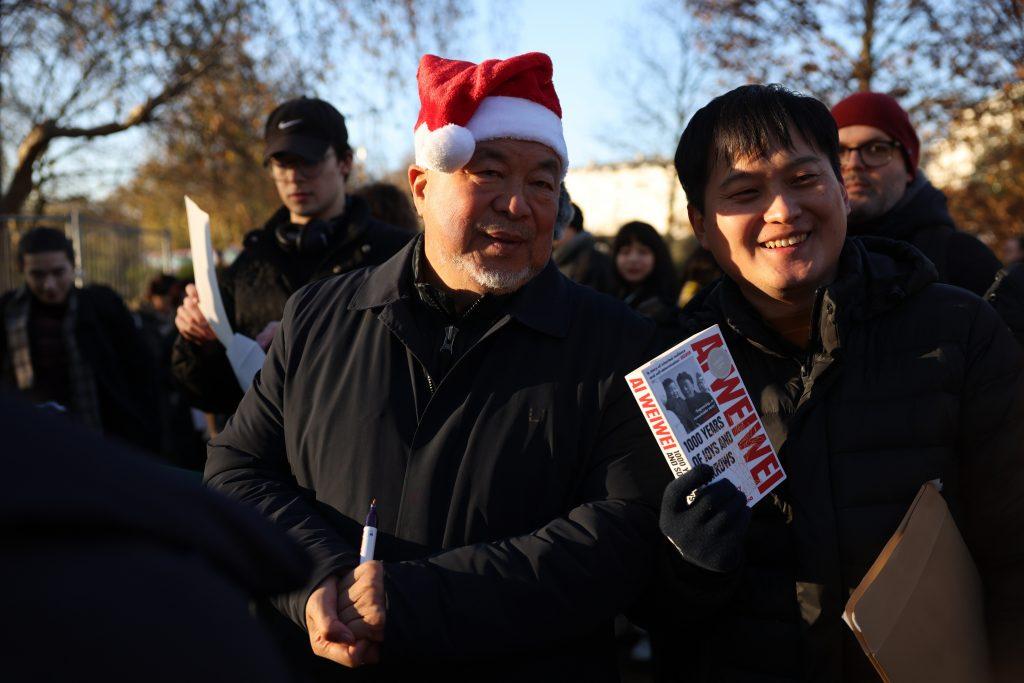