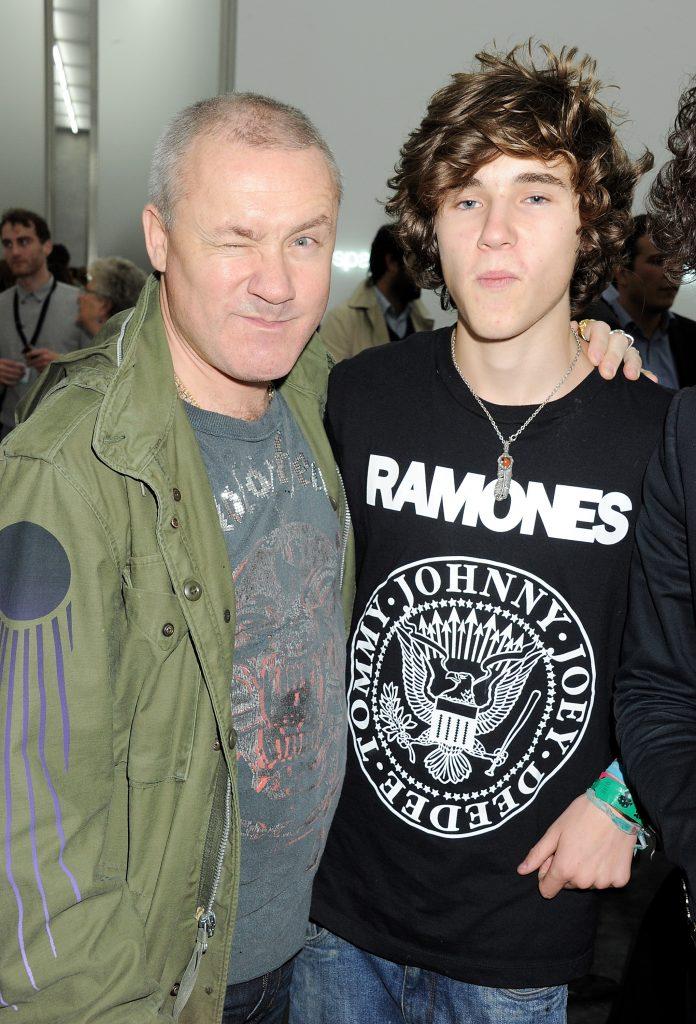 Rare-Book Dealer Charged With Selling Stolen Goods – Glenn Horowitz, a high-profile rare-book dealer in New York, and two other men were charged with conspiring to sell 100 pages of stolen notes and lyrics written by the songwriter Don Henley (including the words to “Hotel California”), lying to law enforcement, and fabricating the provenance of the papers. They are valued at around $1 million. Lawyers for Horowitz and the two other defendants have denied the charges. ()

V&A Plans U.K.’s First Major Exhibition of Korean Culture – “Hallyu! The Korean Wave,” opening at the Victoria & Albert Museum in London in September, will trace the evolution of Korean culture as it emerged on the global stage over the past 30 years. Exhibits include an immersive recreation of the Oscar-winning film ‘s bathroom set, costumes from the Netflix show , and monumental artworks by Nam June Paik, Ham Kyungah and Gwon Osang. ()

Damien Hirst’s Son Abruptly Resigns From Dad’s Companies – The artist’s 27-year-old son Connor to be confused with sneaker designer Cassius) resigned from his posts as director of two of his father’s biggest companies, Science U.K. and Prints and Editions, on June 23. A Hirst spokesman declined to comment on the reasons for the resignation. The companies turned over a combined £21.3 million ($25.3 million) last year. (Daily Mail)

A Vampire-Slaying Kit Just Sold for $15,000 – In the latest sign that the vibe shift is upon us and goth is back (don’t believe us? just ask North West), a U.K. auction house sold a Victorian-era vampire slaying kit for $15,517 at the end of June. The kit containing crucifixes, a pair of pistols, holy water, and a Gothic Bible, among other tools, is the latest offering from Hansons Auctioneers, which seems to have carved out a niche for the kits after selling another in 2020 for $3,000. (New York Post)

BMA Board of Trustees Elect Board Chair – The Baltimore Museum of Art’s board of trustees has elected James D. Thornton to serve as the 26th chair. The managing director of Thorwood Real Estate Group LLC is the first Black board chair of the museum. He succeeds Clair Zamoiski Segal, who held the position for seven years. (Press release)

Charles Ray Nabs Midcentury Manse – The sculptor—who had a busy year with shows at the Met, Glenstone, the Pompidou, and the Bourse de Commerce—recently scooped up a new home for some much-deserved R&R. The Brentwood, Los Angeles modernist glass and steel home is known as the Zeidler Residence for its previous owners. It had a reported $4.4 million price tag. (Dirt)

Artist-Led Weather Station Project Tracks Climate Change – A group of artists has created the World Weather Network, gathering data from homemade weather stations in 28 countries. The aim is to highlight the stories of individuals around the world who are personally affected by rising sea levels, changing seasons, and more severe natural disasters. (The Art Newspaper)

Serena Williams Promotes Murakami NFT – Celebrities may be distancing themselves from NFT profile pics, but Serena Williams is staying in the game… sort of. She posted a mysterious tweet promoting one of Takashi Murakami’s CloneX avatars, created in collaboration with the marketing company RTFKT. Although the post seemed to imply she had purchased the NFT, the last sale recorded was to a different user four months ago. (Twitter)