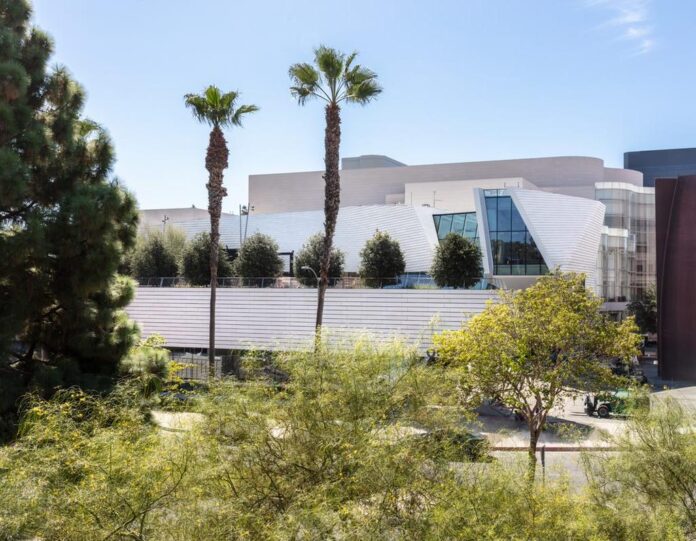 Germany Launches Raids of Climate Activists – German police raided at least 11 residences across the country this week as part of an investigation into the climate activist group “Last Generation,” which has become known around the world for blocking airport runways and roads and for throwing liquid, including food, at famous artworks in museums. ()

Studio Visits Can Be Risky for Female and Trans Artists – Though a normal part of art-world business, the intimate, one-on-one studio visit can be a triggering or traumatic experience, writes art critic Hall Rockefeller. “It deserves to be scrutinized, especially from the perspective of women artists and other populations the art world has systematically underserved,” she said. ()

Critic Calls Orange County Museum ‘Frankenstein’s Monster’ – Has any architecture review been more brutal than Oliver Wainwright’s takedown of the $94 million Orange County Museum of Art expansion? Designed by Morphosis, it had to open before the building was ready—and it shows: “Parts of the building are literally held on with tape. A temporary clamp keeps part of a soffit from falling down, while glass balustrades lean at precarious angles, their oversized steel fixing plates bolted with Frankenstein glee.” ()

Gladwell & Patterson Celebrates 275 Years – London’s oldest gallery will celebrate its 275th birthday next year—though new research suggests it might be even older, dating to 1746. To mark the event, the gallery will have a show of works from its archive and explore its rich history. “An Illustrious 275 Years” opens on January 11. ()

Soccer Star Collaborates With National Portrait Gallery – U.K. soccer star Raheem Sterling is bringing his “The Making of Me” to the National Portrait Gallery. His eponymous foundation aims to “champion further education, employment opportunities, and social mobility for young people.” As a part of the program, 30 young people will attend workshops and then create art inspired by the museum’s collection. (The Art Newspaper)

Wolfgang Tillmans Photographs Fauci – The German photographer, who is the subject of a major show at MoMA in New York, photographed Anthony Fauci, America’s chief immunologist. During the shoot, the two spoke about the AIDS crisis, which Fauci helped mitigate in the 1980s by developing drug therapy (Tillmans is HIV positive). (, )

“I did not realize ‌‌how unexpected circumstances would profoundly influence the direction of my career and my life,” writes Dr. Anthony Fauci ahead of his retirement. “I would soon learn to expect the unexpected.” https://t.co/JzWbZBDFSH