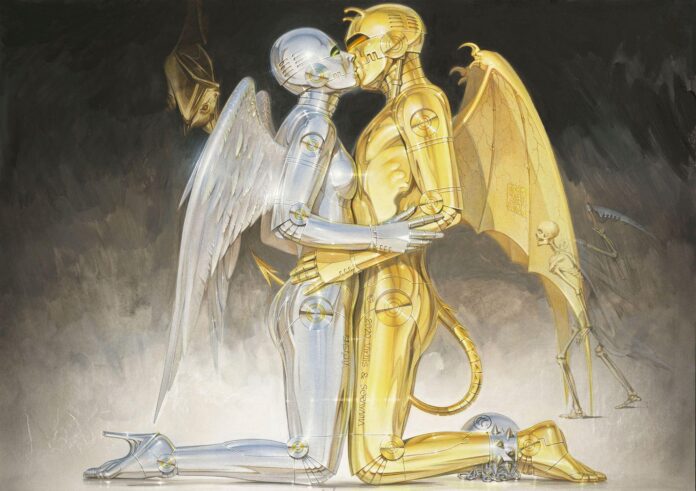 The Museum of Sex, the racy New York institution exploring the fabric of human sexuality, revealed today that it will open a second location in Miami, in the spring of 2023.

According to a press release, the new outpost will strengthen the museum’s “mission of advocating open discourse and engagement” as it celebrates its 20th year. It is expanding into the Allapattah district, which in recent years has drawn contemporary arts spaces including Superblue, the Rubell Museum Miami and collector Jorge Pérez’s El Espacio 23. Like its future neighbours, the Museum of Sex will repurpose a warehouse for its programming, and it has hired the influential and internationally renowned architectural firm Snøhetta to lead the design.

Since it opened in 2002, the Museum of Sex has mounted crowd-pleasing exhibitions ranging from a bouncy castle made of inflatable breasts to a showcase exploring the sex lives of animals. But over the last five years, with the appointment of nightlife impresario Serge Becker as its creative director, the museum has increasingly brought art into its galleries, exploring topics as varied as sex in the works of outsider artists; the development of sex positivity in media; and the experiences of LGBTQ communities in Peru, through photographs and sculptures by Juan Jose Barboza-Gubo and Andrew Mroczek. In 2019, it hosted the first US museum survey of the Argentine Italian artist Leonor Fini, which received widespread critical acclaim.

Inaugurating the Miami location’s programme will be the first solo museum exhibition in the United States by Hajime Sorayama, a Japanese illustrator who reached cult status in the 1990s for his erotic visions of cyborgian figures known as Sexy Robots. (He also executed the first designs for Sony’s famous Aibo robotic dog.) Hajime Sorayama: Desire Machines will feature four robot sculptures, each more than nine feet tall, and 20 never-before-seen paintings. The museum will also open with a survey of more than 500 hundred objects, dating from the 1920s to the present, that explores designs of sexual health products and ideas of decency over time.

“We are excited to reach this major milestone in our history and to bring our vision to the vibrant cultural landscape of Miami, Daniel Gluck, the museum’s executive director and founder, said in a statement. “Our inaugural programming perfectly embodies our ambitions to be a thought-provoking forum around sex and sexuality, and to bring forth a unique, publicly loved and critically acclaimed cultural offering to Miami.”

‘Unsung Heroes’: A Show of Remarkable Designs Recognizes the Contributions Made by 12 California Women Artists