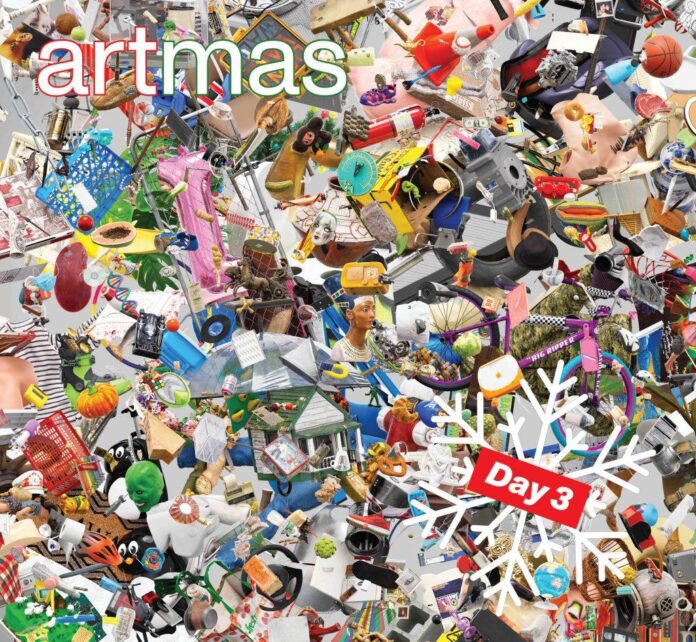 The brand made its debut at a Design District pop-up during the latest Miami Art Week. At present, UF pieces are only available for purchase at such sporadic, in-person activations.

Replete with palm trees and up-beat house music, Deitch’s UF Drop Shop (open through December 23) offers a colorful reprieve from the brisk SoHo streets while peddling up-cycled vintage clothing, signed prints, home furnishings, even books from Fischer’s personal collection, all of which fans can acquire for much less than his original artworks.

The crown jewel of the current UF collection transforms a still from Fischer’s digital sculpture CHAOS #501 (2022) into a 2,000-piece puzzle. The original artwork itself is a raw data file decoupling all 1,000 3D-scanned objects that appear throughout the 500 digital sculptures, or “collisions of things,” in Fischer’s pioneering 2021 NFT collection CHAOS #1-500. Each individual work pairs two unrelated objects.

CHAOS #501 culminates the expansive series, intermingling all 1,000 objects, from a gingerbread house to a pack of highlighters, so they float independently in an infinite tangle that can be rendered in a range of physical and digital manifestations. One digital sculpture from the NFT series depicts a gem-encrusted bird perched atop an orange bell pepper. Both items appear on their own somewhere in CHAOS #501—if you can find them. 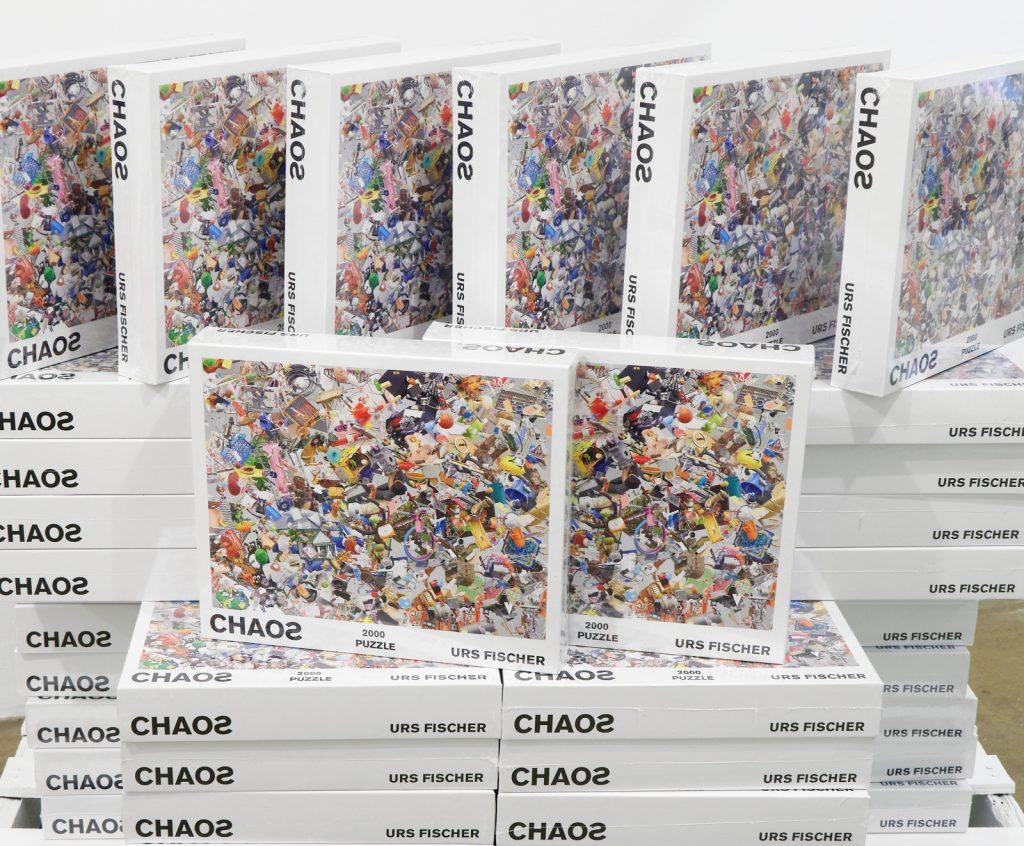 The puzzle, available for $50 exclusively at the UF Drop Shop, is equal parts art keepsake and toy. “Big puzzles of candies and chocolate brands always captured my imagination,” Fischer told Artnet News. People working on the puzzle project “ended up looking for specific objects, just like solving a puzzle,” he said.

CHAOS #1-500 first dropped as 500 numbered NFTs that have since appeared on platforms like Coinbase and Makerspace, the series’s technical partner. The full series of sculptures debuted together in-person across three monumental screens at the Marciano Art Foundation in Los Angeles earlier this year.

You’ll find those “collisions” on t-shirts at the UF Drop Shop, where the walls are adorned with an edition of cloud-shaped mirrors and an array of silk-blend scarves printed with imagery from Fischer’s oeuvre, appearing as bonafide artworks at first glance. A CHAOS puzzle is spread across one of the artist’s signature resin-finished tables—visitors and staffers have been chipping away at it, slowly.