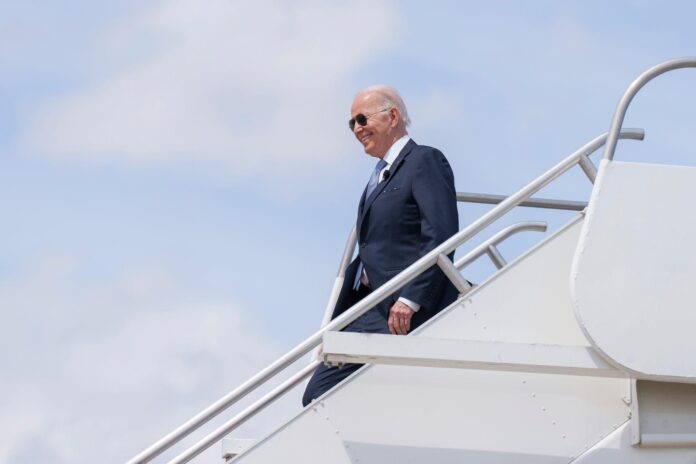 A group of artists, including Kiki Smith, Molly Crabapple and Alec Soth, as well as the novelists Paul Auster and J.M. Coetzee, the playwrights David Henry Hwang and Lynn Nottage, and dozens more, have signed a letter urging US president Joe Biden to denounce Saudi Arabia’s human rights abuses, specifically regarding freedom of speech and artistic expression, during a meeting with Crown Prince Mohammed bin Salman (MBS) later this month.

Biden’s visit to Saudi Arabia, once unthinkable given his description of the country as a “pariah” during his campaign, has been precipitated by Russia’s war in Ukraine and the resulting global fuel crisis. But the 44 signatories of the letter, organised by human rights organisation PEN America, want Biden to reserve time amid his energy diplomacy to publicly pressure MBS on his country’s grim human rights record.

“We hope that he will publicly call for the unconditional release of writers and dissidents in prison,” says Liesl Gerntholtz, the director of the PEN/Barbey Freedom to Write Center. But, she added, “I would not be surprised if all we hear is that Biden discussed human rights privately with the Crown Prince, because that’s exactly what happened after he met with Vladimir Putin in 2021. But even that, it is valuable for him to do that, for the US government to continue to put a stake in the ground.”

Saudi human rights violations include the grisly murder of Washington Post columnist Jamal Khashoggi at the country’s consulate in Istanbul in 2018, which US intelligence agencies say MBS approved, as well as the imprisonment and persecution of numerous dissident writers and journalists. PEN America’s most recent Freedom to Write Index ranked Saudi Arabia as the world’s second-worst jailer of writers, behind China, with 29 writers in prison in the country because of their work in 2021. Many of them have been jailed for upwards of five years, often without being charged, and those who are released frequently must adhere to stringent constraints on their freedom for years afterward.

“We ask you not to be fooled by Saudi efforts to disguise the stifling of free speech, including through the release of a number of writers, bloggers and activists in 2021,” the letter to Biden states. “The vast majority were released under stringent conditions that continue to infringe their free expression rights, including prohibiting them from using social media or speaking to the press, travel bans, and suspended prison sentences.”

Biden’s visit and PEN’s campaign come amid a well-funded, years-long Saudi campaign to make the country a major force in contemporary art and cultural tourism through initiatives like its partnership with Desert X and plans to turn the country’s AlUla region into a cultural and archeological destination.