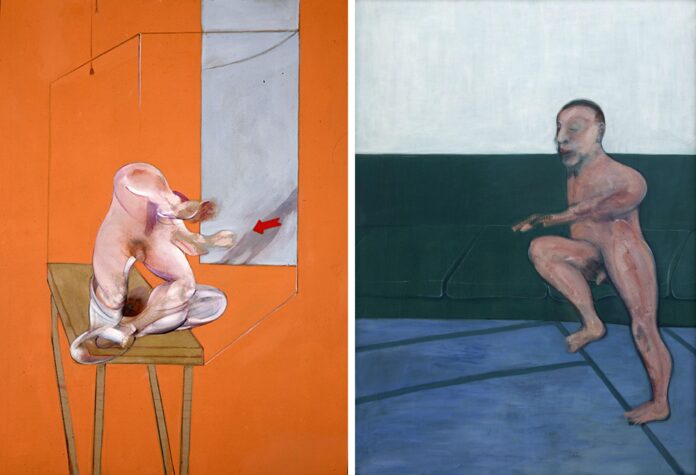 Two paintings by Francis Bacon are among the most expensive works offered at this year’s Frieze Masters. The first, Study from the Human Body—Figure in Movement (1982), from Marlborough Gallery, shows a contorted naked male torso wearing cricket leg pads, a decision Bacon said he made to make the image look “more real”. The work was bought by a private collector directly from the artist in 1984. It comes from a two-part series, the first of which is in the collection of the Centre Pompidou in Paris. Priced at $30m, it is the most expensive work at the fair with a disclosed price. It was placed “on reserve” prior to the fair’s opening, gallery director Joe Balfour says.

For Bacon collectors with exactly half that budget, Skarstedt is offering an earlier work by the British artist, Seated Figure on a Couch (1959), for $15m. An abstracted portrait of Bacon’s one-time lover, the fighter pilot Peter Lacy, the work comes from a private collection and was purchased from Bacon’s first show at Marlborough. It was made the year after the artist switched representation from Hanover Gallery to Marlborough, which represented him until his death, famously advancing the artist money to pay off his gambling debts. At the end of preview day, this work was still available. Neither Skarstedt nor Marlborough represents Bacon’s estate.