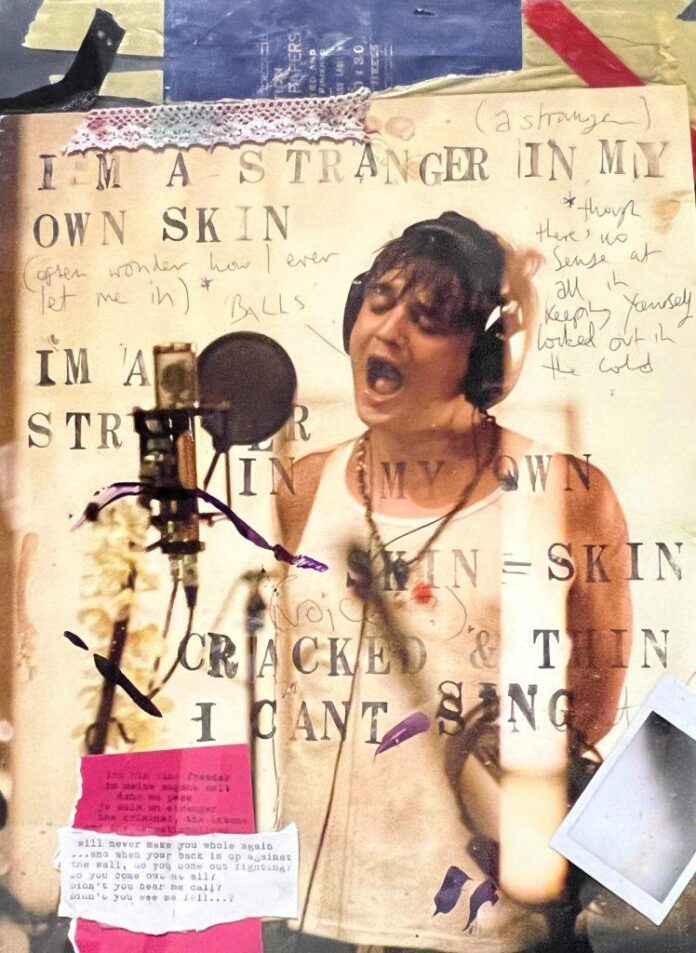 Turning his hand to the canvas once again, Pete Doherty, who is best known as the frontman of The Libertines and Babyshambles, has a new solo exhibition opening tomorrow at Janine Bean Gallery in Berlin.

“Contain yourself (seriously)” is intended to give visitors a glimpse into the rock musician’s creative life, with an installation of objects exhibited alongside his collages, a series of texts he wrote on a typewriter, and pre-recorded readings. 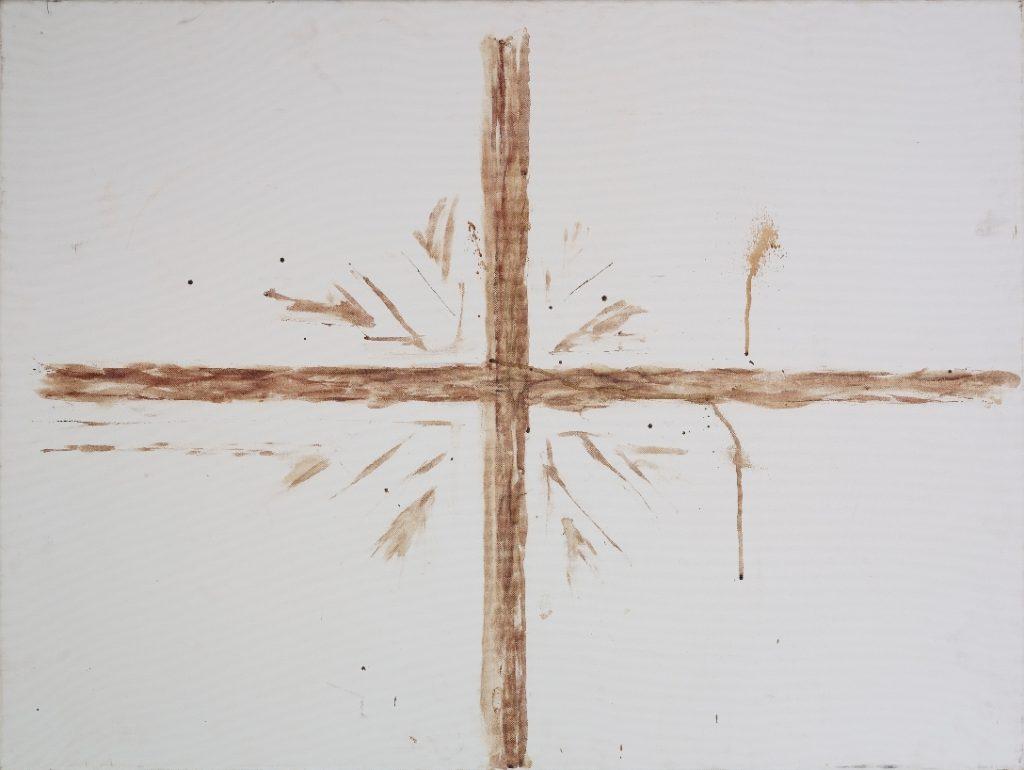 It will also feature , one of Doherty’s paintings made using his own blood, which he applies to the canvas using a syringe. He has called this technique “arterial splatter.”

“Doherty used blood as a stylistic device,” wrote Christian Martinez Schwabbauer in a text for the gallery, “not to shock, but because he saw it as a symbol of the self-sacrifice of the artist who pours everything he has within himself into his life, his music, and his paintings.”

Doherty has been publicly exhibiting his works since 2007, at the height of his fame, when he had his first solo show at Bankrobber Gallery in London.

Another show of the blood-splattered paintings at Galerie Chappe in Paris in 2008 prompted backlash after campaigners accused Doherty of glamorizing drug use by using needles to produce the works. (He did not attend the opening because he was in jail for missed court appointments and using drugs while on probation.)

‘This Is the Essence of Life’: Watch Artist Wolfgang Laib Meditate Over His Sculptures Inspired by Ancient Ziggurats