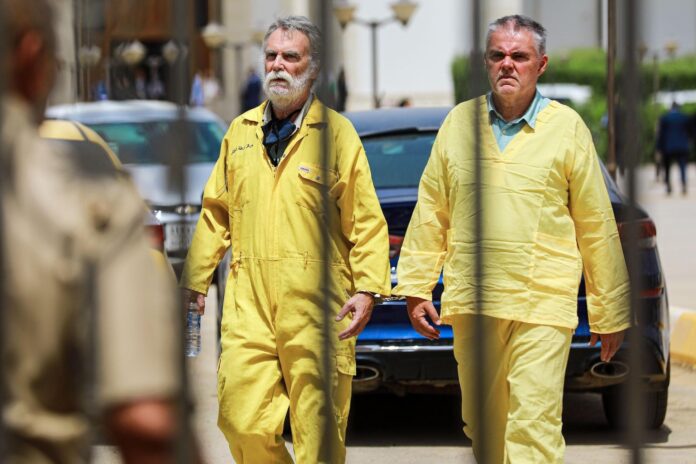 After spending six and a half weeks in Baghdad’s notorious Rusafa prison on charges of antiquities smuggling, retired British geologist James Fitton will soon be a free man.

A statement released by his family today (26 July) said, “We were informed this morning that the appeals court has decided to quash the verdict of the Felony Court, to fully recognise Jim’s innocence in this case, and to process his immediate release from a 15-year prison sentence in Baghdad.”

The 66-year-old retired geologist was charged under a 2002 law enacted during the regime of Saddam Hussein to help stem rampant antiquities smuggling—charges that could have resulted in a death sentence. His alleged crime was taking what his daughter Leila Fitton called “a few worthless pieces of broken pottery” from the ancient site of Eridu in the south of Iraq.

He apparently collected the shards with the blessing of his tour guide, Geoff Hann—who later died in police custody in hospital—and under the gaze of representatives from the State Board of Antiquities and Heritage (SBAH) and local police.

According to Fitton’s lawyer Thair Soud, Hann, a woman from South Africa who was his assistant and German national Volker Waldman, who was part of their tour, also had shards in their possession. Due to an error by customs officials at the airport, the South African woman was allowed to fly home. Waldmann was charged but then released, according to Soud, because he told authorities that Fitton had given him two of the stones from Eridu. Fitton was initially charged, his lawyer says, because he immediately admitted to having taken the shards from the desert floor of the site as souvenirs.

Soud claims he won the appeal for his client by pointing out inconsistencies and errors in the consideration of evidence and application of law.

“The stones were out in the open and still are now,” he says. “They were not fenced and there were no guards. So the first impression my client had was that they were useless stones. Otherwise, they would have been a target for thieves and the government would have put them in a museum.” He adds, “The people from the Ministry of Tourism accompanying the tour didn’t warn them not to take the stones—because they were in fact worthless shards.”

Soud says the felony court based its verdict on a “mistake in the application of the law”, basing it only on conduct—Fitton’s admission that he took the stones—and not on his “clear lack of criminal intent”, evidenced, he says, by the fact that his client never made any attempt to conceal the souvenirs he was taking home. They were found wrapped in tissue in Fitton’s shaving kit.

Soud says he also asked the appeals court, “Where are these shards that were confiscated from my client that SBAH deemed to be valuable antiquities? Are they in a museum? If they’re there, then why were they and still are left out in the open? If they’re in the garbage, then why charge an innocent person?”

As of press time, SBAH had not responded to a request for comment.

There is no clear release date for Fitton, who is still in the general population of Rusafa prison, home to Islamic State members and others. “It is a matter of paperwork but we hope it will not take long as my client has suffered a lot,” Soud says.

How new US sanctions regulations impact the art market