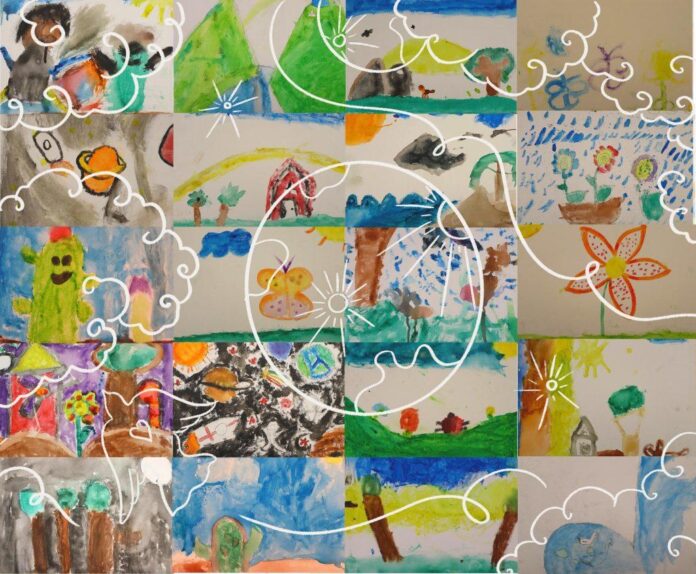 As is often the case, a fun assignment for children turned out to be an enlightening experience for adults. For Bulgari North America and Save the Children’s “World of Wonder,” 1,200 elementary school students were tasked with depicting “wonder” in watercolor. It was an art exercise, but also a journey of giving and collaboration, since the project will ultimately benefit arts programming for children in need.

The paintings are heavy on sunshine, rainbows, and the great outdoors. The art is a breath of fresh air, and many are destined for to be displayed in a manner more grand than being taped to a refrigerator. Eighty have been grouped into digital collages by the French artist Helena Soubeyrand, who then layered her elegant illustrations over a pastiche of the kids’ utopian visions.

“It’s their dreamland,” Soubeyrand says of the kids’ work. “It’s what moves them and it’s the light we have in us. It’s all about sun, rainbows, and connections with the animals. It’s all so universal. All over the world, the symbols are the same. It’s so precious to protect this light and this freedom of mind.” 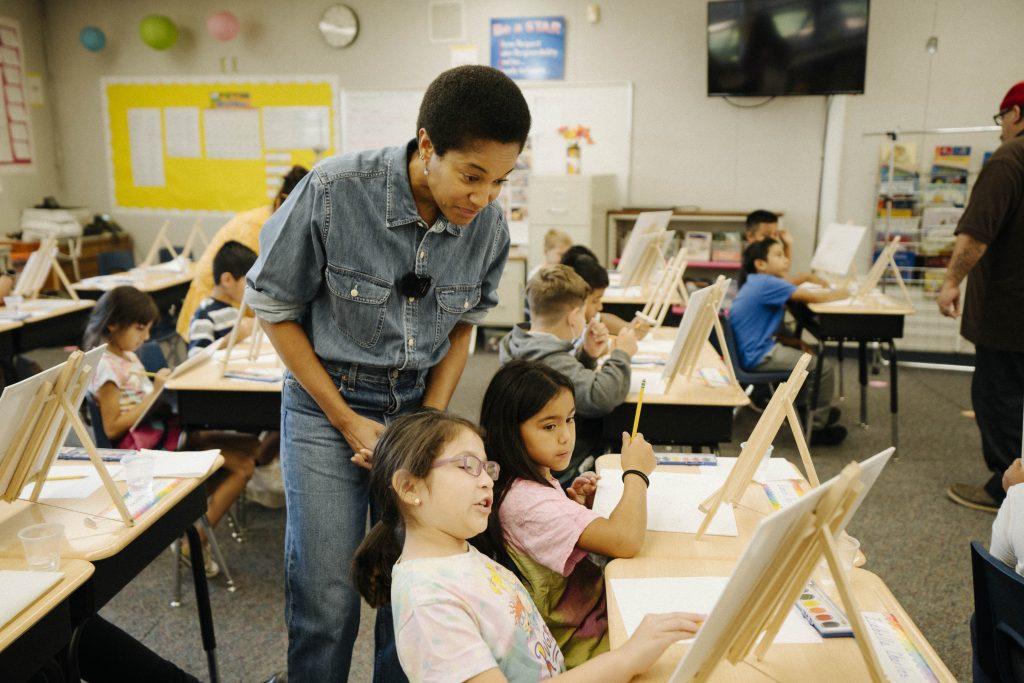 “In this project I tried to capture the dream we all have as children—hope,” Soubeyrand said. The finished results will be displayed at an event at the San Francisco Bulgari flagship store on November 17 and will remain on view for the rest of the year. A panel discussion at the opening will include Laura Burdese, Global CMO of Bulgari Group, Luciana Bonifacio, Chief Development Officer at Save the Children, and Tamu McPherson, digital creator and Corporate Social Responsibility Ambassador of Bulgari.

“Creativity is important for children because it opens their minds and hearts, allowing them to use the imagination to create scenarios that bring positivity into their worlds,” says McPherson, who worked closely on the project, visiting schools in California through Arte di Bvlgari, the brand’s ongoing initiative to help students access arts education. The program works in conjunction with Save the Children’s after school math and literacy enrichment.

On November 20—World Children’s Day—10 percent of sales from Bulgari’s retail network in the U.S. will be donated to Arte di Bvlgari. The digital collages will also be available to purchase and benefit the charity.

Bulgari’s partnership with Save the Children began in 2009, and has since raised more than $100 million for the charity to support 2.2 million children through education and enrichment, emergency response, youth empowerment and poverty reduction programs. 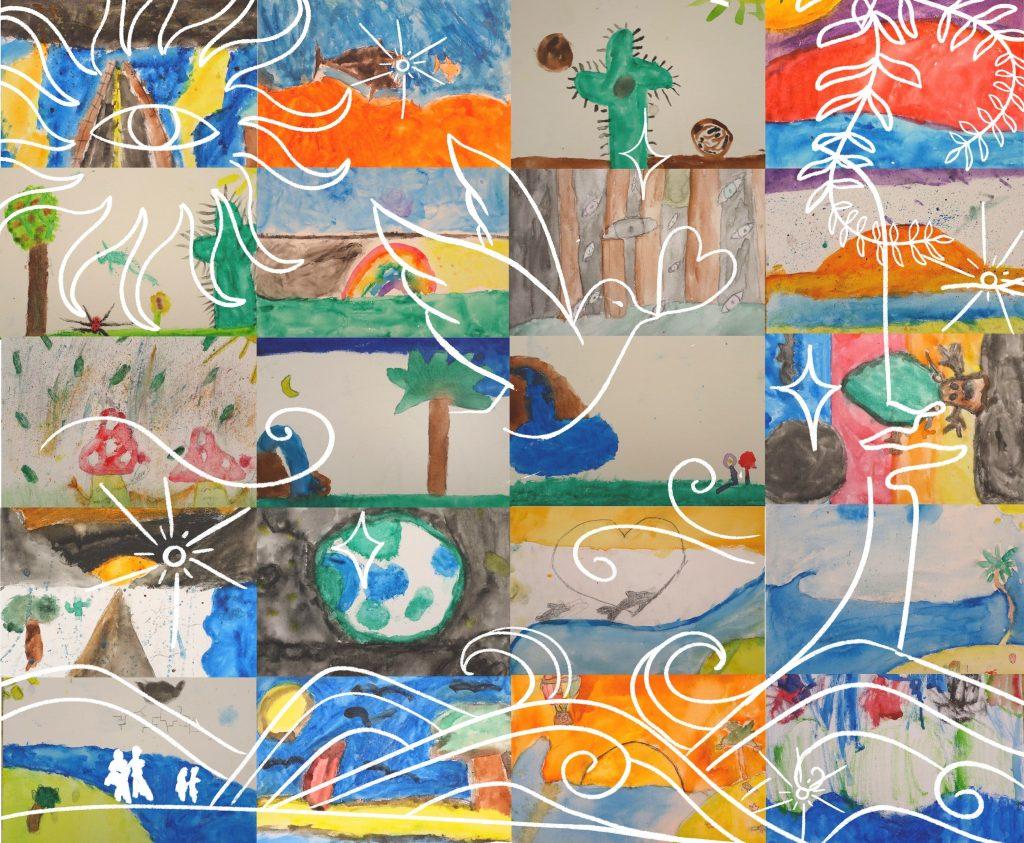 Helena Soubeyrand uses a minimal approach to accentuating the children’s wonder of nature in her digital collage Le Voyage. Photo: courtesy of Bulgari.