Home News TeamLab Wins an Early Victory in Its Copyright Suit Against an L.A.... 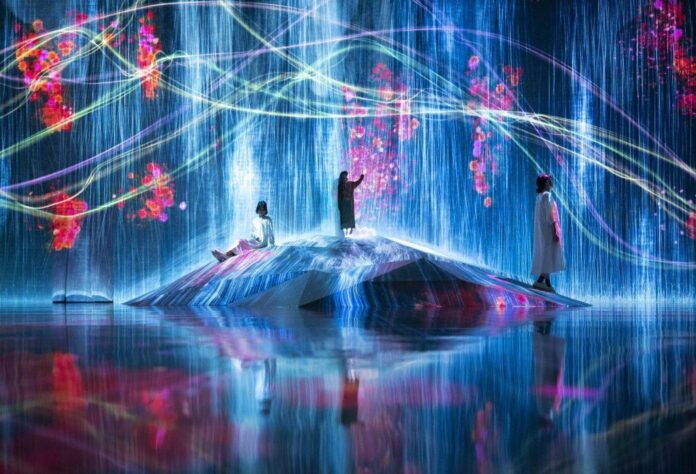 TeamLab—the Japanese art collective that draws crowds around the world for its immersive environments—is declaring a partial victory in an ongoing copyright dispute with a Los Angles museum that may have infringed on its work.

Though the complex case is far from over, and is still set to proceed to a jury trial, the latest ruling is likely to set key precedents for the increasingly popular realm of immersive installations.

The defendant in the case is the for-profit Museum of Dream Space (MODS), which teamLab sued in 2019 after fans alerted the collective to striking similarities between its own work and installations that appeared at MODS shortly after its opening, in 2018. MODS was founded by the U.S. subsidiary of a Beijing technology company called Dahoo that also produces light shows, 3D maps, and installations for shopping malls.

On January 9, a California court ruled on several competing summary judgment motions from each side. The court held that teamLab’s digital art exhibits are subject to “broad” copyright protection because of how creative they are, as well as that there was significant evidence that MODS copied them, such that the “extrinsic” substantial similarity test was satisfied.

For example, the court found that teamLab’s and MODS’s “are substantially similar, if not virtually identical” to the extent that the court would need to look hard to identify any differences. “The spatiality, lighting simulation, and color changes of Galaxy Dream so closely resemble Crystal Universe that the Court must necessarily set out to detect the disparities,” the ruling states.

The court did not rule in teamLab’s favor when it came to whether an expert proposed by MODS could weigh in (the court ruled that she could), and whether MODS infringed on teamLab’s exhibits via a music video that pop star Justin Bieber filmed there.

MODS now operates locations in Beverly Hills, Las Vegas, and Hollywood. In 2020, Justin Bieber filmed the music video for his song “Intentions” at the L.A. attraction. (Bieber’s team took the video offline after teamLab’s lawyers contacted them about the ongoing lawsuit.) 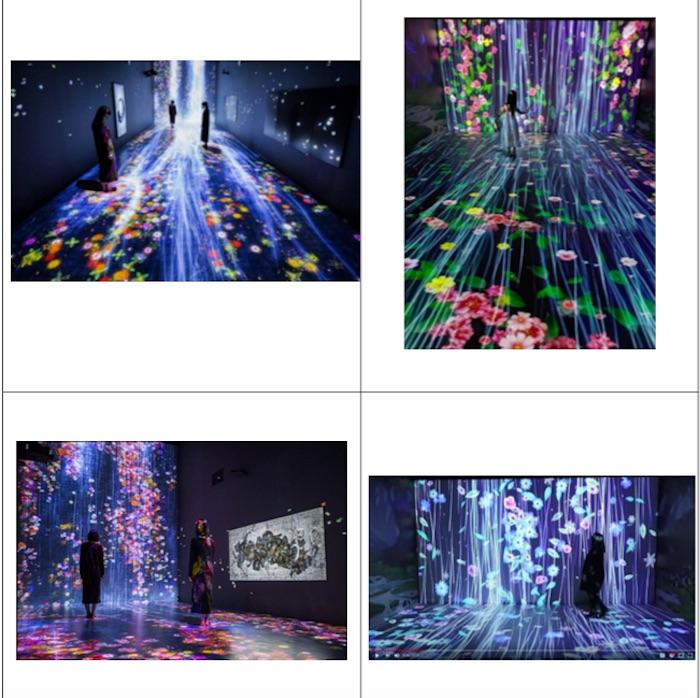 Side-by-side images of teamLab’s Boundaries on the left and MODS’s Season Dream on the right. Image via Pacer.

The court said several issues remain for trial, including how certain additional exhibits stand up on the “intrinsic test,” which is defined as a subjective comparison that focuses on whether the “ordinary, reasonable audience would find the works substantially similar in the total concept and feel of the works.”

Other key issues in the case include the implications for how international copyrights are enforced in the U.S., and whether Dahoo is liable as a parent corporation for the infringing activity of its subsidiary. A scheduling conference is currently set for February 17.

“We are very pleased with the court’s ruling on the summary judgment motions,” said teamLab attorney Scott Sholder. An attorney for MODS did not immediately respond to a request for comment.

We Tagged Along With Florie Hutchinson, San Francisco Arts Expert, to View FOG and Much More